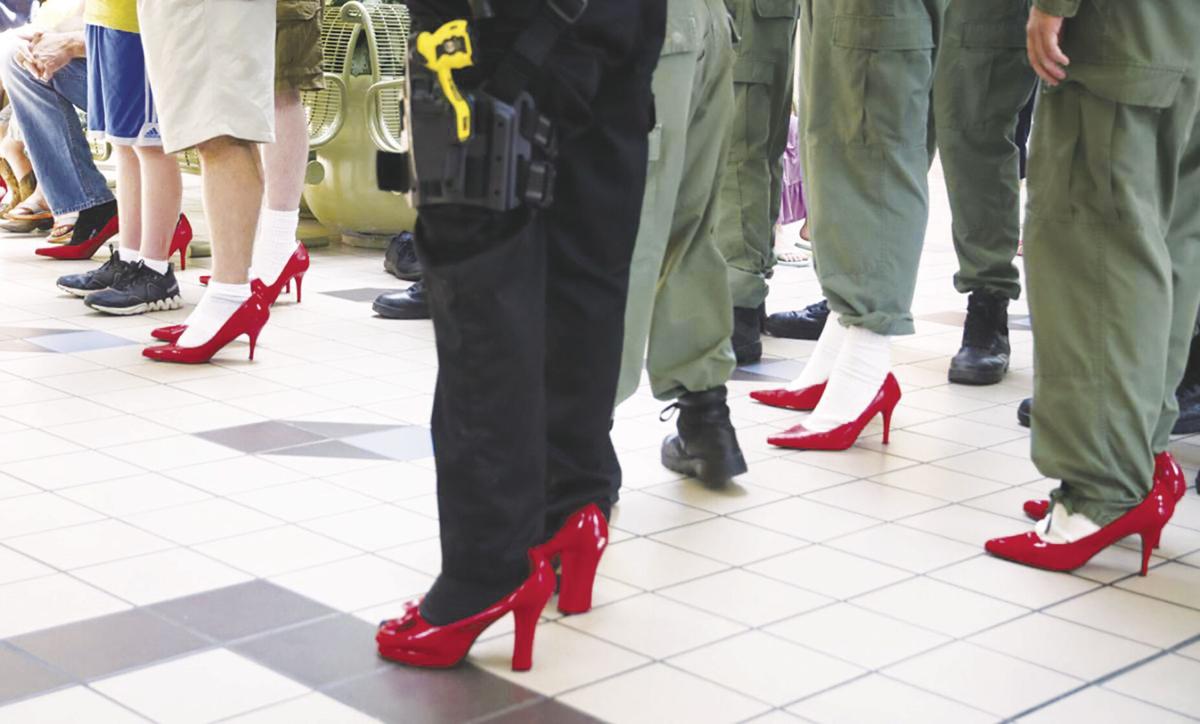 A group of men wear high heels during the 2015 Walk a Mile in Her Shoes event organized by Casa de Esperanza to raise awareness about sexual assault. 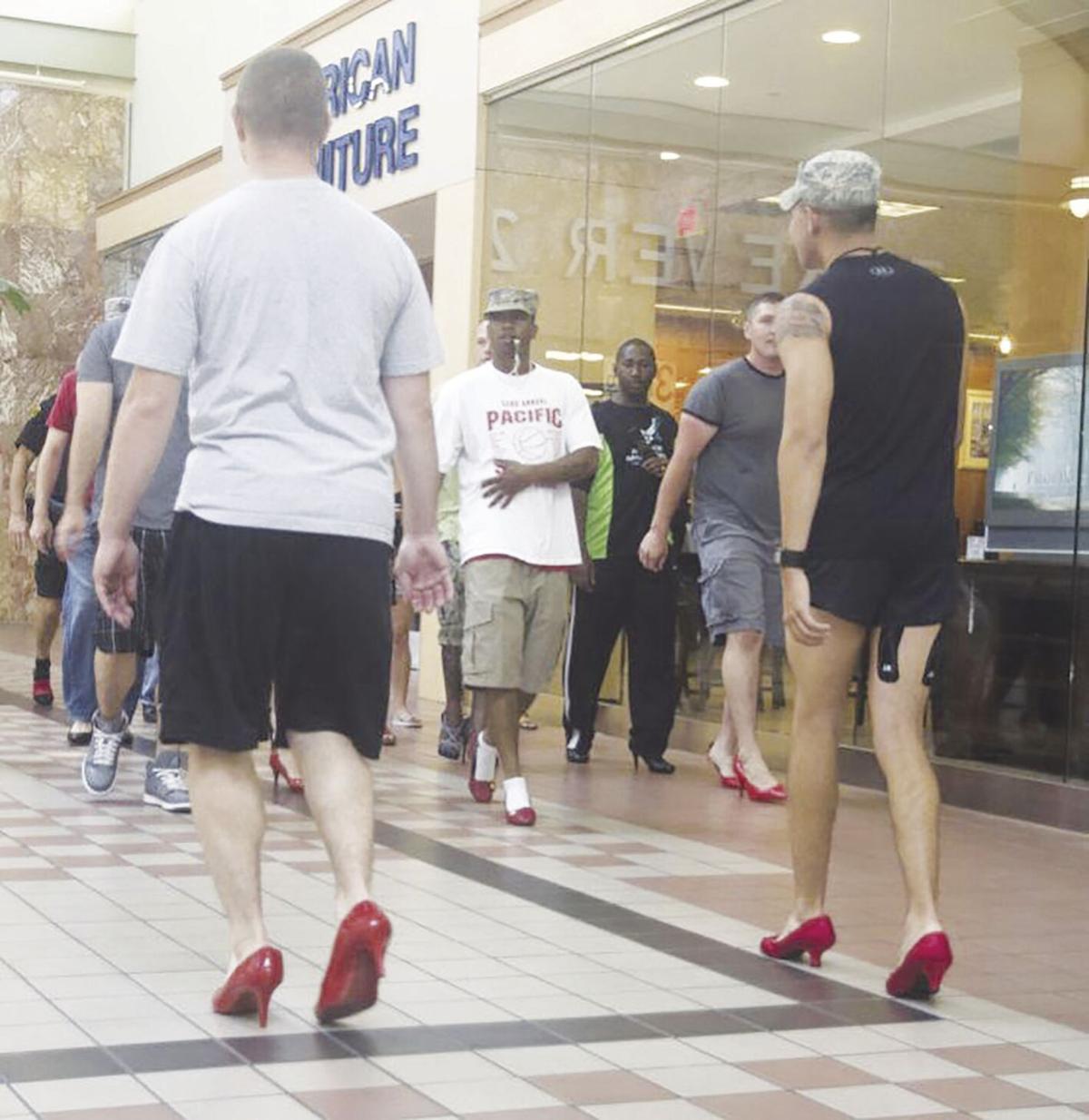 Airmen from Beale Air Force Base walk around the Yuba-Sutter Mall in high heels to bring awareness to sexual assault during Casa de Esperanza’s Walk a Mile in Her Shoes event in 2014.

A group of men wear high heels during the 2015 Walk a Mile in Her Shoes event organized by Casa de Esperanza to raise awareness about sexual assault.

Airmen from Beale Air Force Base walk around the Yuba-Sutter Mall in high heels to bring awareness to sexual assault during Casa de Esperanza’s Walk a Mile in Her Shoes event in 2014.

It’s not every day one might see a local councilman, police officer or service member from Beale Air Force Base strap on a pair of ruby red high heels to strut around a shopping mall.

However, that’s what will be on display this Saturday when the Walk a Mile in Her Shoes event takes over the Yuba-Sutter Marketplace for a few hours. The purpose of the event is to raise awareness about sexual assault, said Debbie Collier, executive director for Casa de Esperanza.

“It’s a light-hearted way to draw attention to this difficult topic that is not just a woman’s issue but a cultural and societal issue,” she said. “This is a way for men to get on board and to make a statement that (sexual assault) is not OK.”

Casa de Esperanza is a local nonprofit that provides shelter and services to victims of domestic violence, sexual assault, child abuse and human trafficking in Yuba, Sutter and Colusa counties. Collier started the event in the early 2000s when she was working as a project director for the nonprofit.

According to Casa de Esperanza, one in three women experience sexual assault in their lifetime, and one in six boys are sexually assaulted by the time they are 18 years old.

“This is something that Casa by ourselves can’t do alone, no one who works in this field can make a big difference by themselves. What makes a difference is when the community gets involved, that raises more awareness, and this event is an opportunity for that to happen,” Collier said.

Magdalena Arroyo, sexual assault project director for the nonprofit, said participants will select a pair of women’s shoes to wear while walking a few laps around the inner part of the mall. There will be shoes of all sizes and styles available, though participants are allowed to bring their own women’s shoes.

The event will start at 11 a.m. and run until 2 p.m. Arroyo encouraged community members to call Casa de Esperanza beforehand to register and learn more about the services it provides, though registration can also be done in-person the day of.

“It’s really a great way for people to show their support,” Arroyo said. “A lot of time our victims are not comfortable with speaking up or reporting sexual assault, as there is a lot of shame or guilt that can come with this type of trauma. I just feel like when we can get our community to show up and participate, it’s a great way to say there are people here to hear you and support you while you deal with the trauma you have been put through.”

A raffle will be held at the end of the event to help raise funds for the nonprofit, though the event itself will be free. Saturday’s walk is part of planned events Casa de Esperanza is organizing during Sexual Assault Awareness Month.

“This is one of those traumas and crimes that people are afraid they won’t be believed,” Collier said. “…To stop that silence we need to believe.”