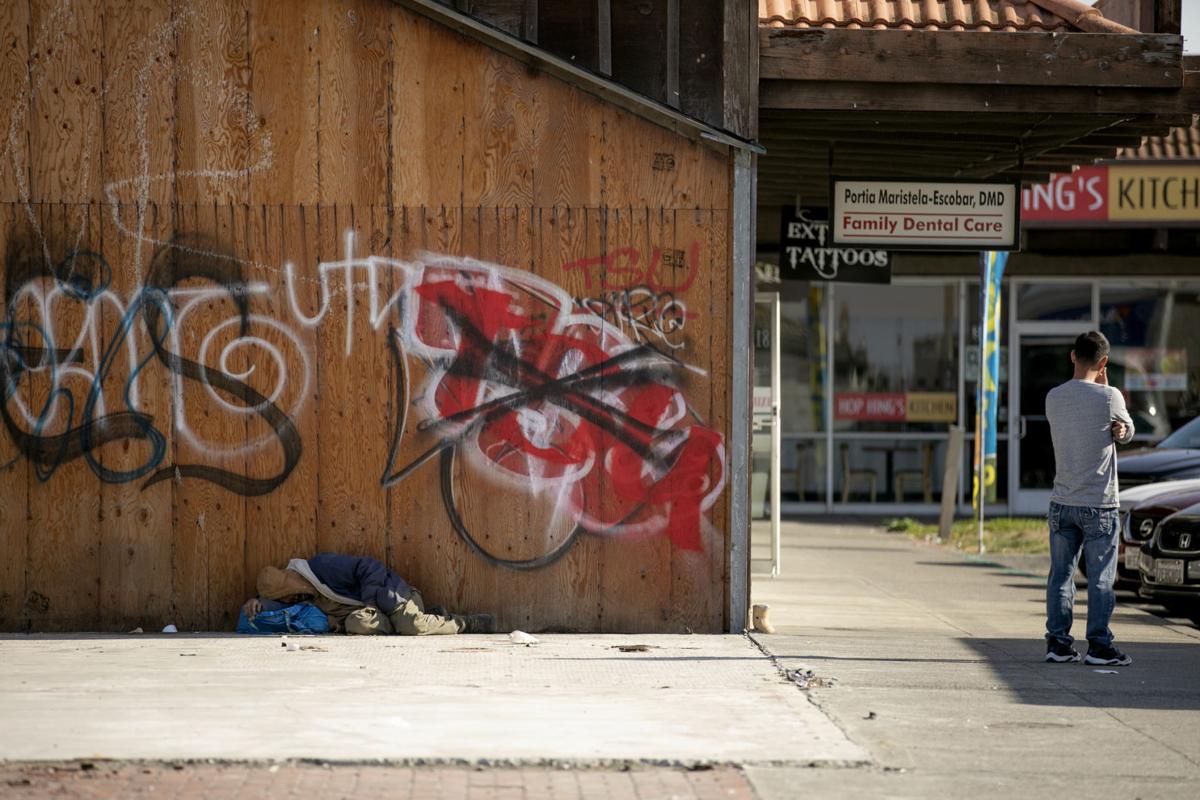 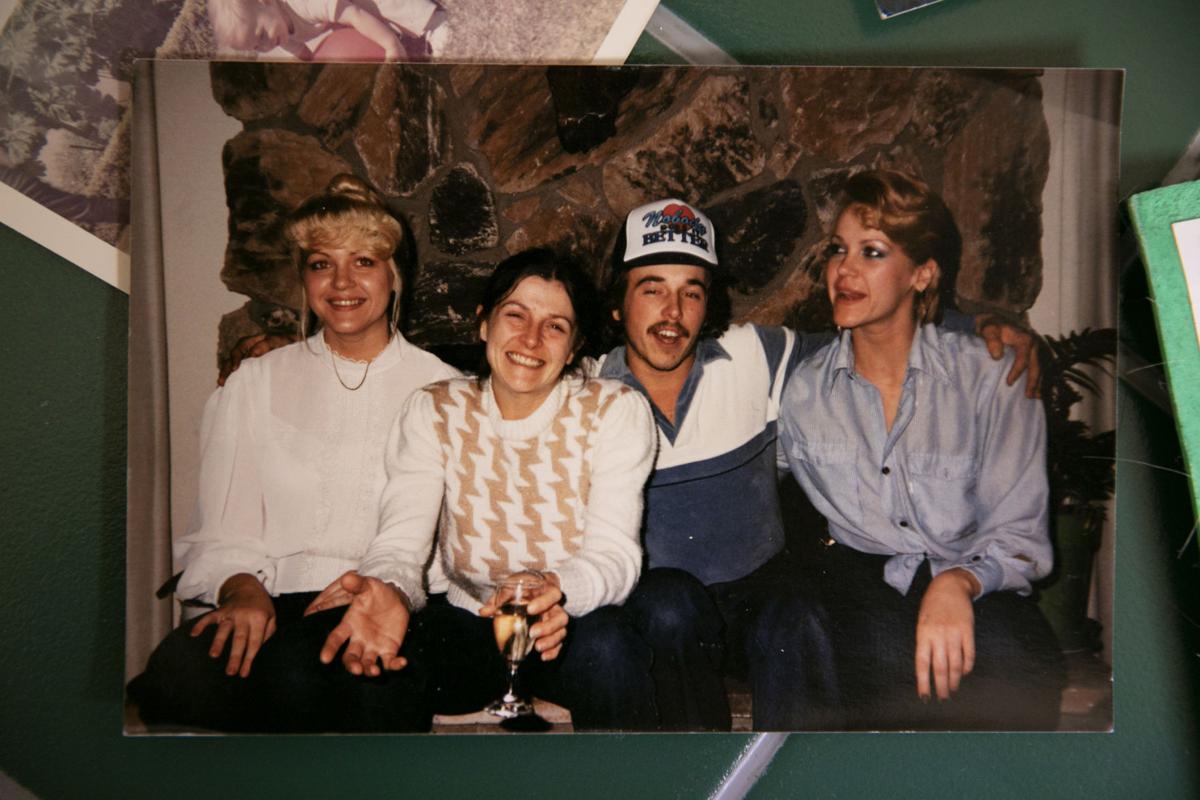 A family photo of Mark Rippee with his sister Linda, far left, and Catherine, far right, before his traumatic brain injury.

A family photo of Mark Rippee with his sister Linda, far left, and Catherine, far right, before his traumatic brain injury.

Editor’s Note: This is the first of two parts.

The sightings of James Mark Rippee are all over his sisters’ Facebook.

Someone spotted him sleeping by a furniture store in Vallejo. Someone walked him to a gas station for coffee. Someone prayed for him at Nations Giant Hamburgers.

Rippee, 56, developed schizophrenia after a horrific motorcycle accident more than three decades ago caused a traumatic brain injury and the loss of his eyesight.

His delusions range from being an alien, to getting chased by the KKK, to being prevented from collecting his lottery winnings, his sisters say.

In September, he stepped into traffic and was hit by a car, his sisters say, then developed a brain abscess. After weeks in the hospital and a board-and-care, he walked out and his 62-year-old twin sisters –Catherine Hanson and Linda Privatte –weren’t alerted.

Why do people as sick as James Mark Rippee sleep on our streets? Some blame laws that prioritize civil rights over forced treatment; others point to an under-resourced and uneven mental health system that has failed to provide people like Rippee with long-promised care.

Everyone struggles with the same underlying question: What should be done?

“When we allow people to deteriorate on the streets, or interface with law enforcement that leads to incarceration, what are we doing?” asks Dr. Jonathan Sherin, director of the Los Angeles Department of Mental Health. “We’ve lost our compass.”

In the meantime, families watch in desperation as loved ones cycle between homelessness, emergency rooms and jail cells. Short courses of medication may lead to the quieting of voices, which, in turn, leads to a release to the streets.

Until 1967, it had been fairly easy for a family member to call police to force someone into mental health treatment. But conditions in the state hospitals were frequently abhorrent: Patients wore gunny sacks, sometimes bathed just once a week, and were subjected to lobotomies and electric shock treatments. Too often, people were locked away for life.

When the Lanterman-Petris-Short law took effect a few years later, it established strict criteria for involuntary treatment. It imposed specific timeframes for involuntary confinement and limited involuntary holds to those deemed a danger to themselves or others, or gravely disabled. This included the 72-hour hold that police term a 5150.

But within a few decades, Sen. Petris noticed growing numbers of people with serious mental illnesses appearing on the streets and in jails.

In recent years, several bills in the Legislature have sought to modify the law, focusing on redefining the term “gravely disabled.”

Rippee’s sisters petitioned and testified last year on behalf of a bill that sought to define “gravely disabled” to include not just those who can’t provide for their own food, clothing and shelter, but also those who don’t seek needed medical treatment. It failed, in part because opponents considered it ineffective and dangerously expansive.

Lynn Rivas, associate director of Oakland-based Peers Envisioning & Engaging in Recovery Services, understands that families feel desperate. She knew a woman with paranoid schizophrenia who lived on the streets of Richmond. Mental health workers tried repeatedly, but couldn’t get her to come inside.

Even though “it breaks my heart,” Rivas said, she’s willing to live with that consequence.

“I think involuntary imprisonment is worse,” she said.

Dr. Amy Barnhorst, vice chair of community and hospital services for the UC Davis Department of Psychiatry said the focus should be on building out the mental health system, not changing the law.

On September 27th, someone posted a picture of Rippee on the Facebook group. His head looked swollen; his sisters recognized symptoms of a brain abscess.

He was convinced by his sister to go with her to the hospital, where he had surgery the next morning. After two weeks, the hospital transferred him to a Suisun City board-and-care. In late October, he returned to the streets.

He was found at a Vallejo strip mall, asleep on a patch of concrete littered with dirty socks and desiccated orange peels.

Ultimately, Rippee said, he wants a home with a shower and someone to care for him. He doesn’t want to be in a locked facility, but he does wish he could live inside.

A local behavioral health official noted that there is a shortage of beds in California and sometimes people with mental health issues have to stay in emergency situations for longer than is ideal.

There are about 5,000 individuals served by Sutter-Yuba Behavioral Health each year – including people who receive substance use services and/or services for mental illness, said director Rick Bingham.

SYBH serves those who have moderate to severe mental health conditions, Bingham said. But not everyone assessed for outpatient services meet criteria for treatment.

“In these instances, SYBH does a ‘warm handoff’ to another provider,” he said.

Bingham said they offer a number of services for mental health and substance use treatment – both on an outpatient and inpatient basis.

Outpatient services include case management, therapy, nursing support and medication management at the main site on Live Oak Boulevard in Yuba City, as well as various locations throughout the community.

“We also offer a great deal of outreach and prevention and early intervention services,” Bingham said. “Our staff go into virtually all schools and many other community locations in both counties to educate the populace on signs and symptoms of mental illness. They also provide trainings about suicide prevention, bullying and many other topics that pertain to behavioral health.”

He said there are several obstacles and constraints when helping those with mental illness, including things like a lack of available placements for need assistance, stigma around seeking behavioral health treatment, misconceptions around people’s ability to recover from behavioral illness and that, as a family member or friend, there’s little one can do to help a loved one suffering with behavioral health issues – but they can be influences in helping individuals get the treatment they need.

“Regardless of the type of placement, there is a shortage of beds in California,” Bingham said. “As a result, individuals sometimes remain in the emergency department or in our PHF longer than is necessary while we search for the appropriate placements that simply may not be available.”

He said statewide, policies need to be formed that address the shortage in mental health beds at all levels of treatment.

“As a community, we need to continue working on reducing the stigma related to behavioral health conditions,” Bingham said. “SYBH will continue to provide and expand early intervention and prevention efforts in the community to address both stigma and awareness.”