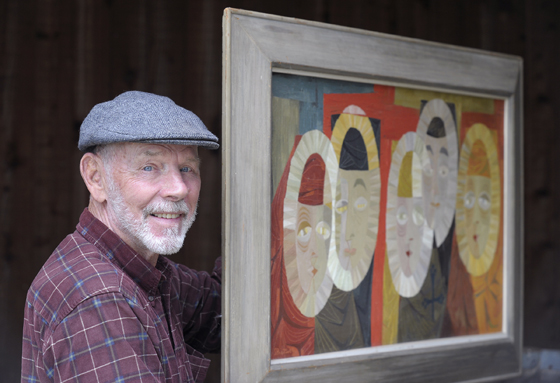 James Sanders poses for a portrait with a painting done by his sister, Shi Pratini on Friday, April, 15, 2011. 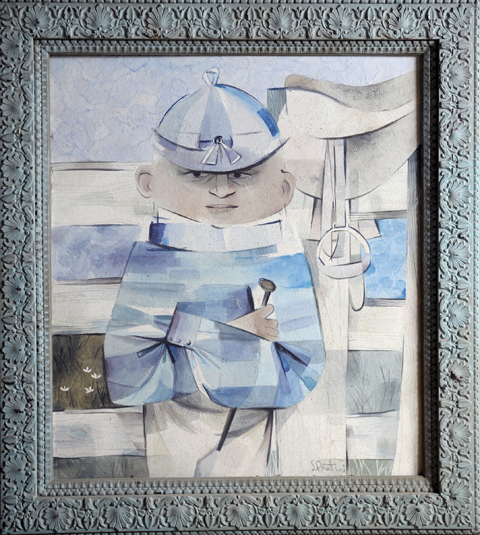 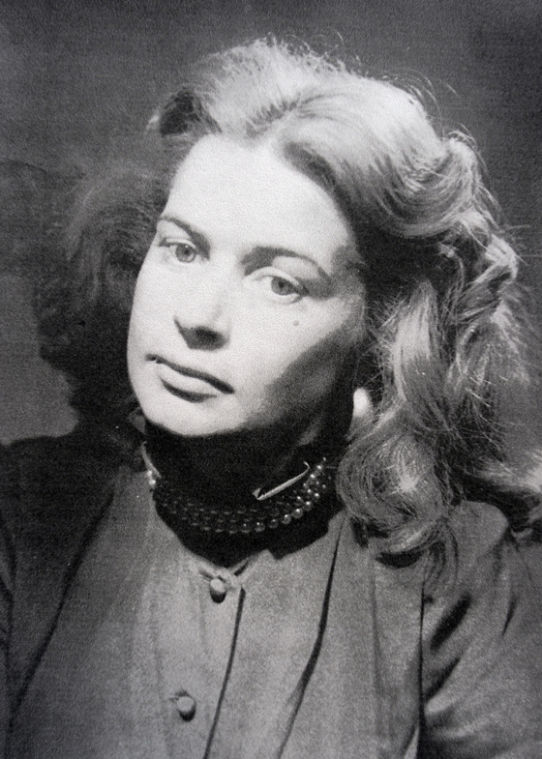 James Sanders poses for a portrait with a painting done by his sister, Shi Pratini on Friday, April, 15, 2011.

Her paintings exhibited in Rome, Stockholm and Geneva as well as in San Francisco, Los Angeles and Chicago.

But Shirley "Shi" Pratini spent much of her Depression-era childhood in the Yuba-Sutter area, where her half-brother, James Sanders, lives now.

She died in 2007, and Sanders, a retired Wheatland High School German teacher, is on a mission to locate and archive her artwork — more than 300 paintings that have been sold over the course of half a century.

He also is in the process of making a coffee-table book that features some of her work.

"It's my last hurrah for her," Sanders says of his beloved big sister, nicknamed "Shi" because of her timidity.

But tracking down artwork that has made its way through the gallery world has not been easy.

"She didn't take pictures of them, and she didn't know who bought them," he says. "And she was all over the damn place."

In addition, Sanders, 75, does not make much use of the Internet — and the Internet is where disparate pieces of the art world connect.

The house he shares with his wife, Carolyn, set back a ways from Hammonton-Smartsville Road, owes much, he says, to Pratini's influence.

The artist had, in addition to painting, been a designer of living spaces; her two marriages were to architects.

Among her design works were Sanders' front door, his wood stove, a modern stained glass window, and a bathroom whose shower stall steps down to a deep tub and which is covered entirely in a pattern of circular blue tiles.

Often, she would design a project, and set her younger brother to work helping it come to fruition.

As a young girl, Pratini's mother and stepfather moved frequently, and in 1932, young Shirley attended the second grade at Notre Dame in Marysville. In third grade, she went to Bridge Street Elementary in Yuba City. For a short time in the fourth grade, she attended a school in Biggs.

In pursuit of work building gold dredgers, Sanders' father (Pratini's stepfather) moved the family briefly to Colorado, and in the summer of 1935, according to biographical information he compiled for the book, into a tent in Merced Falls back in California.

When she wasn't looking after him, Sanders says, his big sister was engrossed in artwork.

"She was exceptional," he says of her ability in both areas.

"My mother was not a young chicken, and my father only had one child and was 17 years older than she was," Sanders says.

Pratini, he says, "was my surrogate mother."

In his biographical account of his sister's life, Sanders says the constant relocations through childhood were tough on her.

"Like many students attending rural, primitive schools," it reads, "Shirley felt that her basic elementary education had been compromised ... her early high school memories were that of inadequate preparation and insecurity."

In late 1939, the family finally settled in Loomis long enough that she was able to attend the same high school for more than three years. She graduated from Placer High School in 1943.

The budding artist attended Sacramento City College and won a scholarship to the College of Arts and Crafts in Oakland. From there, she moved on to Mexico City's School of Art and Sculpture, then to the Chouinard Art Institute in Los Angeles for which she had won another scholarship.

Sanders owns only a few of his sister's paintings. A dozen or so others are being stored in his attic for Pratini's son, who lives in the Bay Area.

A Cubist-influenced depiction of five nuns, which hangs in Sanders' living room was painted in Rome, one of several places abroad where Pratini lived and worked with her first husband.

Sanders own love of travel, he says, owes everything to his sister's influence.

"She had a feel for the Con-tinental," he says, "and she had a definite influence on me."

It was in the Bay Area that Pratini and her first husband eventually discovered a new skill with which they could earn more travel money.

In addition to showing and selling her paintings, Pratini helped her husband buy, improve, and then resell many Bay Area homes.

But in spite of her pragmatic approach to business, her approach to the rest of her life — including art — was quite a bit more quixotic.

"She didn't look at her artwork as a business," Sanders says.

She made successful transitions from oil paintings to gouache — a type of watercolor — from Cubist to Impressionistic and Expressionistic styles, and from subject to subject.

One period had her focused almost exclusively on San Francisco's seagulls. Another had her painting large canvasses with multiple female subjects depicted in each.

Her family's itinerant patterns had helped make her highly adaptable, Sanders says. And as an adult, she changed her mind and interests easily, often wearing several identity hats in the process.

She took up hang gliding, cooking, motorcycling and rock collecting, among other things listed in a tribute to Pratini, penned by a young family member.

"She was the whole nine yards," says Sanders, alluding to her artistic sensibility in approaching life.

At one time, according to the list, she had been a member of the Black Panther Party. Many years later, she considered herself a Republican.

Always, he says, she was the consummate artist.

"She was a creator of beauty," he says.