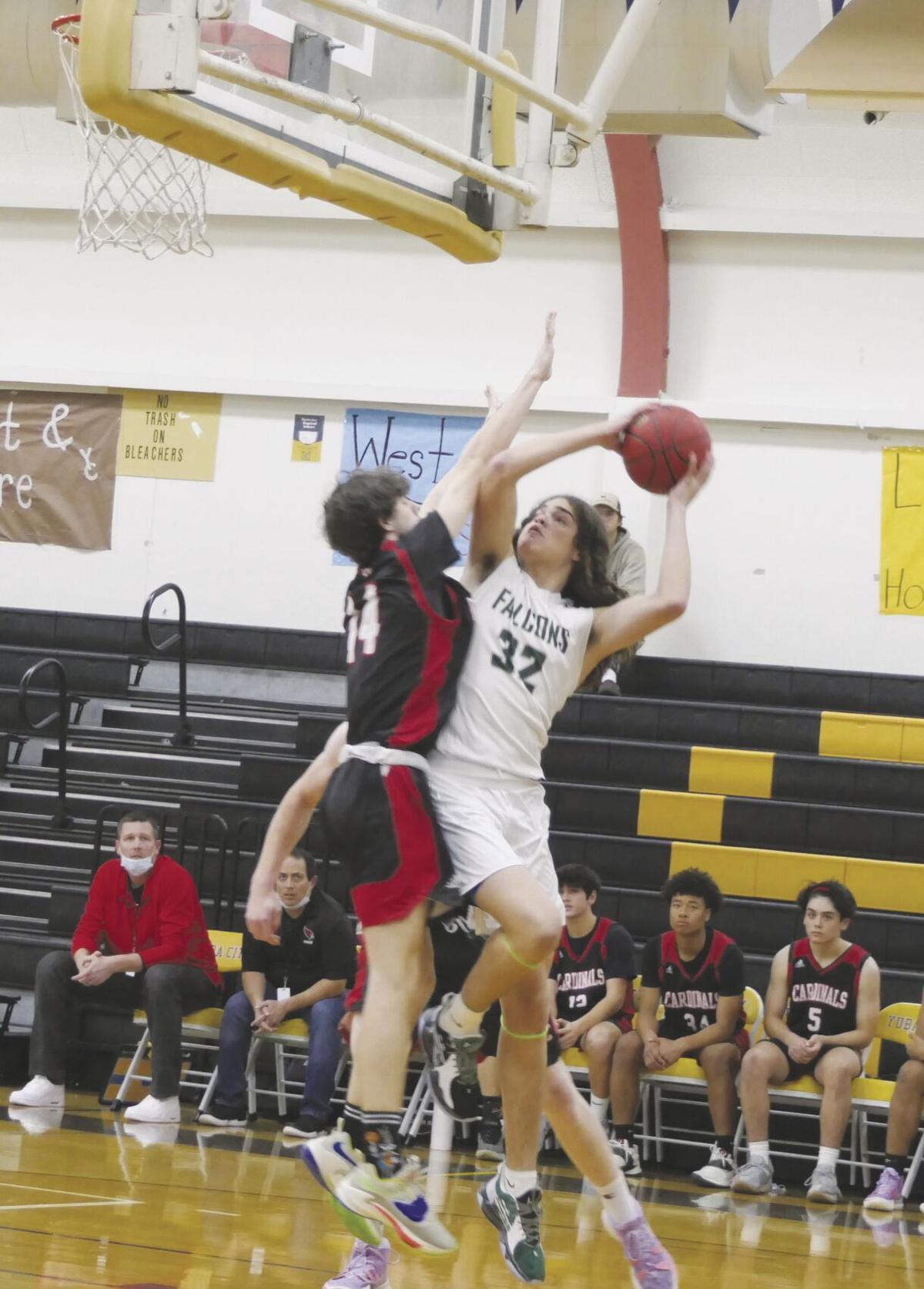 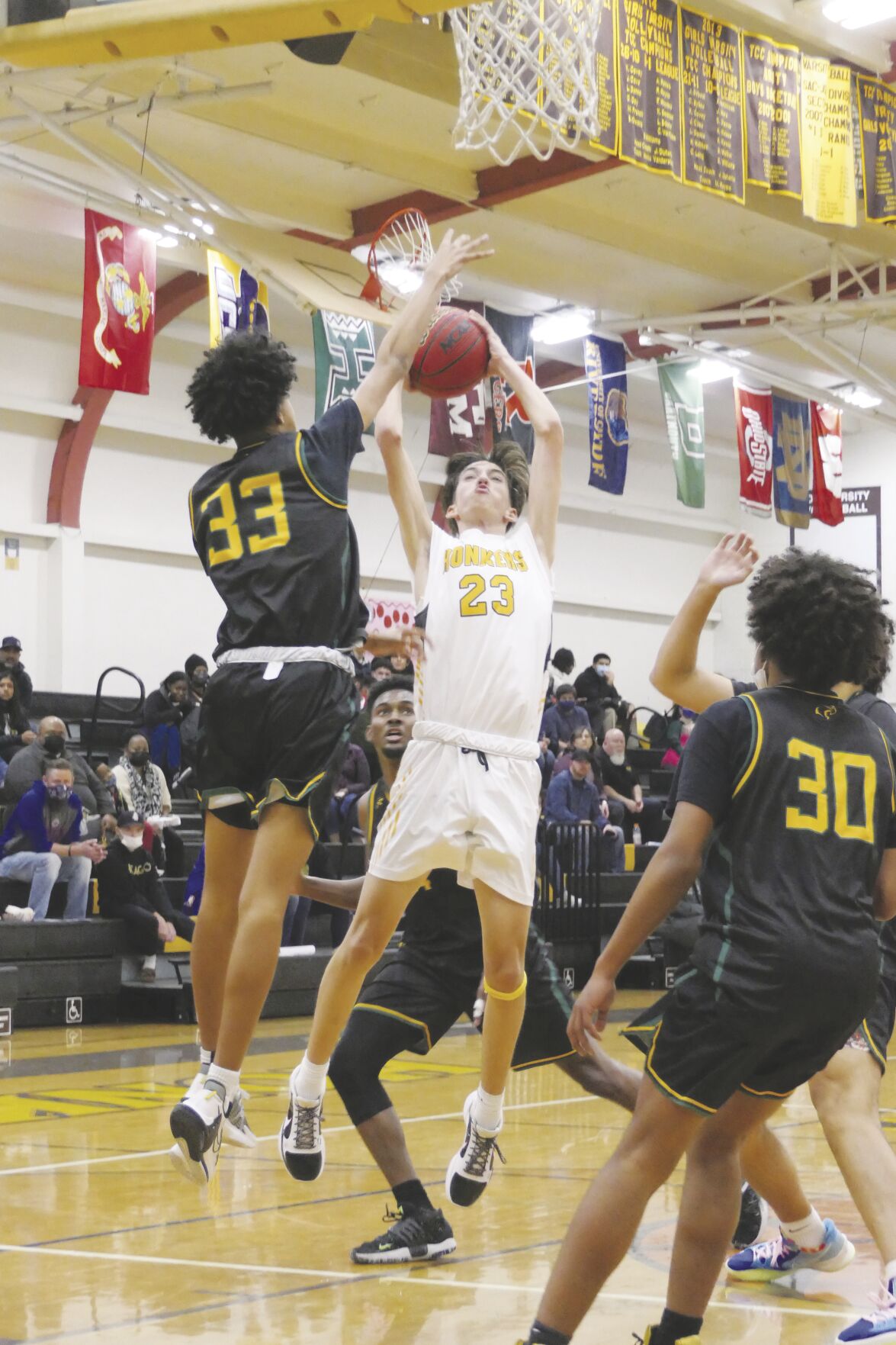 Davis Warren (23) attempts an inside shot for Yuba City Thursday against John F. Kennedy High School of Sacramento on the opening day of the 56th Mel Good Holiday Classic in Yuba City. 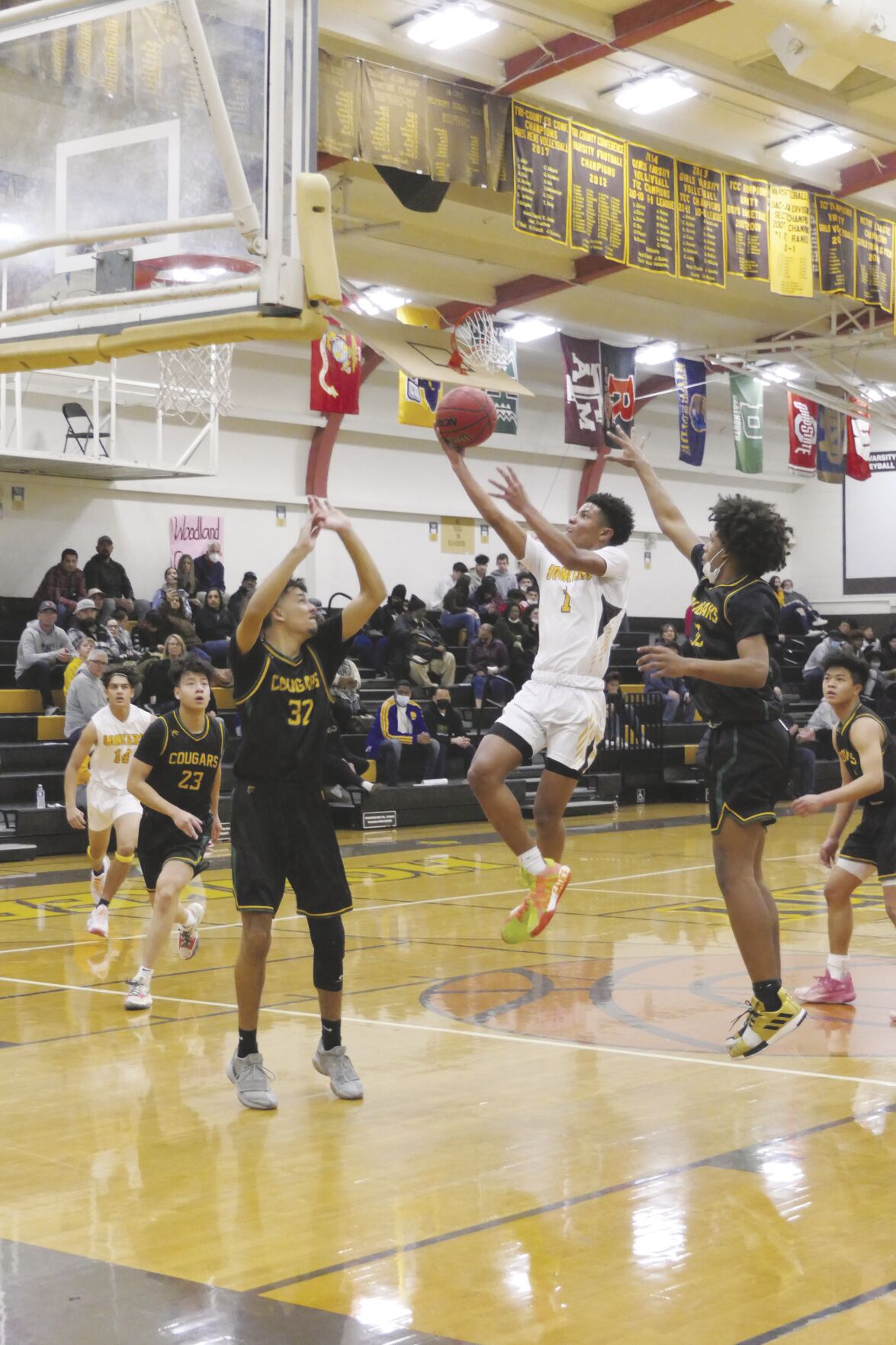 Davis Warren (23) attempts an inside shot for Yuba City Thursday against John F. Kennedy High School of Sacramento on the opening day of the 56th Mel Good Holiday Classic in Yuba City.

For the Yuba City High boys basketball team, day one of the 56th Mel Good Holiday Classic on Thursday marked an opportunity to erase an 0-for-6 start to the season.

However, YC is still searching for that first victory following a 72-36 loss to John F. Kennedy High out of Sacramento. Head coach Keith Carlson’s squad struggled against the Kennedy 2x2x1 full-court press with four early first-quarter turnovers to allow the Cougars a quick 8-3 lead.

YC’s Andrew Bartell kept the hosts in the game with a corner 3-pointer, trimming the deficit back to three late in the first.

Thanks to an ability to get to the free-throw line in the first half, the Honkers (0-7) were able to keep it a single-digit game until a back-breaking 10-1 run in the final four minutes of the second quarter ballooned the deficit to 33-19 at halftime.

Ke’on Walker, Yuba City’s top scorer with nine, had foul trouble most of the opening half and consequently couldn’t stay on the floor.

With Walker back in the third, Kennedy (1-1) still controlled the transition game at both ends, forcing turnovers on defense and converting at the other end, to blowout YC, 20-4 in the third and put the game essentially out of reach.

Dhiraj Atwal also finished with nine for Yuba City, while Bartell had seven in the loss. Kennedy’s top scorer was Zachary Chan with 14, including nine in the first half. Dushawn White and Jayden Smith each chipped in 12 for the Cougars.

The Falcons moved into the winner’s bracket Thursday with a 30-point win over Woodland Christian at Honker Gym.

RV (4-3) took on West Campus (4-1) in the semifinals Friday night – results were not available by the date of publication.

The classic concludes today with championship and consolation bracket games. Masks are required to be worn inside the gymnasium, according to Yuba City Athletic Director Joel Seaman.

Seaman said single-day tickets for adults are $7 and $5 for students.