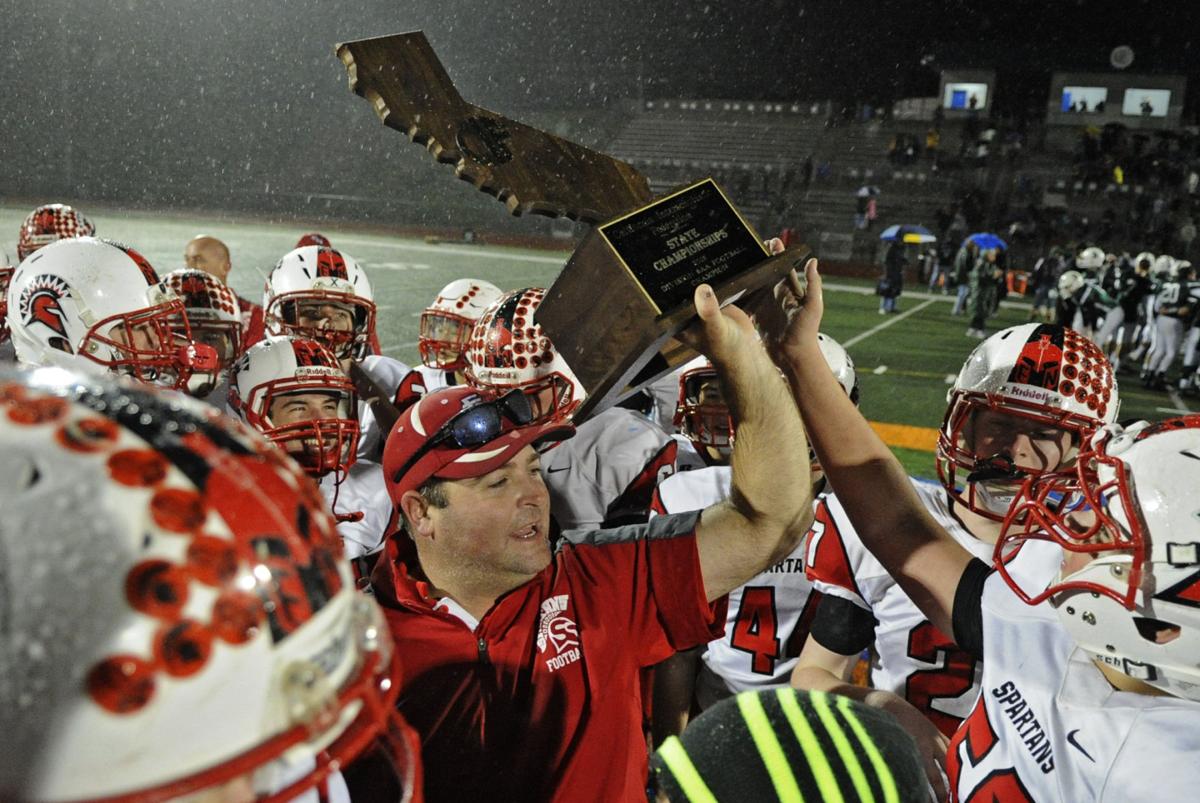 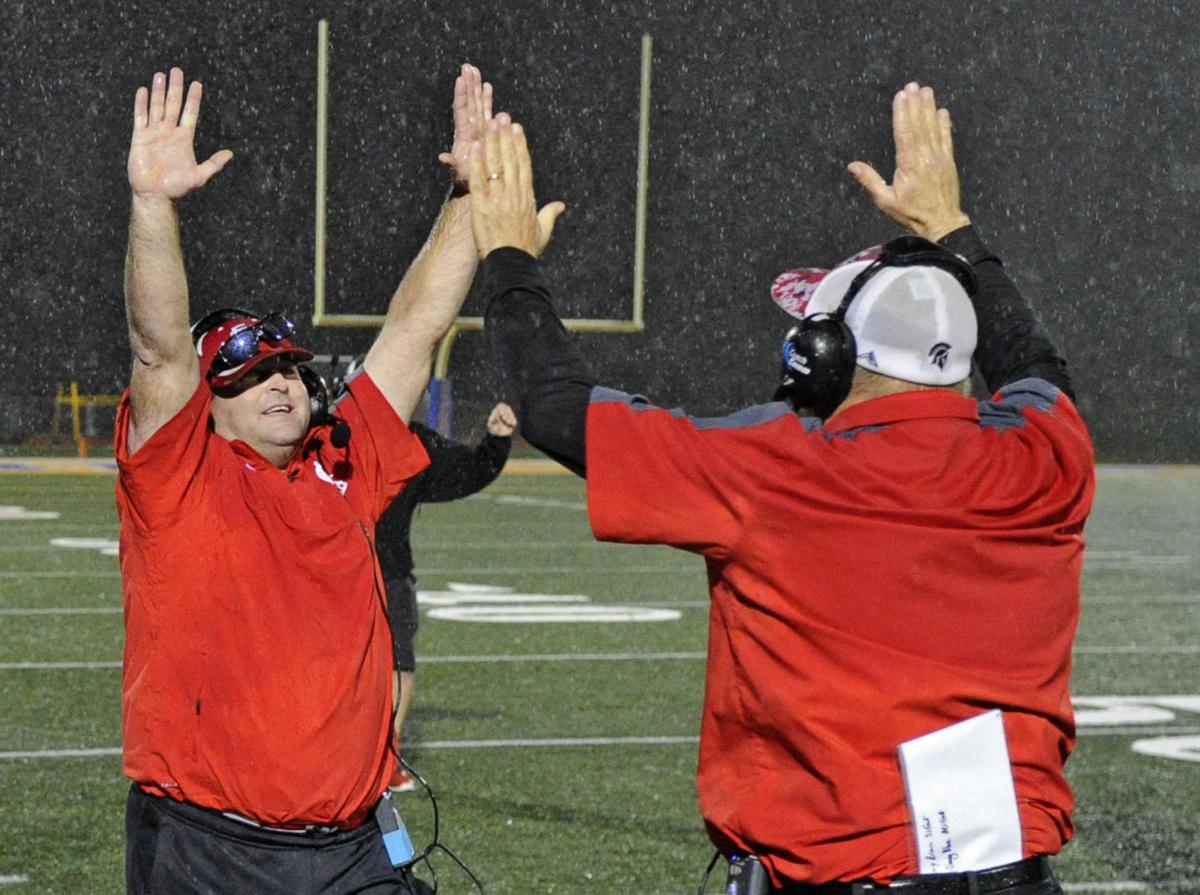 “My favorite memory is we were at practice one day, doing defense and we weren’t giving full effort (so) we came down from the (press) box  – literally he sprinted down to the field in under five seconds,” Mcauliff said. “Funniest thing I have ever seen.”

Mcaulif, a three-year starting quarterback under Barker, called him a father-figure who genuinely cared about each of his athletes during the six years he spent roaming the sidelines at East Nicolaus.

“If you ever had any questions about anything you could go to Barker and he would always keep it 100 percent honest with you,” Mcauliff said.

Barker recently announced that he will be stepping down as head coach following an unprecedented run as the Spartans’ leader. In each of his six years, he guided East Nicolaus to the Northern Section Division IV championship game, winning the last five. He also won the section’s first state championship in 2015 with a 16-6 win over Coronado (San Diego).

“He not only coached us football-wise, he coached us as men,” said Hovey, who went on to play college ball at Rocky Mountain College, a National Association of Intercollegiate Athletics member school. “As a former player he brought traditions back, helped us find ourselves and groomed (us) into successful men.”

Hovey said he still communicates with Barker to this day so when the news broke that he was taking a step back to spend more time with his family, it didn’t shock Hovey, a sophomore call-up in 2015.

“I knew it was coming soon,” Hovey said.

Hovey said while Barker will be unquestionably remembered as a winning and championship-worthy coach, that’s not his only claim to fame at East Nicolaus.

“He dedicated everybody to perfecting your craft,” Hovey said. “He really helped me keep my mind focused on the next step and taking that right path.”

Barker has coached a number of players to the next level, not an uncharacteristic trait with a winning program – talent prevails and Barker was able to harness and develop a ton of skill during his head coaching stint. At one point, Barker and East Nicolaus were riding a 36-game regular and postseason winning streak, until the opening game of last season when Paradise came into East Nicolaus and won 35-28.

But as good coaches usually do, Barker rallied the troops and got the squad back on the winning track. The Spartans, led in part by Mcauliff, won 12 straight after that to capture a fifth straight section title and once again take aim at the Northern California regional playoffs.

“Barker was a true mastermind of what he really did in football,” Mcauliff said. “I had so many good times with him. It was always fun.”

Barker’s successor will be formally announced on Tuesday.