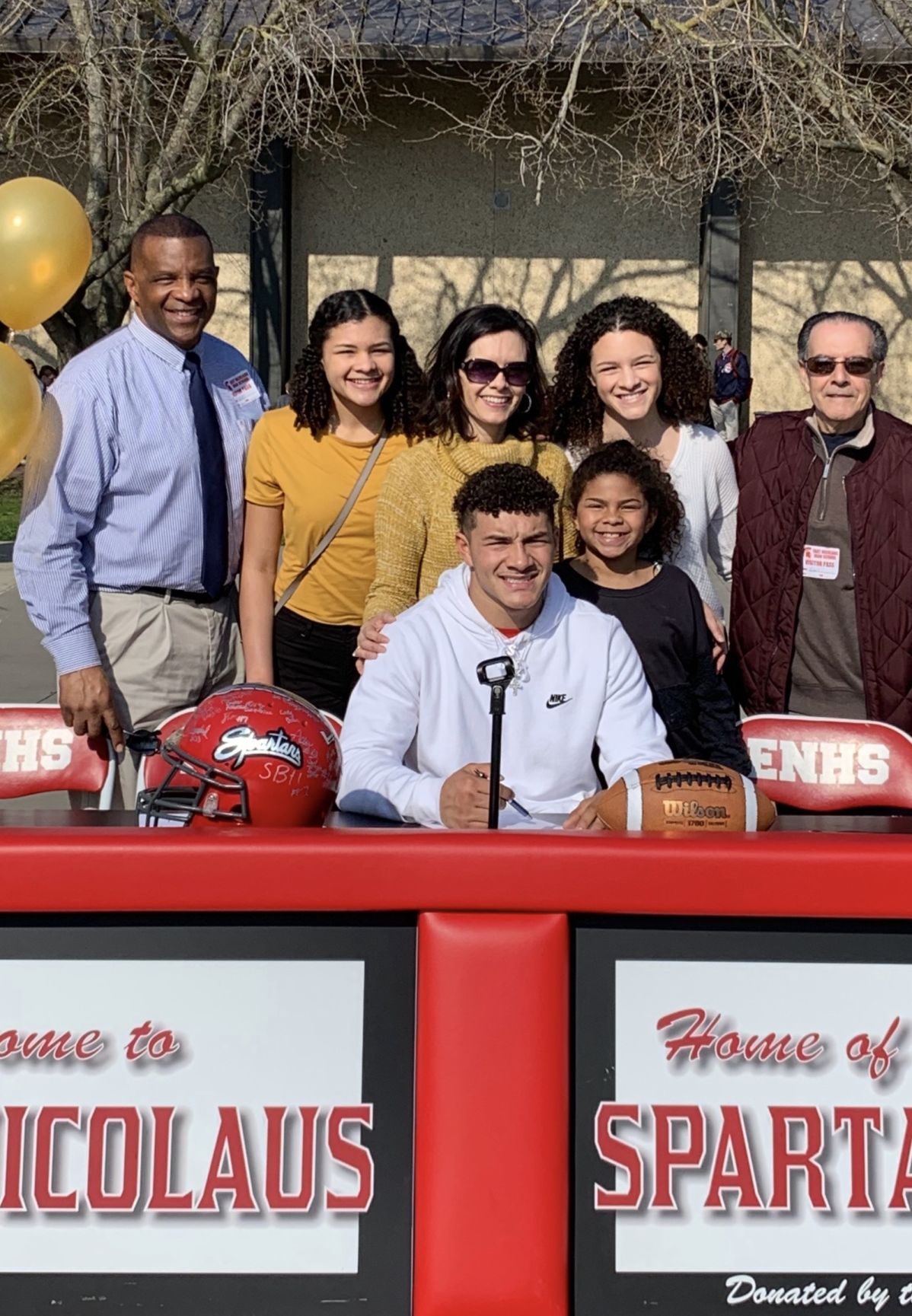 S.J. Brown poses with his family before he signs his national letter of intent at East Nicolaus High School on Thursday. Brown will play Division 1 collegiate football at Towson University next season in Maryland. 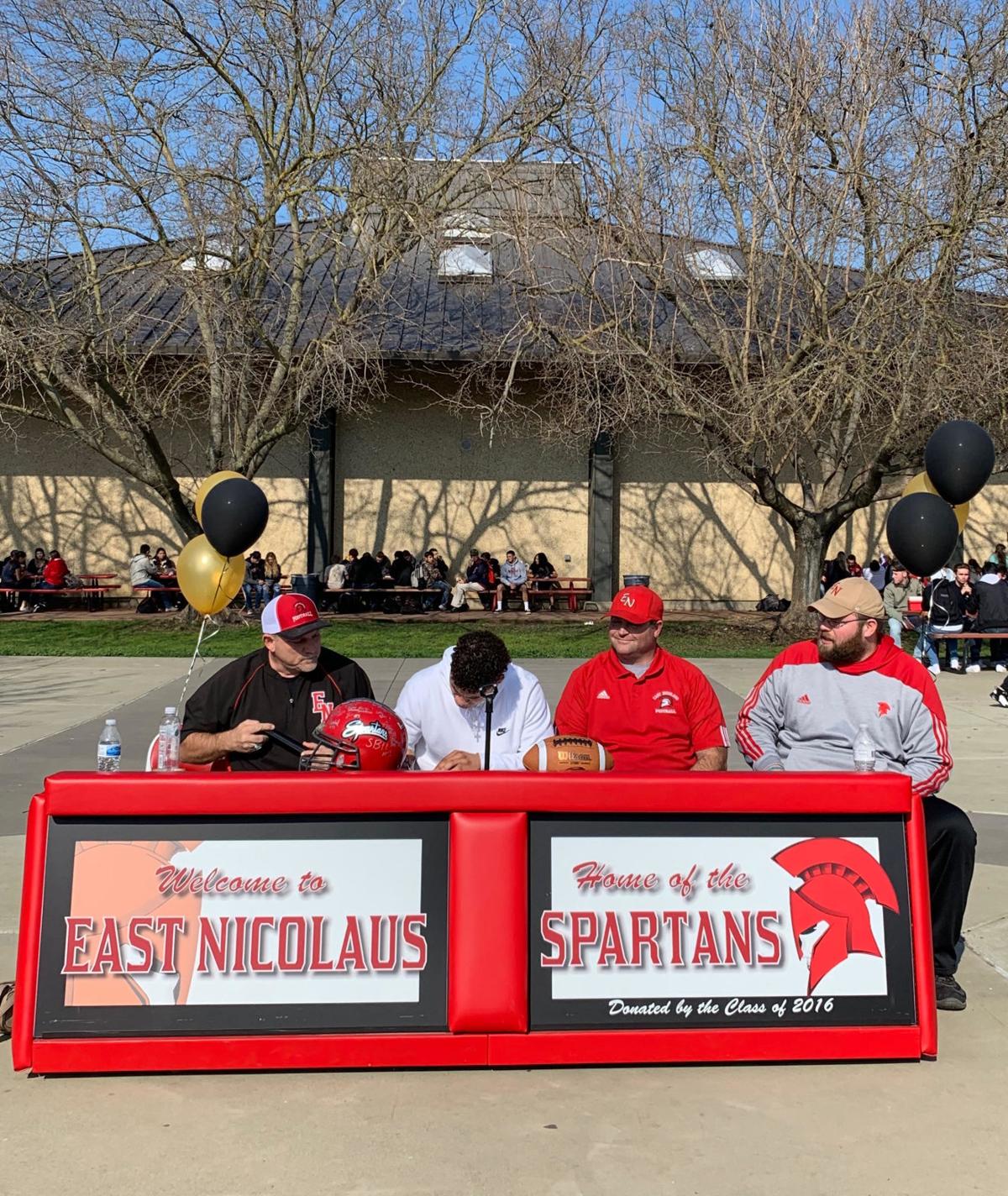 S.J. Brown poses with his family before he signs his national letter of intent at East Nicolaus High School on Thursday. Brown will play Division 1 collegiate football at Towson University next season in Maryland.

Thursday at East Nicolaus High School proved to be a special day for many as former Spartan football player, S.J. Brown committed to Towson University in Maryland.

Though his journey to Division 1 football wasn’t easy, he’s tried to show those around him that if you have the right mind-set for something, you can always obtain your goals.

“I want to thank my family and for always believing in me and my friends for always supporting me through this whole process,” said Brown.

After his time at East Nicolaus High School, the determined defensive back took his talents to Sierra College where in his Sophomore season, he finished second in the state in tackles with 119.

“Through his hard work, dedication to the sport and his attitude toward everything, he just made himself a better athlete and a better person. Everything he’s got he’s earned,” said East Nicolaus head football coach Travis Barker.

Some of Brown’s more notable accomplishments include a Division 6-AA State Championship in 2015, as well as being named Appeal-Democrat All-Area player of the year in 2016.

During his senior year at East Nic the hard hitting safety compiled a total of five interceptions on defense while also letting his name heard on offense with 1,433 rushing yards and 14 touchdowns.

Fast forward to his time at Sierra College and it’s no wonder he turned the heads of Division 1 scouts.

“I’m so appreciative of everyone here that has made this possible for me. It’s time for me to move on, pursue my dreams and make them proud,” said the newly committed Towson Tiger.

Brown has already reported to Towson University for the spring semester as he and his teammates will start gearing up for the season ahead in the fall of 2019.

Last year, Towson finished with a record of 7-5 including a win against No. 5 ranked Elon on Nov. 10. Unfortunately for the Tigers, they would go on to fall in the first round of the FCS playoffs to Duquense by a final score of 31-10.

Looking ahead to the upcoming season, some of the more noteworthy opponents for Towson will be Villanova on Sept. 21 and the Florida Gators on Sept. 28. Brown and the Tigers will kickoff their season on Aug. 31 when they take on The Citadel.