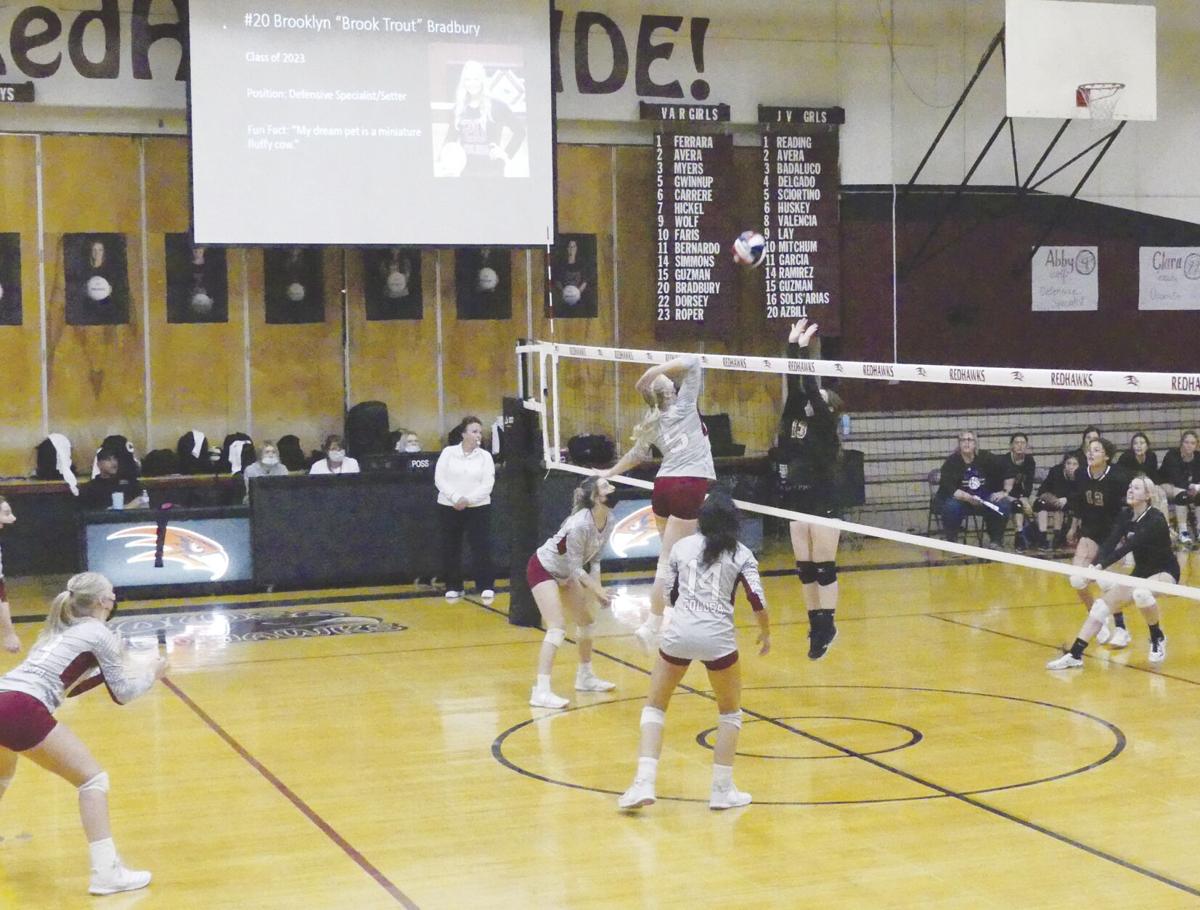 Colusa’s Karsyn Gwinnup (5) attacks a set during the division IV semifinals at home this week. 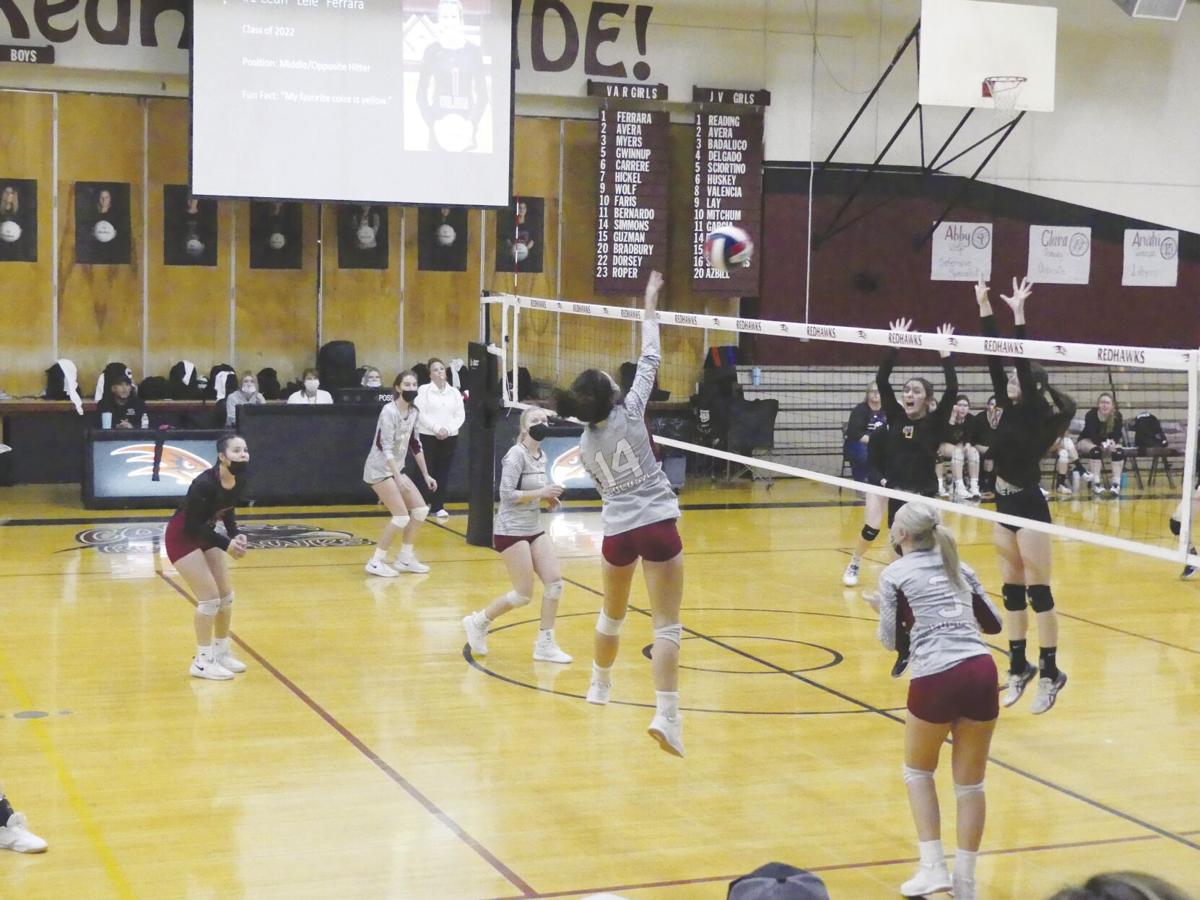 Colusa’s Carly Simmons (14) attacks a set during the division IV semifinals at home this week. 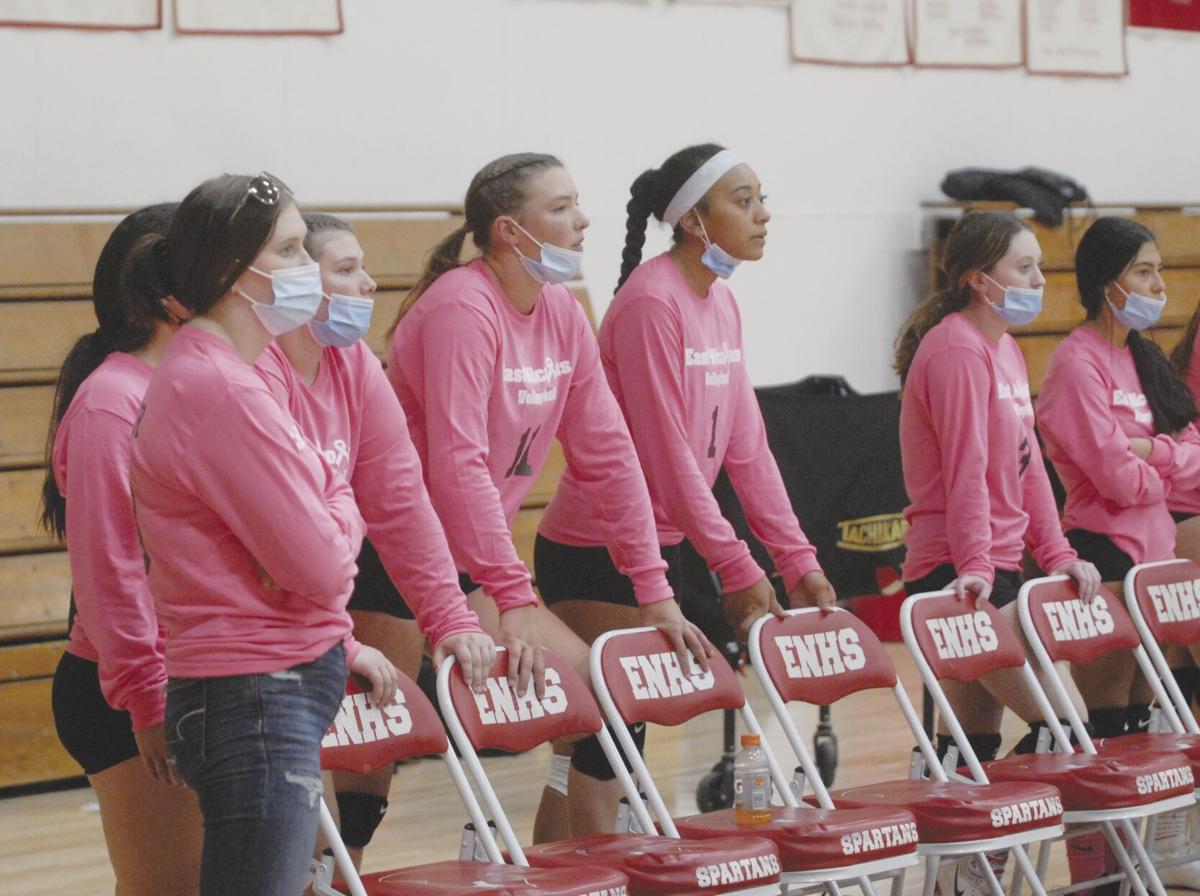 East Nicolaus is shooting for its first Northern Section title since at least 1982 when the top-seeded Spartans take on Trinity in the D-V match beginning at 7 p.m. Saturday.

Colusa’s Karsyn Gwinnup (5) attacks a set during the division IV semifinals at home this week.

Colusa’s Carly Simmons (14) attacks a set during the division IV semifinals at home this week.

East Nicolaus is shooting for its first Northern Section title since at least 1982 when the top-seeded Spartans take on Trinity in the D-V match beginning at 7 p.m. Saturday.

A pair of mid-valley girls volleyball teams will converge on Red Bluff High School on Saturday to play for Northern Section titles.

It’s championship Saturday on the court, and it’s happening for the first time since 2019 when Colusa won a championship.

The RedHawks will be playing for another championship in a higher division on Saturday, when head coach Kim Roper’s squad battles No. 1 seed University Prep (Redding) in the Division IV match beginning at 11 a.m.

Colusa (32-7), seeded No. 2, rolled through its bracket with a pair of three-set wins over Paradise and Willows to get back to the finals.

“I have coached these young athletes for many years and knew from the start that it would be a special year,” Roper said. “We have been very lucky this year and have not had to deal with uncertainties of COVID. We played a full season including three tournaments – with one even in San Diego.”

Saturday marks an opportunity for three of Colusa’s young stars to repeat as section champs.

Karsyn Gwinnup, Kim’s daughter, Reese Roper and Abby Myers each won in 2019 when Colusa swept Etna in the NSCIF D-V match, then won a pair of NorCal regional games to finish out 30-16.

This year’s squad is hoping that history can repeat itself two years later.

“Communication, smarts, collaboration and team spirit,” said coach Roper, on the keys to victory. “We are hoping for a RedHawk crowd to keep our spirit up and bring home a win.”

The No. 1 Spartans (17-2) are making their first trip to Red Bluff since a back-to-back stint in 2008 and 2009 when they fell to Hamilton both times. According to NSCIF archives, East Nic hasn’t won a title since at least 1982.

This year’s squad, coached by Donald Takeuchi, swept Mount Shasta and toppled Modoc in four sets to get back to the final where it will meet No. 2 Trinity (19-9) beginning at 7 p.m.

Takeuchi said the year started out challenging due to an abundance of COVID-19 safety protocols that included masks worn by everyone inside a gymnasium.

Takeuchi said East Nic lost a few nonleague matches and did not hit its stride until league play.

“It was a challenge because it seemed the COVID protocols would change week to week and then we would get shut down,” Takeuchi said. “Not knowing when or if we would be able to start again. We did eventually get to play a couple of matches and have a senior night, which was nice.”

Takeuchi is hoping for one more win on Saturday to get East Nicolaus back on the volleyball map.

“We need to play with confidence and just know that if we play like we know we can good things will happen,” Takeuchi said. “These young ladies have been working very hard through all the adversity of COVID and school starting and stopping. To see the joy on all of their faces playing a sport that they love is truly satisfying.”