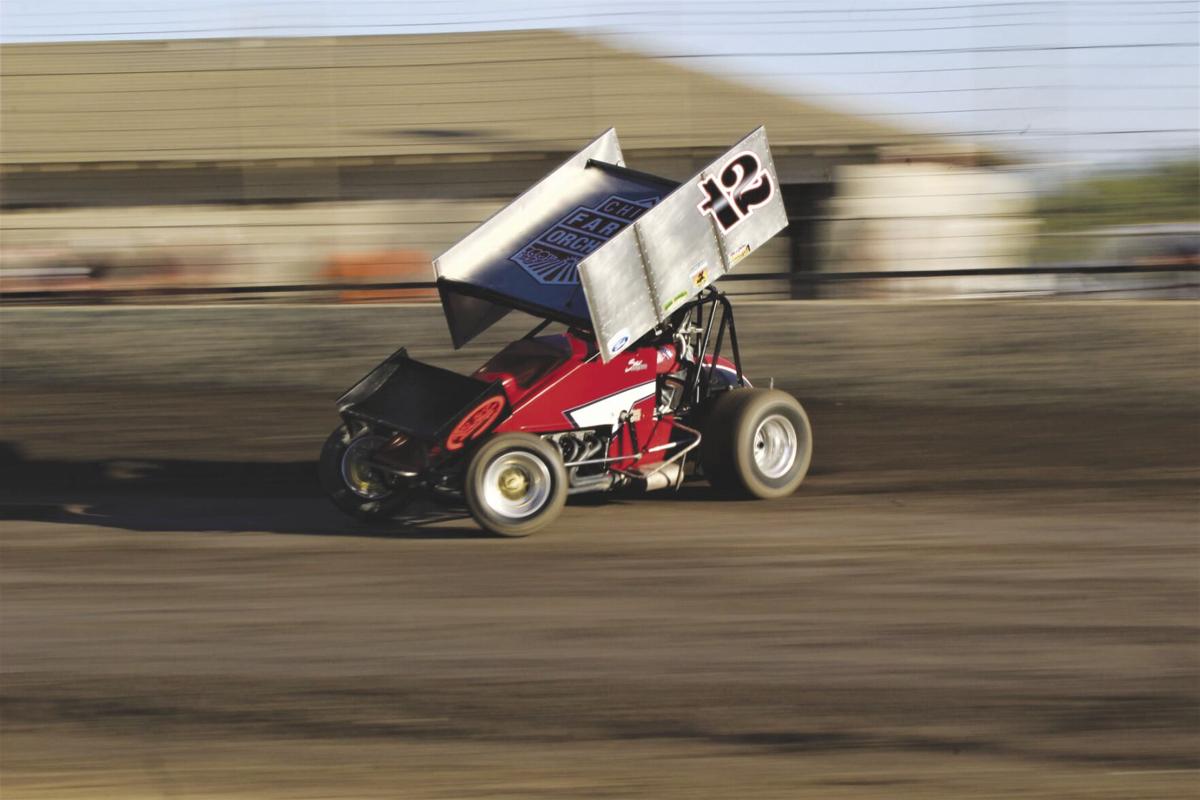 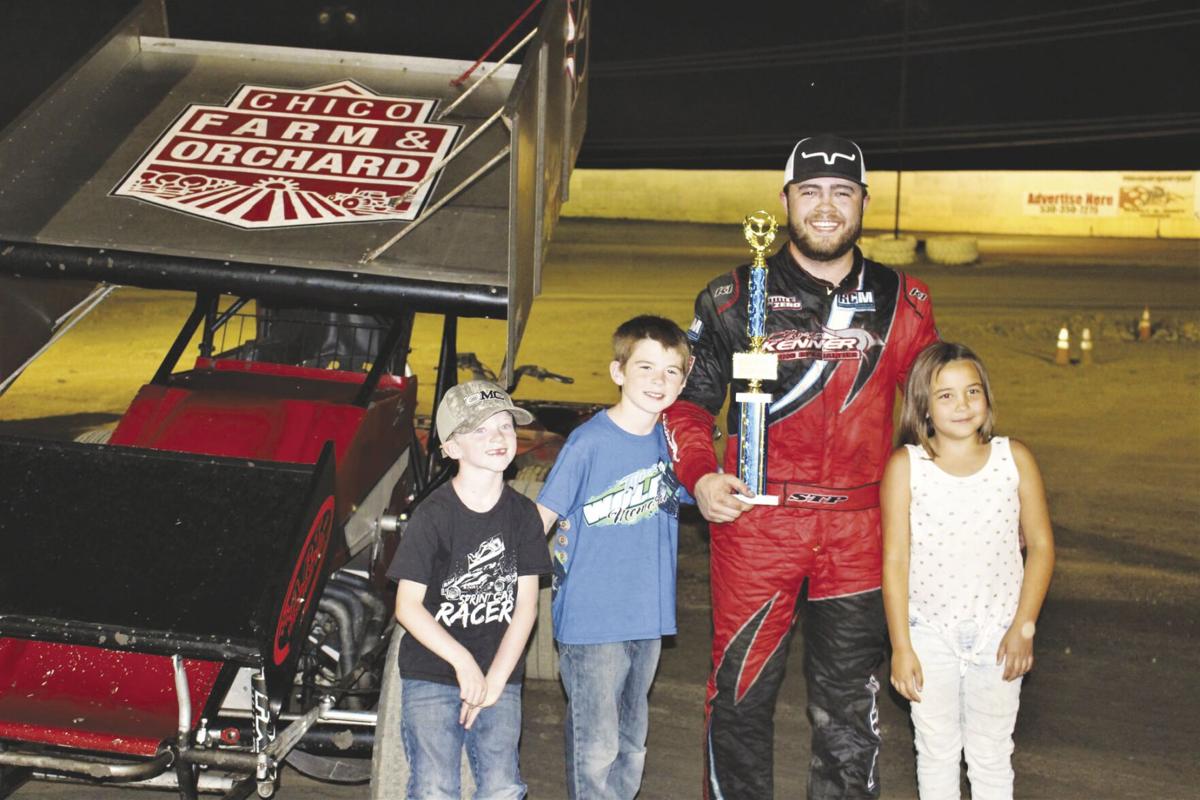 Chico’s Steel Powell won the 25-lap winged 360 sprint car race in spectacular fashion with a last lap pass for the win last weekend at the Marysville Raceway on Simpson Lane. Up to the final circuit, Dennis Scherer had controlled the event.  On lap 21 and amid slower traffic, Powell was able to close in on Scherer for the lead.  The final three laps saw the top two drivers swap the lead back and forth.  On the final lap, Powell took the top spot.

Going into turn three, Scherer made one last effort and drove his car into the turn as hard as one could. However, Scherer spun his car around and came to a stop.  He was credited with a 15th place finish.  To his delight, Powell came out of turn four to the sight of double checkered flags and won his second career winged sprint car main event at Marysville Raceway.  Korey Lovell finished second and continued his solid season.  Kevin Lovell started sixth and finished third.  Billy Wallace ran in the top five all race long to finish fourth.  Fast time qualifier Josh Wiesz finished fifth.  Wiesz picked up an extra $100 cash bonus for quick time.  Heat race winners included Kevin Lovell, Powell, and Brian McGahan Jr.

Great runs come to an end

Brett Youngman had won all four main events in 2021 during the Crate Sprint season of racing. But that streak would end Saturday when Youngman secured a second-place finish behind Cameron Haney Jr.

It was Haney’s first win of the season at Marysville and second of the season because he won at Silver Dollar Speedway earlier this year.

Haney Jr. had a great battle with early leader Jason Ballentine.  On lap 10, Haney Jr, passed Ballentine and went on to lead the final 10 laps.  Ballentine had a tire issue on lap 19 and stopped to bring out the yellow.  He would return after his crew changed the tire and finished fifth.  Mike Ballentine finished third.  David Simms was once again up front and finished fourth.

Rod Oliver led the first two laps, and then it was Dan Brown Jr. time.  The defending champion got control of the top spot and won the Limited Late Model feature.

To Oliver’s credit, he pressured Brown Jr. for most of the show.  Brown Jr. won by only 0.985 seconds.  Ray Trimble secured the third spot.  Jay Norton stopped on lap 17 in turn four.  Norton rebounded to finish fourth.   It was the second win of the season for Brown Jr. at Marysville.