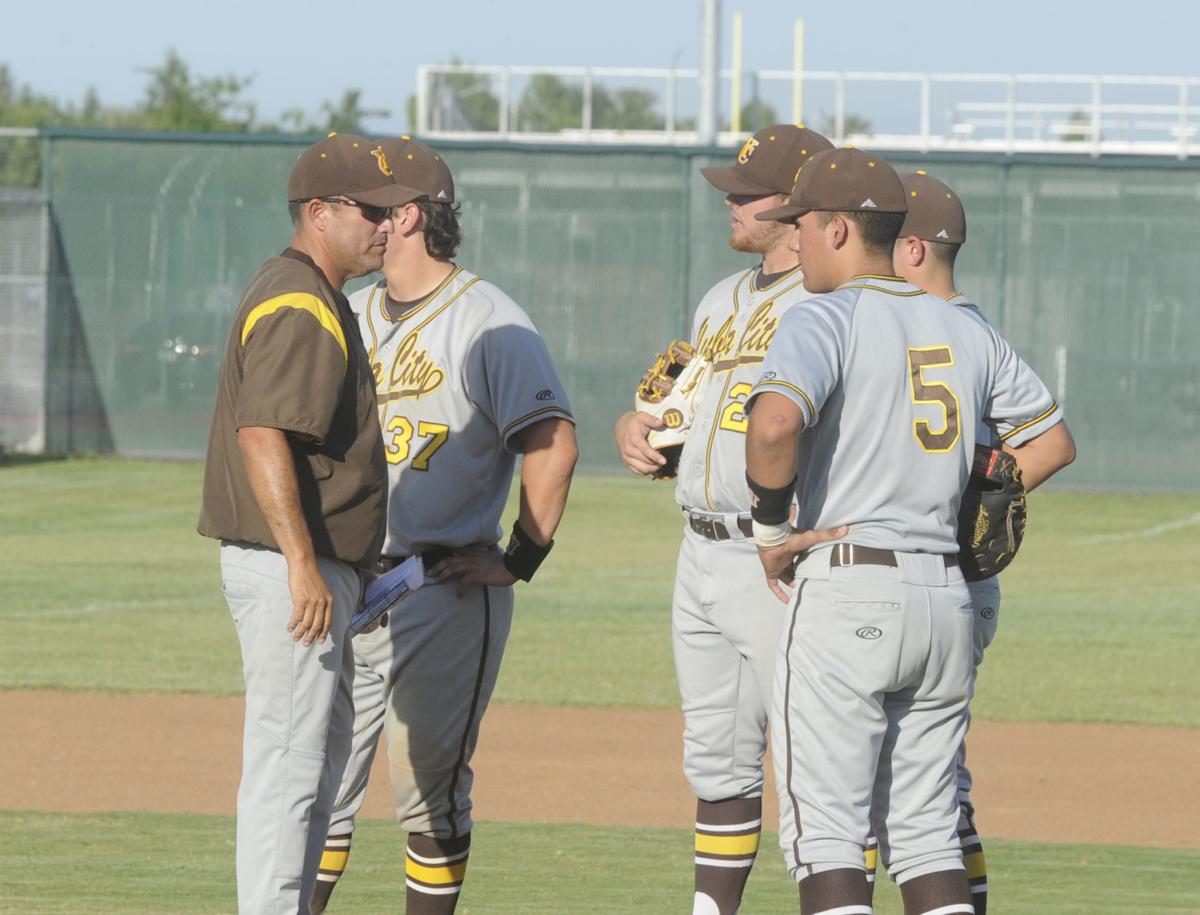 Yuba City High coach Dave Rodriguez (left) visits with his players on the mound during a past game against River Valley. 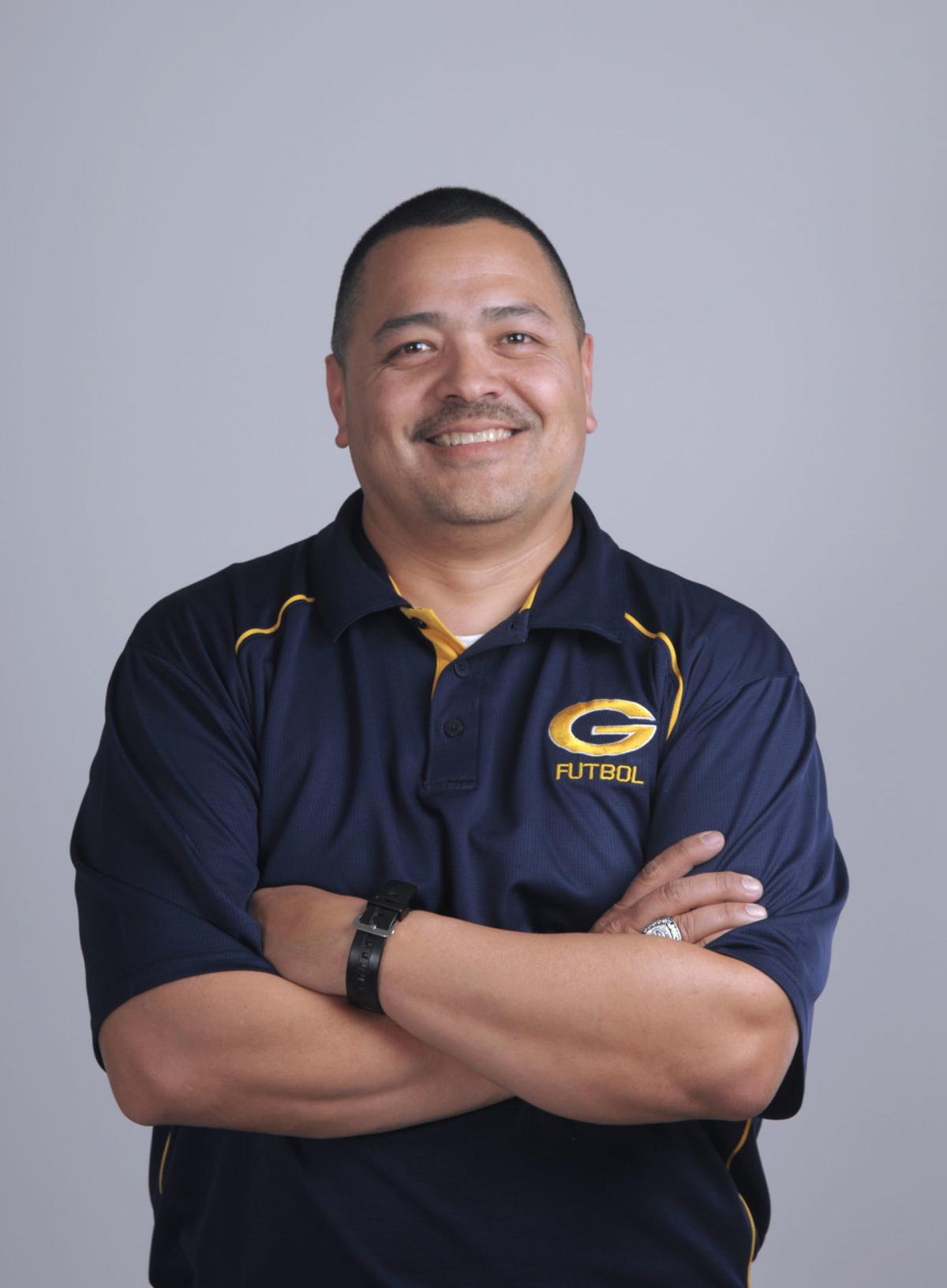 Yuba City High coach Dave Rodriguez (left) visits with his players on the mound during a past game against River Valley.

Even though this season was cut short due to the ongoing coronavirus pandemic, Yuba City High baseball coach Dave Rodriguez has totaled a boatload of good memories while leading the dugout at Honker Field since 2012.

Rodriguez has claimed a pair of Sac Joaquin Section titles, the second over rival Rival Valley in 2015, and amassed an 164-80-1 career record at Yuba City. Rodriguez joins area coach Jesse Barajas (Gridley soccer) and Rick Prinz of Paradise football as rural Northern California’s coach of the year winners for the 2019-2020 handed out by the California Coaches Association.

Each June the CCA honors dozens of coaches, as well as others who contribute to athletics, up and down the golden state for the tremendous impact they have had on their campuses and in their communities.  The association would like to bring recognition to these coaches and this year’s three Hall of Fame inductees who have supported athletics in California for many decades.

The annual awards ceremony, scheduled for Saturday, June 13 in Sacramento, had to be canceled to the pandemic.

Chris Fore, the president of CCA, said plaques will be sent to each of the recipients, while the inductees will be honored at next year’s banquet.

Fore said one thing the pandemic has taught everyone is that sports and coaching is an ever-changing landscape.

“We are in an interesting time in the world of coaching, not just because of the current virus situation shutting down schools, but because coaching has changed in so many ways,” he said in a news release via the CCA website. “Unfortunately, the on-campus coach is becoming more and more of a rarity.  The demands of coaching have also vastly changed over the course of the last ten years. It has become a year-round venture with unlimited demands on our coaches.  We need to support our coaches more than ever.”

For Rodriguez, the honor is a long time coming since he took over the Yuba City program not long after former coach Jim Stassi left following his tenure as coach of the two of the best ever at Yuba City in Brock Stassi and younger brother Max Stassi.

Some may have looked at Rodriguez as someone who needed to prove himself immediately given the championship caliber program he was inheriting.

Rodriguez stepped in starting in the spring of 2012 and had immediate success with a 22-8 record that year. The following season he won the first of his two Sac-Joaquin championships with a 2-0 win over Colfax. That roster included a couple former standout Honkers in Chandler Eden and Cooper Goldby who went onto to get drafted and play college ball.

In 2015, Rodriguez and Yuba City won another championship over city rival River Valley, 6-3.

Chandler’s little brother, Cameron Eden was a junior on that team. Eden went on to play at Cal and was drafted by Toronto in 2019.

Rodriguez’s most recent team only played four games, but may have several players continuing on, most notably Drake Richardson, one of the section’s top sluggers and arms this past spring prior to the shutdown of sports.

Jesse Barajas has been coaching boys soccer at Gridley High School since 2004. In that span he has totaled five Northern Section championships and over 200 wins for the Bulldogs.

Barajas’ last title was in 2016 when he dropped Corning 4-0 and finished the season 15-2-1. He and Gridley were also perfect in league that year, alongside area foes Sutter and Wheatland.

For a historical look at the CCA past award winners, including a list of the Hall of Famers, visit https://www.calcoachesassociation.net/cca-awards.