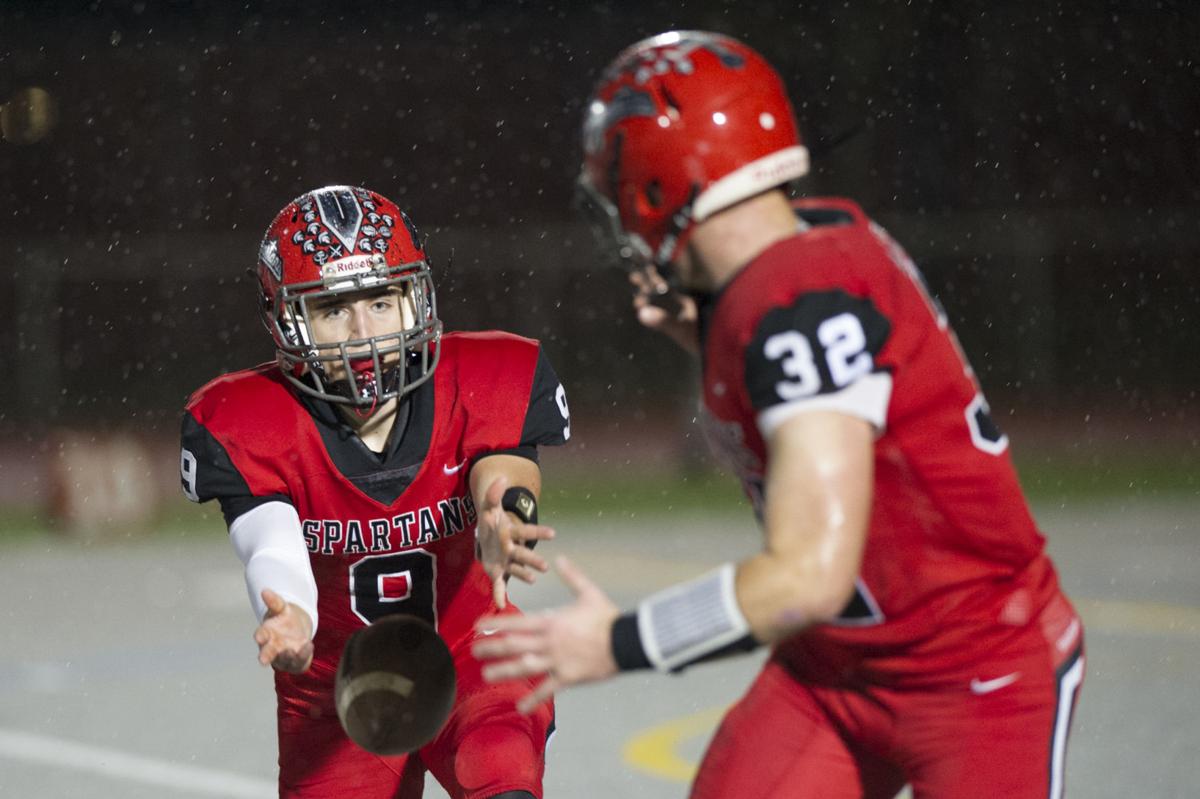 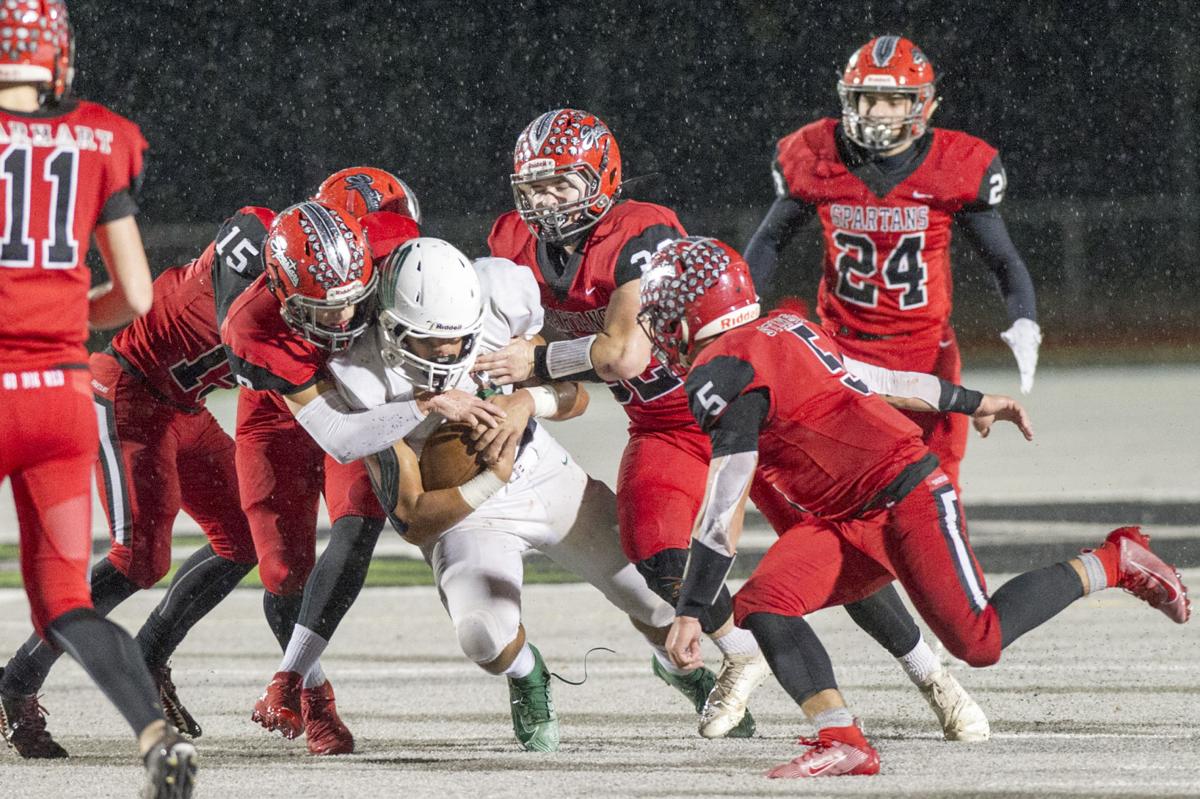 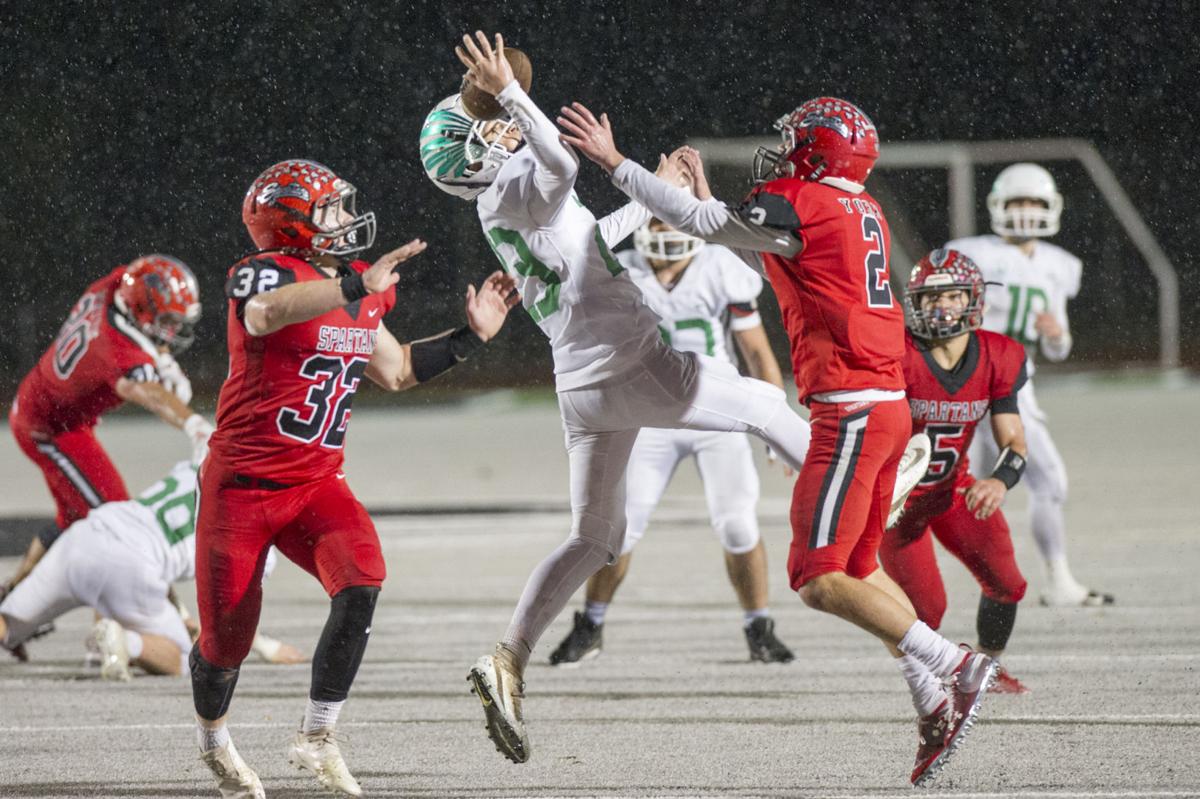 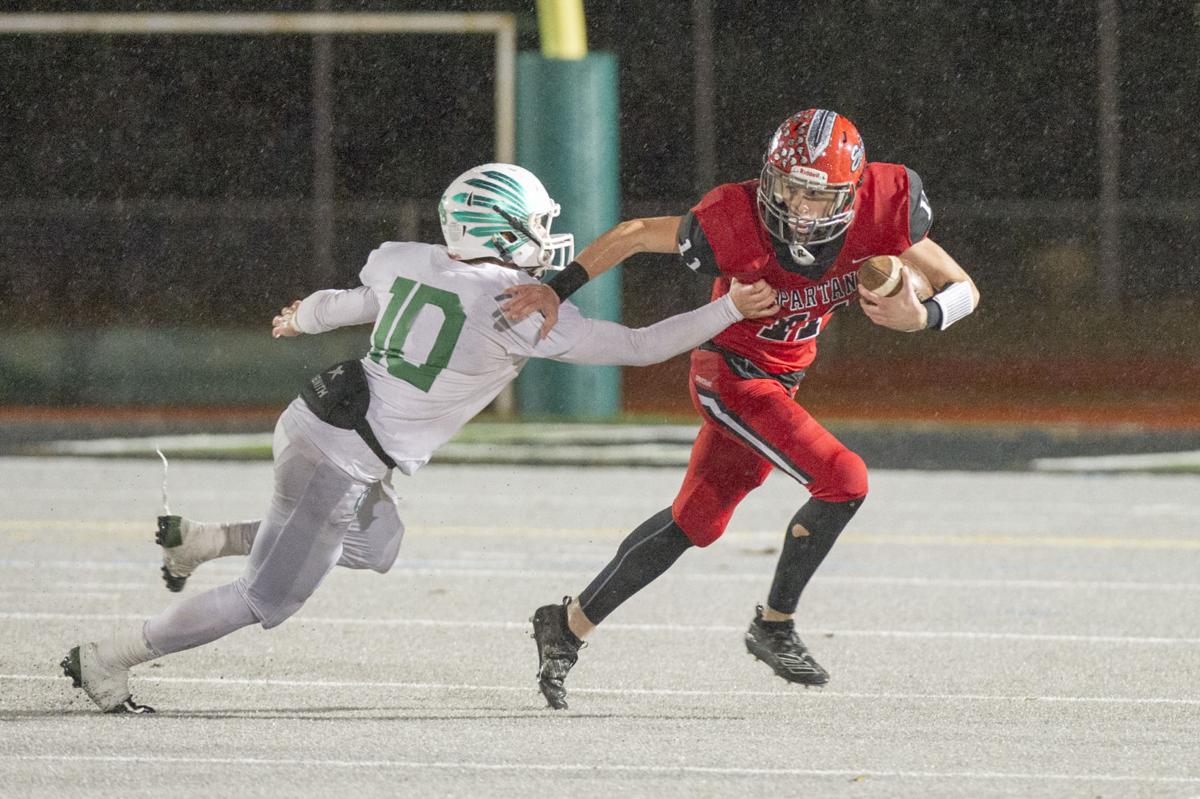 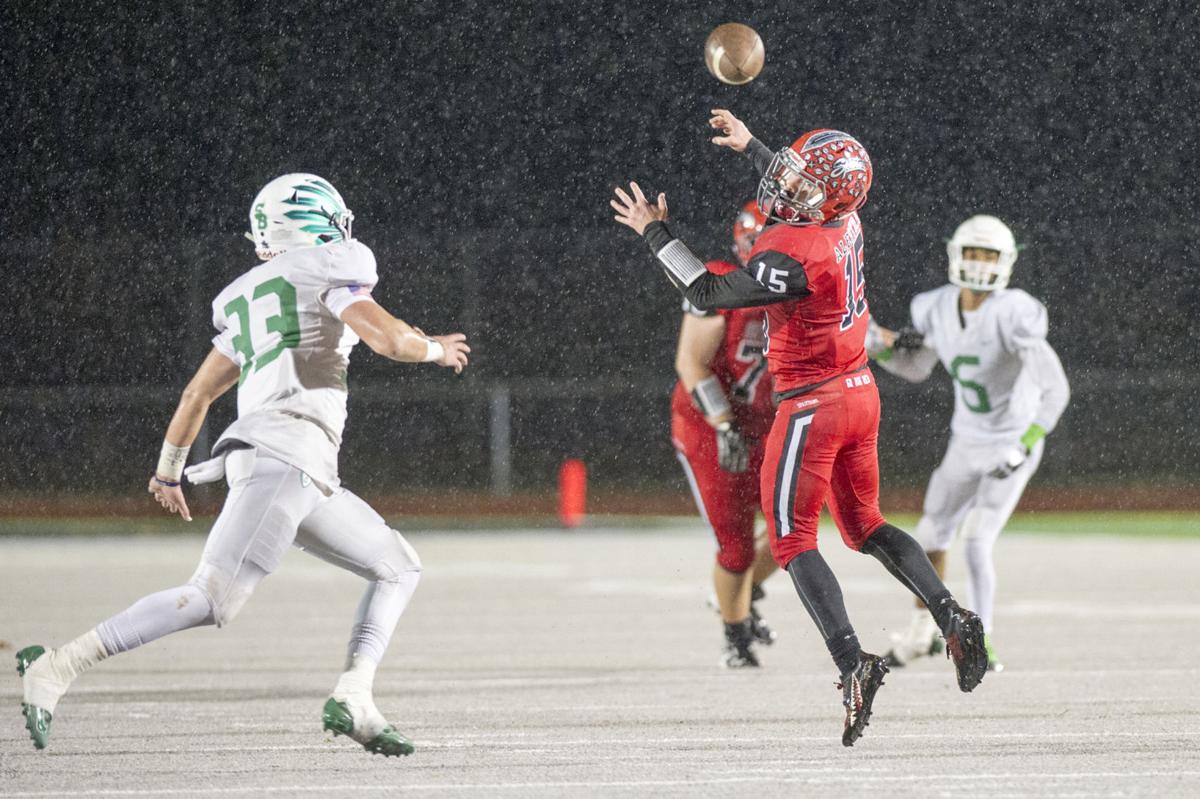 Fresh off a fifth straight Northern Section championship, the East Nicolaus High football team advanced to the next step yet again with a neutral site battle against St. Bernard’s of Eureka in the 6-AA NorCal regional bowl game Friday night at River Valley.

Like in its three previous trips to the NorCal level, East Nicolaus faced an unfamiliar opponent, St. Bernard’s being a spread it out, four and five-receiver set offense, which presented too tall of a task for the Spartan defense in a 45-29 defeat to the Crusaders.

“It’s always been a challenge for us (in the NorCal game) because these teams are all spread teams,” East Nicolaus coach Travis Barker said. “We don’t really get to see good spread (offense) teams.”

East Nicolaus’ struggled to find an answer for the aerial attack of quarterback Will Omey and the Crusaders (11-3). Omey, a dual-threat out of the shotgun, passed for three touchdowns, ran another trio of scores and totaled 398 yards of offense by himself.

“We weren’t able to capitalize when we needed to,” Barker said.

East Nicolaus (12-2) used the big play to its advantage in the first quarter to go ahead, 21-14 when senior quarterback Gavin Mcauliff hit Mitch Barker on a 40-yard pass in the final minute of the opening period.

But the offense would stall after that for a total 24 minutes, while St. Bernard’s continued to light up the rainy sky, dropping 31 unanswered points on the Spartans.

The run game, normally, its go-to weapon, just wasn’t clicking for East Nicolaus. Aaron Alestra led East Nic in rushing with 58 yards, all of which was gained on one play – a touchdown scoring run in the first quarter.

“We didn’t get our run game established like we wanted to,” Barker said. “We had a young line this year and (St. Bernard’s was) fast to the ball.”

Mcauliff, a dual-threat QB himself, finished with only 10 yards rushing on 14 carries. He passed for 166 yards on 8 completions and a touchdown toss.

Despite the loss, the team – especially the senior class led by Mcauliff – will leave East Nicolaus with quite a legacy. Not only did the school capture its 5th straight NSCIF title, but Friday night was only the third time that Mcauliff and the seniors had suffered in defeat in high school.

“Our goal every year is to win a section championship and we’ve done that,” Barker said. “That’s what they need to be proud of.”

Next year East Nicolaus will look to reload for a potential 6-peat.

“We’ll be back in January starting it all over again,” Barker said.

St. Bernard’s will host South Torrance – a 47-28 winner over Canoga Park – for the 6-AA state championship next week.