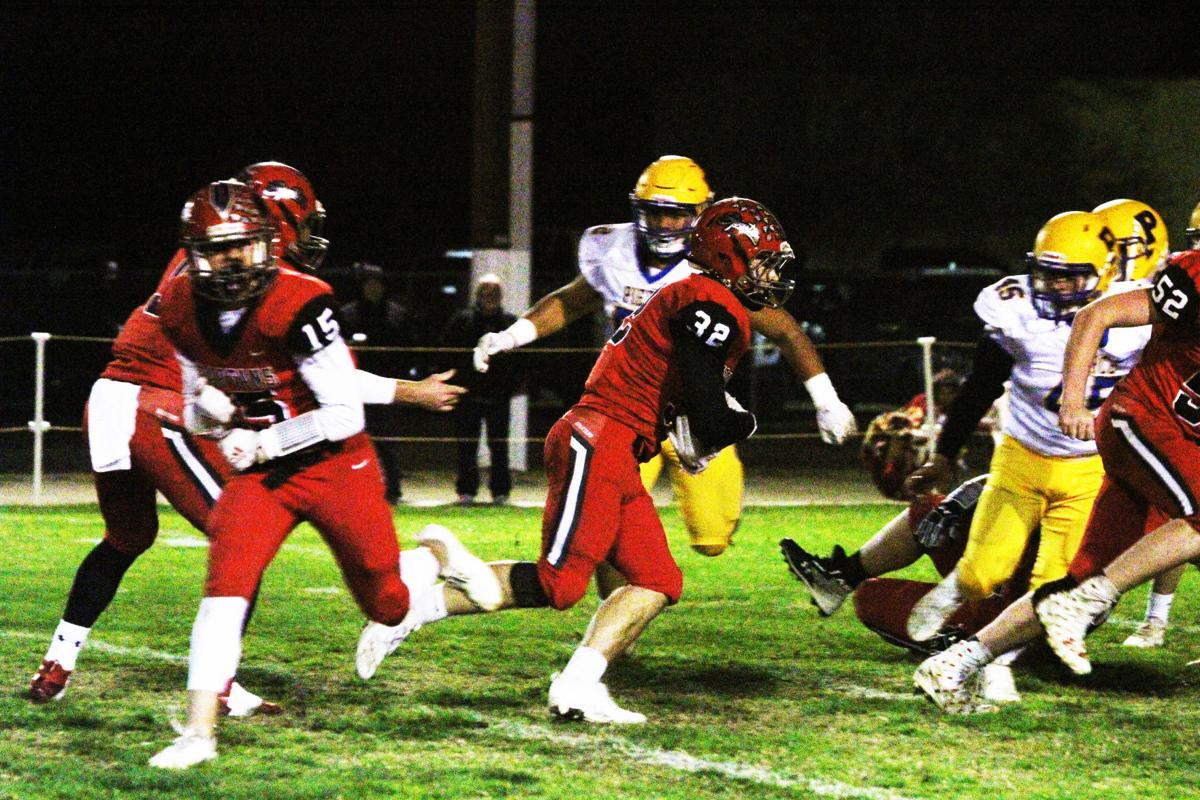 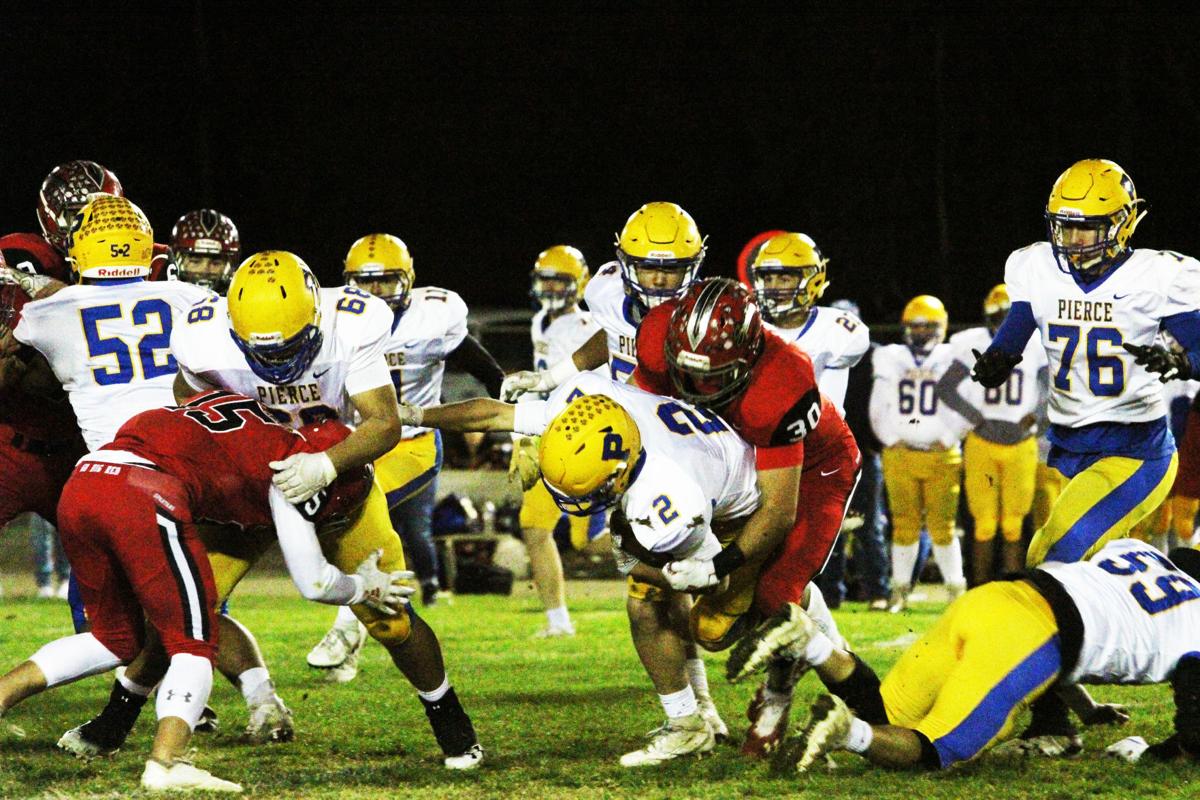 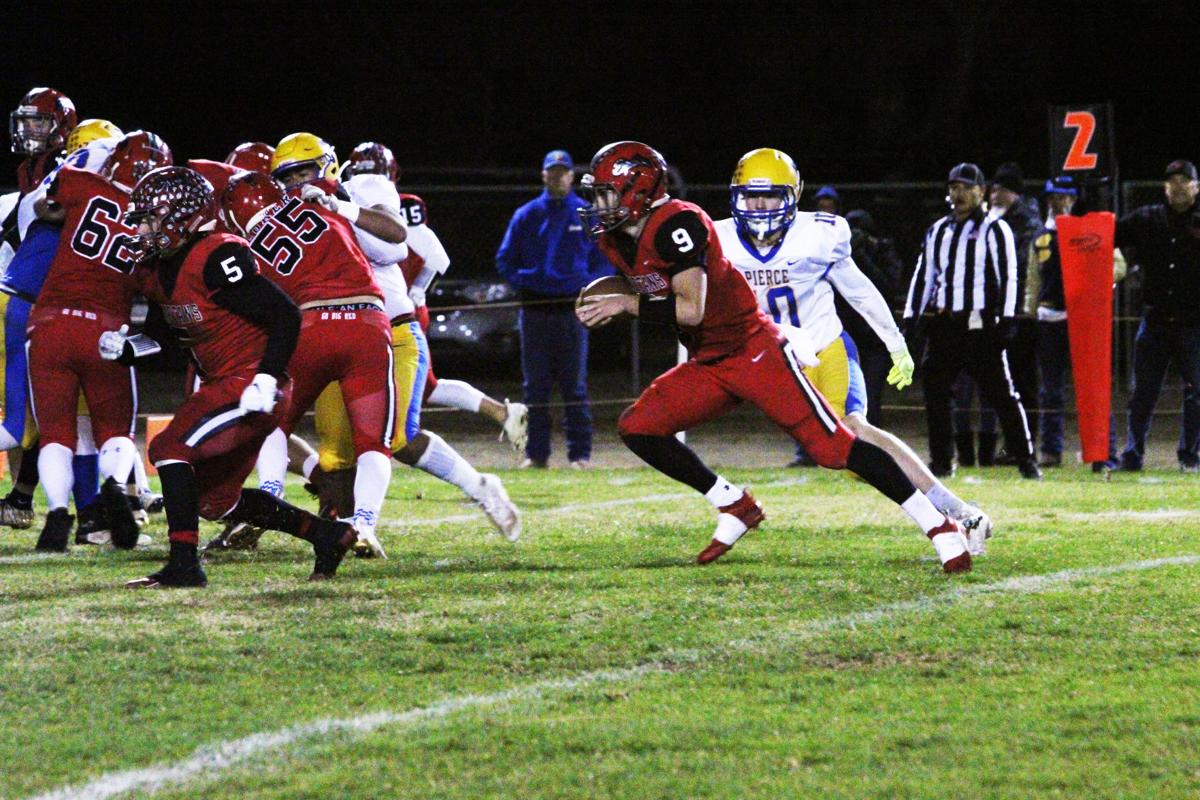 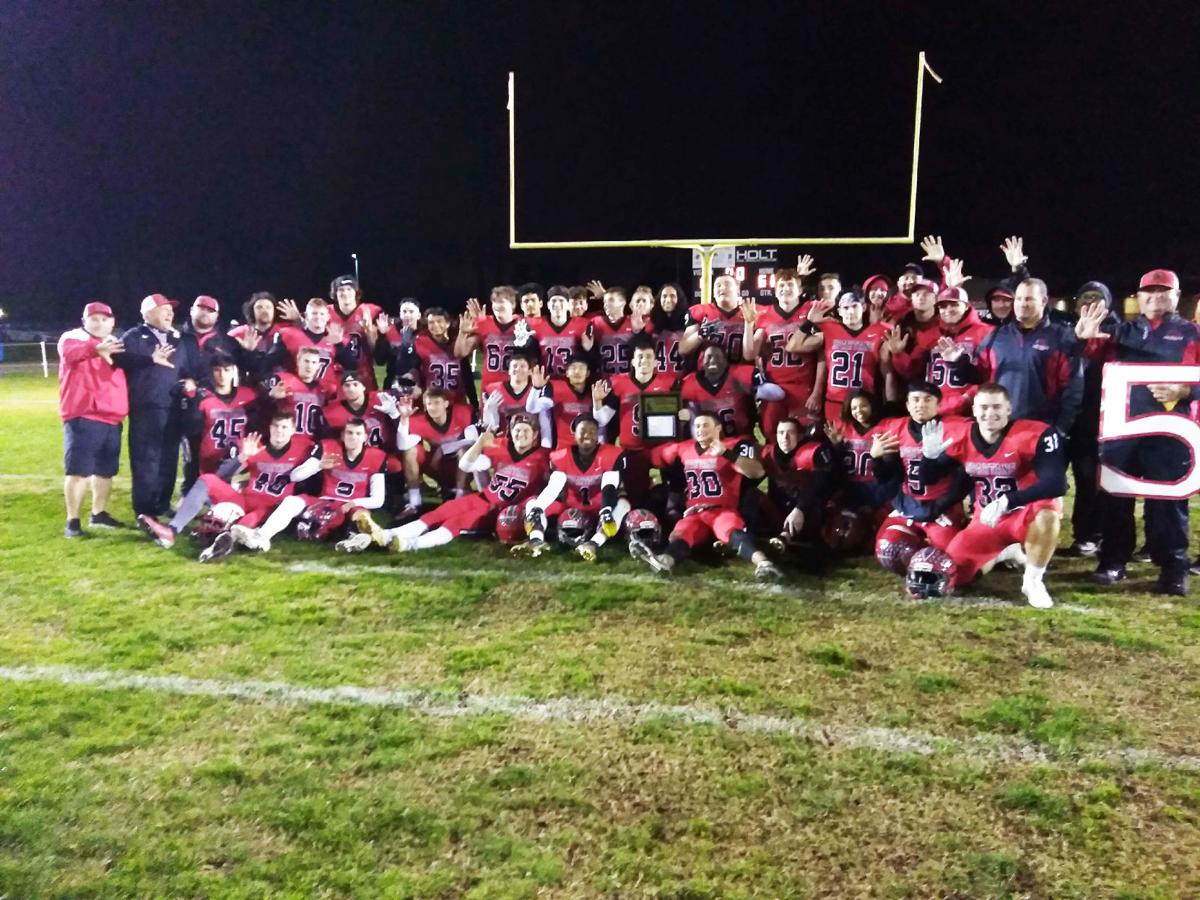 Mitch Barker and the Spartans were in full-force against Pierce’s squad in the Northern Section Division IV title game at Wahl Field on Wednesday. Playing against the Bears better the second time this season was important to the Spartans.

From start to finish, East Nicolaus scored almost at-will; offense, defense and special teams. That led to a 61-14 win over the Bears to claim a fifth consecutive section title.

“You always try to peak at the end of the season,” said Travis Barker. “They are playing good football, making good blocks.”

Next opponent for East Nicolaus (12-1) will be determined on Sunday. That is when the California Interscholastic Federation will release brackets for NorCal teams, plus SoCal teams that win their section title games. The section title gives the Spartans their five consecutive berth into the CIF State Football Championship Bowl Games.

East Nicolaus is also riding a 12-game winning streak. Paradise, which plays Sutter for the section’s D-III title game at River Valley High today, posted a 35-28 win over the Spartans in a non-league game on Aug. 30.

Within six minutes of the first quarter of the title game, East Nicolaus jumped out to a 14-0 lead over Pierce (8-5).

Receiving the opening kickoff, the Spartans wrapped up a four- play, 82-yard drive when quarterback Gavin McAuliff kept the football, found an opening in the middle of the Bears’ defense and ran down the middle of the field for a 66-yard touchdown run with 10:09 left on the clock. Ashton York booted the Spartans’ extra-point to make it 7-0.

That touchdown was set up by runs from Spartans slot back Aaron Alestra, plus McAuliff, Barker and running back JT Stinson.

“We have what we like to call a four-headed monster; we’ve got Mitch, Aaron, Gavin and JT,” said Barker of the quartet. “It’s hard for teams to prepare. Each week, they are going to trade off. If any team tries to single-handily focus on one guy, it opens a door for another.”

Mitch Barker added, “We have so many threats. That’s one of the reasons why this offense is so dominate.”

Pierce opted to pass the football on its first play of offense after receiving the ensuing kickoff. But McAuliff, who doubles at outside linebacker, picked off Bears quarterback Eduardo Paiz pass at midfield.

“The defense did incredible,” said Mitch Barker, who also plays linebacker in certain situations for the Spartans.

Nine plays later, Barker scored his first touchdown of the game on a 1-yard run with 6:18 remaining on the clock. York’s kick through the uprights made it 14-0.

“We said ‘hey this is the section championship, we needed to come out and focus this week,’” Barker said. “That’s what happened, we just come out and 100 percent focus.”

Another Pierce turnover gave East Nicolaus a 21-0 lead. This time, Spartan cornerback Zack Scoggins picked off Paiz, now his second interception of the game. Then three plays later, McAuliff scored his second touchdown of the game on a 50-yard run. York’s kick was good.

The Spartans’ defense continued to make life rough for the Bears at the beginning of the second quarter. Punting from its own 34-yard line, Pierce had a bad snap on the punt attempt. The football bounced and East Nicolaus defensive end Logan Woodward recovered the ball at the Bears’ 1-yard line.

Another Bears mistake – this time on special teams – led to East Nicolaus taking a 34-0 lead. On the kickoff after, East Nicolaus scored to make it 28-0, a Pierce player couldn’t hang onto the football after the kickoff. That’s when Spartan defensive back Kekona Pina recovered the ball at the Bears’ 47-yard line.

A combination of passes from McAuliff to Stinson and Scoggins, plus a facemask penalty called against Pierce, gave the Spartans the ball at their opponents’ 6-yard line.

McAuliff scored his third touchdown of the game on a 6-yard run. The extra-point kick was blocked.

Pierce got on the scoreboard with 3:56 left in the second quarter. That’s when Paiz found tight end Luke Voorhees on a 3-yard pass. The Bears opted for the 2-point conversion that was no good, leaving the score at 34-6.

At an even two minutes left in the quarter, East Nicolaus upped its lead to 42-6. McAuliff recorded his fourth touchdown on a 13-yard run. The Spartans, looking to make up for the missed extra-point, opted for a 2-point conversion, but the run was stopped short of the goal line.

McAuliff continued his terror from his outside linebacker’s spot entering the third quarter for the Spartans. He picked off another Paiz pass at midfield.

Five players later on offense, McAuliff connected with Barker on a 10-yard pass. The extra-point kick was blocked again, but the Spartans increased their lead to 48-6, with a running clock already in place.

Add another touchdown for McAuliff later in the third quarter, as the Spartans’ defense forced the Bears to punt the ball. This time, McAuliff scored on a 26-yard run. York’s kick was good to make it 55-6.

The Bears scored their final touchdown of the game and season when Paiz found Voorhees again, this time in a 30-yard strike at 2:40 in the quarter. The 2-point run was no good.

The Spartans had the football the entire fourth quarter. Devarius Robinson scored on a 1-yard run with 2:27 on the clock. The Spartans fumbled the ball on the 2-point conversion attempt.

In their first meeting on Sept. 20, a non-league game on the Bears’ field in Arbuckle, East Nicolaus also dominated that game. That led to a 47-12 win over Pierce, a member of the Sacramento Valley League that finished tied for second place with Winters (5-7).

“It is late in the season and we have all of the kinks worked out,” said Travis Barker of playing against Pierce this time. “I think that was the main part of it.”

Plenty of smiles and hugs presented itself among the East Nicolaus football players and coaches after the game. One would be in a joyous mood after winning a fifth consecutive football section title.

“I was blessed to have a great coaching staff,” said Barker of Neil Stinson, offensive coordinator and the school’s athletic director, plus defensive coordinator Rick Quick and assistant coach Kramer Hagan. “We’re a super dedicated staff. These guys put in thousands of hours to help these guys become good young men. This is the result of all of that. This is a product of that.”

Now comes the waiting game for the Spartans as to where and whom they will play in the CIF NorCal playoffs.

“Our goal here is to win section,” Barker said. “The way the state playoffs work, we don’t have any determination over our future. These guys have built a bond, a brotherhood that has been building for four years. It’s going to come to an end in these last two weeks; we’re just enjoying the ride.”