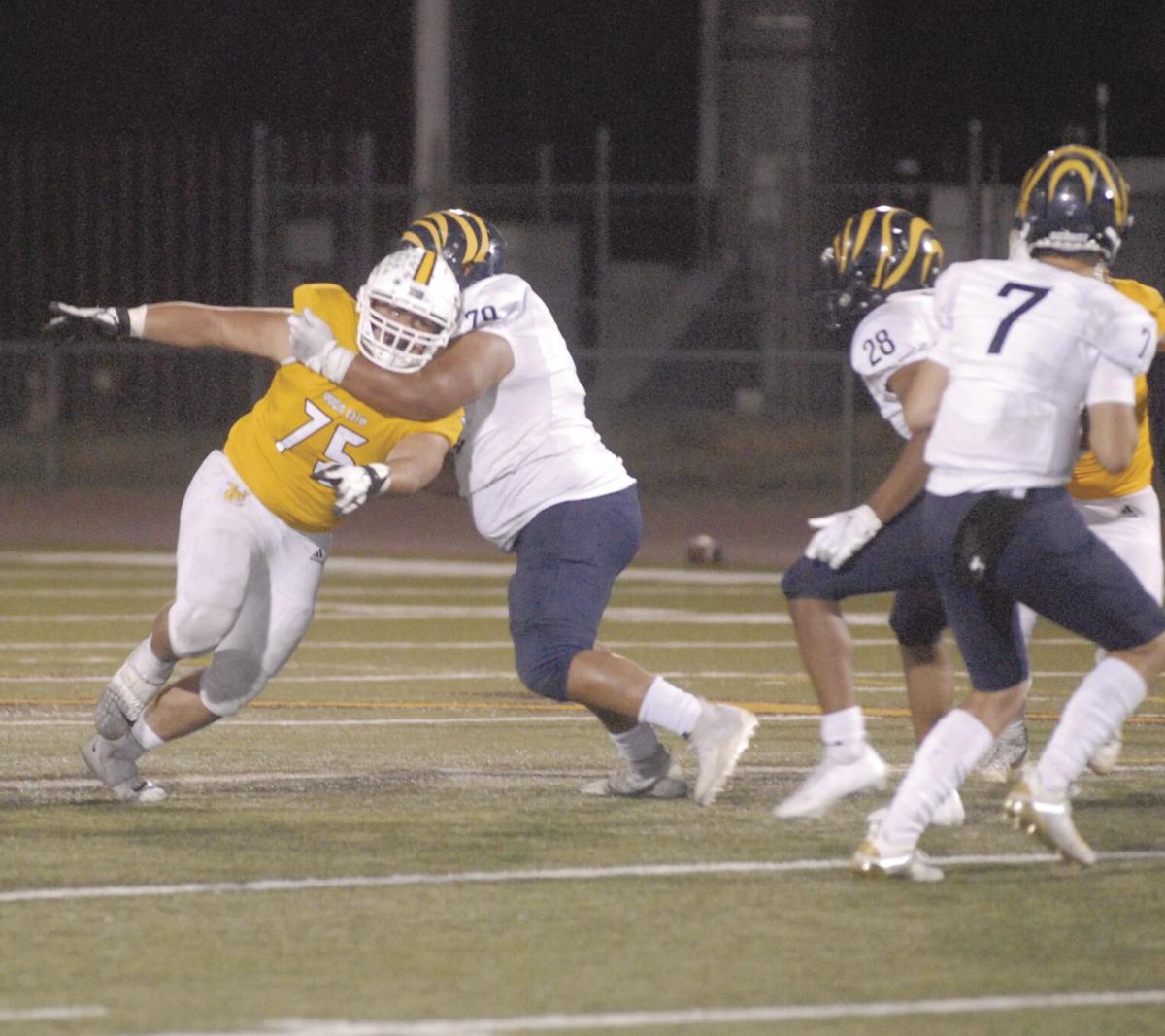 Yuba City’s Gilberto Vela (75) bull rushes up the middle in the second quarter of the Honkers’ senior night against Inderkum. 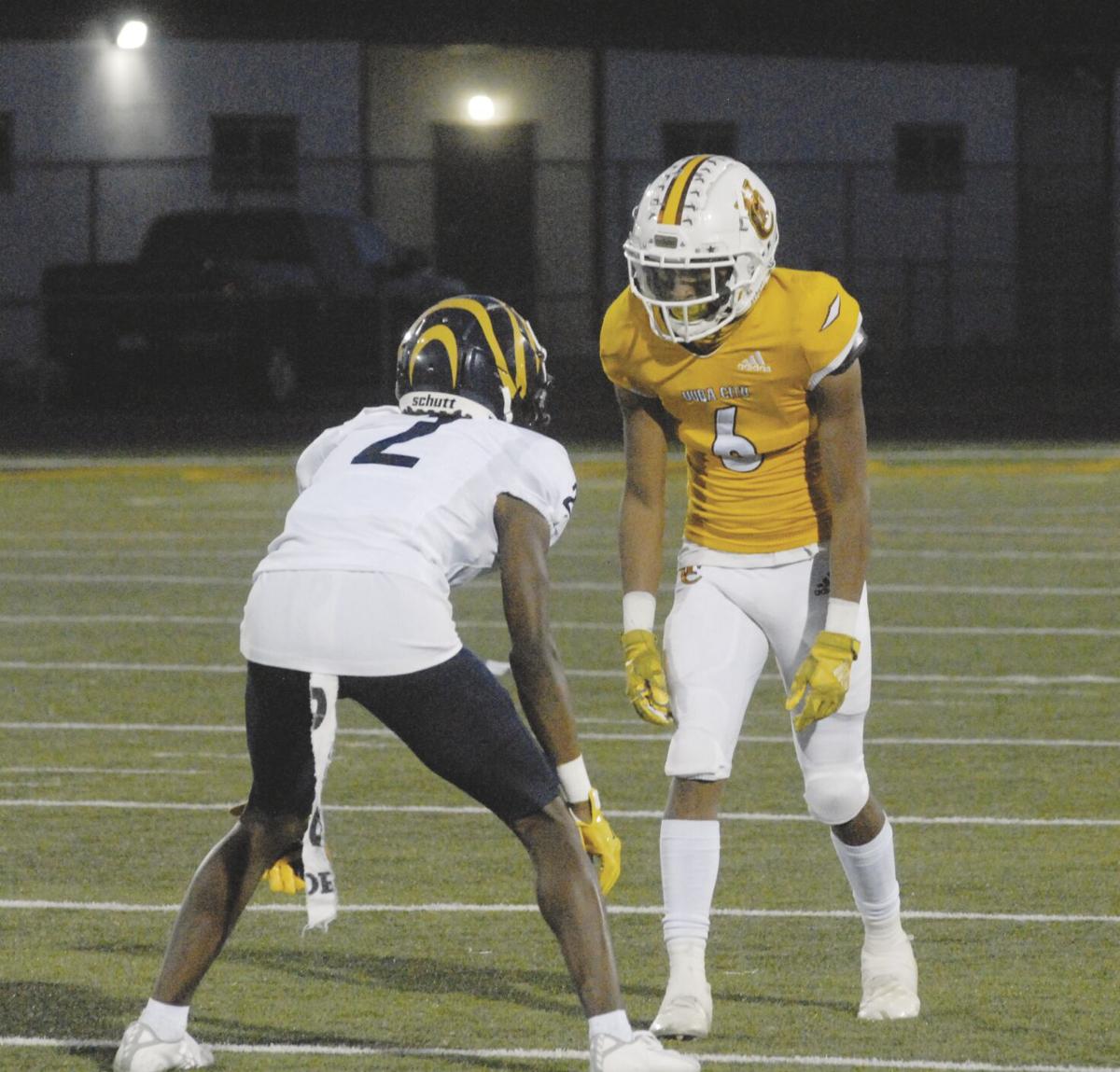 Isaac Price gets set to go one-on-one with an Inderkum defender in the first half Friday.

Yuba City’s Gilberto Vela (75) bull rushes up the middle in the second quarter of the Honkers’ senior night against Inderkum.

Isaac Price gets set to go one-on-one with an Inderkum defender in the first half Friday.

Yuba City High’s defense did the job for nearly 46 minutes Friday against powerhouse Inderkum of Sacramento.

Yuba City, essentially from the get-go, had it defense keyed up when on its first defensive possession Gilberto Vela got to and brought down freshman quarterback Maealiuaki Smith, forcing the Tigers first punt.

Yuba City, which had relinquished just 19 points in three games coming into to Friday, sacked Smith again on its second possession. The unit then picked the 6-foot-4, 190-pounder early in the second quarter to force its first turnover.

Inderkum had its defense rolling early as well, intercepting Yuba City quarterback Mason Niccum on the ensuing possession following YC’s INT to get it right back.

Both teams essentially chipped away in the opening half, with the Honkers’ best chance to score coming on their final possession. Tre Henry and Joaquin Porcayo alternated rushes, helping YC get into the red zone. But Inderkum stood strong and forced YC’s second field goal when Oshae Castleberry stopped YC in the flat on third down inside the 10.

The Honkers were forced to kick their second field goal to go up 6-0 at the break.

– River Valley fell short in the second half at Woodcreek, 28-14.

The game was tied at 14 at the break.

– East Nicolaus grabbed the early lead then put it away in the third quarter with a couple touchdowns to grab its first win this spring, 42-20 over Wheatland.

Biggs ended its spring season with 67-6 rout at home over Live Oak, which fell to 0-3.

The Lions are at East Nic to close its season next week.

– Cameron Carr rushed it nine times for 89 yards and two touchdowns to help Gridley win 48-7 at Orland. He also threw for 155 on 8-of-10 passing and four touchdowns – three going to Elias Counihan. Shay Carr also had a receiving touchdown from his cousin Cameron Carr.