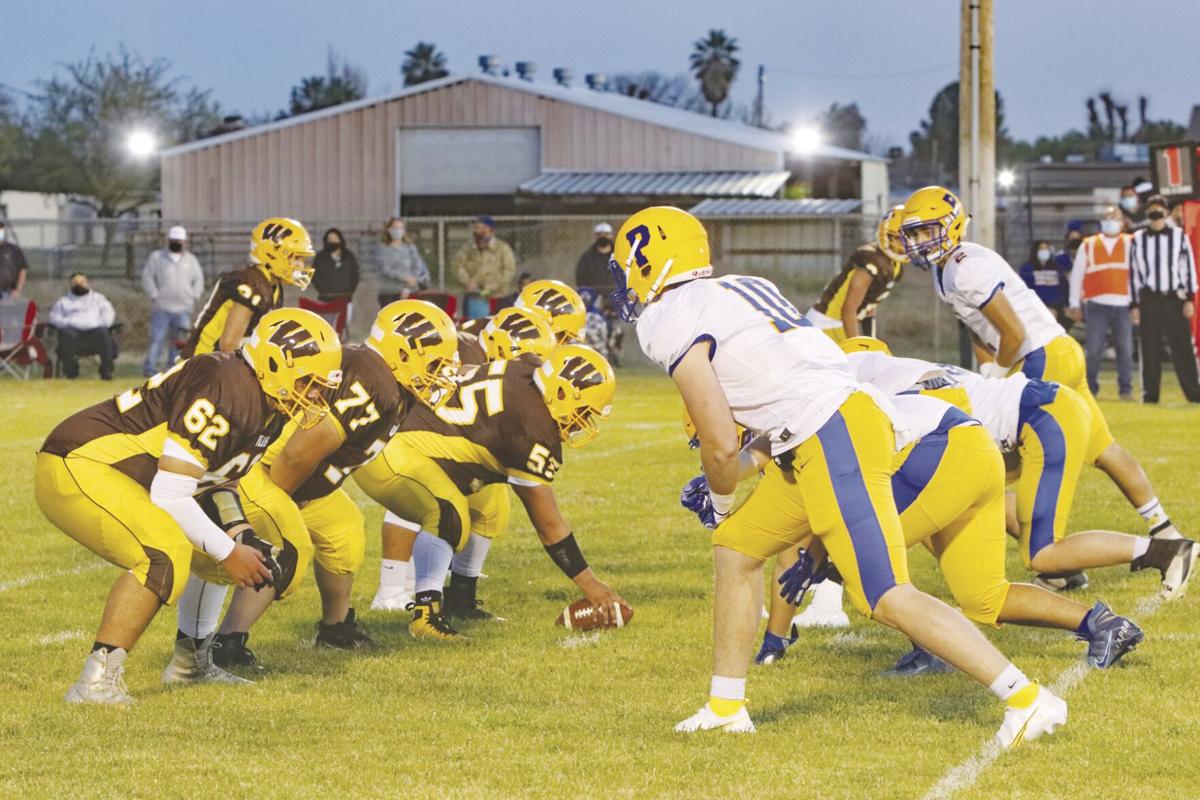 The 2021 Rice Bowl between Williams and Pierce kicked off Friday night in Arbuckle. Pierce won 36-0. 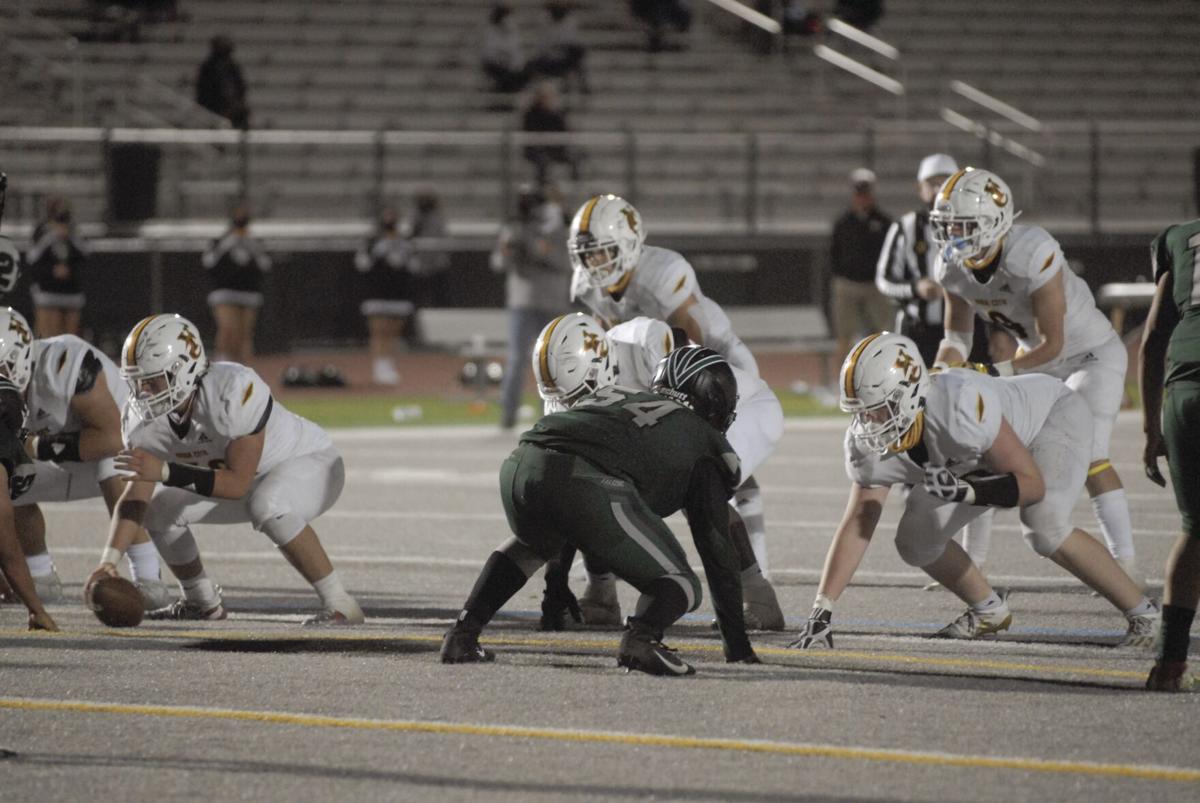 Dane Tedder of Yuba City gets set to take the direct snap, which led to his second touchdown to help the Honkers grab a 40-6 win over River Valley in the 15th Mayor’s Cup Friday night at River Valley. 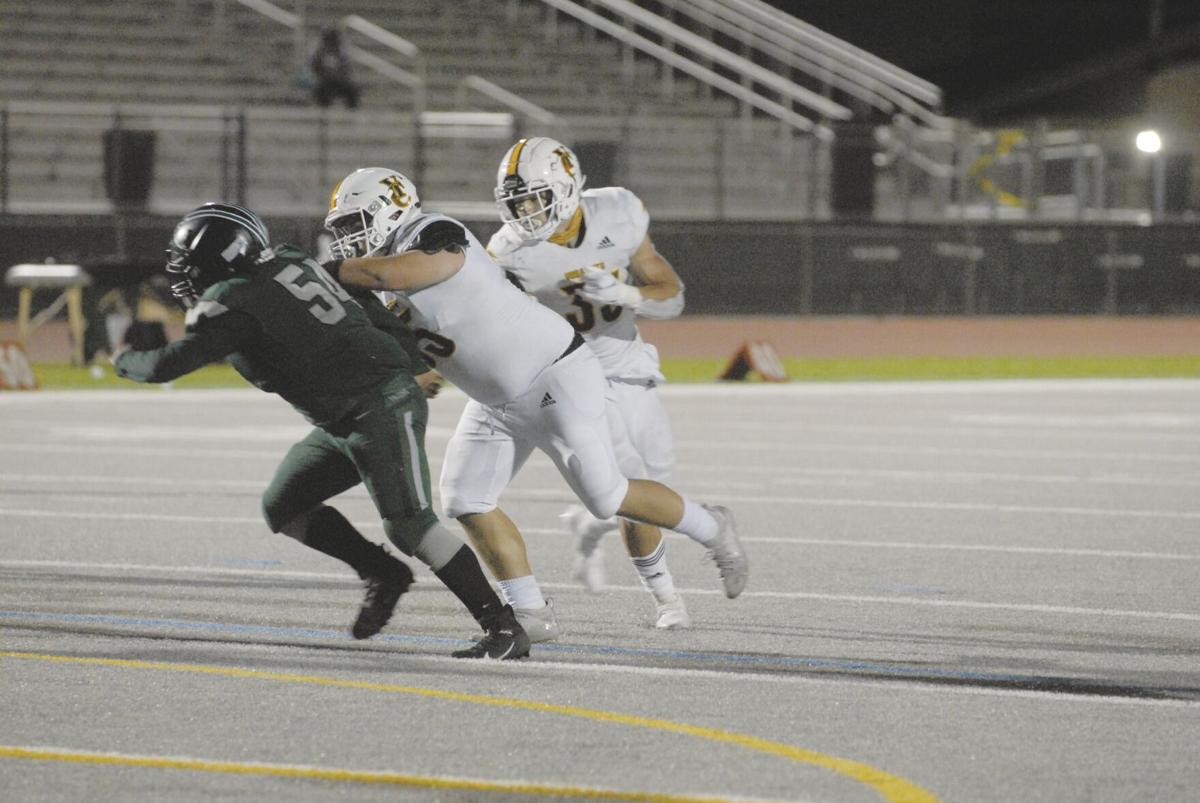 The 2021 Rice Bowl between Williams and Pierce kicked off Friday night in Arbuckle. Pierce won 36-0.

Dane Tedder of Yuba City gets set to take the direct snap, which led to his second touchdown to help the Honkers grab a 40-6 win over River Valley in the 15th Mayor’s Cup Friday night at River Valley.

It took all of a half a quarter for the Yuba City High football team to turn a possession game into a commanding rout Friday night in the 15th annual Mayor’s Cup at River Valley.

The Honkers used an aggressive push with their defensive front to twice turn River Valley over on downs and capitalize with rushing scores – the second a 55-yard touchdown run by Keola Abreu to blow it open en route to a 40-6 victory over the Falcons.

RV (1-1) struggled all night to mount any kind of offense against the YC front. During the second quarter spurt, Gilberto Vela managed to penetrate the backfield and get to Falcon quarterback Collin Totmann. A little later in the period, Vela and Nick Afato tag-teamed an RV ballcarrier to once again put RV behind the chains.

Offensively, Dane Tedder scored twice in the second quarter, capped by a 14-yard run punctuated by a mammoth-sized hurdle at the RV-8, giving the Honkers the eventual 28-0 half-time lead.

YC is scheduled to host Pleasant Valley out of Chico next Friday, while RV travels to Roseville.

Gridley (1-0) jumped ahead early, then put it away in the third with a couple scores, to open its season with a 43-14 win at home over Wheatland.

Up eight at the break, Gridley opened the third quarter by recovering the onsides kick and capitalizing with a touchdown to push the lead to 29-14.

Later in the third, Shay Carr capped a Gridley drive with a 30-yard touchdown catch, expanding the lead to 36-14. Carr finished with a touchdown and three interceptions on defense. His cousin, Cameron Carr led the rushing attack with 18 carries for 349 yards and four scores.

Wheatland (0-1) got behind early and trailed the Bulldogs at one point 22-8 in the second quarter before mounting a run.

Trystan Rymer made it a one-score game with a 95-yard kickoff return for a touchdown, cutting the deficit to 22-14 after the missed 2-point conversion.

Wheatland scored once more in the first half when Manny Galvan capped a drive with an 11-yard rushing touchdown.

Matthew Soderlund finished with 15 tackles at middle linebacker and made six catches for 55 yards at tight end.

Wheatland hosts Oroville next Thursday at 7 p.m.; Gridley is scheduled to play at Sutter on April 1.

Sutter and East Nicolaus had their games canceled this week due to positive COVID tests.