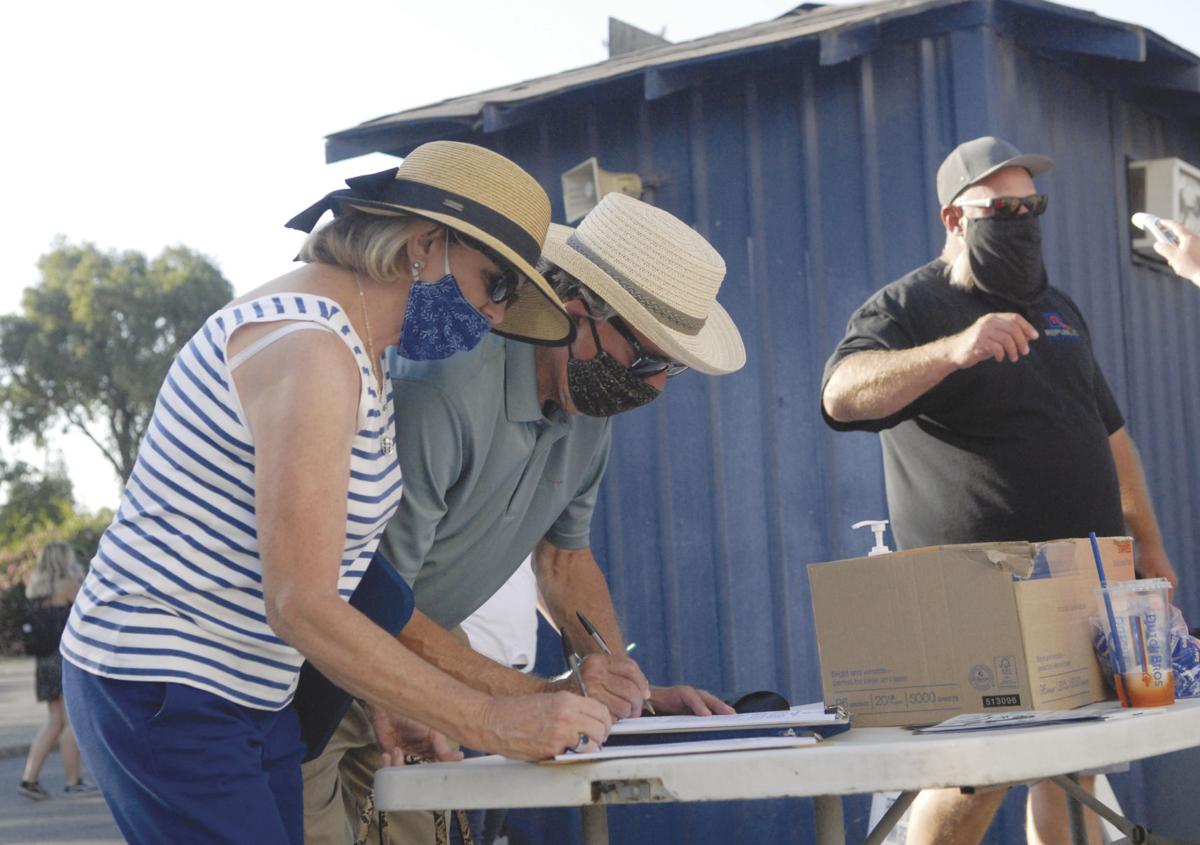 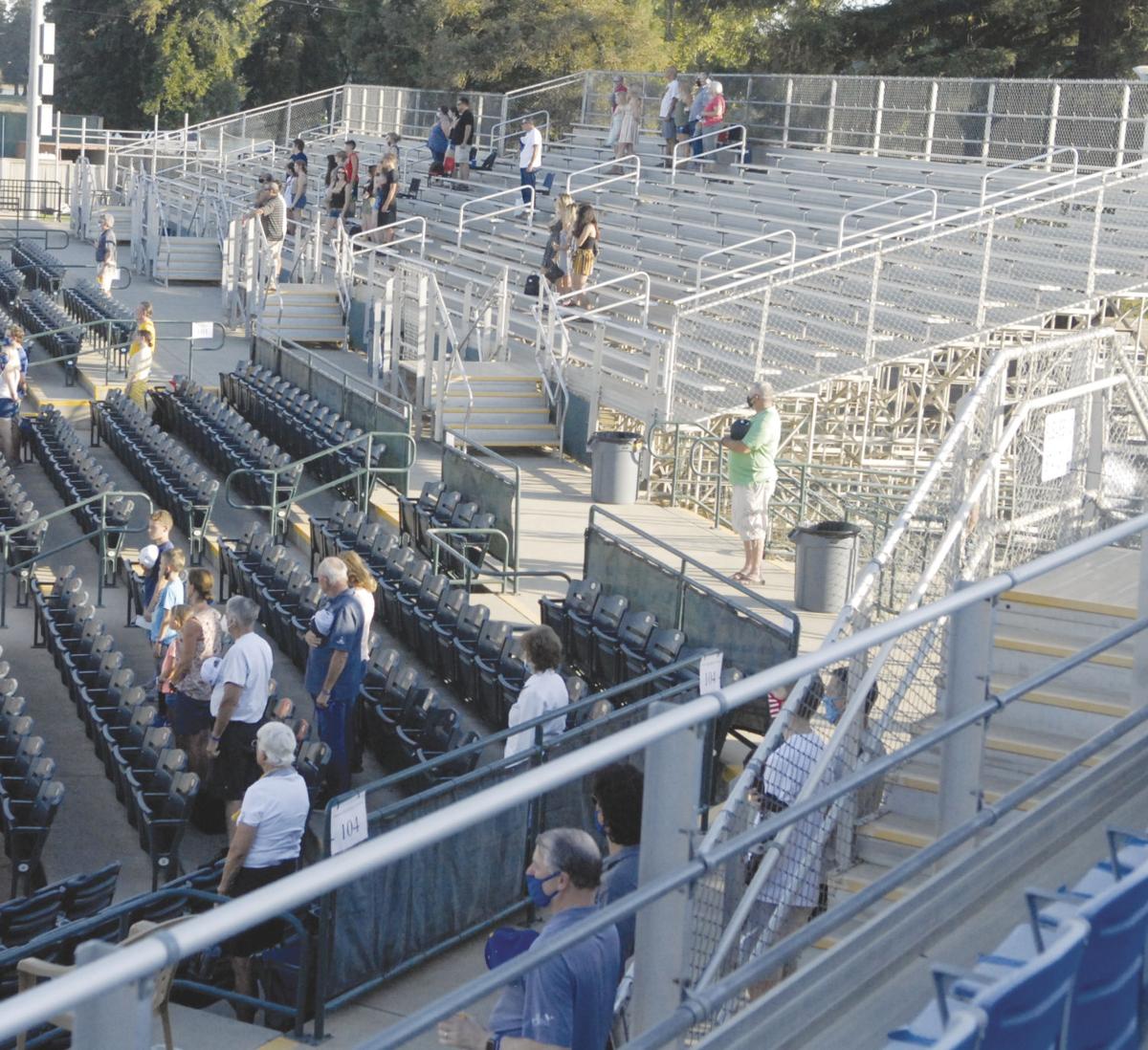 There was a wide array of people who descended upon Colusa Casino Stadium in Marysville Thursday night for the first Yuba-Sutter Gold Sox baseball game open to the public.

Folks from Woodland and Roseville came up to watch some live baseball, while residents from the city of Marysville, Yuba City and surrounding area also came out to support a summer tradition in the bi-county region.

Per the agreement with Yuba County, there is a maximum of 100 fans allowed, while temperature checks, waivers and facial coverings are also part of the deal for attending Gold Sox games this summer.

“It doesn’t bother me (wearing a mask); we’re watching the game,” Walker said.

There were a few people out there who pushed back on the facial covering requirement, according to Gold Sox usher Savannah Bird.

Bird, who began her second season with the Gold Sox, said one of her roles is to encourage mask wear by everyone.

“We do need people to wear the mask if we’re to stay open,” Bird said.

Bird said spectators, who do not come together, are spaced out three seats apart or by row, to achieve the proper social distancing agreed upon in order to keep everyone safe during the ongoing public health crisis surrounding coronavirus.

Tom Harvey, a first-time Gold Sox spectator, said while he doesn’t necessarily like wearing the mask, he will do whatever is necessary in order to attend an event amidst a pandemic.

It’s a requirement for now, so Harvey and his friend Joan McLauglin are on board. The two came out to watch their grandson, Ryan Harvey pitch for the Gold Sox against Palo Alto in a single-game series.

Ryan Harvey plays at UC Santa Barbara, one of many programs shut down this spring when COVID-19 first hit.

Harvey, like so many other collegiate stars, was finally able to find a place to continue to develop. It’s a 28-game season where the Gold Sox will play teams out of the Bay Area; down the road in Lincoln and Sacramento through July 26. Tickets can be purchased by visiting https://goldsox.com and clicking on the schedule and tickets tab.

There were many people in attendance on Thursday who will likely go to multiple games despite the fear brought on by COVID-19.

Councilmember Stephanie McKenzie is one who said she will attend games each weekend because it’s simply tradition in Yuba-Sutter.

Logan Diamond and Belle Bugarin attended the opener with a small group of friends as a way to experience a sense of summertime normalcy.

Both are baseball fans with family who played the game – it’s in their blood, they say.

“I came to support friends and family; it’s nice to see people and interact,” Diamond said. “Yes, we’re in a pandemic, but it’s nice to move forward.”

As a 19-year-old, Diamond says she is fully aware of her role in limiting the spread of coronavirus. That’s why she wears the mask when she is out.

“With our generation not taking it as seriously we’re going to infect others;  our grandparents and other people of age,” Diamond said. “We don’t want to endanger them.”

The Gold Sox are back Friday night for a 7 p.m. start against Bay Area Force.  To listen to the game from home visit http://kubaradio.com/gold-sox-baseball.