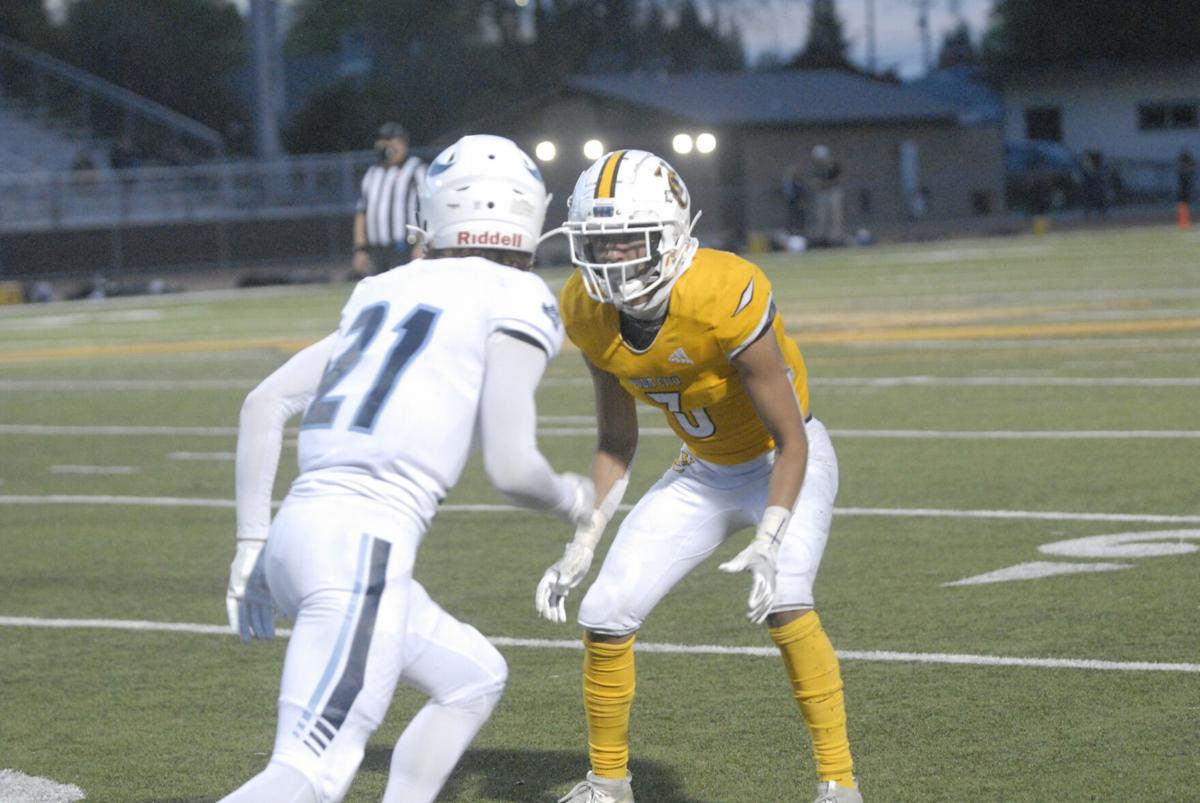 Yuba City’s Tre Henry sizes up a PV receiver during Friday’s home opener against the Vikings. 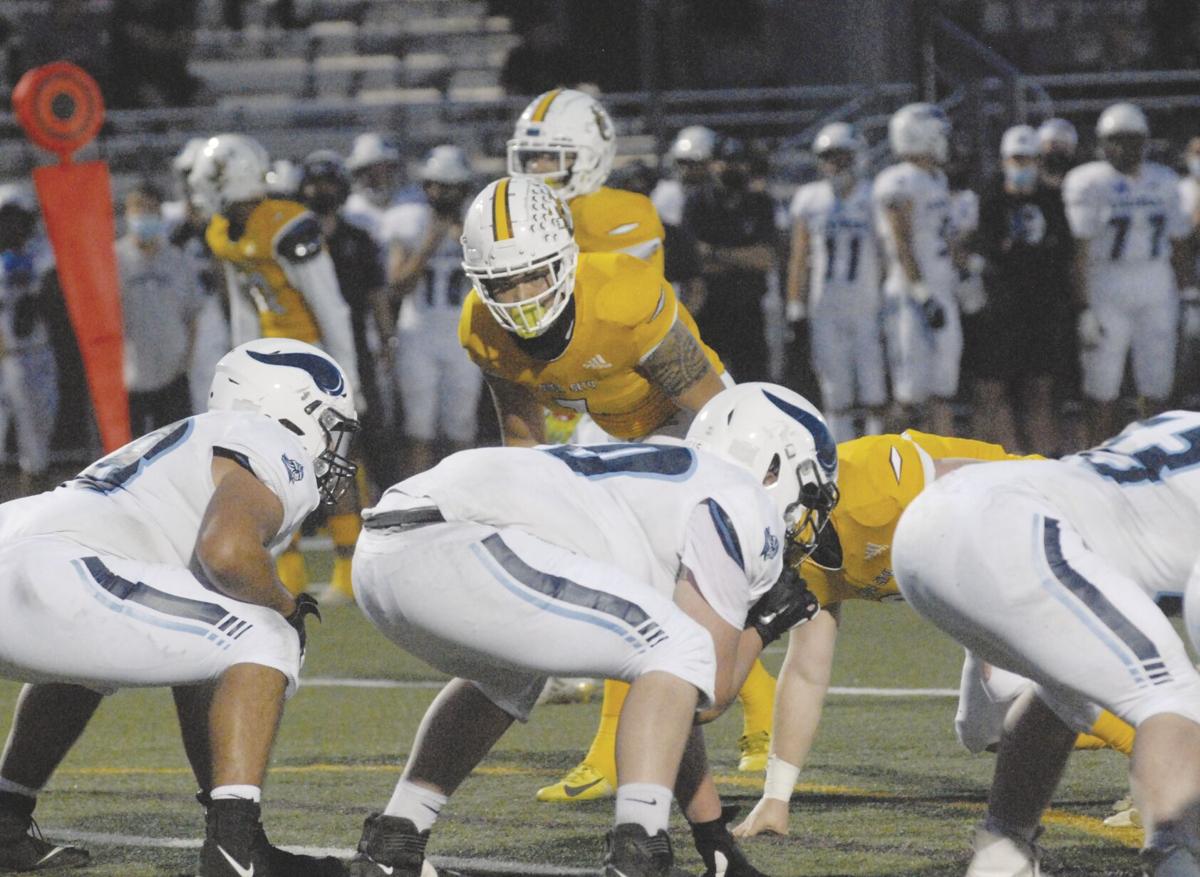 Kyle Hu of Yuba City High, eyes the Pleasant Valley offense during pre-snap of Friday’s cross-section battle between the host Honkers and Vikings from Chico.

Yuba City’s Tre Henry sizes up a PV receiver during Friday’s home opener against the Vikings.

Kyle Hu of Yuba City High, eyes the Pleasant Valley offense during pre-snap of Friday’s cross-section battle between the host Honkers and Vikings from Chico.

A stretch that lasted 482 days finally came to an end Friday night.

After more than 15 months of no football, the Pleasant Valley High football team was back in action. It was the first time PV played a game since Dec. 7, 2019 when the Vikings suffered a season-ending loss to Escalon in the CIF Division 4-A NorCal Regional Finals.

Though the Vikings fell to host Yuba City 14-7, it was a relief to be back on the gridiron.

“One of my buddies said it best, even though we lost it felt so good to be back on the field,” said Vikings quarterback Ian Guanzon. “Words can’t describe it. It was so surreal. I was thinking about it all week.”

After learning that a positive COVID-19 case appeared on the Sutter High football team last week, the Vikings opener was pushed back another week.

The opening quarter included a combined four turnovers. On the first play from scrimmage, Ethan Alexander hauled in an interception to start the game off for PV.

However, the Vikings' ensuing drive ended in a lost fumble.

The Honkers' blocked a punt to end the first quarter, leading to the first touchdown of the game on a 1-yard run from Mason Niccum.

The Vikings, looking to tie the game going into halftime, were at the Honkers' 7. But PV couldn’t find the endzone and went into the break trailing 7-0.

PV’s would gain some momentum on its next drive. On third down and 3, Guanzon aired out a pass under pressure to Sean Saise to move into Honker territory.

However, a turnover on downs stifled the Vikings rally.

On the final possession of the third quarter, Guanzon connected with Grant Garettson over the middle. Two plays later, Guanzon lifted a 35-yard pass in stride to Saise for a touchdown, the first of the season.

“We’ve been talking about connecting until the end of last season,” Guanzon said of Saise.

Another costly turnover, a tipped ball into the hands of Yuba City's Tre Henry on fourth down, with 4:12 remaining kept PV from scoring.

On third down, Guanzon heaved the ball to Cody Morris but the pass was broken up by Dane Tedder.

PV’s last drive ended on a turnover on downs sealing the win for the hosts.

”The defense kept us in the game. We just couldn’t move the ball,” Guanzon said.

Yuba City (2-0) is scheduled to travel to Roseville Friday.

River Valley at Roseville: The Falcons were beaten on the road, 42-21 to fall to 1-2 on the year. RV returns home to take on Bella Vista on Friday.

Live Oak at Durham: The debut of varsity head coach Robert Tilton was a forgettable one Friday as Durham pushed ahead 41-0 at the break to go onto a 49-13 win over the Lions.

Tilton’s message in the second half was to keep pushing and improving. Live Oak was able to get on the board when Raul Romero scored on a 25-yard run. Defensive end Ta’jon Bloomer contributed on the team’s second score when he picked up a fumble and ran it in for a touchdown.

Live Oak nearly got a third score after Odin Moody executed a 55-yard run to give the team another scoring opportunity as time expired.

Live Oak (0-1) hosts Winters in its home opener next week.