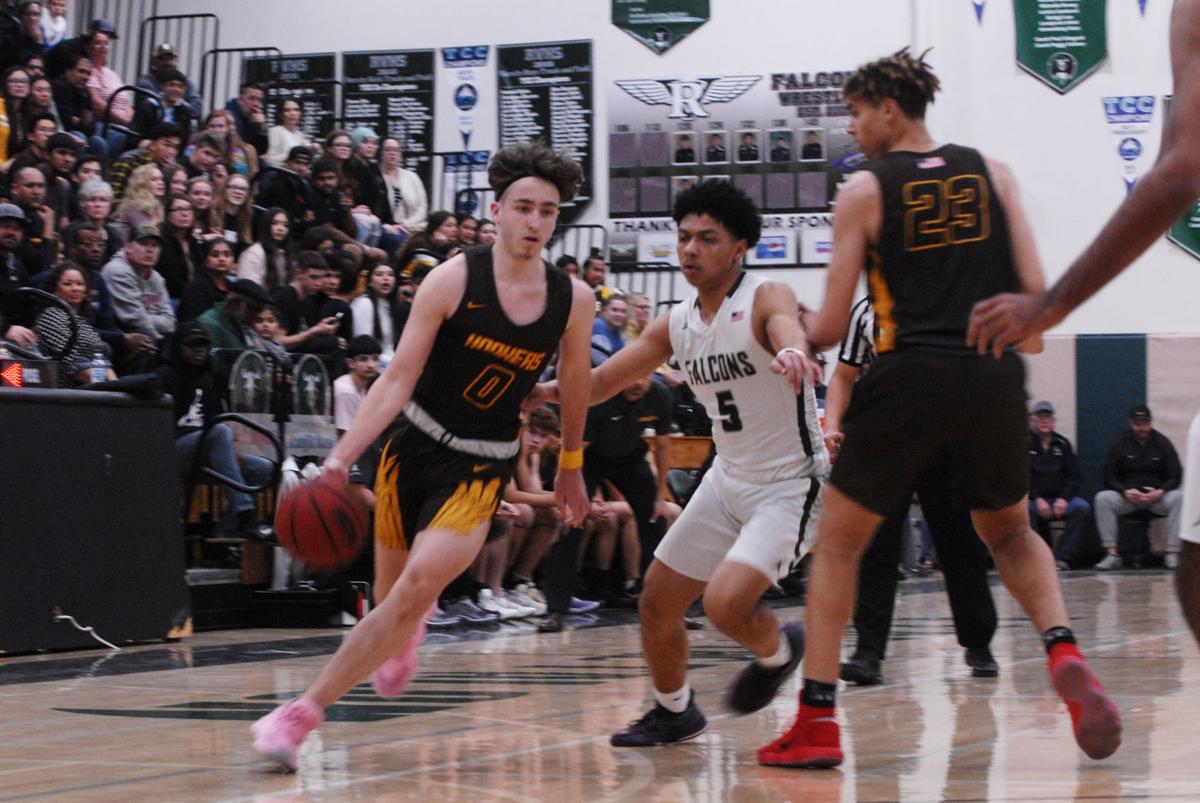 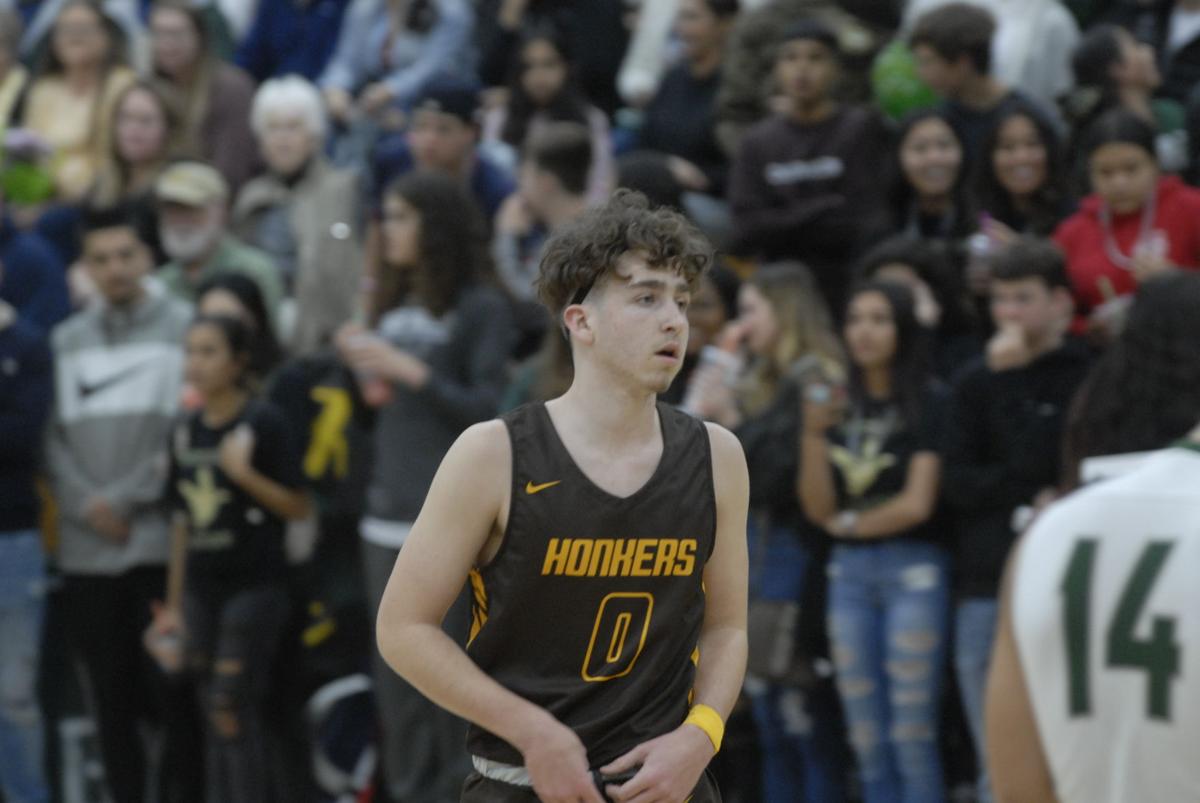 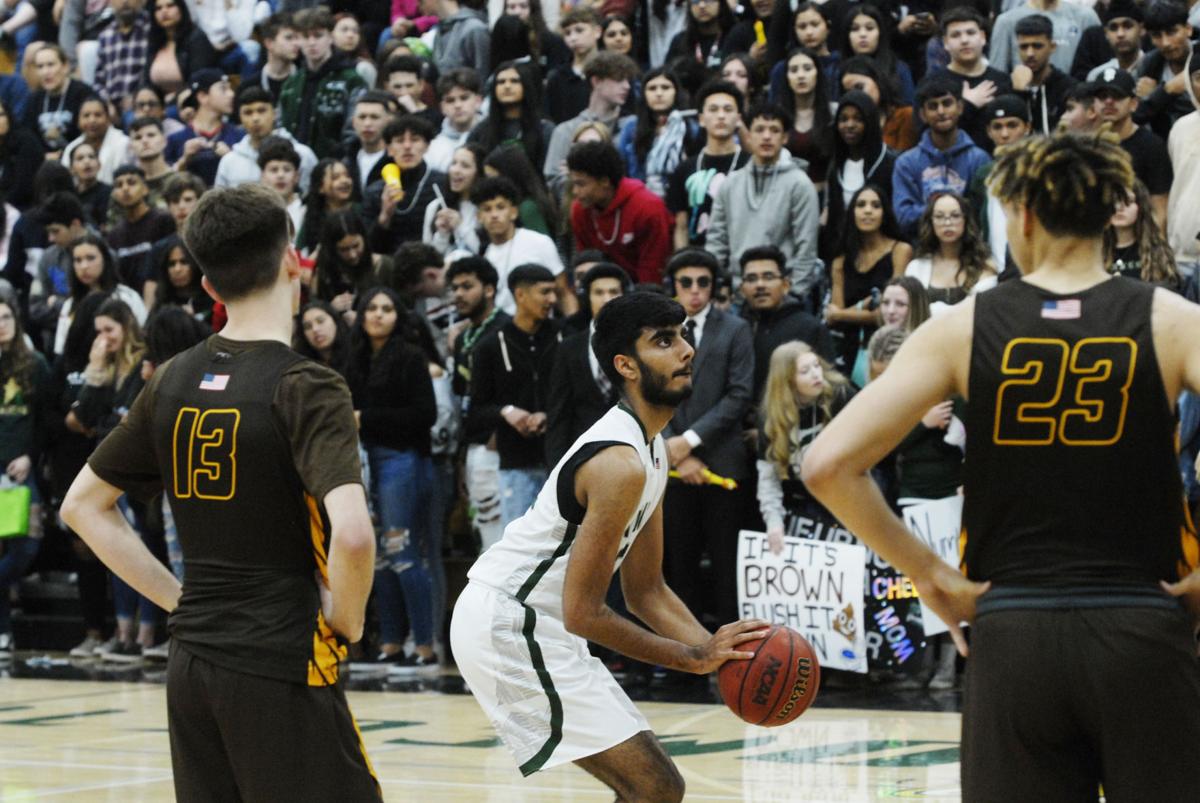 Yuba City’s Mason Lomeli (13) and Keandre Burns (23) look on as River Valley’s Jasjit Mann attempts a free-throw during the third quarter of  Wednesday’s game at the River Valley High gym in Yuba City. 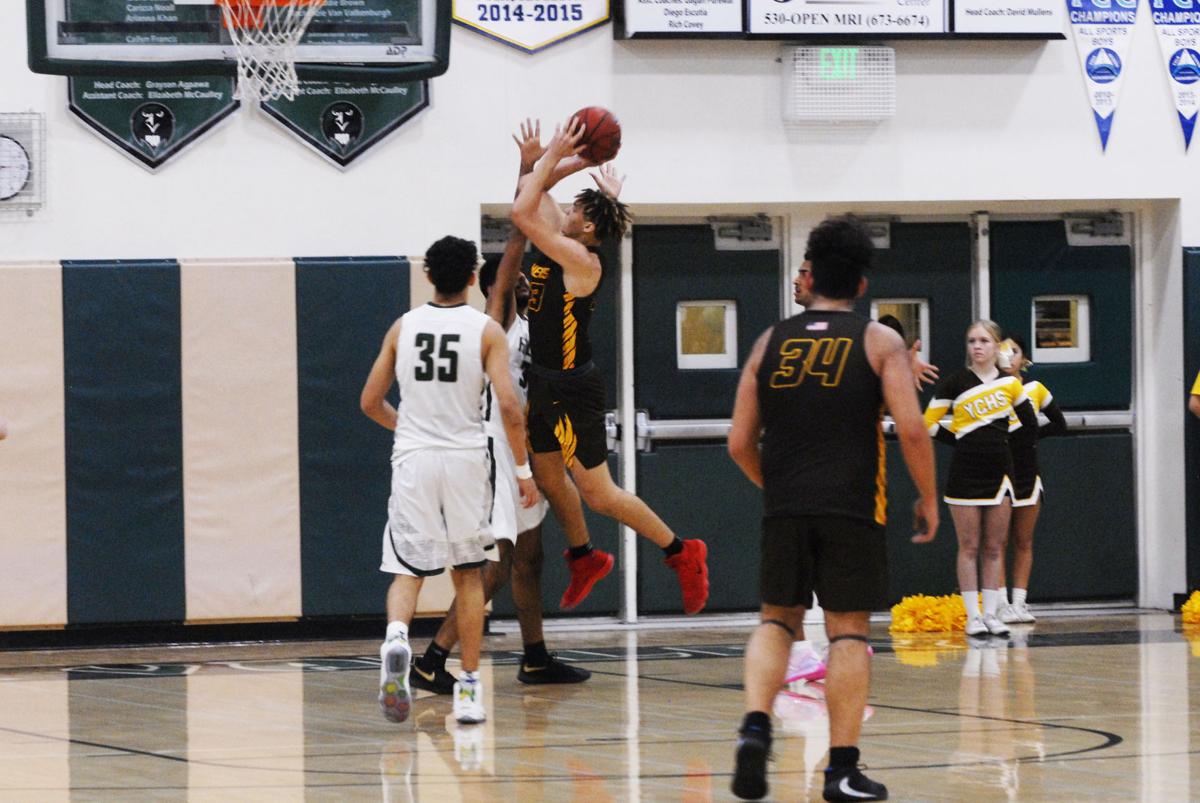 Yuba City’s Keandre Burns goes up for a basket during the third quarter of  Wednesday’s game at the River Valley High gym in Yuba City.

Yuba City’s Mason Lomeli (13) and Keandre Burns (23) look on as River Valley’s Jasjit Mann attempts a free-throw during the third quarter of  Wednesday’s game at the River Valley High gym in Yuba City.

Yuba City’s Keandre Burns goes up for a basket during the third quarter of  Wednesday’s game at the River Valley High gym in Yuba City.

With last month’s loss fresh on their minds, the River Valley boys basketball team sought revenge on home court Wednesday against cross-town rival Yuba City High. However, in the end, it was the Honkers who got the last laugh, taking the showdown by a final score of 51-42.

“These guys played their hearts out tonight, they never quit and they play for each other which makes it a lot of fun to watch,” Yuba City head coach Sundiada Tirado said.

Yuba City guard Jalen Hale led the way for the Honkers finishing the game with a team-high 12 points.

“He’s been so reliable for us this season, he continues to work hard no matter if it’s a game or practice,” Tirado said.

With just under a minute to go the Falcons cut the margin to seven points, attempting to play the intentional foul game to get back in it.

But it proved to be too little too late as multiple 3-point attempts from River Valley fell short to hand the Falcons their third loss of the season against rival Yuba City.

“We had a slow start and I think that’s what really led to the outcome,” River Valley’s Puneet Bains said. “We were never able to get any momentum really going and dig ourselves out of the hole,” he added.

Yuba City jumped out to a 9-0 lead in the first four minutes. It wasn’t until the River Valley’s Shawn Newman hit a mid-ranger jumper with 3:38 left in the first period that the home team got on the board.

After taking a first quarter lead of 16-8, the Falcons narrowed the margin before halftime – outscoring Yuba City in the second period 17-13.

Bains led the second quarter rallying, scoring 10 points in the period off of two 3-pointers, a lay-up and a pair of free-throws.

But before the Falcons could make it into the break, Yuba City’s Lucas Willrich made his presence felt with a monster slam at the rim.

“We brought him back tonight after he had been out for awhile and it made a big difference,” Tirado said. “His size makes him a threat to any team down low,” he added.

In the third quarter both teams would struggle to find points, though it was the Falcons who really hurt offensively only scoring five points in the quarter.

“I think for us it starts with practice, we didn’t have a great week of practice and it showed out there tonight,” River Valley head coach David Williams said. “Every time we started to creep back they would respond by taking it to us. We have to be better than that,” he added.

Down 40-30 heading into the final quarter of play, the Falcons tried to mount a comeback with everything they had.

Yuba City would not budge.

Led by Keandre Burns’ four points in the final period, the Honkers held on late at the free-throw line to secure their 15th win and complete a 3-0 season series sweep over River Valley.

“These guys played hard, we knew it was going to be a hostile environment but that didn’t phase them,” Tirado said.

Bains led all scorers with 19 points. Other notable performances for the Falcons included Newman and Rana, who each finished the game with six points.

After Hale’s 12 points, it was Nathan Flores and Burns rounding out the Honkers scoring with nine points aside.