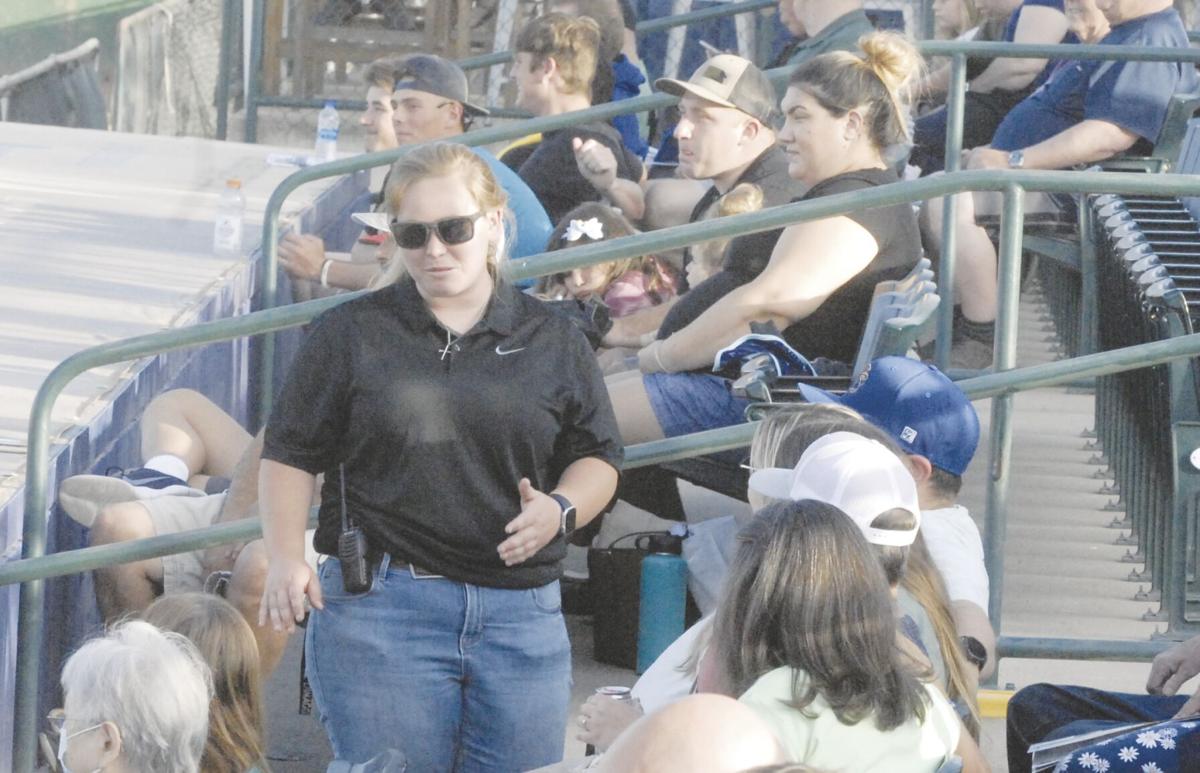 Concessions manager Emily Smoot checks in with her customers during Thursday’s home game. 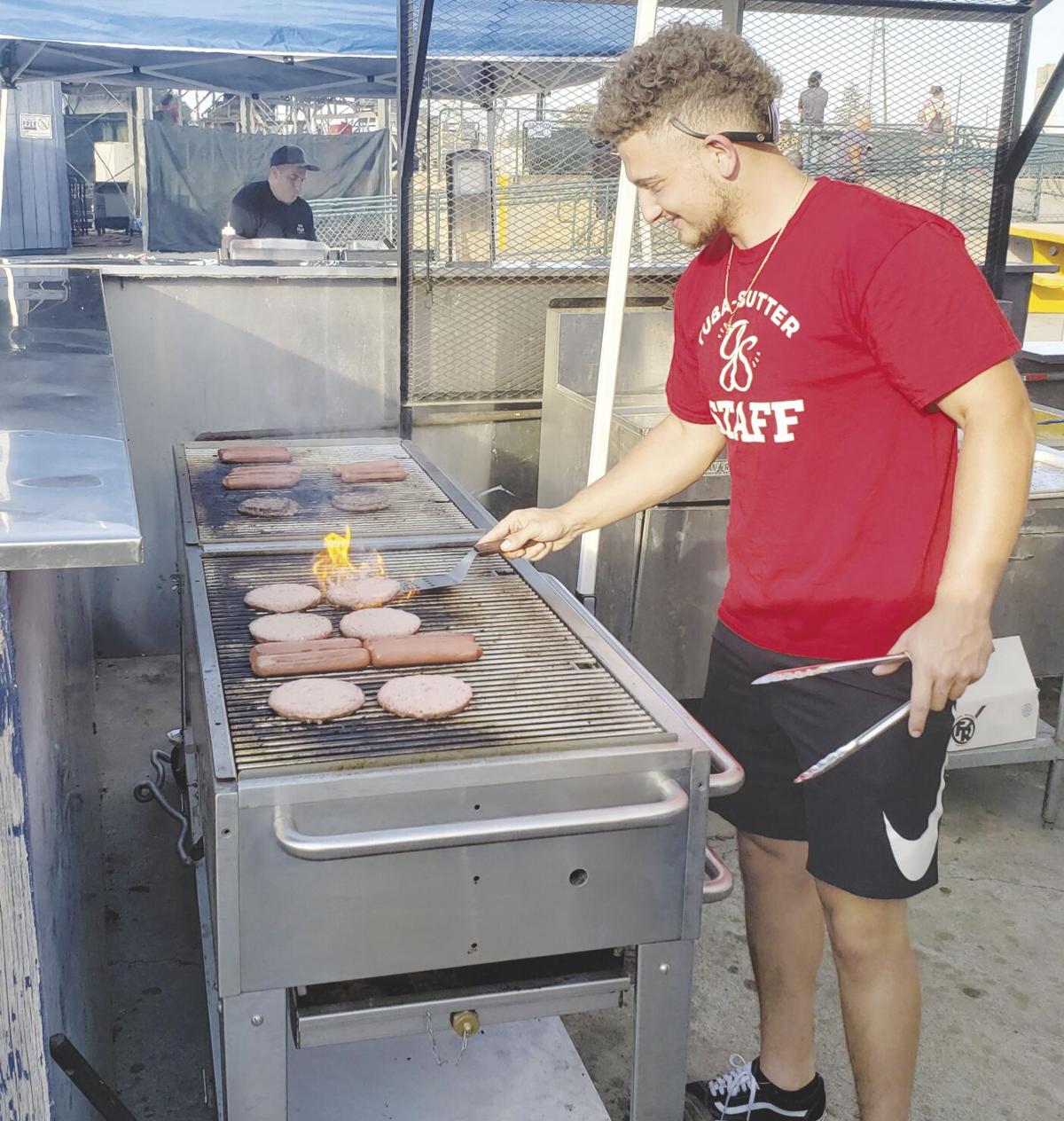 A concession worker works the grill during a Gold Sox game. 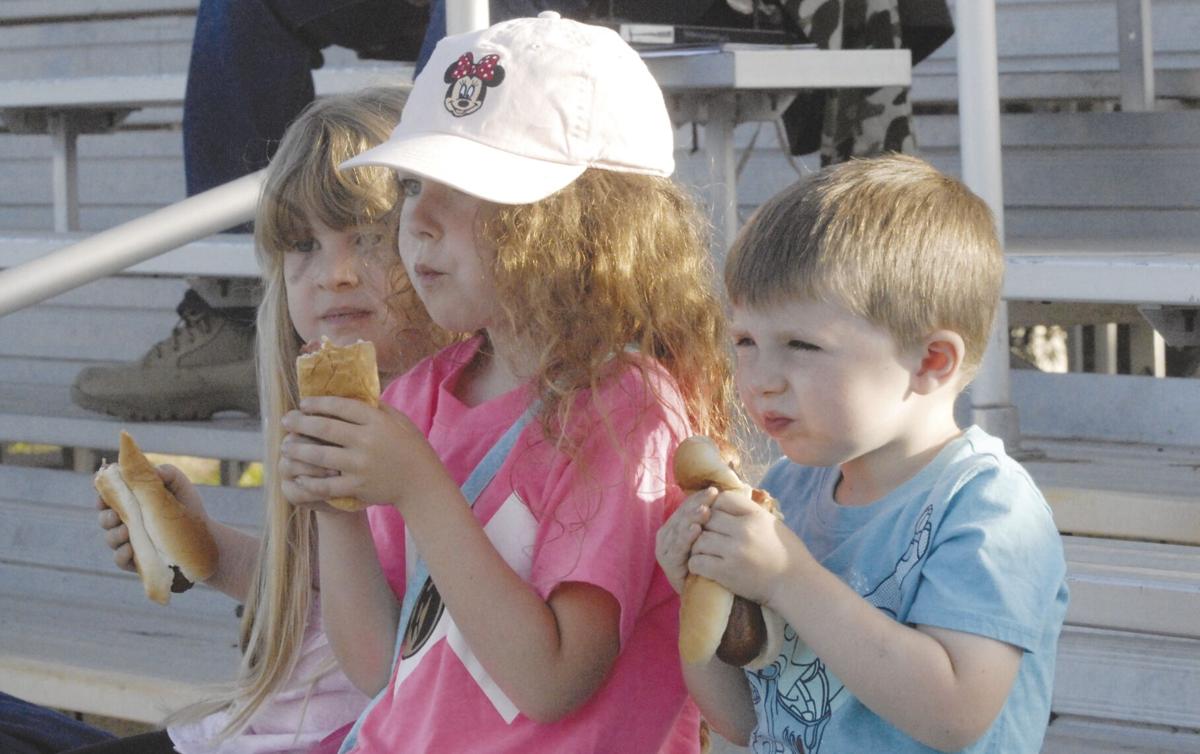 Concessions manager Emily Smoot checks in with her customers during Thursday’s home game.

A concession worker works the grill during a Gold Sox game.

It may be an ordinary intersection for about three-quarters of the year, but for three months in the summer, the corner of 14th and B Street is a community hotspot lit up for baseball fans and families seeking good wholesome fun.

The Yuba-Sutter Gold Sox returned for the second weekend on Thursday night to begin a four-game slate at Colusa Casino Stadium in Marysville. It’s part of a total 40 home games through August.

Gold Sox General Manager Tommy Lininger said baseball in Yuba-Sutter is nearly back to normal following a shortened season over a year ago where just 100 fans were permitted inside the stadium.

Lininger said the season began strong thanks to his hard-working staff of about 40 local employees that prepared the venue for summertime baseball.

“It’s a lot of work getting the stadium ready but this year we’re getting it ready for some fans,” Lininger said “We had almost 600 out here on opening night (June 3). It was great to have the atmosphere back in the ballpark.”

Lininger said he is hoping that the stadium atmosphere will even improve after June 15 – the scheduled target date for California’s reopening.

“Hopefully the restrictions will be completely gone and we’ll be able to open up to 100 percent capacity,” Lininger said.

Fans in attendance Thursday looked comfortable and safe watching baseball with their families. Nikki Williams, of Plumas Lake, traveled to Marysville with her three children and husband, Colin, to watch their first Gold Sox baseball game in person.

Williams, who was there in part to support her former employer, Sutter County Children and Families Commission, said they would love to come back and make Gold Sox baseball a family tradition.

The kids were munching on hotdogs, Colin was enjoying a nice adult beverage and the family was happy to be out in person at a live community event.

A big part of the Gold Sox message this summer has been community service. The team wants to make its fans happy each and every night there is a game, Concessions manager Emily Smoot said.

Smoot, who has been with the Gold Sox for nine summers, said this year with the support of upper management, she instituted a program where she will periodically interact on a personal level with fans in the stands.

“We want to make sure the fans are happy,” Smoot said.

Customer interaction, Smoot said, is key this summer after more than a year of little-to-know social gatherings due to the pandemic.

Smoot has plans to make small talk and greet almost everyone who enters the stadium.

It’s something that has never been done before at least in the last decade, Smoot said.

“(Management) gave me full reigns to do what I needed to do,” Smoot said.

Smoot wants to make attending a Gold Sox baseball game like dining out at a fancy restaurant.

She said if people aren’t happy they’re not going to invest in the product.

The Gold Sox return today (Friday) for a 7 p.m. scheduled start against Palo Alto. This weekend Yuba-Sutter begins a two-game set with Sacramento. All games begin at 7 p.m., except Sunday when it is pushed up an hour to 6 p.m.