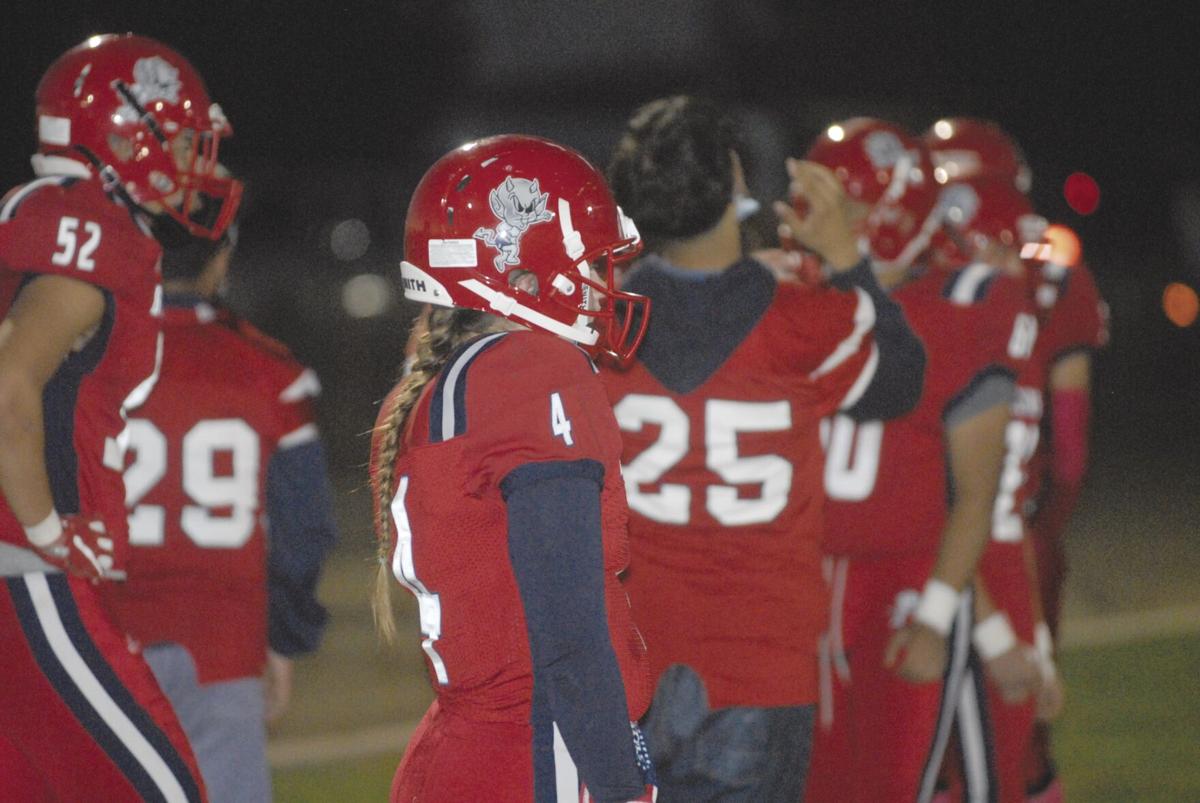 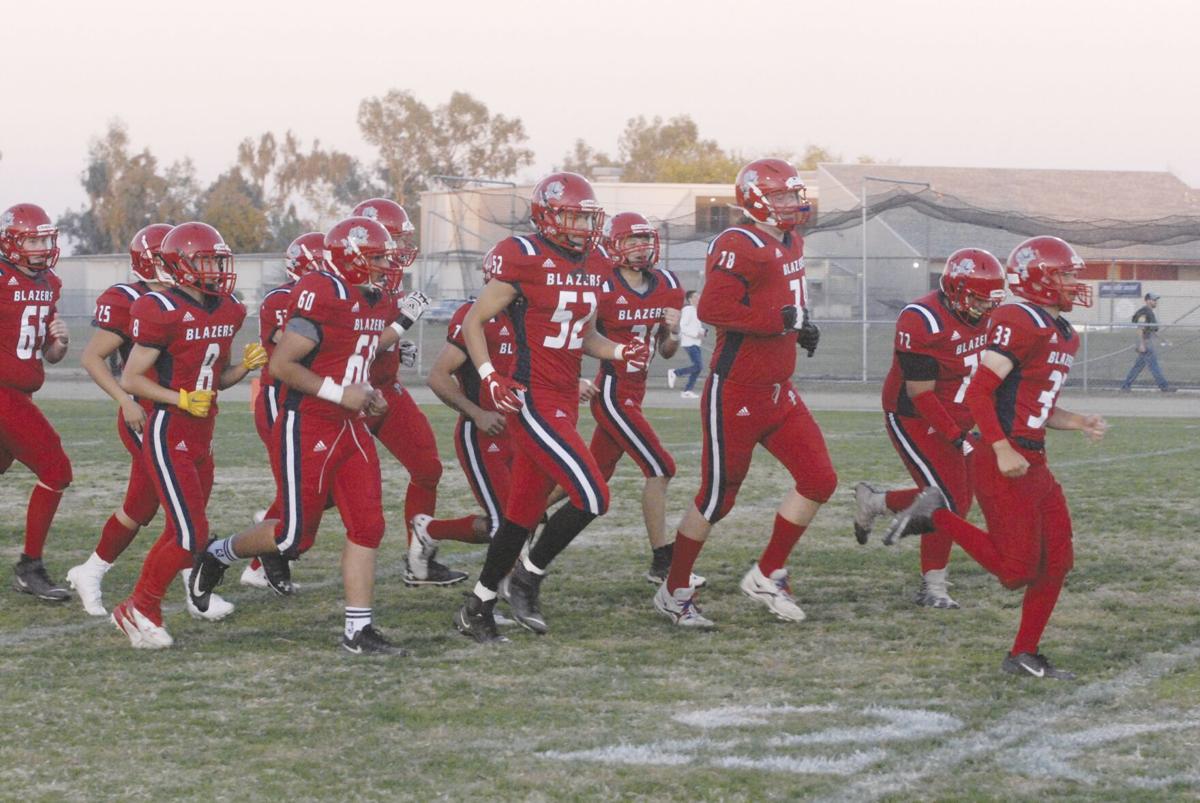 Lindhurst varsity football took the field for the first time since Oct. 8 to close out the season against West Valley. 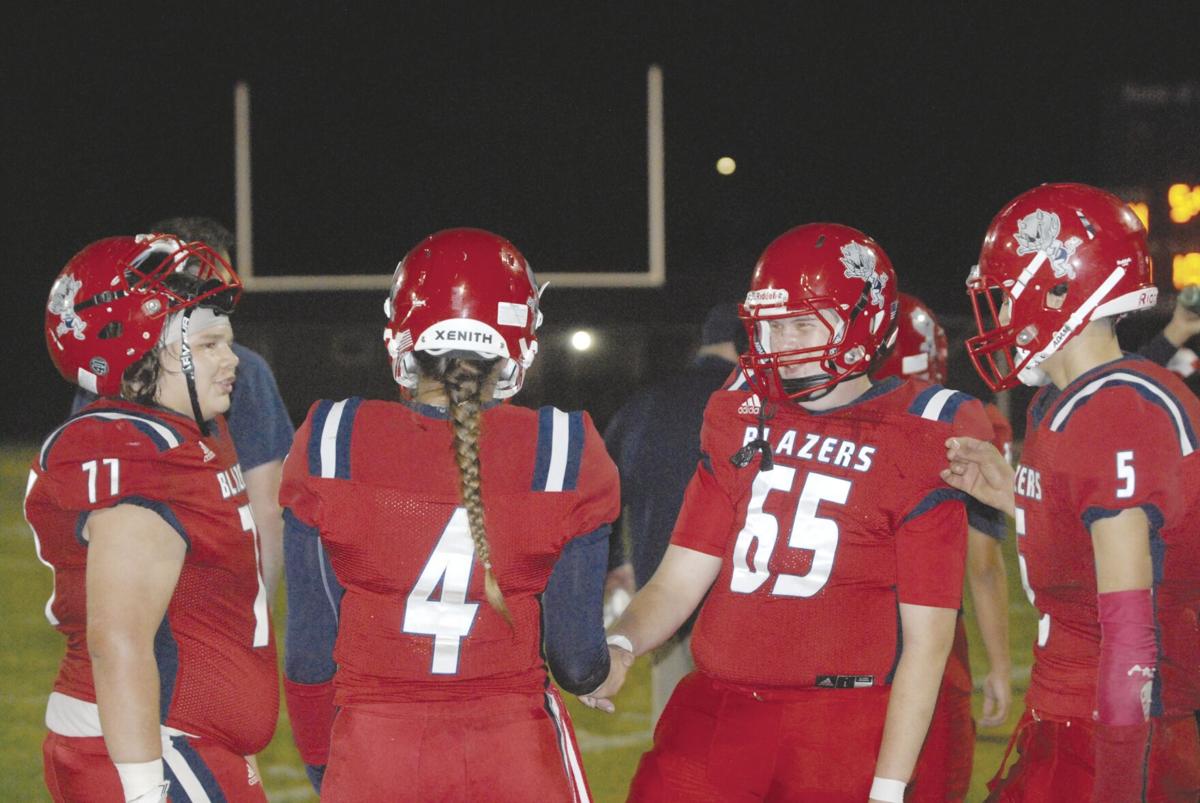 Lindhurst varsity football took the field for the first time since Oct. 8 to close out the season against West Valley.

The Lindhurst High football team was back on the gridiron for the first time since its Oct. 8 second-half forfeit to host West Valley on senior night Thursday at Dean Miller Stadium in Olivehurst.

Blazers head coach Hark Dulai admitted that it has been a rough year with injuries and a low turnout in the offseason that aided in the team forfeiting two entire games this fall.

Still, Lindhurst hung tough and returned to the field one final time.

The Blazers fell 47-14 to the Eagles, but had a few bright spots during the loss. One in particular was the team’s female starting quarterback, Erika Younger.

Dulai believes that she is the first in school history to take a snap at quarterback in a varsity game. There have been other female quarterbacks to play high school, including Samantha Grisafe, who 21 years ago became the first female to compete in a varsity football game sanctioned by the California Interscholastic Federation.

Grisafe worked her way up from freshman football to eventually becoming a member of the Redlands High Hall of Fame.

Dulai said Younger made her first varsity start about midway through the season at a time when Lindhurst (0-8) was winless and had yet to score a point.

With Younger leading the way on senior night, the Blazers’ offense finally got on the scoreboard with a pair of second-half touchdown strikes during a running clock that trimmed a commanding 41-0 deficit to 41-14.

Both passes went to a sophomore junior varsity call-up, Maurico Ayala, who made his varsity debut on Thursday.

“I am the JV quarterback,” Ayala said.

On varsity, Ayala stepped in to be Younger’s No. 1 target and scored the only two touchdowns for Lindhurst this year.

Dulai said he is proud of the way his team withstood a ton of adversity to close out the season.

As for his senior signal-caller, Dulai said she is back there because of her skillset not her gender.

“I told her you’re not a female quarterback you’re just a football player,” he said. “She throws a good ball.”

West Valley’s defensive coordinator said the team knew of Lindhurst’s situation and that it had game planned around a Younger-led offense.

To his knowledge the team had never before faced a female quarterback.