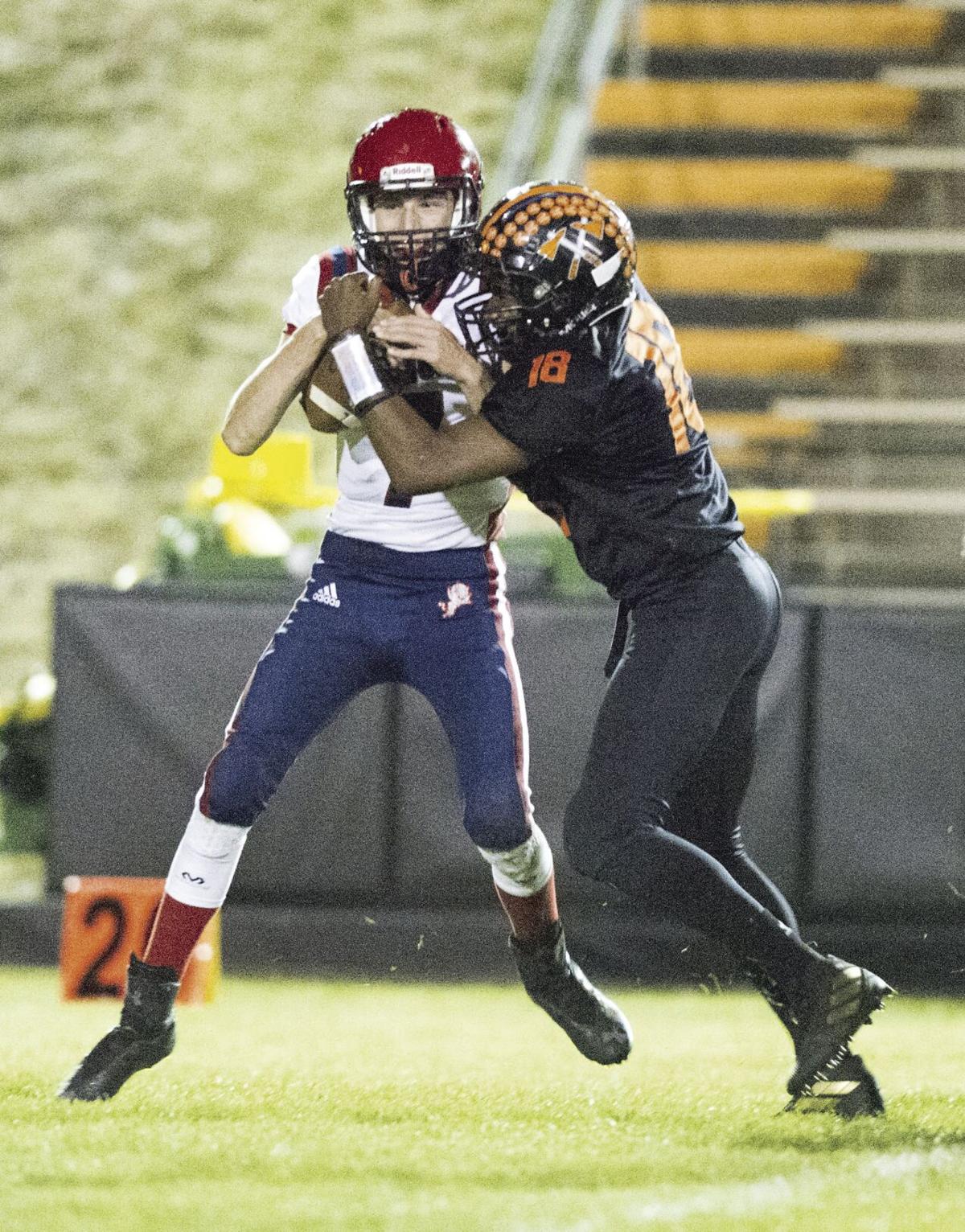 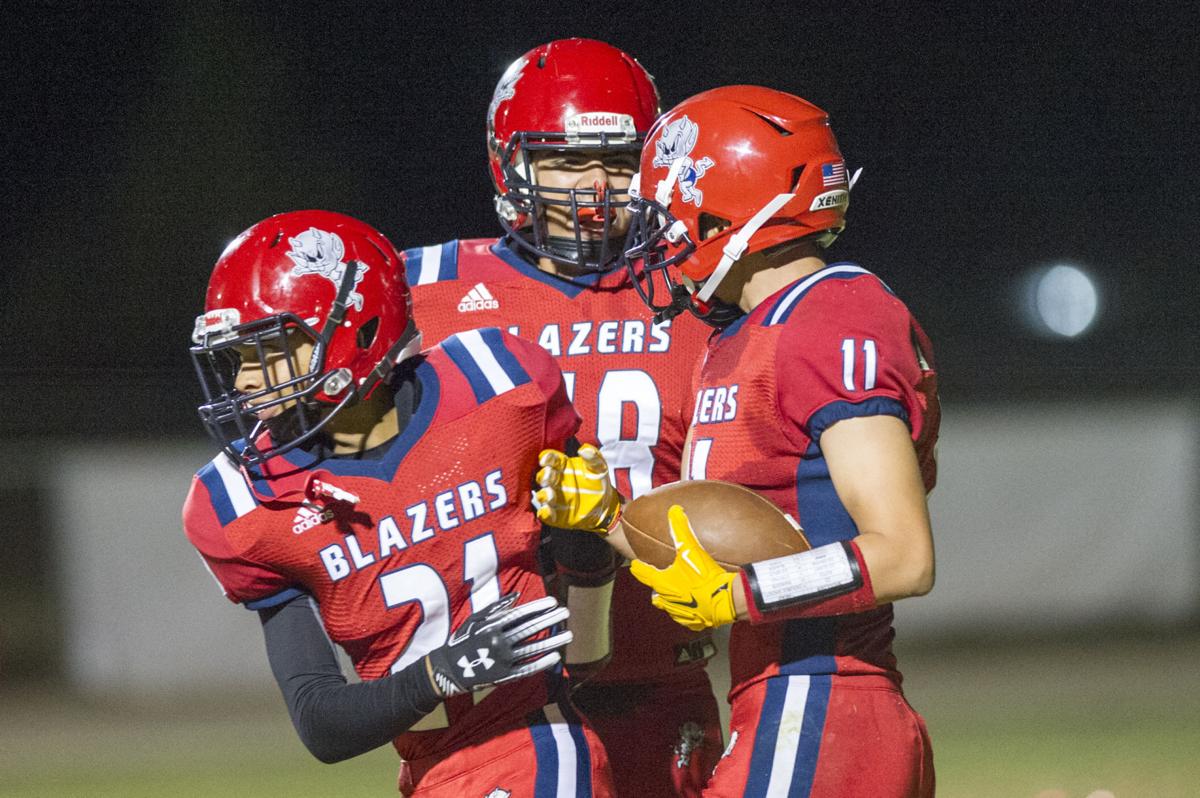 Lindhurst High’s Sam Alfred runs for some yards against Natomas during a game in 2019 at Dean Miller Stadium in Olivehurst.

Lindhurst High’s Sam Alfred runs for some yards against Natomas during a game in 2019 at Dean Miller Stadium in Olivehurst.

Lindhurst High Athletic Director Bob Jensen called turnout across many sports at the school lower than normal during the reopening phase of competition.

“The circumstances we are faced with now have just seemed to push us to the edge,” Jensen said.

With spring football competition gearing up around the area, Lindhurst has made the difficult decision to opt out of a COVID modified season because of a lack of eligible athletes ready to play at the varsity level.

Jensen said he and his administration were primarily concerned with safety on the field.

“It came down primarily to safety,” he said. “They’re young and not ready in any way to be playing varsity. We would be throwing young kids in a situation that wasn’t safe.”

Lindhurst head football coach Hark Dulai said he had just four eligible seniors (down from 19) on his spring roster.

The rest were essentially junior varsity and freshmen athletes added to the roster to fill it out. It wouldn’t be a good situation even during a condensed five- or six-game season, Dulai said.

“This is beyond COVID we don’t have the senior and junior athletes to play,” Dulai said.

Right now Dulai is planning for the future and the hope that the pandemic will wane enough to allow for a more traditional fall football season in 2021.

He will have players continue to condition both in spring football camp and beyond to gear up for the fall.

Dulai added that opting out this spring was not an easy decision to make.

“I love football, I didn’t want to cancel it,” he said. “Our message (to the team) was we don’t have enough players eligible. It doesn’t mean we’re not going to keep working … When everyone else is game planning we can work for fall.”

Both Dulai and Jensen are advising their athletes to pursue traditional spring sports and other outdoor competition in the meantime.

Jensen said the school is nearing the completion of having its first event scheduled starting Thursday, March 11. It will be a cross country race against Wheatland.

The following week, Jensen said Lindhurst has tentatively scheduled a baseball scrimmage in Yuba City against River Valley on March 15.

There are hurdles that need to be overcome before the Blazers can officially begin competition.

Jensen said baseball only has six players cleared to play right now, while a lot of the other sports are having issues with players making it to practice.

“A lot of kids have no transportation,” Jensen said.

Since Lindhurst remains on distance learning, Jensen said there is no daily bus transportation so athletes who commute from Plumas Lake, Edgewater or other places – and do not drive – have no way to attend a practice.

Another issue is testing protocols.

Jensen said Lindhurst technically falls under the 14-case rate per 100,000 population so under the current state guidelines can begin multiple sports.

However, Jensen has raised concerns over what a positive case on one of his teams down the road could do for the longevity of a season.

Under the guidelines, Jensen said once a sport begins it does not have to pause in the event of a surge.

Jensen said the state is allowing each school district the authority to pause or end a season at any point if the health and safety of the athlete or coaching staff comes into question.

He wants the public to understand that any sport that Lindhurst elects to open during the pandemic is going to come with strict strings attached.

That includes allowing fans into the contest to watch, he said.

With outdoor sports like baseball, softball, cross country, etc, Jensen said there is no way to charge and monitor who attends the competition.

But there will be an “expectation that anyone attending wear a mask and stay socially distant,” he said.

Jensen said Lindhurst reserves the right to potentially ask anyone to leave who does not follow the school’s COVID-19 protocol.