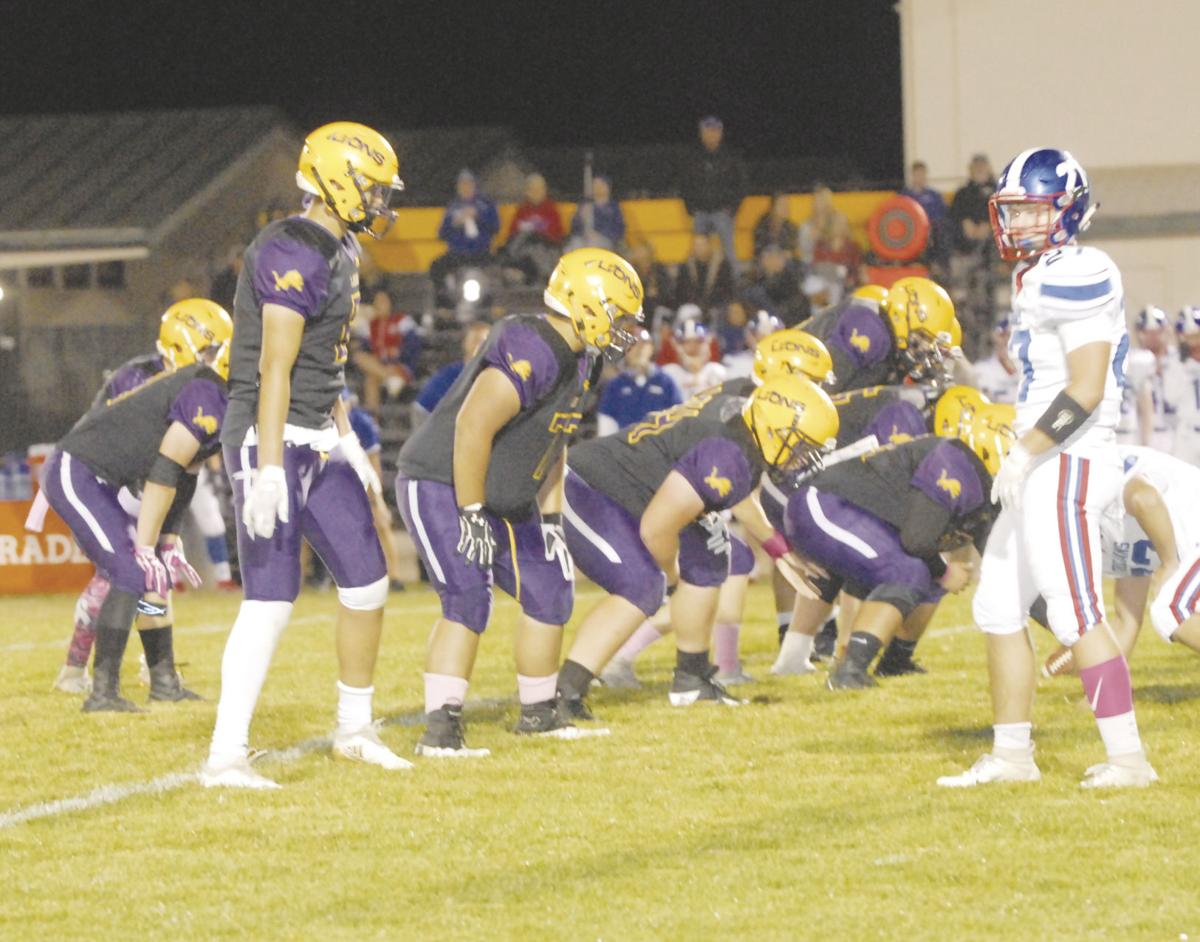 Live Oak’s offensive line helped pave the way to a 28-12 win over Durham on senior night Friday at Arostegui Stadium in Live Oak. 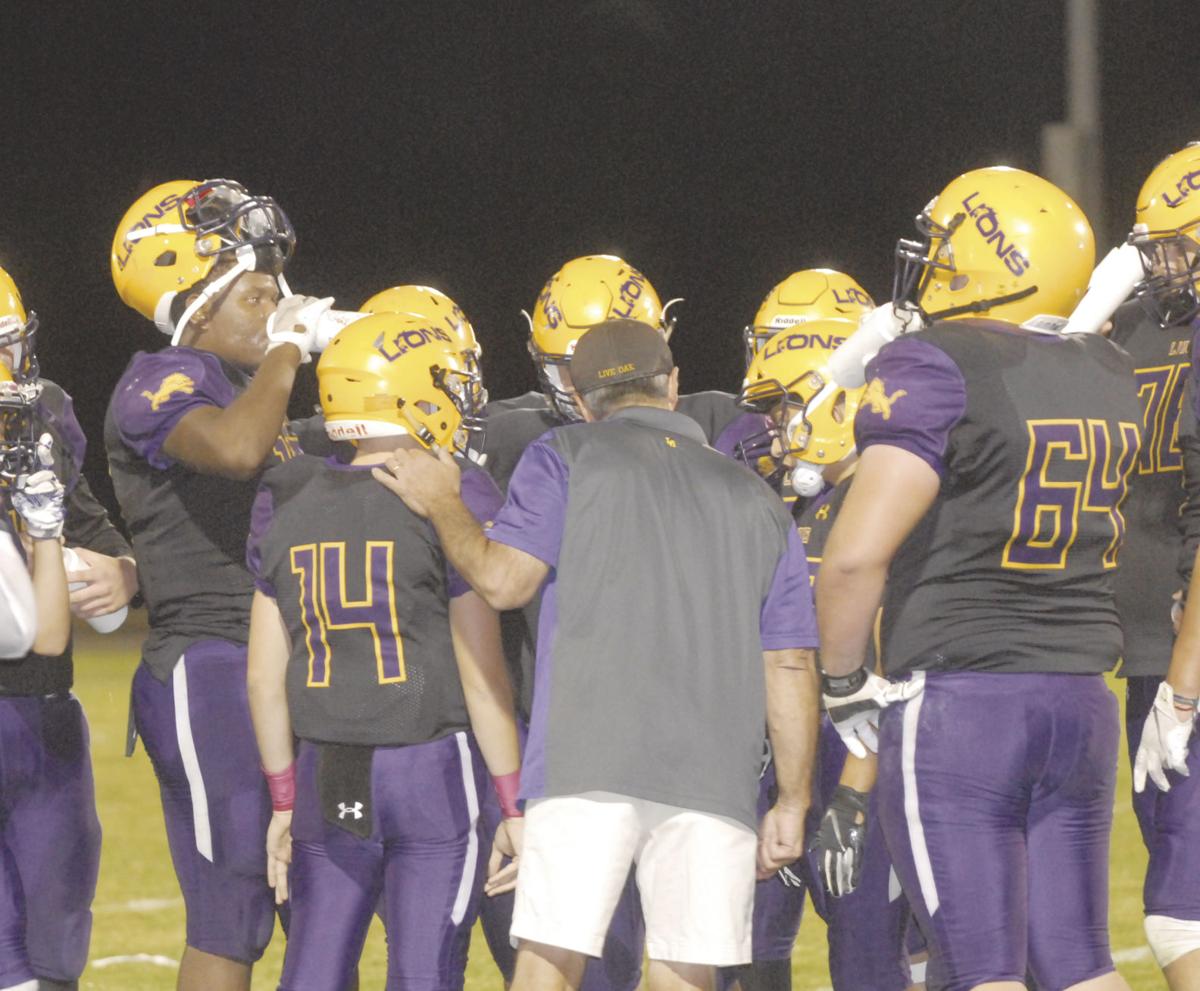 Head coach Jim Arostegui talks to his players in the first half Friday against Durham. Arostegui and Live Oak defeated Durham for the first time since Nov. 2, 2012.

Live Oak’s offensive line helped pave the way to a 28-12 win over Durham on senior night Friday at Arostegui Stadium in Live Oak.

Head coach Jim Arostegui talks to his players in the first half Friday against Durham. Arostegui and Live Oak defeated Durham for the first time since Nov. 2, 2012.

Friday night was a defining moment in Live Oak for prep football, in part because of what the hosts accomplished for the first time in over a half-decade.

The Live Oak High football team hadn’t beaten Durham since 2012, meaning each player on this year’s team had yet to taste victory against the small school powerhouse from just outside Chico.

The skid finally ended as Live Oak powered past Durham with a beatdown second-half performance to drop the three-time defending Northern Section runner-up, 28-12 at Arostegui Stadium.

Live Oak trailed early after Durham junior Jacob Christensen rumbled in for a 41-yard touchdown run as time expired in the opening quarter, putting the Trojans in front, 6-0. Live Oak immediately responded with the first of Odin Moody’s four touchdowns on a 21-yard run to get the hosts on the board inside of 9 minutes left in the first half.

It turned out Moody and the Live Oak offensive line would just warming up.

“They shut us down inside so we had to go outside,” Live Oak coach Jim Arostegui said. “Then we tried to throw a little more and it wasn’t that effective but it was enough to make them back up.”

Moody crossed the pylon three more times in the second half to blow it open. The first of the three was perhaps the game-changer as Gabe Zamora would give Live Oak primetime field position at the Durham 5-yard line after ripping the ball away from Durham on the second-half kickoff.

A short time later, Moody glided in from 2 yards out on a sweep left to extend the lead to 14-6.

Live Oak’s defense came up with the next defining play, stopping Christensen on a run up the middle on fourth-and-one. That led to a another Moody score, set up in part by a fourth down conversion in which quarterback Tony Vallejo hit Eddie Torres on a 23-yard pass play.

Moody finished it from 5 yards out to give Live Oak the 21-6 lead with 20 seconds left in the third.

The whole second half seemed to snowball in the wrong direction for Durham, starting with the second half kickoff.

“We got hurt with some penalties and the fumbles (tonight),” Durham coach Brev Creech sid.

Down 28-12 after Moody’s fourth touchdown, Durham began lighting it up through the air, capped by a 10-yard scoring strike from quarterback Wiley Stumbaugh to Braeden Southam, cutting it to 28-12 with 12 seconds left.

“We’ve been fighting injuries all year,” Creech said. “That’s no excuse, we’re just happy to be playing hard and want to get a few more wins before we’re done.”

Live Oak, meanwhile, heads into its bye week 4-0 in league and atop the SVL.

“I’m really proud of our guys for what we do, everybody shows up and we try really hard,” Salazar said. I’m glad we’re 4-0 in league and the team to beat.”