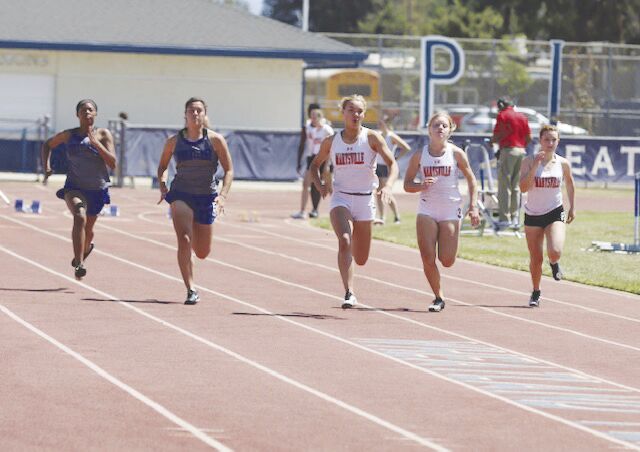 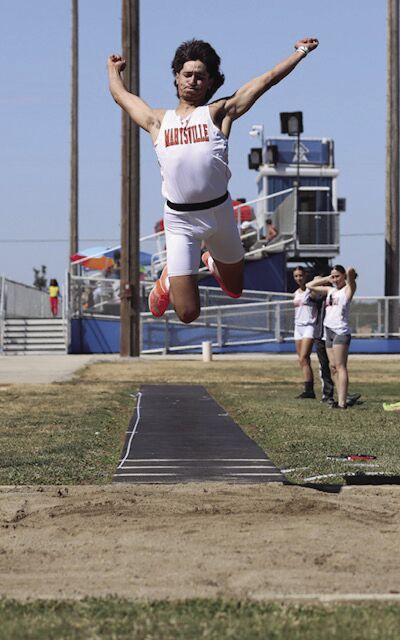 Enrique Lara competes in the boys long jump for Marysville during the season finale last week at Wheatland.

Enrique Lara competes in the boys long jump for Marysville during the season finale last week at Wheatland.

Editor’s Note: Cutoff time for score submissions is 9 p.m. each night. To report scores, please send information to jlarson@appealdemocrat.com or call 749-6560. Submissions on Friday may be held until next week.

Birdie Galaviz, one of only two seniors, collected two hits, including a home run and won the game in the circle for Marysville as the Indians closed out the modified season at 17-5.

Galaviz finished with three runs batted in and racked up five strikeouts as the game’s winning pitcher.

Marysville assistant coach Chris Larsen said it was a challenging year but one that each and every player looked forward to.

“We were glad to be on the field and playing,” he said. “We were glad the girls took advantage of the opportunity that was given.”

In game two, Colusa scored nine in the first then a couple each in the third and fourth inning to close out the day.

Emanuel Frias allowed one hit in three innings before giving way to Tyler Oliver and Ethan Lay who threw an inning apiece of scoreless relief. At the plate, Frias went 3-4, while Lay homered and collected four RBI.

Colusa (24-1) begins its final series June 1 with the first of a two-game set at Live Oak.

Sutter’s 9-game win streak was snapped Tuesday with a loss to Wheatland.

Sutter’s Kyle Giovannoni went 3-5 with a triple. Justin Matsui was 3-3.

Faith lost its finale Tuesday despite 41 points from Audrey Harris.

Faith Christian grabbed its first win of the modified season at home against Wheatland.

Alexis Durham dropped in 31 for Wheatland, which ends its season Thursday at home against Winters.

Marysville traveled to Wheatland for its final meet of the modified season last week.

The following is recap of the winners of the varsity meet: