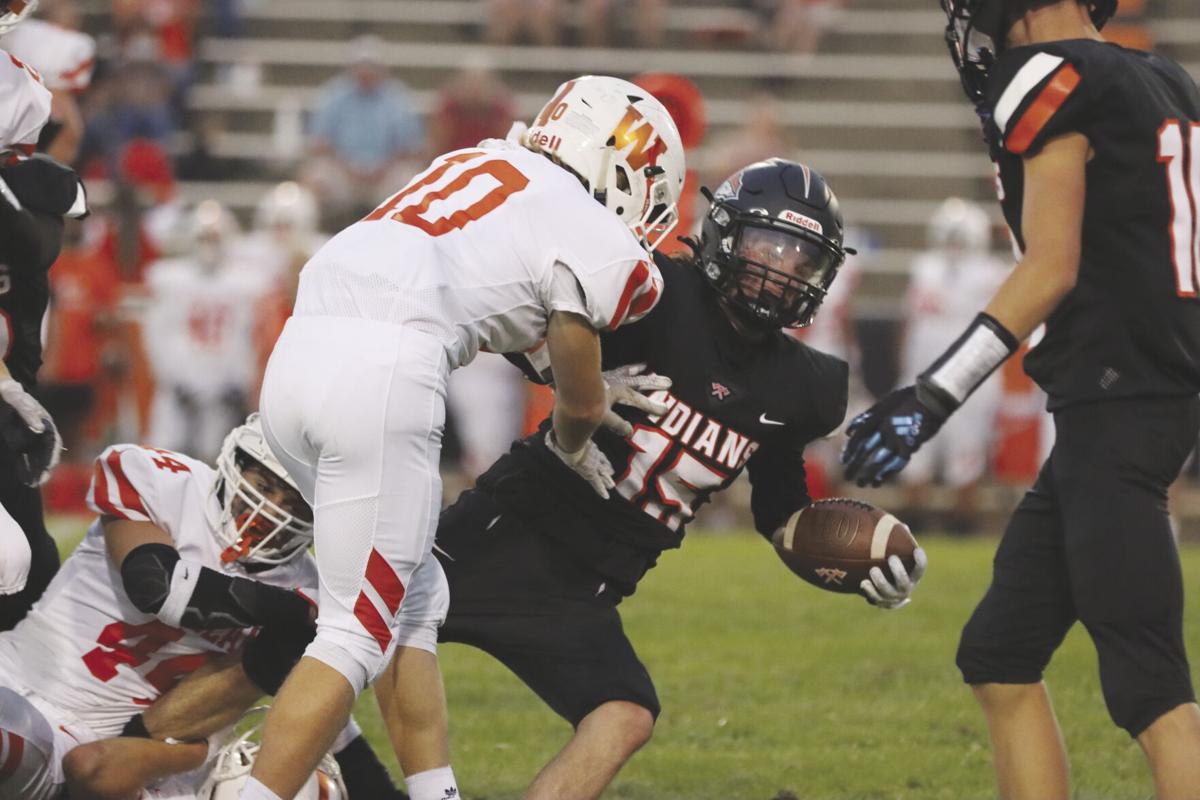 Junior Nate Delozier (15) is tackled by a Woodland defender Friday during Marysville’s first football game in a year-and-a-half. 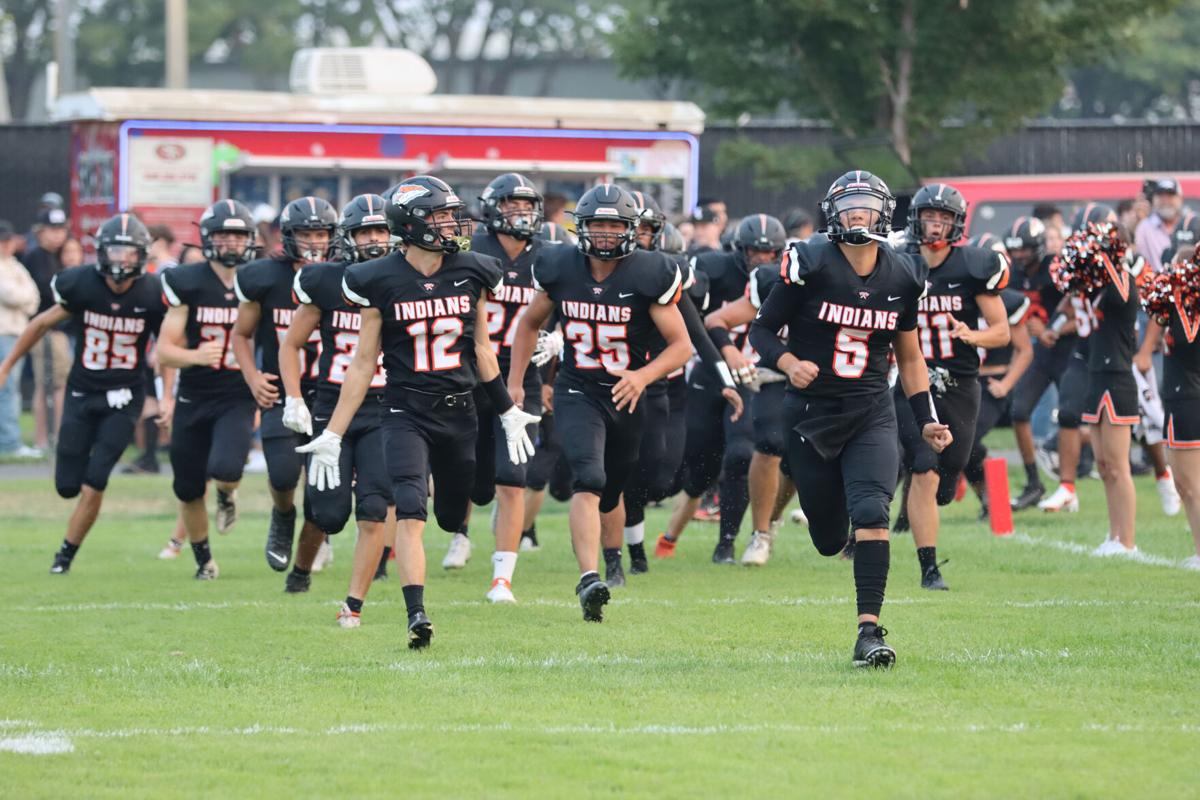 Marysville was back on the field Friday to take on Woodland.

Junior Nate Delozier (15) is tackled by a Woodland defender Friday during Marysville’s first football game in a year-and-a-half.

Marysville was back on the field Friday to take on Woodland.

The Marysville High football team returned to the field at War Memorial Stadium for the first time in a year-and-a-half to begin a full, 10-week season.

Friday’s opponent: Woodland, which completed a season – albeit a modified one due to COVID-19 – approximately four months ago.

The Wolves appeared in midseason form not long after the opening kickoff at Marysville, scoring three first-half rushing touchdowns to jump on the hosts 18-0, en route to a 18-6 victory over the Indians.

Santana Munoz, Woodland’s top returning passer, rushed for a pair of short-yardage scores off option schemes, while Jonathan Thompson punched in the third touchdown in the opening half, again from short-yardage, giving the visitors the commanding lead.

Marysville (0-1) had opportunities in the first half but could finish. Late in the second quarter, Marysville opened a drive with its best field position of the night. After a near circus-like catch in the short corner of the end zone from Kris Bridges, Marysville quarterback Thomas Hinojosa was sacked by lineman Isaiah Chavez  on the next down, putting the Indians again by the chains.

Down by three scores with just over 3 minutes left in the second quarter, Marysville got the ball back and was looking for a spark. Instead, the team botched a snap on second down and threw an interception on third to give it back to Woodland.

Hinojosa was sacked again in the final minute of the second quarter by Woodland defensive end Javier Garcia.

Hinojosa and Bridges would connect on Marysville’s first possession of the third quarter on a 15-yard fade to get the Indians on the board.

On the ensuing possession after its score, Marysville recovered a  fumble and drove the length of the field but was stopped short of the end zone, first-year head coach Jordan Holmes said.

“We did some good things, had a couple big plays just weren’t consistent with every down stuff,” Holmes said.

Marysville is back home on Friday to take on Wheatland in a Yuba County border war.

RV at a glance: