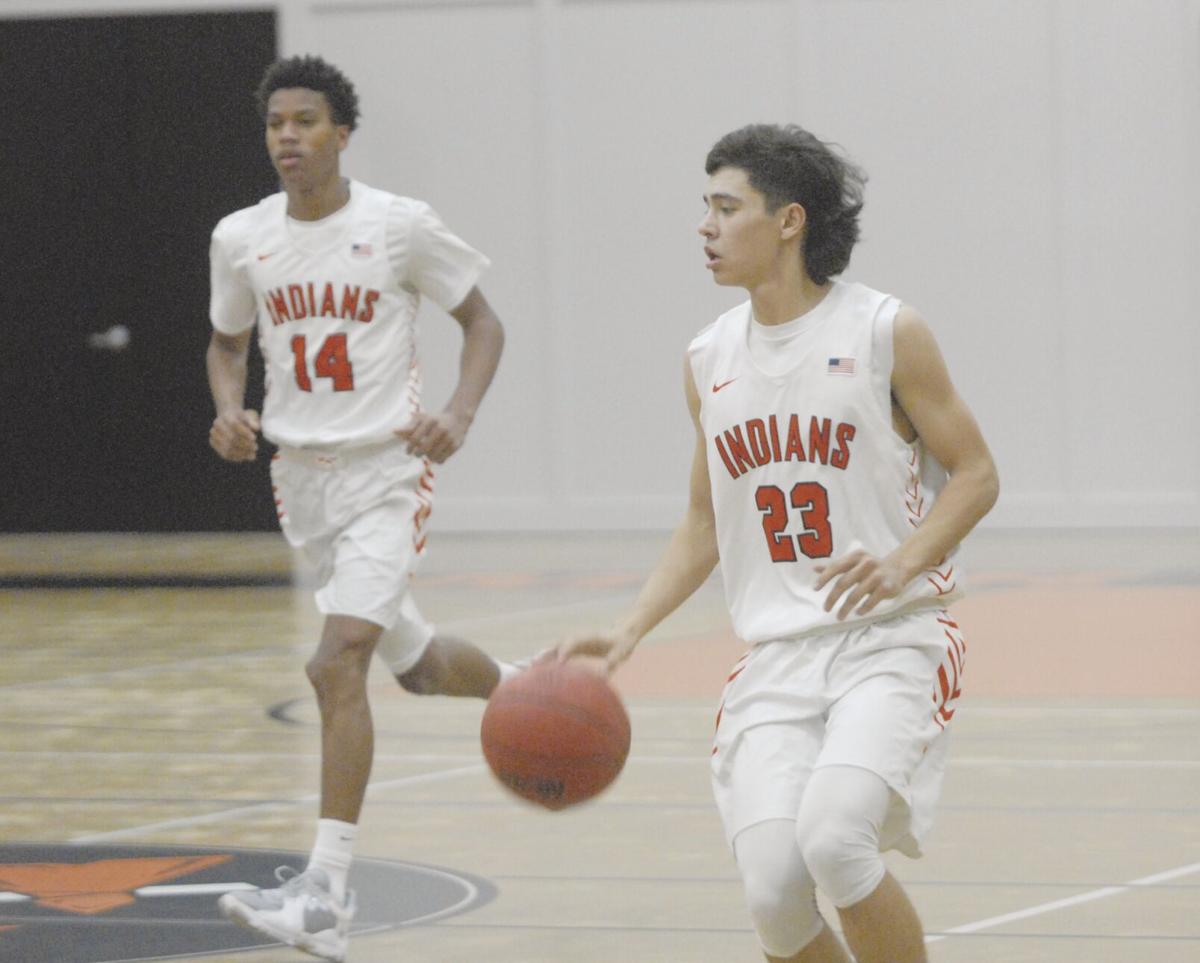 Jaxon Finley (23), Marysville, scores a team-high 19 to lead the Indians to a 87-59 win Tuesday at home over West Campus. 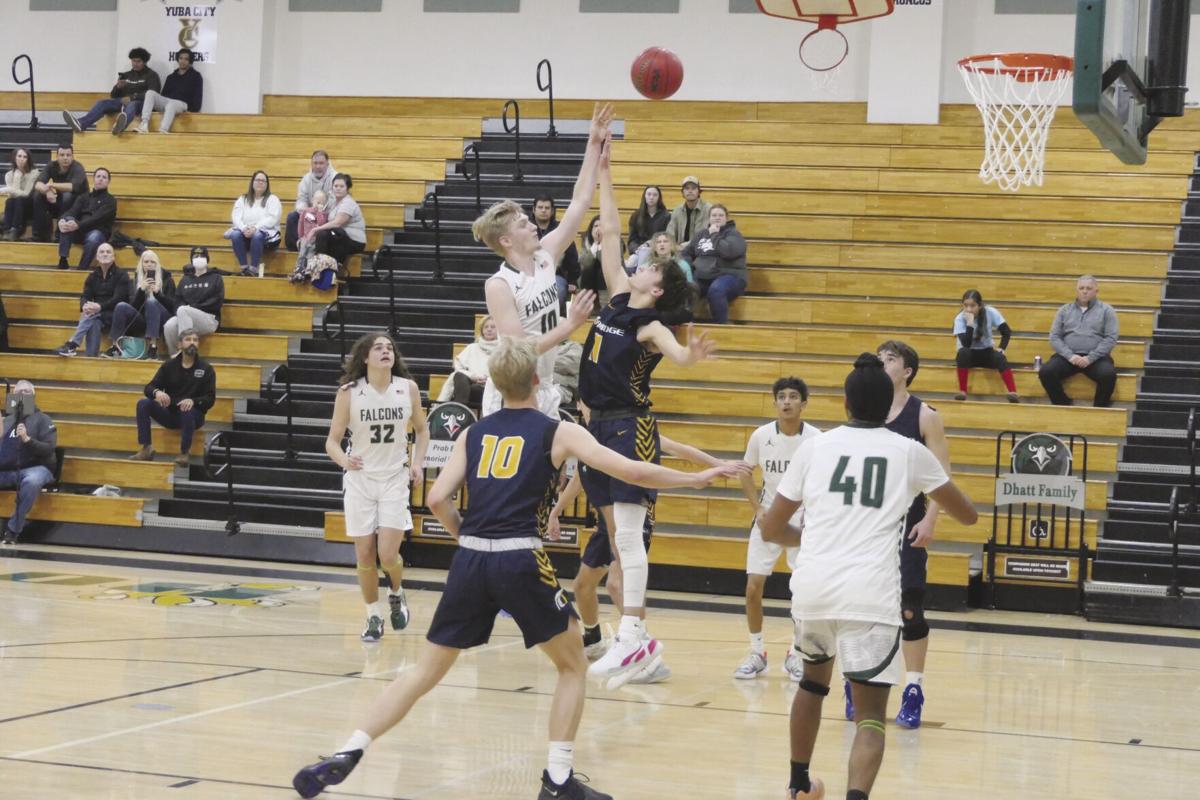 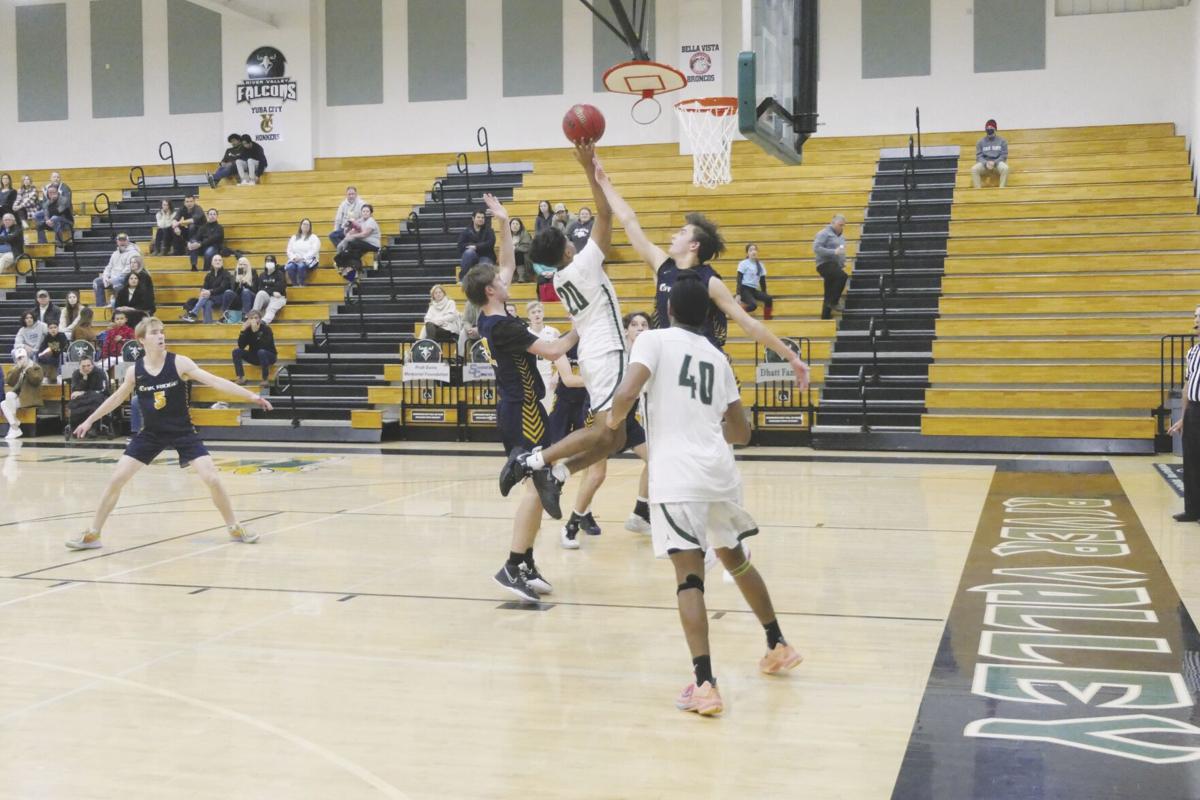 Jaxon Finley (23), Marysville, scores a team-high 19 to lead the Indians to a 87-59 win Tuesday at home over West Campus.

In its last game of 2021, the Marysville High boys basketball team nearly hit the century mark, thanks to a run-and-gun, up-tempo style, where the team canned 15 3-pointers to rout West Campus (Sacramento) at home Tuesday,  87-59.

It was the first win for Marysville over West Campus in six tries, snapping a drought that dated back to 2016.

Marysville (13-3) jumped all over West Campus (4-6) with a 28-point opening quarter. Head coach Stan Easter’s squad kept up the pressure in the second quarter to go in front, 45-24, at the break. Marysville’s top offensive threats were Jaxon Finley, who dropped home a team-high 19 points, followed by 18 apiece by Joshua Brown and Ambelique Clarke. Together Brown and Clark converted nine 3s.

West Campus tried to close the deficit in the third, led by its high-point man, Leo Wagner. The 6-foot-5 senior, who recently hit the 1,000-point mark over his two-and-a-half year varsity career, poured in 28 at Marysville.

But it still wasn’t nearly enough as Marysville kept pushing in the second half to close the door on West Campus and end the calendar on a winning note.

The Falcons fell to 6-6 and will wrap up the year at the Roseville tournament beginning Dec. 27 against River City at 4 p.m.

The tournament runs through Dec. 29.

The Honkers got their first win over Pioneer Tuesday, taking down the opponent at home.

Sophomore Dhiraj Atwal and junior Ke’on Walker each swished 15 points to lead YC (2-12) to the win. Ryan Grace added 10 for the Honkers, who got a forfeit over Valley over the weekend.

YC hosted Woodland late Wednesday but the outcome was not available by the publication deadline.