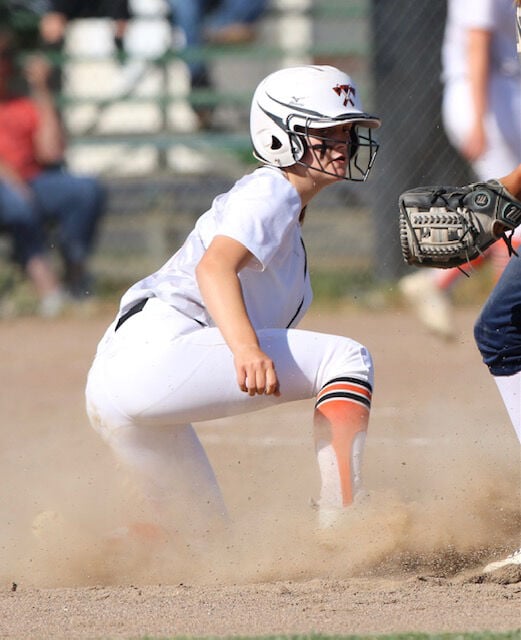 Freshman Mikayla Haggard is safe at second during Marysville’s 12-1 win over Gridley Wednesday. 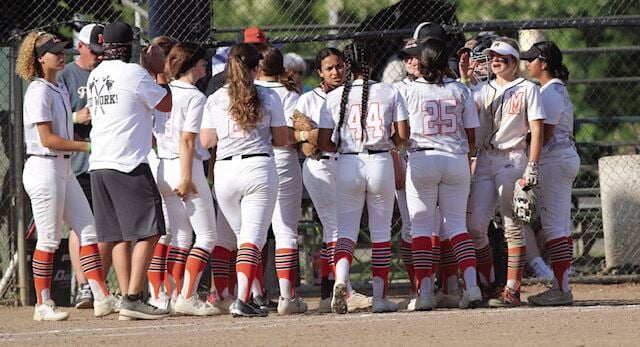 The Indians improved to 6-1 heading into a road game at River Valley today (Thursday).

Freshman Mikayla Haggard is safe at second during Marysville’s 12-1 win over Gridley Wednesday.

The Indians improved to 6-1 heading into a road game at River Valley today (Thursday).

For the first time in at least 13 years, the Marysville High softball program has condensed itself into one team.

There’s no junior varsity squad this year, according to assistant coach Chris Larsen. A positive repercussion from COVID-19, Larsen said, because it has enabled some younger players to get varsity experience.

Marysville was able to get a lot of its roster some needed at-bats and time in the field on Wednesday, due to an offensive explosion against Gridley that led to a 12-1 win in five innings over the Bulldogs at Abby Field in Marysville.

The Indians improved to 6-1 overall and will travel across town to Yuba City today (Thursday) for a Sac-Joaquin Section battle with River Valley beginning at 4 p.m.

“They’ve got a good pitcher,” Larsen said. “It should be a great game.”

Marysville was able to pitch three in the circle against Gridley (5-2), after a first-inning rally that resulted in 10 quick runs. The hosts batted all the around and collected nine hits with the help of a couple errors from the Bulldogs.

Sophia Tyler, Birdie Galaviz, Liberty Quillin, Josie Landis and Jenissa Conway each plated runs with singles off Gridley sophomore starter Emry Egan, giving Marysville the early 5-0 lead. The big blow came with Tyler’s second go-around at the plate. The junior two-hitter smacked a high-arching ball to the right-field fence to clear the bases and get to third for a triple. Tyler would score on the play after a throwing error aided her home, stretching the lead to 9-0 Marysville. The Indians capped the rally at 10 and led Gridley 10-0 after one.

Gridley coach Jessika Galloway acknowledged that defensive miscues were an issue early on, but she liked how her sophomore hurler handled herself despite the early deficit.

“Her composure has been getting better and she’s still growing,” Gridley coach Jessika Galloway said. “As long as she is throwing ground balls she is doing her job.”

Egan and Gridley allowed 12 runs through the first two innings, but Galloway said she kept her in to allow her to learn from the situation.

“They are going to learn how to face adversity soon,” she said.

Gridley finally got on the board in its half of the fifth when Ally Mardesich lined a ball to right to score Ella Sannar and trim it to 12-1. Mardesich also got the team’s first hit in the fourth off relief pitcher Andi Duff.

The Bulldogs return home to take on Orland in league Friday at 4 p.m.

Marysville was led at the plate by Conway’s 3-for-3 day with 3 RBI and Tyler’s two hits and four runs batted in.