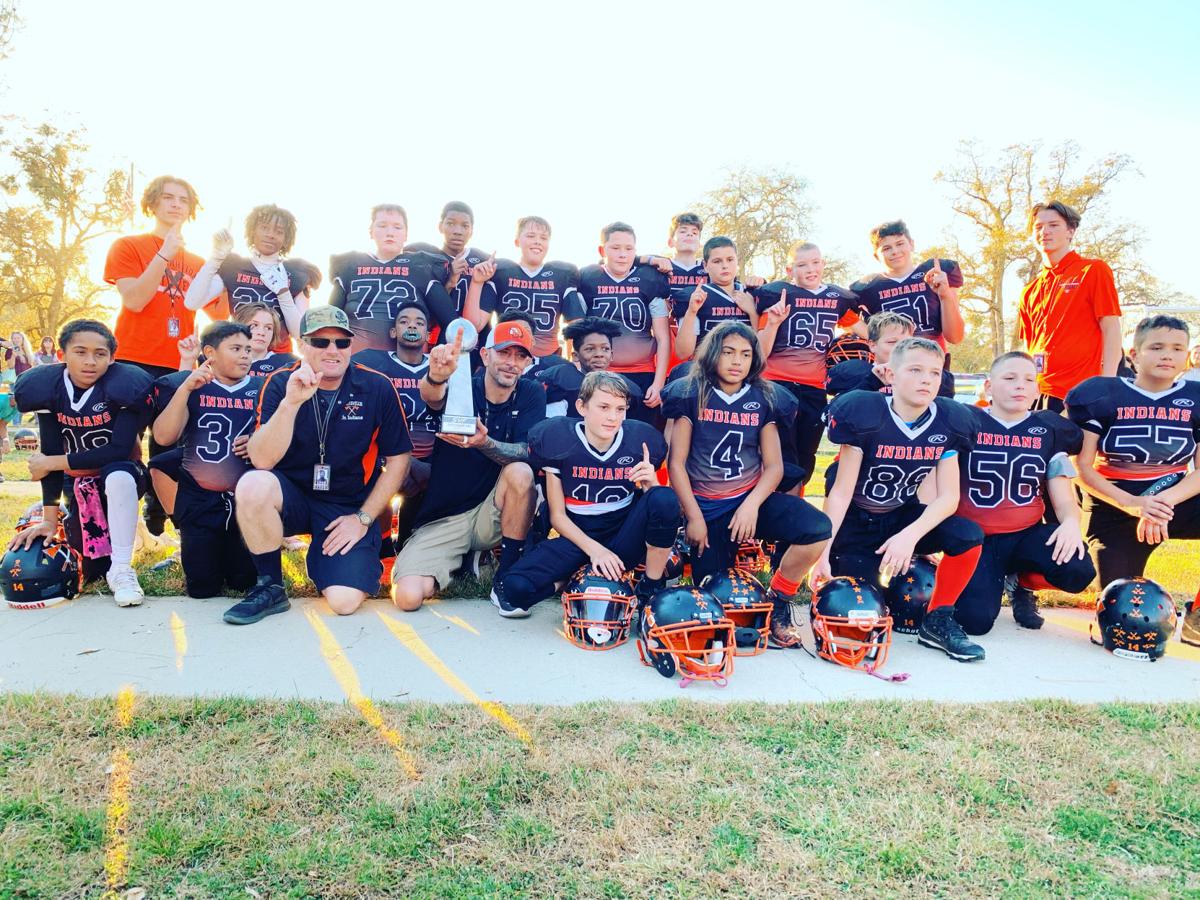 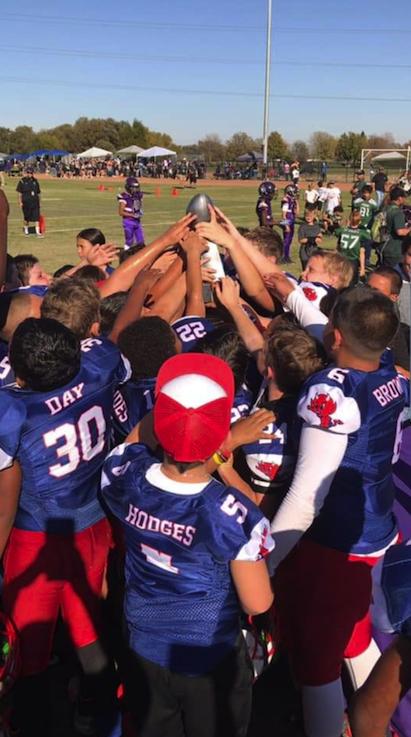 The Lindhurst Junior Blazers 10U football team reaches for the trophy after defeating Liberty Ranch in the championship game last weekend. 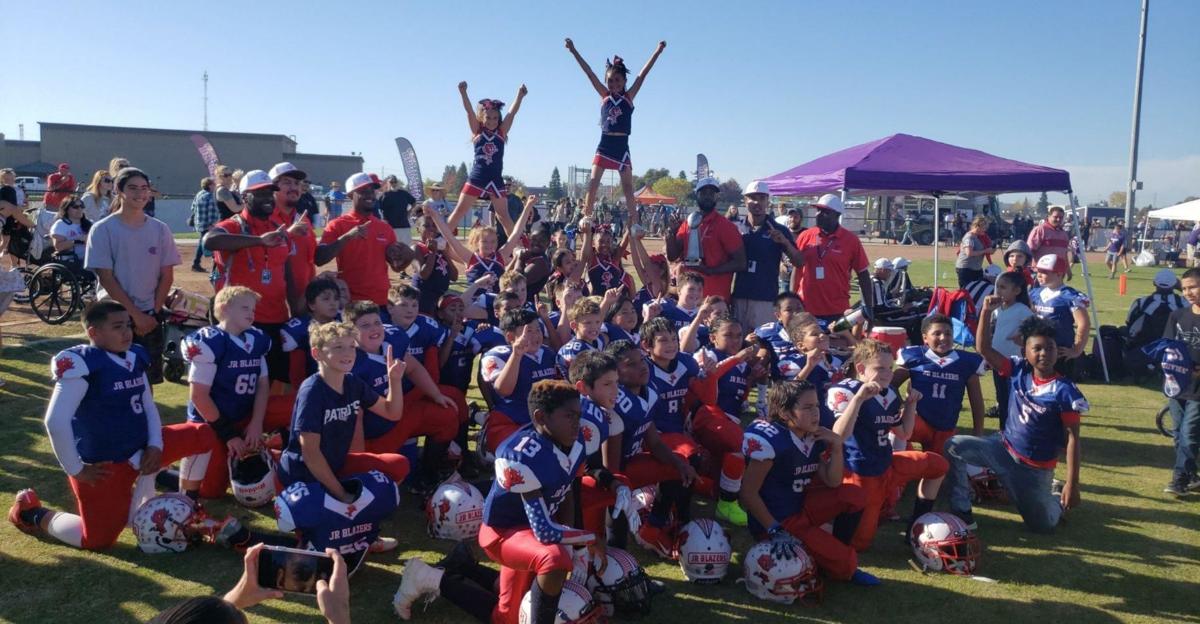 The Lindhurst Junior Blazers 10U football team reaches for the trophy after defeating Liberty Ranch in the championship game last weekend.

Last weekend there was reason to celebrate for two junior football teams in the area as the Marysville Junior Indians 12U and the Lindhurst Junior Blazers 10U both finished on top – winning the Sacramento Youth Football title for their respective divisions.

“These kids worked so hard all season long. They truly understand what it means to compete and that’s awesome to see,” head coach Neimiah DeLozier said.

Once the clock struck zero, DeLozier received an all too familiar water cooler bath on the side line.

“I could get used to that tradition, it’s always a good feeling,” he said.

The back-to-back titles will help Marysville football get back to a winning tradition that it’s missed at the top level.

“We’re really putting together something special here,” DeLozier said. “We’re trying to put Marysville football back on the map in terms of success,” he added.

After an undefeated season last year for the Junior Blazers, all Lindhurst squads were forced to move up a division. Not much changed though, as the 10U team from Olivehurst went undefeated again en route to back-to-back titles after defeating Liberty Ranch in the championship game on Saturday, 35-6.

“This means so much to our community, sometimes we get a bad reputation because we live in a tough area so this means a lot to change that,” Lindhurst head coach Andre Wilson said.

Leading the Blazers this season was phenom quarterback Jayden Brown. The youngster tallied an impressive 19 scores through the air and eight touchdowns on the ground.

“I know it’s a lot of pressure to put on a young kid but he’s the real deal. You’ll be hearing his name for awhile,” Wilson said.

What the coaches and players have noticed the most after their recent success is how the community has backed them up.

“Whether I’m out at the barber shop or at a local store it’s pretty cool to hear from other community members and how they’ve taken notice to the change we’re making to Lindhurst football, the future is bright,” Wilson said.

As for the road ahead next season, Wilson and his staff expect to be right back where they were last weekend.

The kids expect to win and that’s pretty cool to see as a coach,” Wilson said.