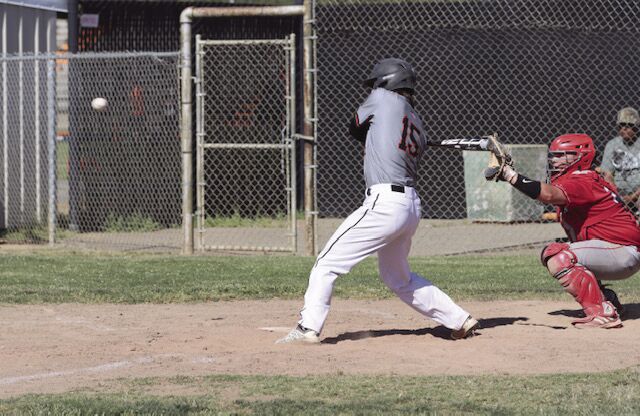 Evan Criddle hits a two-out triple to center to push Marysville’s lead to 10-3 in the fifth. 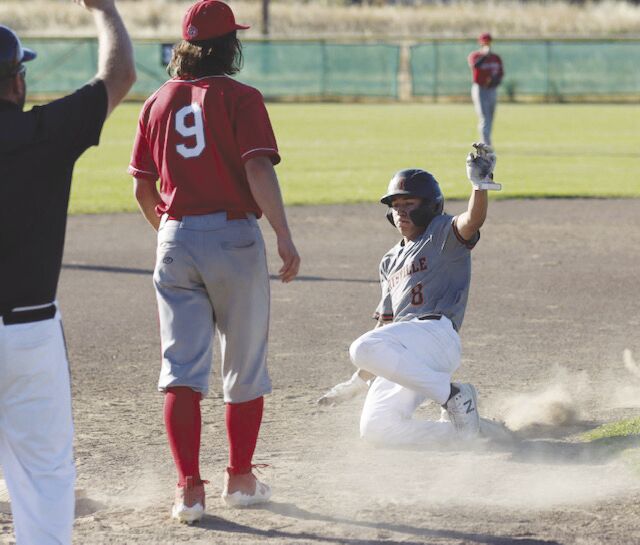 Marysville’s Jesse Reyes is safe during the team’s 11-7 win over Truckee Tuesday.

Evan Criddle hits a two-out triple to center to push Marysville’s lead to 10-3 in the fifth.

Marysville’s Jesse Reyes is safe during the team’s 11-7 win over Truckee Tuesday.

The Marysville High baseball team ventured out of its section Tuesday to begin a three-game week against out of the area teams.

Step one was the reigning Nevada Interscholastic Activities Association 3-A state champ, Truckee at home.

Marysville rallied past the Wolvervines with 10 unanswered runs to take down Truckee, 11-7 for its fifth straight victory.

For Marysville, its out of the section week began slowly as Truckee built an early 3-0 lead through the first 2-½ innings and was holding the Indian bats at bay thanks to a commanding start from senior Timmy Reeve.

Things changed in the home half of the third when Marysville collected five walks and scored four times to grab a 5-3 lead on Truckee (11-7). The rally began with Jeremiah Henderson singling to right-center for the team’s third hit. Jaxon Finley struck out on an offering from Reeve where the bottom simply dropped out of the ball, forcing Finley to swing over the top.

Reeve, who is bound for Hawaii-Pacific next year, got wild after that, walking five batters and allowing a couple runs to score via the wild pitch and passed ball, respectively, to give Marysville a lead it would not relinquish.

Marysville coach Bill Rollins said the key was to get to the bullpen as quickly as possible.

“We took more pitches to run his pitch count up,” he said.

Up two in the bottom of the fifth, Marysville scored five more times courtesy of a couple extra-base hits from Evan Criddle and Finley. Criddle secured a long single off the wall to drive in a run, while Finley blasted a two-out triple to center, extending the lead to 10-3.

Matthew Haggard, who was cruising right along through five, allowed two late-game home runs to Sam Purgason, who is bound for UC Davis, before closing it out in the seventh.

At the plate, Henderson was 3-4 with two runs batted in and two runs scored. Jesse Reyes finished  2-4 with a double and a couple runs.

Marysville ends its week with a single-game at Oroville on Saturday beginning at 10 a.m.