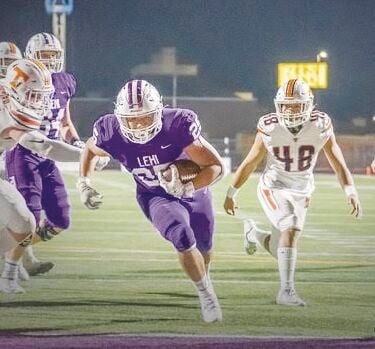 Takeshi Faupula rushes for over 600 yards and scores eight touchdowns during eight games with Lehi in Utah this year. Faupula recently committed to the Navy on a football scholarship. 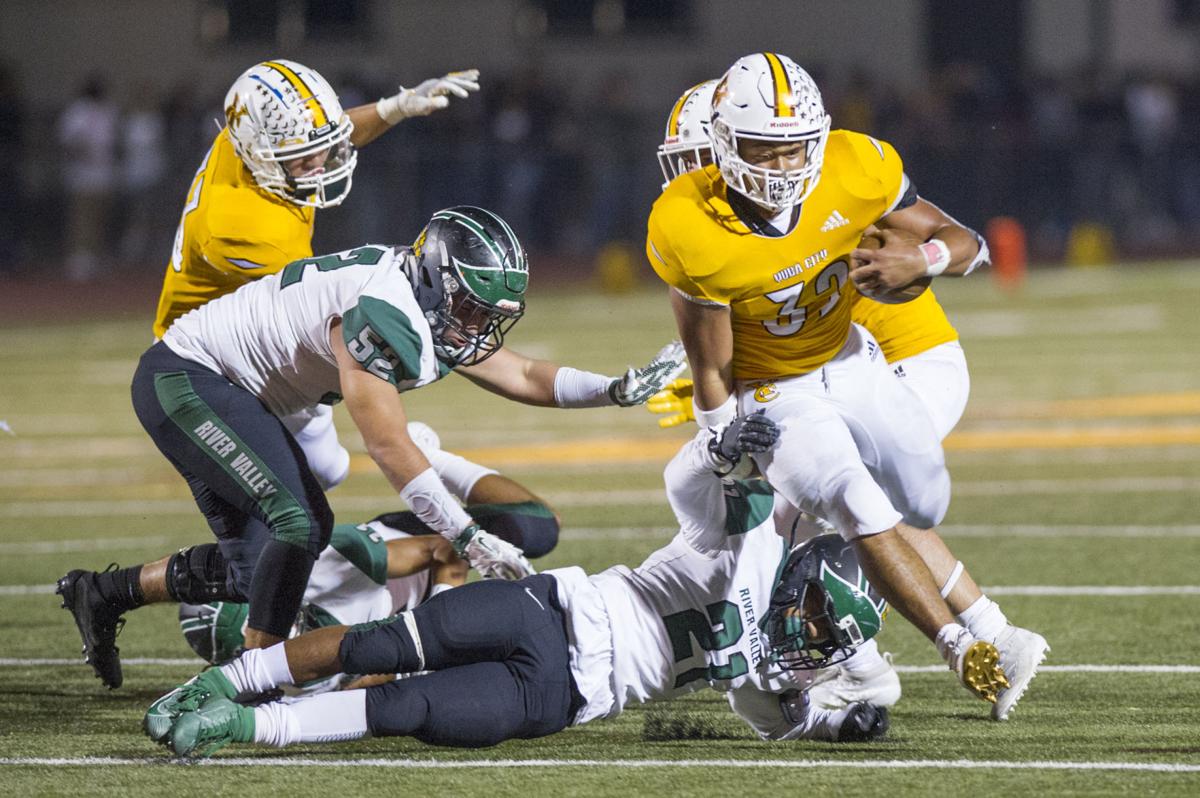 Yuba City High’s Takeshi Faupula runs for some yards against River Valley during a game in 2019 at Honker Stadium in Yuba City.

Takeshi Faupula rushes for over 600 yards and scores eight touchdowns during eight games with Lehi in Utah this year. Faupula recently committed to the Navy on a football scholarship.

Yuba City High’s Takeshi Faupula runs for some yards against River Valley during a game in 2019 at Honker Stadium in Yuba City.

Is Takeshi Faupula an opportunist, a pioneer or just an athlete who simply did not want to give up on a chance at playing college football?

The most appropriate label for the former Yuba City High football player may well be Navy commit and soon to be midshipman running back, after Faupula recently committed to the Navy in Annapolis following a senior prep season playing football for Lehi High in Utah.

Faupula plans to sign with the Navy on Dec. 20 at an invite-only ceremony with limited family and friends in attendance. COVID protocols will remain in place, according to his trainer and uncle, Michio Takahashi.

For Faupula, the road to the Navy was complex due to the ongoing COVID-19 pandemic that hit back in March of 2020. With the prolonged shutdown of youth sports in California, Faupula had to make a decision early on about his senior prep football season.

As the pandemic continued to drag on and the likelihood that it would get worse in the fall with the so-called twindemic of flu and COVID season combining, time was running out on Faupula and his family.

He needed to act fast and decide whether he would wait it out and finish at Yuba City where he called the football extremely high quality, or find a different team.

A decision was finally made based on the fact that the state leaders were not going to give in on permitting the California Interscholastic Federation to move forward with high school sports until it was absolutely safe to do so.

“None of us believe that there would be a season,” said Takahashi, who trains many Yuba-Sutter-Colusa athletes at a local gym on Sunsweet Boulevard. “In the winter with flu and COVID it was going to be difficult, so we decided to go.”

Of course there were guidelines in place, including a transfer sit-out period of three games once he enrolled at Lehi. His first reported carry didn’t come until Sept. 4 when he rushed it five times for 50 yards against Mountain Ridge.

However, it wouldn’t be too long before he’d leave his mark, combining to run for over 600 yards on 78 carries and score eight touchdowns in eight games. Faupula earned all-region and helped Lehi finish 6-5 on the year.

It was a relatively safe experience in terms of the play on the field, Takahashi said.

“I have not heard of one case passed through playing the games,” he said. “In the state of Utah not one case of COVID was traced back to playing high school football.”

Faupula’s time in Utah was almost completely centered around football. Beginning with the weight room where Takahashi said he had built himself up to be bigger than some of Lehi’s linemen.

“He is a beast in the weight room and it shows,” he said.

While it was difficult to be away from his immediate family for a prolonged time, Faupula said everything eventually fell into place.

“(At first) I was like, ‘No way I would move to another state,’” Faupula said. “It was my second transfer in my career.”

He also was concerned with coming in as a senior and learning a brand new offense.

“It turned out for the best,” Faupula said. “I feel blessed to be able to play my senior year.”

On why he chose Navy over reported offers from the College of Idaho,  Eastern New Mexico and Air Force, Faupula said it came down to the connections he made during the recruitment process and the style of football that he wanted to play.

The Navy possesses a triple-option attack and runs the ball a lot under head coach Ken Niumatalolo.

“I like how they pound the rock and out physical teams,” Faupula said.

Faupula also said that he was promised that he would be able to go on his two-year Mormon mission before starting his football eligibility.

Faupula said he won’t suit up for the Navy until 2023 – at that point he will have four years eligibility and a five-year commitment to serve.

Overall, he’s excited about his next venture in life and owes a lot of it to the decision he made to transfer out of state early on during the pandemic.

As for whether or not he is a pioneer time will tell.

In the meantime he will welcome any communication from other athletes as to how to approach their athletic futures during COVID restrictions.

“I would ask how serious they are and if they are really about it,” he said.

But for the serious and committed athlete, Faupula says transferring is a viable option.

“That’s what I would say because it worked out for me,” he said.