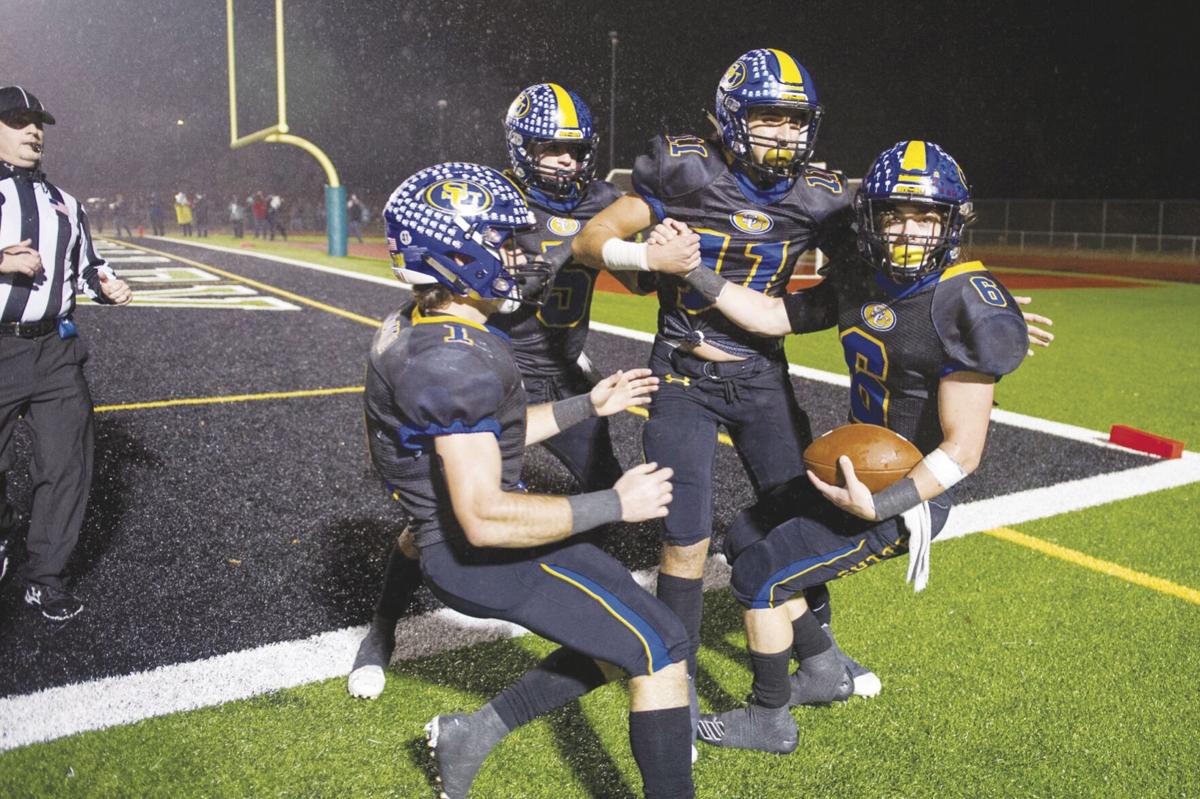 Sutter High’s teammates celebrate a Daniel Cummings touchdown during a playoff game against Paradise that occurred over a year ago in Yuba City. On Friday the state loosened the requirements for football to begin later this month in some counties. 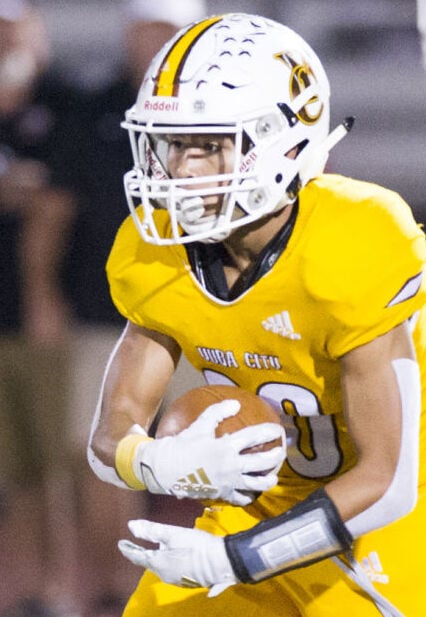 Sutter High’s teammates celebrate a Daniel Cummings touchdown during a playoff game against Paradise that occurred over a year ago in Yuba City. On Friday the state loosened the requirements for football to begin later this month in some counties.

The California Department of Public Health released its much-anticipated youth sports update on Friday after weeks of talks with coaches and California Interscholastic Federation (CIF) officials while seeing a major decline in coronavirus cases, clearing the way for high school football and other outdoor sports to resume on Feb. 26.

The CDPH announced that high-contact sports such as football, rugby and water polo, with participants ages 13 and older, can be played in counties with an adjusted daily case rate of 14.0 or fewer per 100,000 population, with regular weekly testing for athletes and coaches. L.A. County, though, currently has a case rate of 17.6 per 100,000, and its teams would not qualify.

Last March, high school sports came to a halt in California when campuses were shut down as the COVID-19 pandemic spread. In July, the CIF, the state’s governing body for high school sports, delayed the 2020-21 fall sports season until December. State health guidelines prohibited competitive sports for months even though most other states continued to hold competitions.

Either antigen or PCR testing will be required for all participants and coaches. The state will work with schools to get testing done, connecting them with sites, particularly public schools in hardest hit communities.

“We’ve been looking at data and science. We are now confident with new guidelines we can get youth sports running again,” Gov. Gavin Newsom said in a news conference Friday. He added the state will help absorb the costs of testing. When it comes to indoor sports, Newsom said, “That’s a separate conversation and more complicated.”

The updated guidance will allow outdoor, high-contact sports in counties in the more-restrictive purple and red tiers if they meet the case rate requirements.

“Whatever they present is the way we’re moving forward,” Walsh said of CDPH guidelines. “It’s uniquely better than what we have now.”

The biggest reason schools will now have a chance to play football and other sports is the steep drop in transmission rates. As of Tuesday, case rates in 47 of the state’s 58 counties had fallen enough to allow some level of classroom instruction. The key metric now is getting to the red tier, where the seven-day average of coronavirus cases average 4.0 to 7.0 per 100,000. The purple tier includes counties with more than 7.0 daily cases per 100,000.

Football originally was to be allowed only in counties in the orange tier, with daily case rates of 1.0 to 3.9 per 100,000. Most counties would not qualify under that requirement by March, when football games need to begin so they can finish by the CIF’s end date of April 17.

“That’s awesome,” Hueneme football coach Jon Mack said of the new guidance. “I am so appreciative to coach real football and give our kids a chance to compete.”

Local districts weigh in on decision

Local administrators reacted to Friday’s news from the California Department of Public Health announcing that high-contact sports such as football, rugby and water polo can be played in counties with an adjusted daily case rate of 14.0 or fewer per 100,000 population, with regular weekly testing for athletes and coaches.

“This is a big step in the right direction, but we still can’t go all in yet. We need our numbers to be down to 14 out of 100,000 cases and we aren’t there yet. The testing protocols and all the logistics surrounding that are clearly new to all of us, so we will be waiting on some guidance with all of that. But it sure is nice to head into the weekend with some pretty big, good news.”

“At this point we’re leaning toward sticking to our plan. We decided two weeks ago no football, no indoor (sports). We’re going forward with the outdoor spring sports. It’s tough on the kids going back and forth. They have all started (other sports) and now they are expected to drop that and go back to football.”

Each statement made is subject to change at a later date.