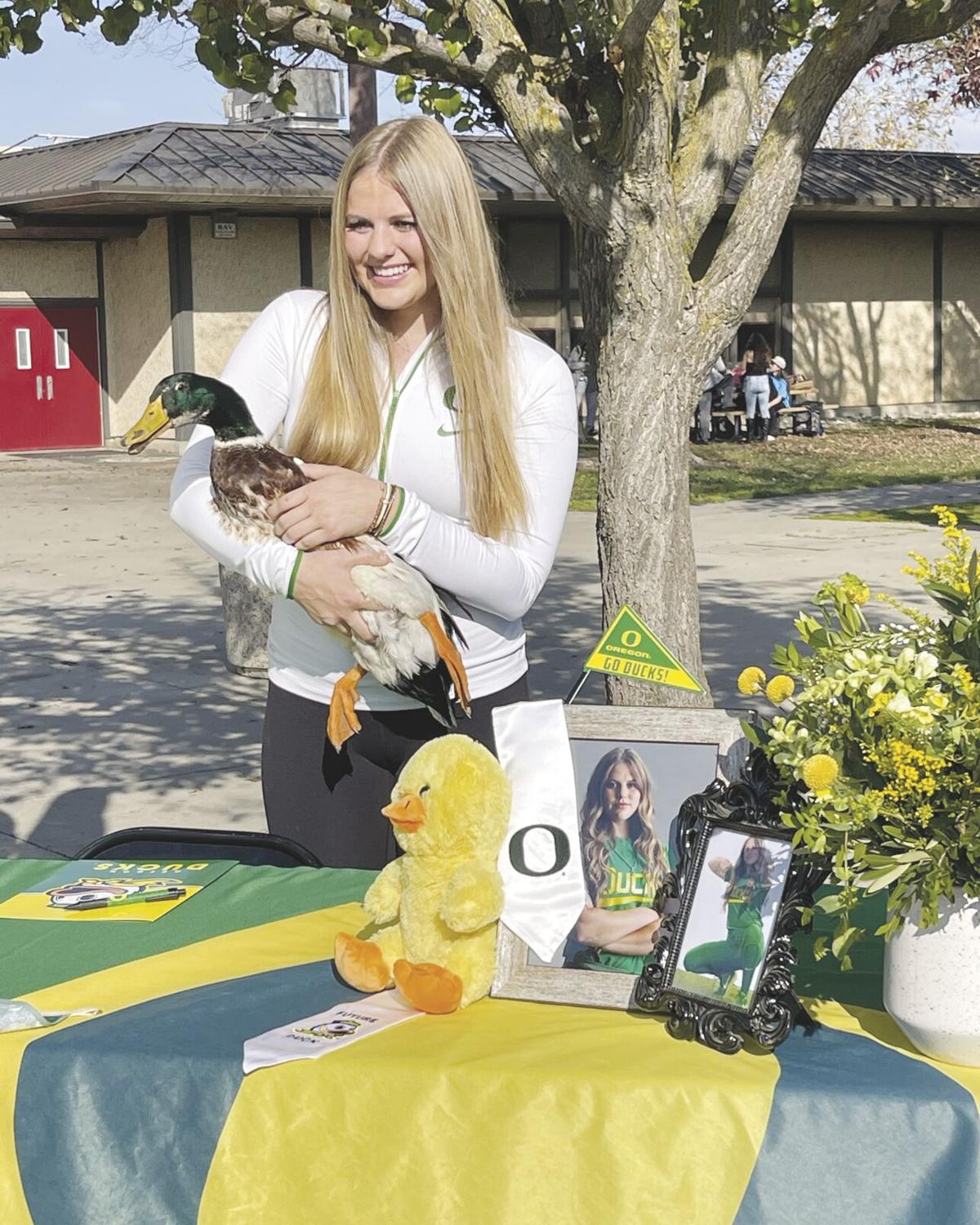 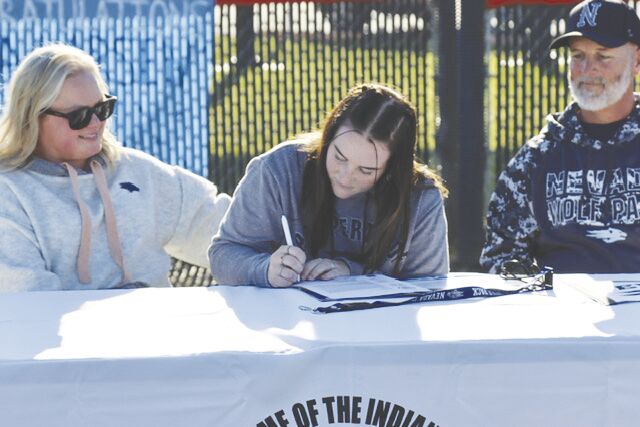 Amid young promising softball stars completing the next step in their playing careers were a pair of mid-valley stars inking their deals to the Division-I level.

Maya Larsen, of Marysville High School, and East Nicolaus’ Remington Hewitt signed National Letters of Intent to the University of Nevada and Oregon, respectively, during ceremonies on Wednesday.

Hewitt and Larsen, who were teammates on a travel ball team out of Lodi, will be positioned as utility prospects at the next level. Larsen said she will be training to become a college first baseman and catcher while Hewitt will be looked at as an all-round prospect.

Both are excited for that next step on the diamond.

“I want to be the best on the field,” said Larsen, a career .478 hitter in three varsity seasons at Marysville.

College recruiting has changed drastically due to the ongoing COVID-19 pandemic. Athletes are now tasked with becoming largely digital marketing stars in order to sell themselves and their skills.

Larsen said at the outset of the pandemic, she was discouraged, figuring out how to best to promote herself without the help of games on the field.

“Everything moved to Twitter, it was about emailing and tagging coaches (in posts),” Larsen said.

Eventually Nevada and first-year head coach Linda Garza were able to see her play in person, thanks mostly to the year-round travel ball experience that she, Hewitt and several other mid-valley stars participated in.

Larsen said it takes quite a commitment to complete that next step in athletics.

“The biggest thing is going out of your comfort zone because when you play in this area you only see what is right in front of you,” Larsen said. “Then you realize when you go to Sacramento and (Los Angeles) once a month the competition gets a lot better so you have to work harder if you want to be the best.”

Hewitt is just the latest in a long line of Spartans to sign D-I scholarships, following in the footsteps of her older sister Preslie Hewitt (Nevada), cousin Avery Croxall (Pacific) and Savannah Price (Arizona State).

“She will be the fourth Spartan softball player to sign a D-I scholarship in the past few years,” said East Nicolaus Athletic Director and varsity softball coach Neil Stinson.

Hewitt, a career .475 hitter in three varsity seasons for Stinson and East Nicolaus, said Oregon felt like home when she visited the campus.

Hewitt also became a digital marketing star due to the pandemic. Her work promoting herself through social media recruiting videos and posts got her on the radar of several Pac-12 and Southeastern Conference schools, Hewitt said.

“We have been through a lot,” Hewitt said. “It takes relationships, whether (with) the coaches or community members to help (get) through these past two years. I have been playing since I was 6 and now I am signed to play for Oregon.”

Hewitt said it’s more important than ever to remain true to yourself during the recruiting process and to think about what will separate you from the countless other prospects across the country.

“What will separate you is your personality and school work,” Hewitt said. “Communication is a really big thing, especially the past two years.”

Hewitt will be playing next year for Oregon head coach Melyssa Lombardi, who enters her fourth season in Eugene following an impressive 11-year stint as associate head coach for Oklahoma and legendary head coach Patty Gasso.

“I am going to be (in Oregon) in less than a year,” Hewitt said. “I couldn’t have done it without my family, coaches and our small community.”