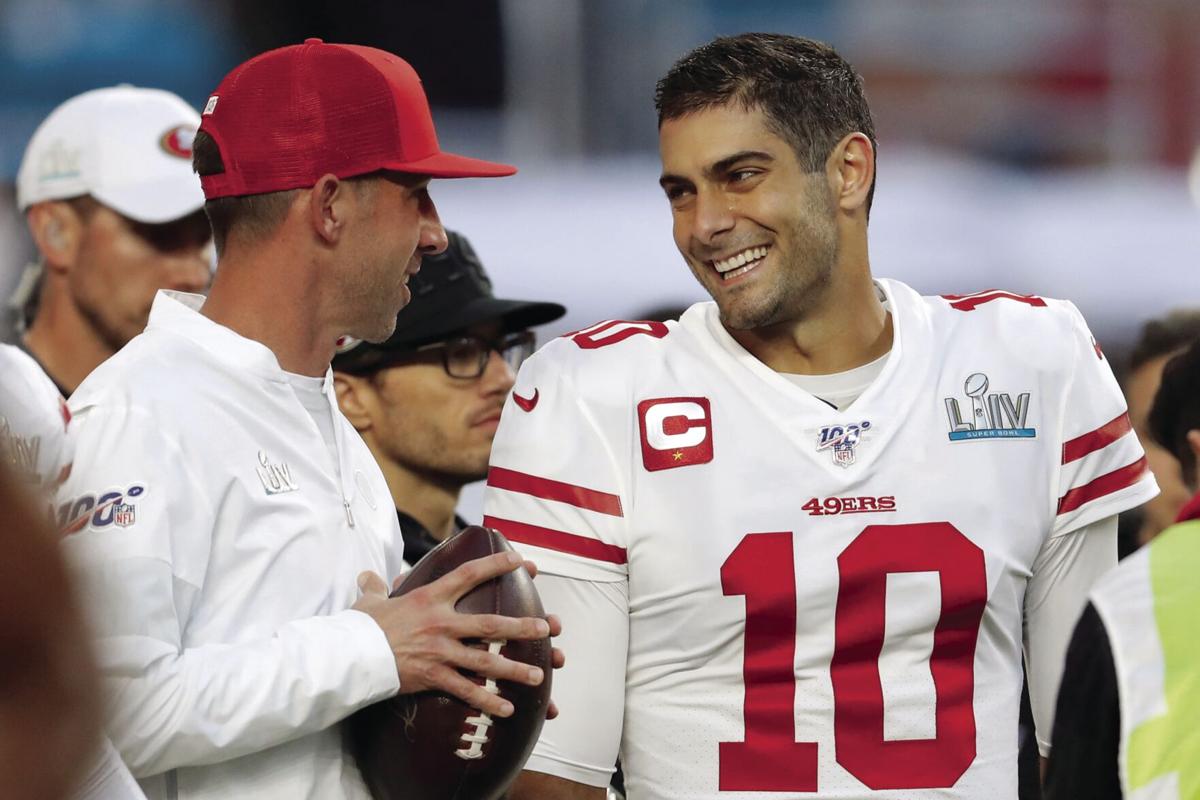 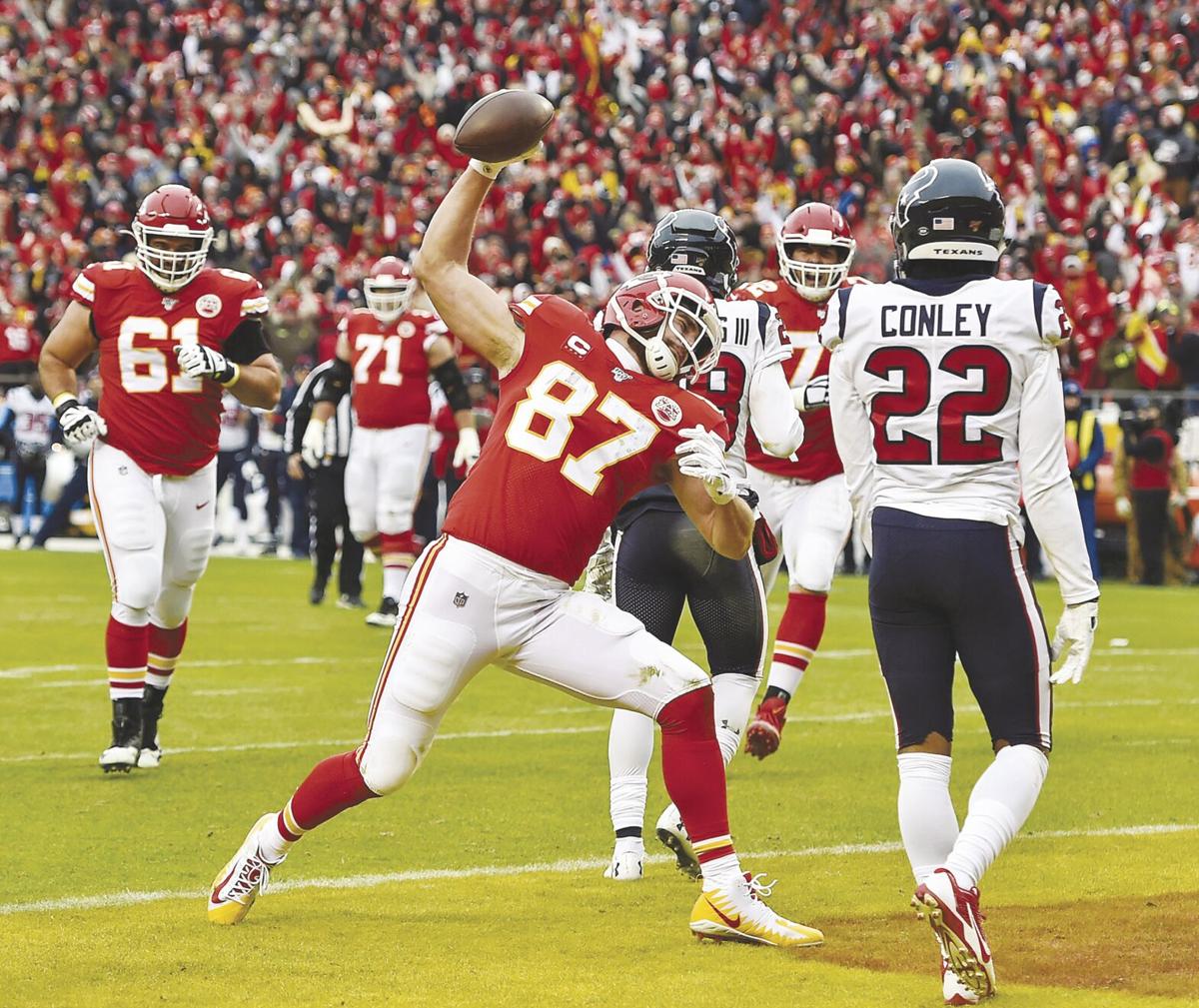 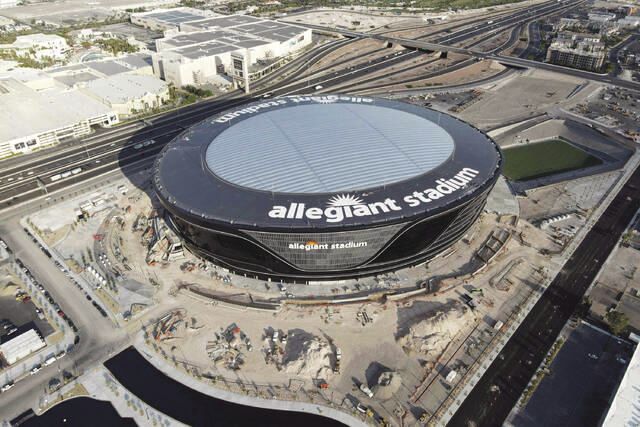 An aerial view of the Allegiant Stadium construction site in Las Vegas. The stadium will be the home of the Las Vegas Raiders and the UNLV Rebels football teams and cost $1.8 billion to build. Photo by Kirby Lee-USA TODAY Sports

An aerial view of the Allegiant Stadium construction site in Las Vegas. The stadium will be the home of the Las Vegas Raiders and the UNLV Rebels football teams and cost $1.8 billion to build. Photo by Kirby Lee-USA TODAY Sports

At long last, the masks are coming off.

The personal protective equipment will stay in place, of course, but the wraps will be removed from the COVID-cloistered 2020 NFL season with Thursday’s kickoff opener between the Houston Texans and Super Bowl champion Kansas City Chiefs.

Not only is it a rematch of last season’s wildest playoff game, but it’s also a showcase for two new faces of the league, quarterbacks Patrick Mahomes of Kansas City and Deshaun Watson of the Texans – the AFC’s new-era answer to Tom Brady versus Peyton Manning.

“It’s definitely an opportunity for both teams, both quarterbacks to show what they’ve been working on this offseason,” Watson said. “No preseason games, so guys have to get warmed up. The speed, everything is going to be faster. They say it’s going to be cold and rainy, so you have to adjust for that.”

The Kansas City forecast calls for a 60% chance of precipitation. Regardless, both quarterbacks know how to make it rain. They’re the NFL’s two highest-paid players. Mahomes is No. 1 with a 10-year deal worth as much as $503 million. Watson is second with a four-year extension that averages $39 million per season.

“I think I said something to him last year at the end of the (divisional playoff) game: ‘We’re going to have these battles for a long time,’ “ said Mahomes, who avenged a regular-season home loss to the Texans with a 51-31 victory on the same field, with the Chiefs overcoming a 24-0 deficit.

So much has happened between then and now. Kansas City went on to claim its second Super Bowl victory, its first in 50 years. Coronavirus threatened to derail the season. And, amid national unrest, the NFL amplified its social justice initiatives, which will include the phrases “End Racism” and “It Takes All Of Us” stenciled in the end zones for games.

Everyone is anticipating some type of player demonstrations across the league.

“I do 100 percent believe we have the organization’s support from top to bottom,” said Chiefs safety Tyrann Mathieu, who formerly played for the Texans. “I think whatever we do, we’ll try our best to display unity, togetherness. Even if that’s with the opposing team.”

Kansas City is one of the places that will allow fans to attend games this season, although under coronavirus restrictions the crowd will be capped at 22% of capacity at Arrowhead Stadium – or 17,000 spectators. That severely dampens the effect of one of the NFL’s loudest venues.

“It’s going to be an adjustment for all of us involved, including the fans,” Mathieu said. “They’re so important to the game, especially here in Kansas City.”

It also will be different for the broadcasters, who will work against the backdrop of piped-in crowd noise.

“You won’t have the same buzz and electricity you would have when the stadium is packed with 70,000 people, especially when the home team is doing well,” NBC play-by-play announcer Al Michaels said. “But I think, pretty much like a horse with blinkers, you look straight ahead and you do the game.”

Both the Texans and Chiefs have made significant changes since last season.

“We don’t really know who their go-to guy is,” said Steve Spagnuolo, Chiefs defensive coordinator. “It sounds and feels like they’re going to spread the ball around.”

The Chiefs, who needed to beef up their ground game, used their first-round pick on Louisiana State running back Clyde Edwards-Helaire, who faces the challenge of instantly getting up to speed rather than ramping up with preseason games.

The Chiefs have won their last five games on Kickoff Weekend, the AFC’s longest active streak. Houston is 9-9 in openers and has lost three in a row.

Still, everything is a little different this year, and especially for those players whose last live snap came in college football.

“It’s going to be tough, man,” Mathieu said, referring to the adjustment rookie defenders will have to make. “Tackling at this level is tough; lots of guys can make lots of people miss. As long as we play fast, we can make up for some of the mistakes we make.”