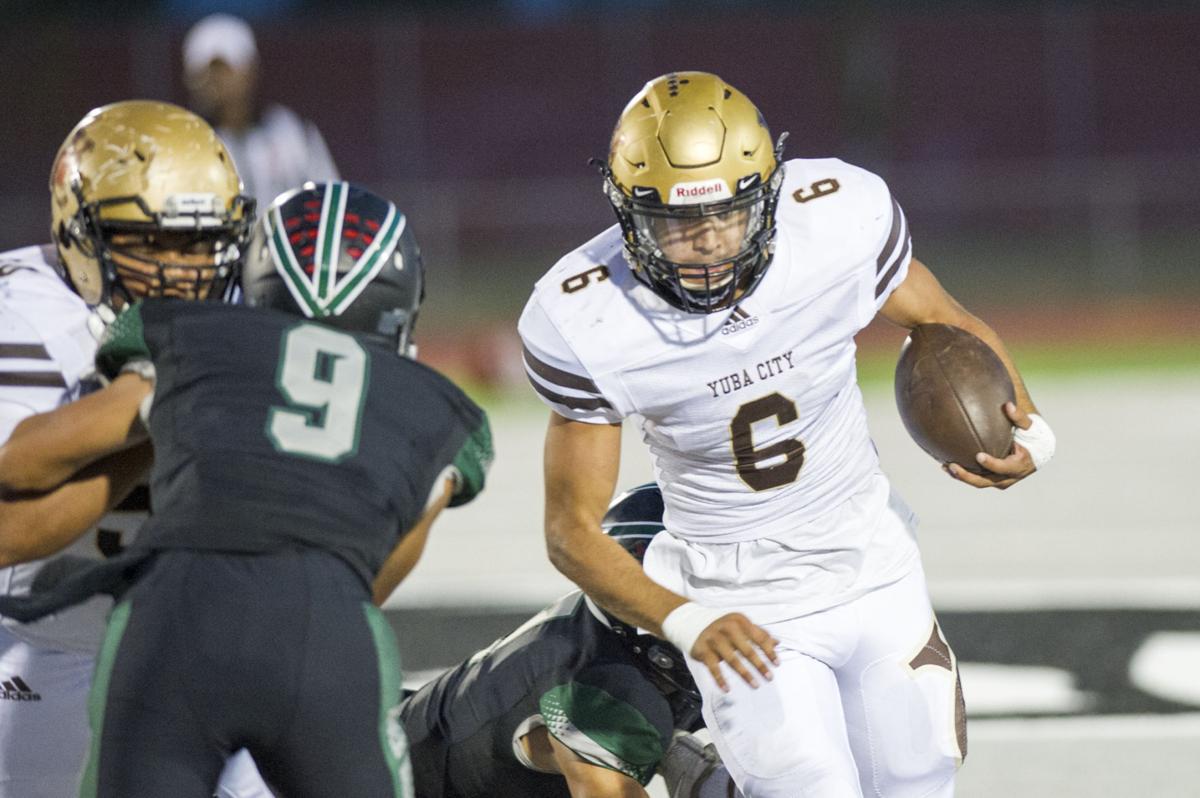 Yuba City High’s Major Niccum rushes for some yards during a game against River Valley in 2018. 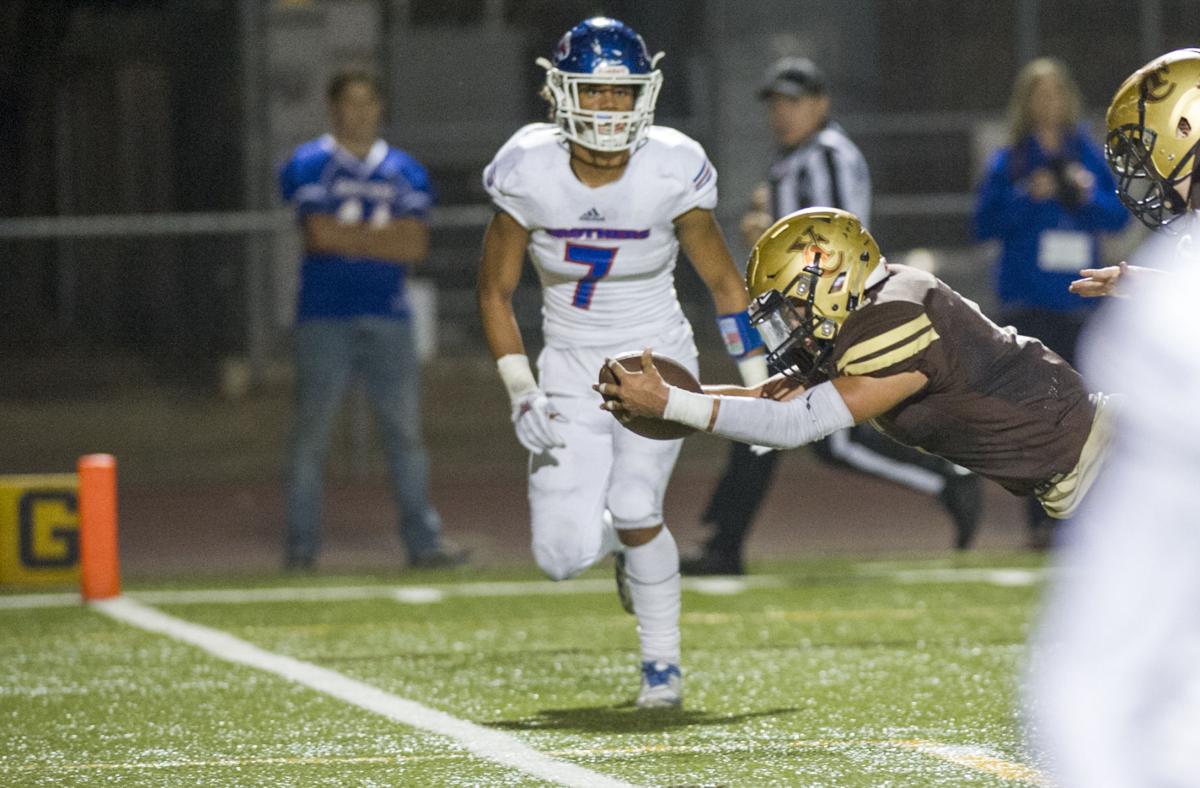 Major Niccum stretches out to the goal line for a touchdown during a game against Christian Brothers in 2018.

Yuba City High’s Major Niccum rushes for some yards during a game against River Valley in 2018.

Major Niccum stretches out to the goal line for a touchdown during a game against Christian Brothers in 2018.

By the time that Major Niccum enrolls at Iowa Wesleyan University he will not have played a regular season football game in about a year.

Niccum’s 2020 season at Sacramento City College was canceled due to the ongoing public health threat surrounding the COVID-19 pandemic.

As a freshman at Sacramento City, Niccum was strictly an offensive player, appearing in five games at running back for the Panthers where he rushed for 73 yards and a touchdown.

But Niccum’s roots, he said, are on the other side of the ball dating back to the youth and high school level. At Yuba City High, where he graduated in 2019 with classmate and fellow Iowa Wesleyan University signee Dmitri Rodriguez, Niccum was listed as a linebacker for his two varsity seasons. He also rushed for nearly 900 yards and scored a combined 27 touchdowns for the Honkers.

Niccum will move back to defense at Wesleyan, most likely the safety position.

He feels he has a good hold of defense based on what he learned growing up and from his lone playing year for Sacramento City College.

“I was able to learn a college offense and see what sets they run and what they’re trying to accomplish,” Niccum said. “I feel like that will transition well to the defensive side … I have always been more of a defensive guy until I got into high school.”

For today’s prep athlete not being able to play right now in the state of California is a huge disadvantage for recruiting purposes.

It has affected Niccum too after being shut out of his sophomore year at Sacramento City.

So he went to social media to get noticed.

“It is a direct connection from a college coach to a player,” Niccum said. “It’s important to be working regardless of (playing), so I am posting stuff on Instagram, posting pics at City.”

Lozano, a recruiting coordinator and assistant defensive coach at Wesleyan, was impressed with Niccum’s work ethic during the pandemic when sports were shutdown.

“He saw that I was trying to be better through COVID,” Niccum said. “It’s all about making sure (they know) you’re working out.”

He also said it’s important to tag other accounts with your recruiting photos and videos.

Niccum said lifting, running and footwork videos are important tools to be recruited.

“It’s definitely important to put your stuff out there,” he said.

YC product weighs in on targeting

It’s called targeting, and it is being called more and more in college football. For instance Alabama defensive back John Battle was ejected for targeting following his open-field hit on an Ohio State receiver in Monday night’s College Football Playoff national championship.

Battle clearly lowered his head during the process of the tackle, which helps aid the targeting call and subsequent ejection.

“It comes down to teaching players how to tackle and there’s no reason to put your head down,” Niccum said. “From a young age I was taught to keep your head up and hit what you can see.”

Neck injuries are common in football and can be aided when a player lowers his helmet to assist in the tackle.

“When I (first watch) the play I am thinking he laid the wood,” Niccum said.

But after thinking about it, Niccum usually always comes to the realization that the tackle could have been a dangerous play.

“He could have broken his neck or messed up the other guy,” Niccum said. “Ultimately (the targeting rule) is better for the game.”