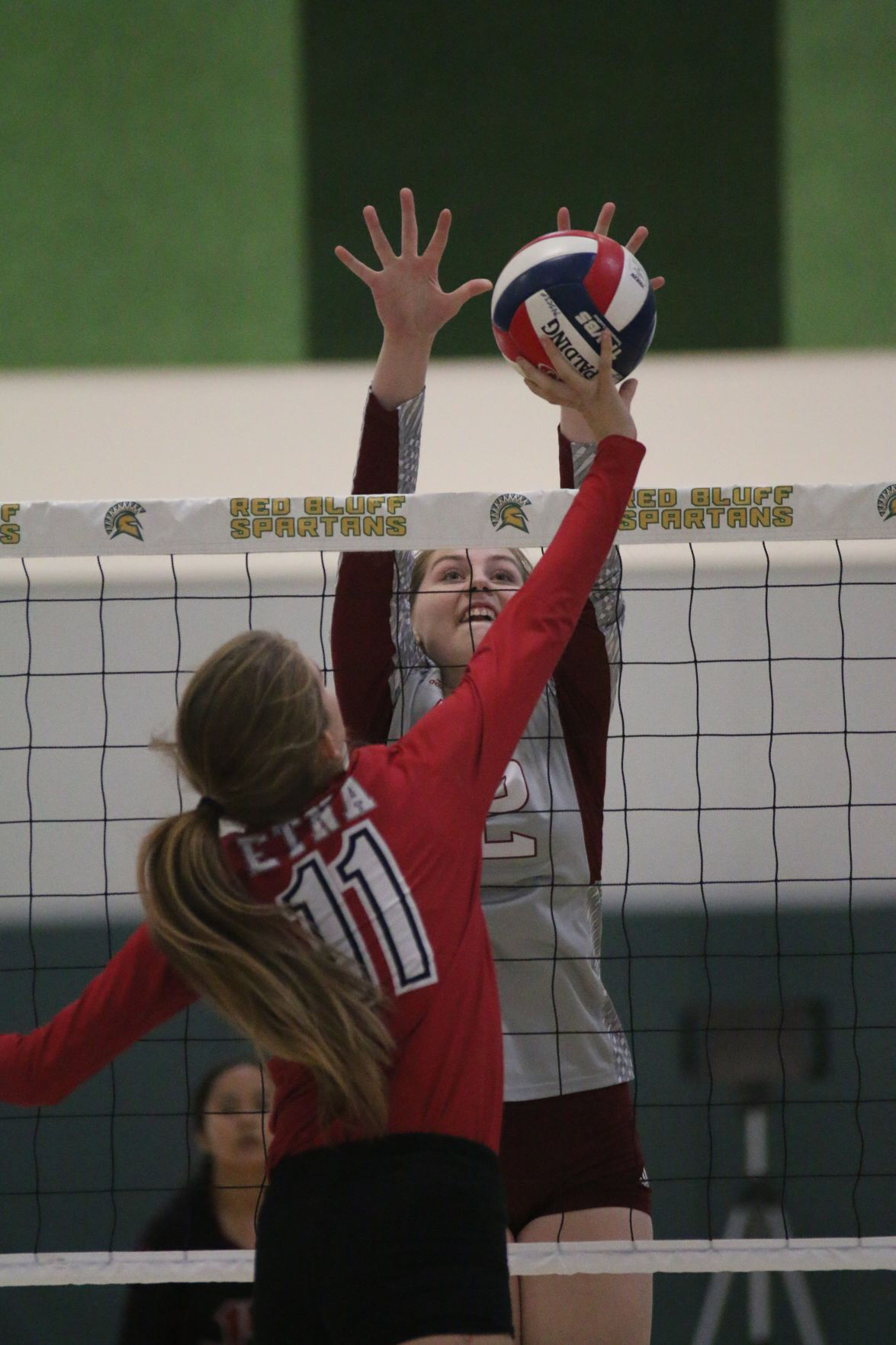 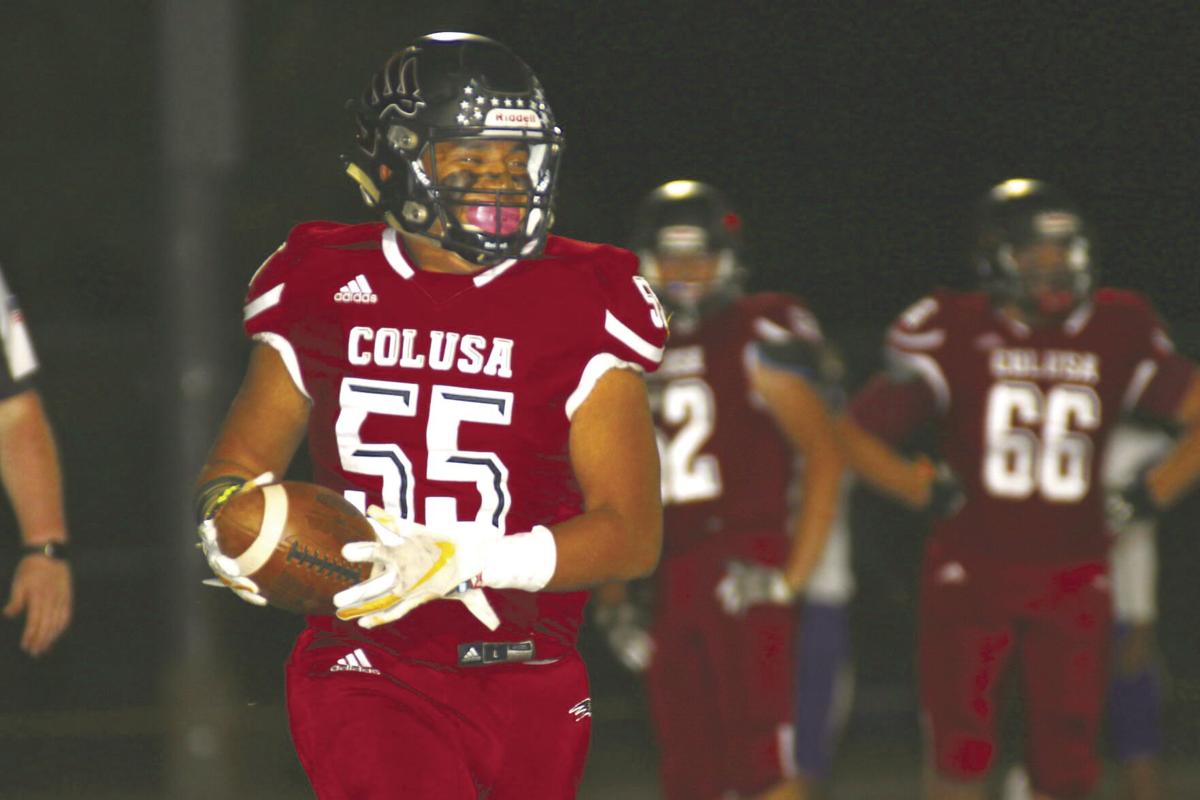 Colusa’s Xavier Lopez comes off the field after intercepting a pass in the first quarter of the RedHawks’ win over Willows on Oct. 4, 2019. 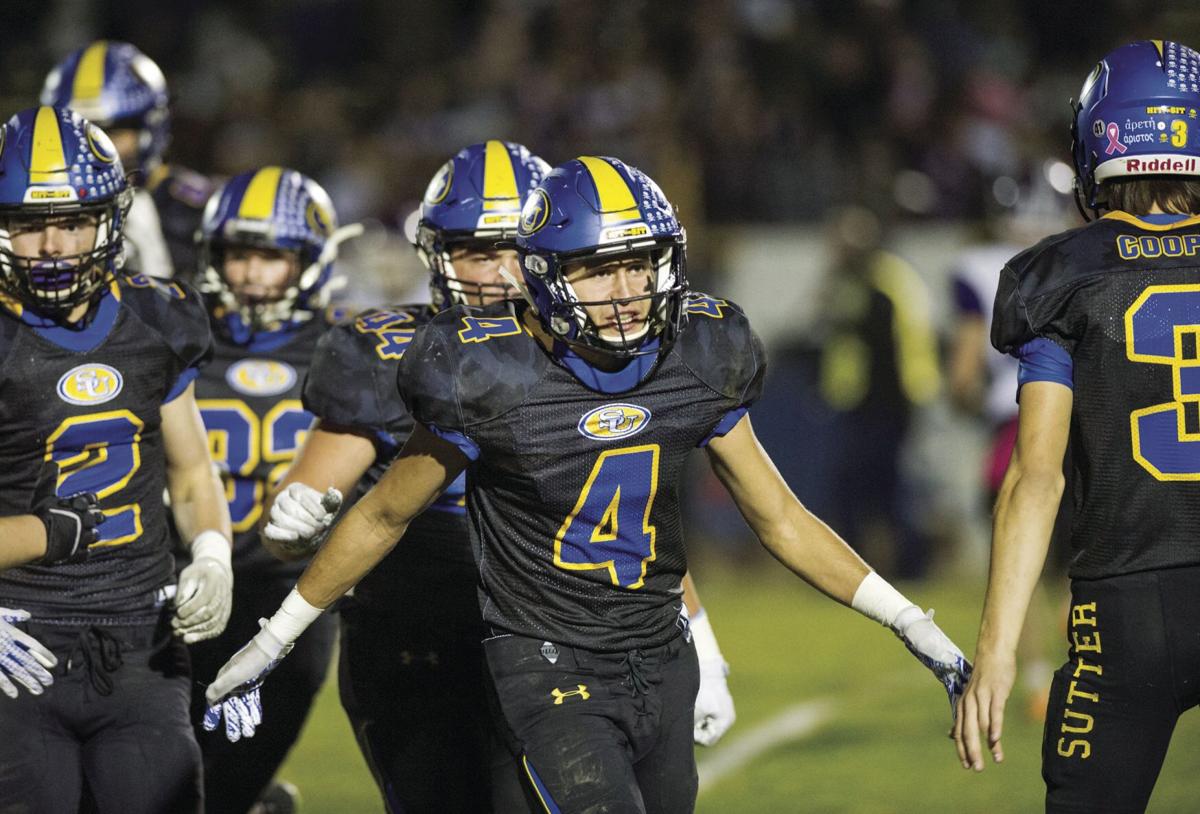 Sutter High’s Nic Moroni celebrates after sacking the quarterback during a 2019 game against Lassen at Wayne Gadberry Stadium.

Colusa’s Xavier Lopez comes off the field after intercepting a pass in the first quarter of the RedHawks’ win over Willows on Oct. 4, 2019.

Sutter High’s Nic Moroni celebrates after sacking the quarterback during a 2019 game against Lassen at Wayne Gadberry Stadium.

Sports in a pandemic

Editor’s Note: The Appeal is looking for local teams and athletes in the Yuba-Sutter-Colusa region who are feverishly adapting to the new normal thanks to the public health crisis surrounding coronavirus. If you’re an athlete or coach making plans for sports in a pandemic please reach out to Sports Reporter Jeff Larson at jlarson@appealdemocrat.com.

Colusa High Athletic Director Eric Lay said the state’s pandemic plan to delay fall sports and condense three seasons down to two does not bode well for small schools and athletic programs with a majority of multiple-sport contributors.

The Northern Section stretches clear from Sutter County to the Oregon border featuring a total 73 schools, including Colusa, and perhaps the most two- and three-sport athletes in California, according to a news release submitted Monday from section commissioner Liz Kyle.

Under the CIF plan released Monday each of the three seasons, including football, would have a practice start date that ranged from Dec. 7 to March 15 – a four-month timespan for 17 sports. While not every school district offers all of the CIF sanctioned sports, it remains a tight window for each sport to be completed with some semblance of a playoff system.

Lay said small schools like Colusa would be severely impacted.

“(The state plan) would ruin small schools because of overlapping,” Lay said. “You have to give each season an equitable amount of time.”

The multiple-sport athlete, Lay said, is a huge part of the high school tradition and helps to develop the individual.

Lay said he and many of the other section ADs want to avoid having athletes choose a sport to play.

He also said having football played in January could pose travel issues for schools who navigate mountain areas with a heavy snowfall.

The Northern Section plan is designed to keep each season as close to a regularly-scheduled start date, provided approval is given by the county health departments in the wake of coronavirus. It would also mean that NSCIF teams would not be eligible for state playoffs.

Lay is currently developing a plan with the members of the Sacramento Valley League to implement a trio of seven-week seasons (with approximate two week breaks in between) to accommodate as close to a full regular season and section playoff format as possible. Under the proposed plan, Lay said spring sports would run through June.

Sutter AD Rick Giovannoni said the section’s deviation from CIF is a better alternative. Sutter has multiple coaches who run two or more teams during a year, including famed football coach Ryan Reynolds, who coaches football, wrestling and track and field.

It’s a lot to ask of the coaches with the CIF’s direction to delay all sports to December or January.

“It’s more fair and keeps seasons intact to the way they normally would be,” Giovannoni said.

Once given approval by its county health department, leagues will have full discretion to schedule games in and out of the section and county.

Sutter is set to resume summer workouts for fall sports on Aug. 3, two days before a section athletic director meeting where more guidance will be received by NSCIF schools.

The Sac-Joaquin Section will follow the CIF modified sport calendar for the 2020-21 school year where football will be pushed back to a Dec. 7 practice start date and Jan. 8 season-opener. It will be a 10-game season that is scheduled to end March 20, which marks a little over a year since statewide restrictions went into effect for COVID-19.

For Marysville High football coach Jeff Freeman he has sectioned off his offseason and season into four parts.

Freeman said spring football is moved to Oct. 5 with four-day-a-week practices, while summer ball is set for Nov. 2. Official practice in helmets and pads would begin Dec. 14 and the team’s first scrimmage against Casa Roble would commence on Jan. 2, 2021, he said.

Freeman said due to the Northern Section deviation, Marysville lost games against Wheatland, Live Oak and Oroville to bring his schedule down to seven games right now.

Freeman said every plan and subsequent contingency is dependent on Yuba County’s coronavirus count and whether  or not it can control the recent spike in cases.

One potential pitfall with the Sac-Joaquin and CIF plan is February and March when multiple sports begin to converge.

“Now you have crossover sports like basketball and baseball with football still playing,” Freeman said.

Freeman said it’s imperative that all the Marysville coaches work together so athletes can seamlessly transition to each sport during the tight window.