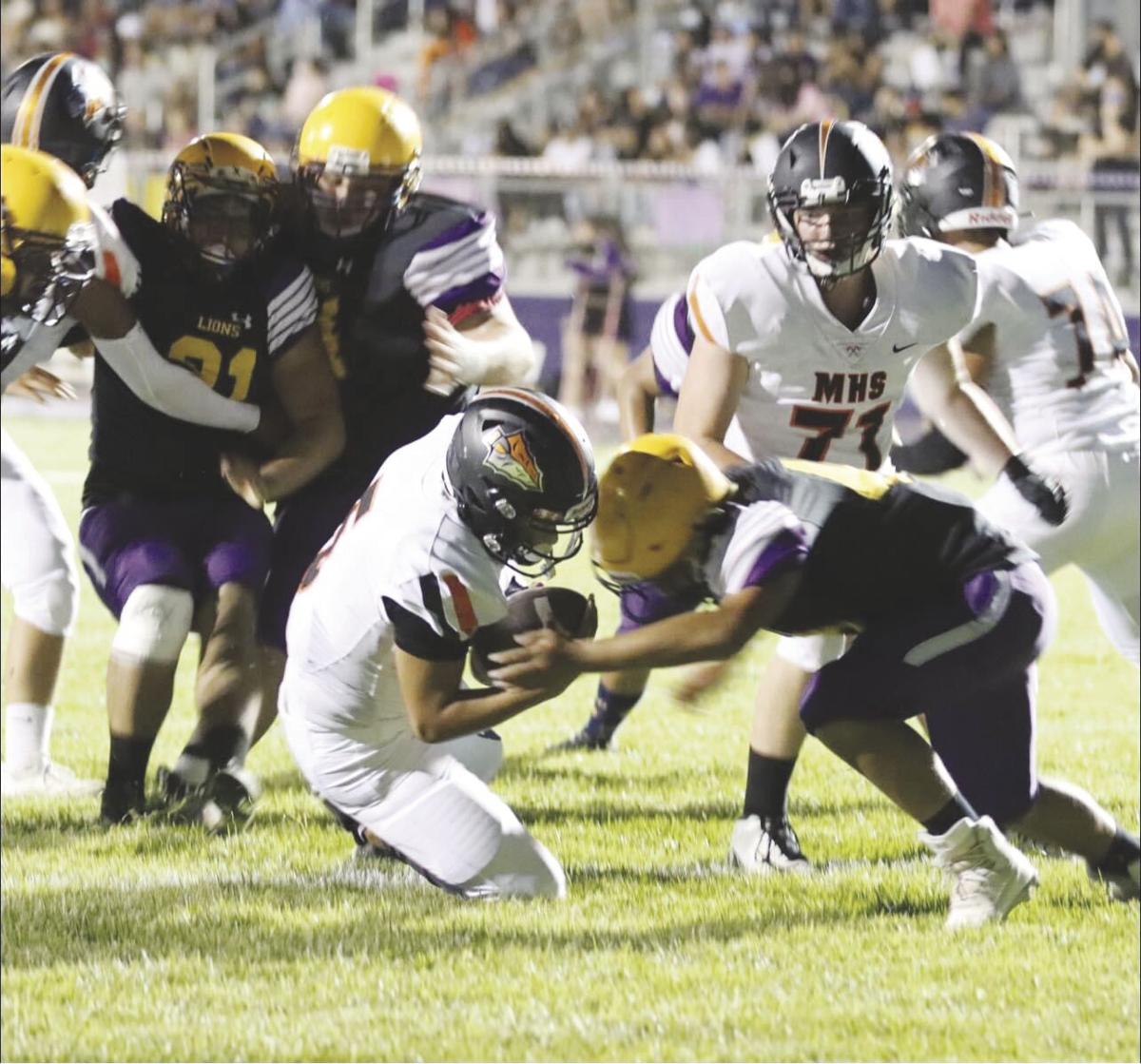 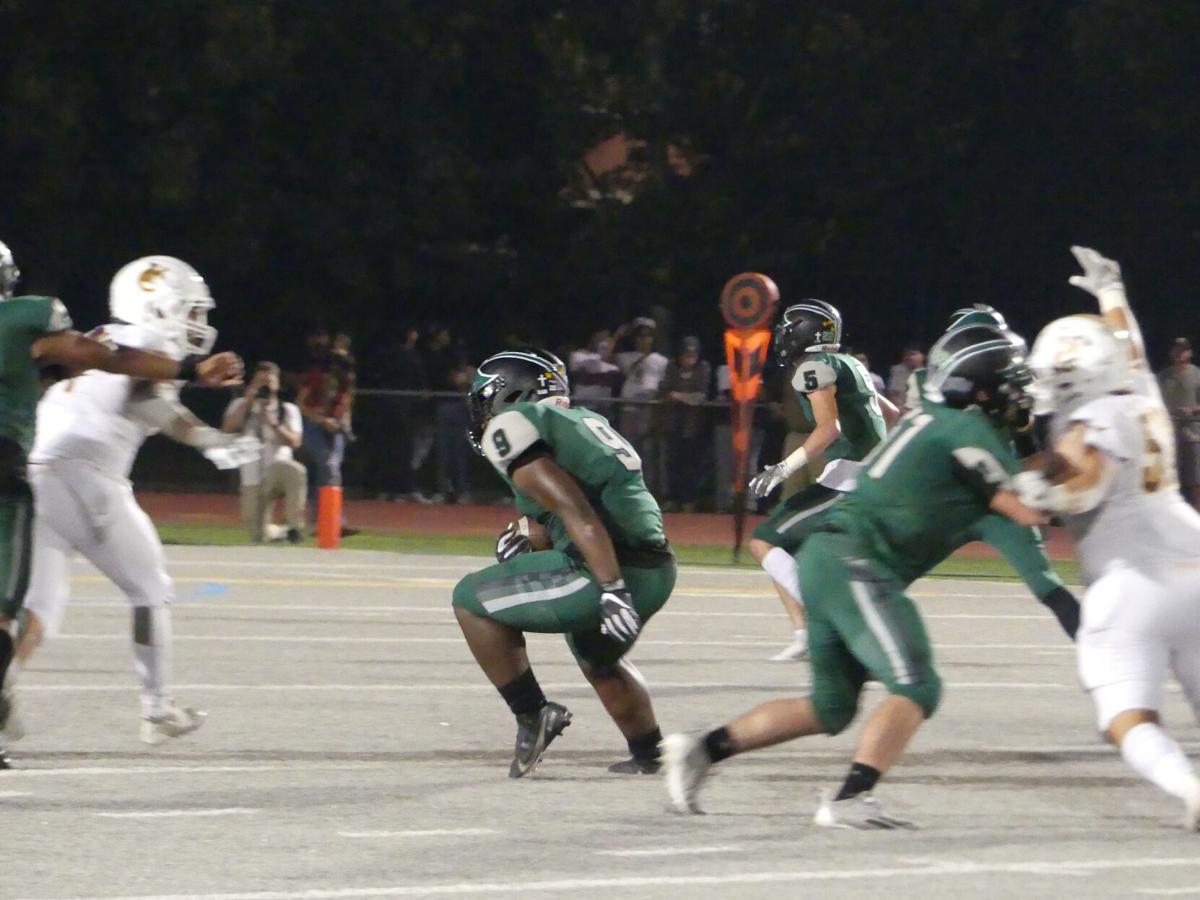 Sophomore Dashawn Peoples and River Valley will be in Roseville tonight in search of the team’s first win.

Sophomore Dashawn Peoples and River Valley will be in Roseville tonight in search of the team’s first win.

The dawn of October typically means that most mid-valley teams have transitioned to their league seasons.

For about four weeks, teams battle against those most familiar to them while jockeying for better postseason position.

Six of the seven area teams playing tonight (Friday) are facing their respective league for the first  or second week of the season.

The Marysville High football team, off to its best start in six years at 4-1, begins the rigors of the Pioneer Valley League at home tonight against Bear River. The PVL has not been kind to Marysville in the past, with the team’s last winning season coming with a 5-1 finish in 2016. Marysville’s lone league loss that year was to Capital Christian – a program no longer in the PVL. The year before, Marysville went 4-2 with losses to Capital Christian and Dixon.

The current PVL format has Marysville facing Bear River tonight, Lindhurst in the Battle of the Bell on Oct. 8 and Colfax, Center and Foothill (Sacramento) in that order to round out the season – a quintet of teams that Marysville is 2-8 against since 2018.

Will Friday mark the beginning of a resurgence under first-year head coach Jordan Holmes?

The Huskies have reached a phase of their season where they have been virtually unbeatable, winning 26 straight Butte View League games dating back to 2015.

Tonight’s opponent: Wheatland comes in with what could be a secret weapon in its corner – the head coach.

Andy Fatten, who is in his first year at Wheatland, coached at Sutter for the last 11 years. He’s in the process of trying to make Wheatland a winner again like back when he was a standout running back in the mid 2000s.

The Pirates are coming off their first win of the season, 34-7, at Corning last week.

Tonight the competition gets much stiffer, but could go a long way toward enhancing Fatten’s legacy.

Kickoff is scheduled for 7 p.m.

Yuba City ventures back outside the Capital Valley Conference for a week to travel north to Chico to take on the Panthers in a nonleague battle outside the section.

YC has wins over River Valley, Pleasant Grove and Pleasant Valley. Chico has won three straight, including over Foothill (Palo Cedro) and at Lassen (never an easy place to play).

RV will not only be looking for its first win of the year, but to snap a two-game slide against CVC foe Roseville on the road.

It could be a tall task for the Falcons, with four losses on their resume by double-digits. Roseville, meanwhile, has wins over Oakmont (3-2) and Rio Linda (1-4).

The Sacramento Valley League has three teams all deadlocked at 1-0 – two of those squads square off tonight in East Nicolaus as a part of the Spartans’ homecoming.

East Nicolaus hosts a Bears that it is 8-1 against in recent history. However, the one loss is noteworthy, as it came less than six months ago during the spring COVID-modified season.

Following a somewhat stunning 30-point loss to Pierce last week, Colusa looks to bounce back at home Friday against Winters.

Winters has two wins out of section and one over Durham, while Colusa has beaten Mount Shasta, Williams, Willows and Central Valley.

All games and times are subject to change due to COVID-19.