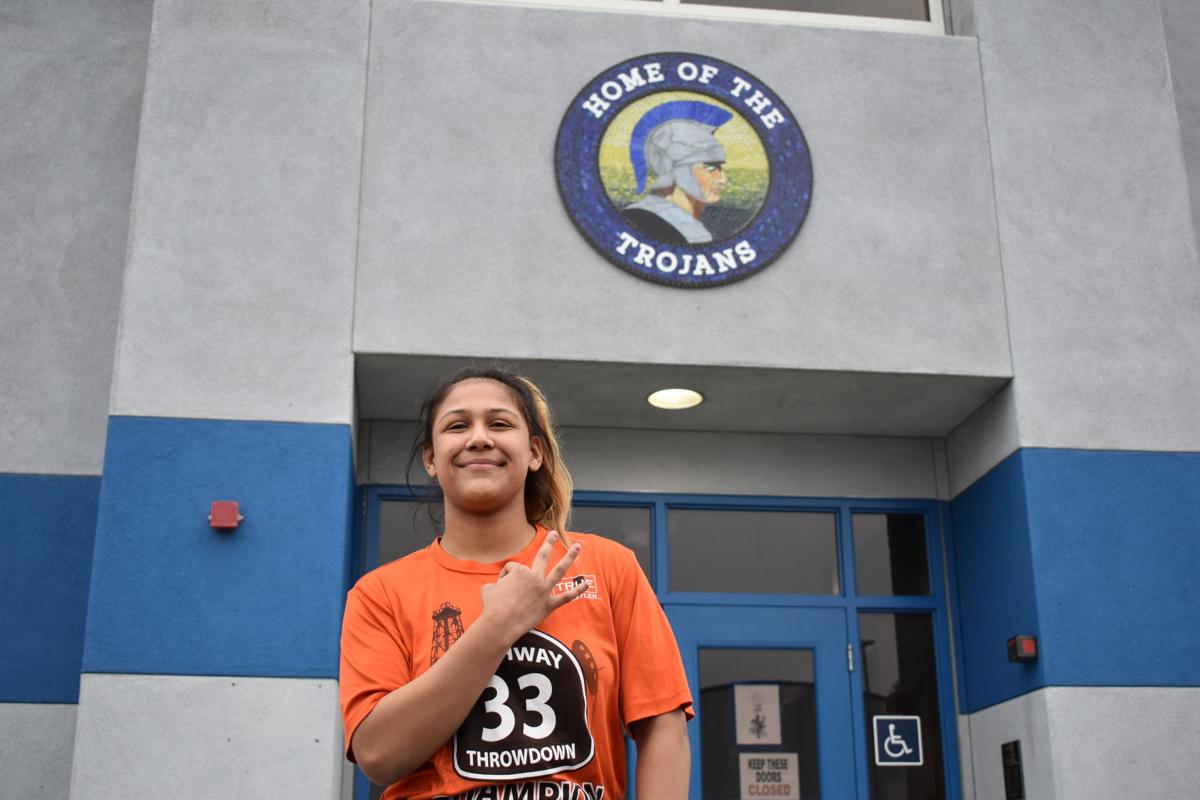 Jennifer Soto poses at Orland High School with her fingers in the shape of an “O” and “W” which stands for “Orland wrestling,” Soto said. 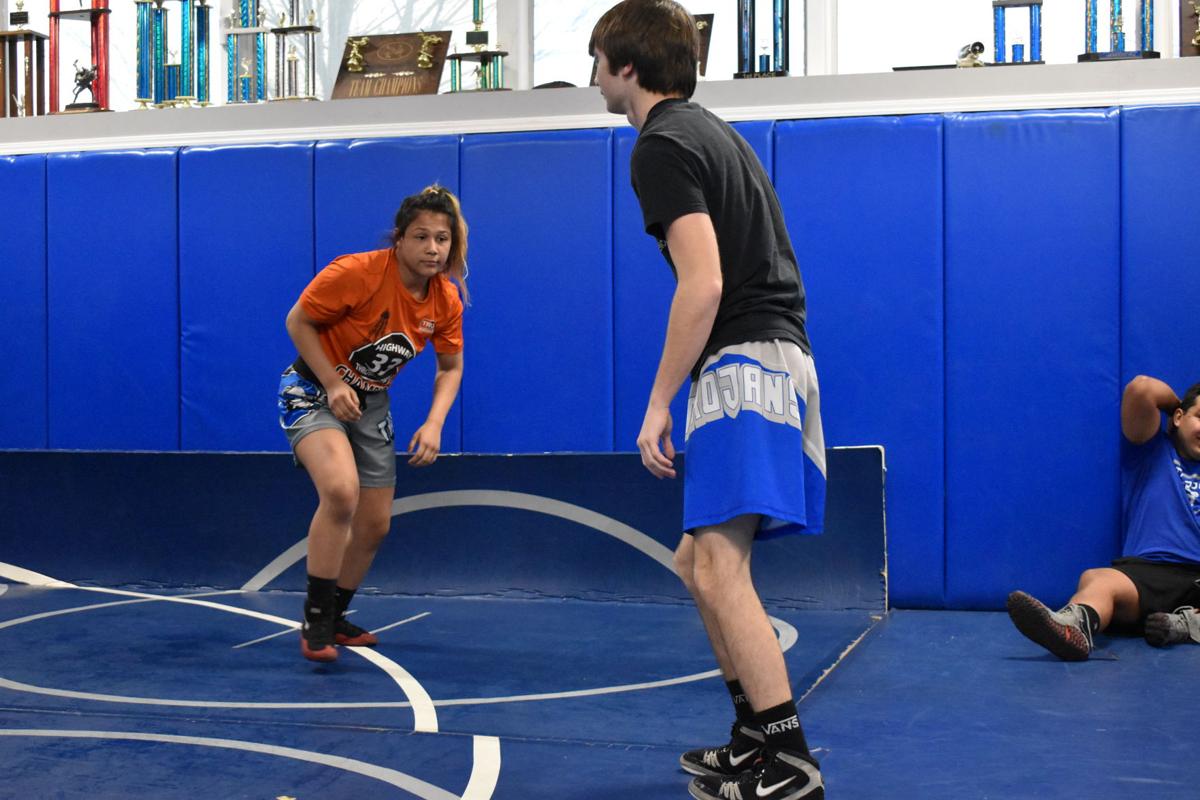 Jennifer Soto poses at Orland High School with her fingers in the shape of an “O” and “W” which stands for “Orland wrestling,” Soto said.

Jennifer Soto, a sophomore at Orland High School, has been wrestling since she was in fourth grade.

She started wrestling because she wanted to be like her brother – who wrestled in high school.

Soto has ambitions of being a 2024 Olympic champion. And she may be well on her way to reaching that goal.

Recently, Soto was ranked No. 1 in the 122-pound weight class, according to national rankings for high school girls wrestlers released by USA Wrestling.

However, Soto said the top spot isn’t the reason she keeps going.

“It’s great but rankings don’t really matter,” Soto said. “It’s a nice feeling that these people, they look at you but it doesn’t affect the way I wrestle or the way I think about myself.”

She said one of the things she likes about wrestling is that you get what you put into it.

“I like the fact that it’s not really a team sport, it’s mainly you sow whatever you put in, all the hard work you put in, you see the results because of it,” Soto said.

Andy Ramirez, girls wrestling coach at Orland High, said Soto pretty much wrestles all year long and the rankings look at her overall performance, not just what she does at Orland High School.

Soto said some of her biggest matches have been at the Fargo Finals and her matches in worlds – she said she wrestled against Russian and Hungarian girls.

“They have different styles,” Soto said. “Especially over there in Hungary and stuff you just remember the way they wrestle and it helps you improve a lot.”

The Orland girls wrestling team went to the Napa Valley Girls Classic recently and Soto placed first in the 121-pound bracket with four straight wins, going into the finals and beating Melanie Mendoza of Selma for the championship.

Mendoza is ranked at No. 2 in the 122-pound weight class, just below Soto, according to Wrestling USA.

“It was a good match,” Soto said. “I had never wrestled her before so it was a good feeling.”

She said while in the long term she hopes to be an Olympic champ, this year she wants to win state, make it on the world team and take a world title.

Ramirez said Soto is currently 26-0 on the season.

“She’s doing good, she just works at her own level,” Ramirez said. “She knows what to do out there and she’s just a hard worker.”

Victor Perry, Orland High principal and boys wrestling coach, said she has put in a “tremendous amount of time” into wrestling and that her national ranking doesn’t come without hard work.

“She continues to work hard everyday,” Perry said. “Her ultimate goal would be (to compete) in the Olympics someday and she’s on that track … She’s tough as nails.”

Soto said her brother and the Orland staff – like the Junior Trojans – have helped her get this far.

“I wouldn’t be here without them and then my brother, he’s just been with me through the whole journey. He supported me when I felt like I couldn’t keep going,” Soto said.

The Sac-Joaquin Section regionals will start on Feb. 14 and the top wrestlers go to the masters meet and then can qualify for state.