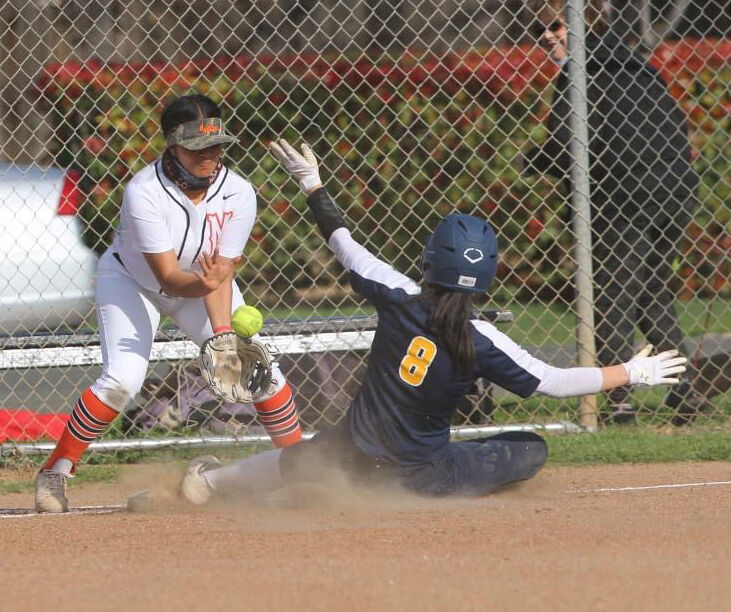 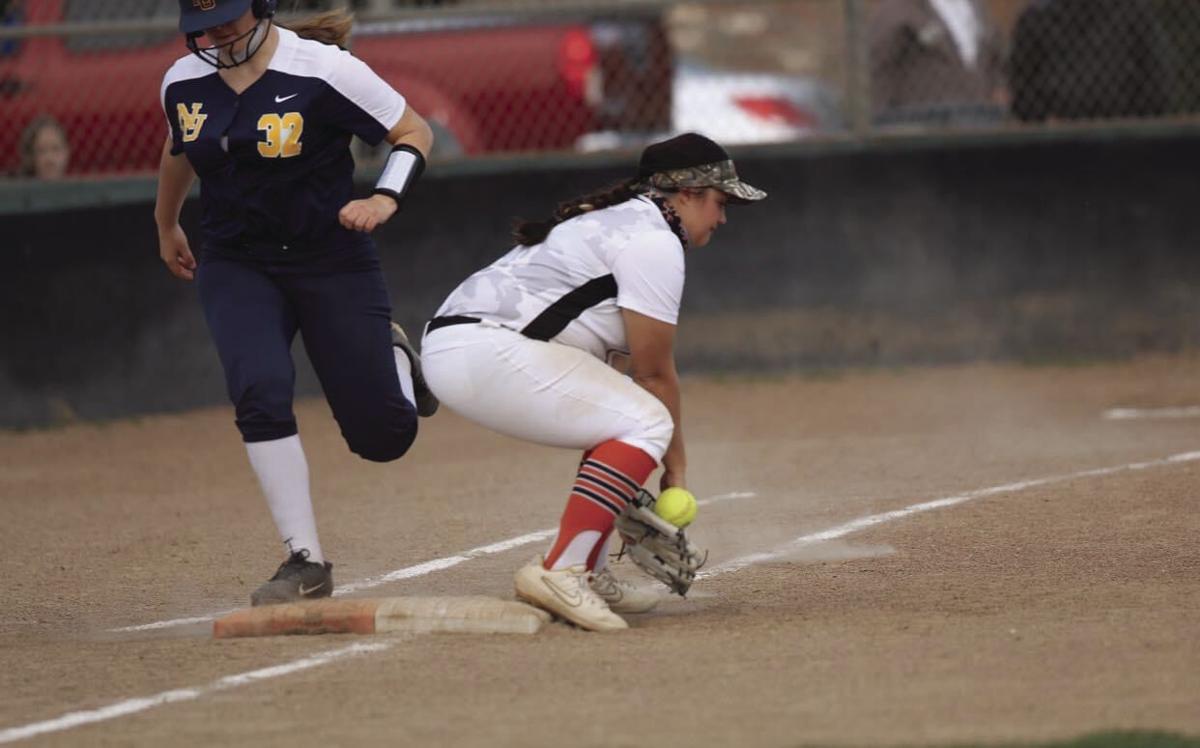 Andi Duff completes a putout at first during Marysville’s 5-1 win at home over Nevada Union Wednesday.

Andi Duff completes a putout at first during Marysville’s 5-1 win at home over Nevada Union Wednesday.

Birdie Galaviz kept Nevada Union hitters at bay through seven innings, then stoked the fire offensively herself with a two-run homer to help lead the Marysville High softball team to a season-opening 5-1 win over the Minors Wednesday in Marysville.

Galaviz, a senior, finished 1-for-2 at the plate with a couple RBI and struck out 10 in the circle.

She was joined offensively by Maya Larsen, who finished 1-for-3, scoring a couple, and Mikayla Haggard’s 1-for-3 day with a run scored and RBI.

Eli Carlos finished 2-for-4 at the plate with a double and two RBI.

Alejandro Espinoza scored twice in the opening half, Esteban Alvarado added a goal and assist in each half to help spur Live Oak to an 8-0 shutout over Pierce Tuesday.

Goalkeeper Arturo Pureco had five saves for the Lions (1-0).

Elesia Fuentes came through defensively, Ana Velasco made several spectacular saves in goal and Yulissa Martinez scored the lone goal for Gridley in a 5-1 loss Tuesday.

Live Oak’s Quinn Vrablick, Averyn Jansen and Kirit Pamma each captured straight-set wins at No. 3, 4 and 5 to lead the Lions to a 3-2 win over Colusa Tuesday.

Live Oak, unbeaten at 6-0, ends its modified season today at Wheatland. The match begins at 3:30 p.m.

The RedHawks scored twice in the top of the eighth to drop Clear Lake on the road Tuesday, 7-5, remaining undefeated on the year.

Colusa (4-0) was led by Blake Kalfsbeek and Ethan Lay, who each went 2-for-4 at the plate.

Makayla Frias led the way with four hits to pace Colusa to an 18-5 win over Kelseyville in its season-opener Tuesday.

Colusa broke it open in the seventh with nine runs in the frame. Abby Meyers, Frias, Anahi Guzman, Abby Wolf, Reese Roper, and  Avery Lay each drove in runs during the rally.