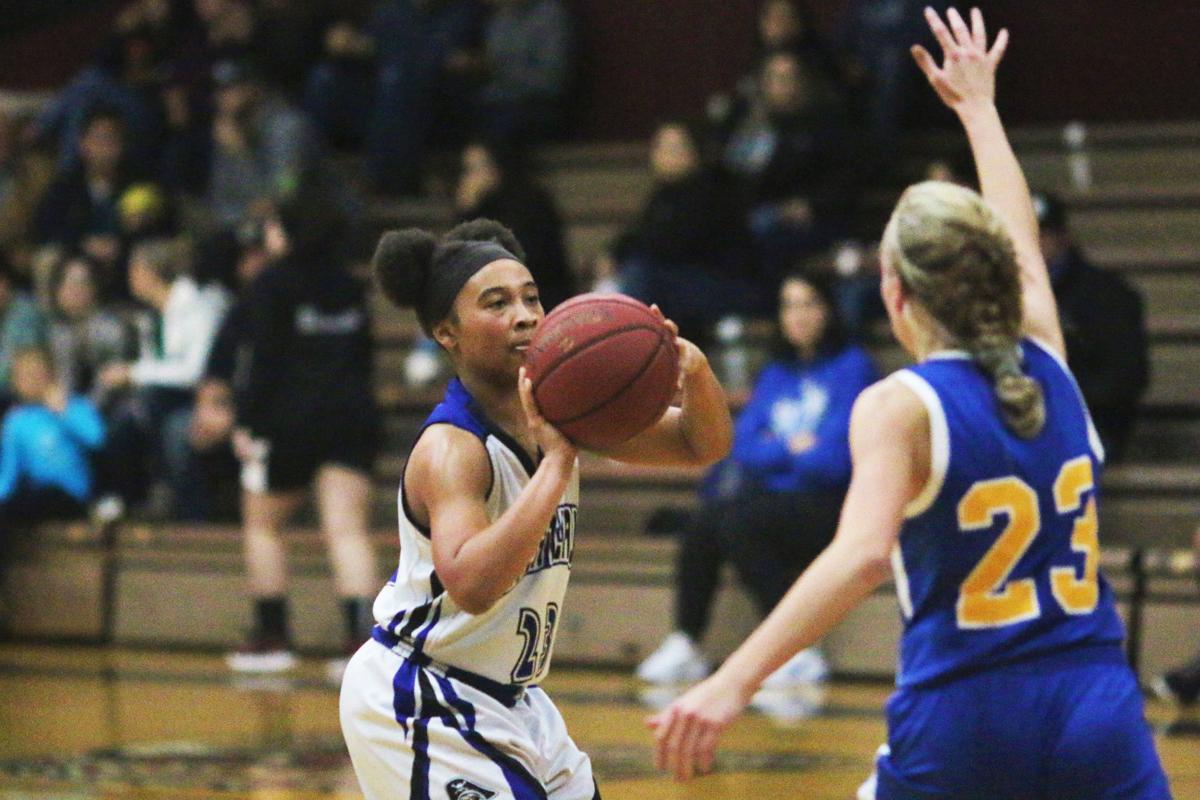 Wheatland’s Alexis Durham shoots over the defense of Pierce’s Sierra Murphy.  Durham had 18 points in the Pirates’ first round win in the Colusa’s Jim Ernst Classic on Dec. 5. 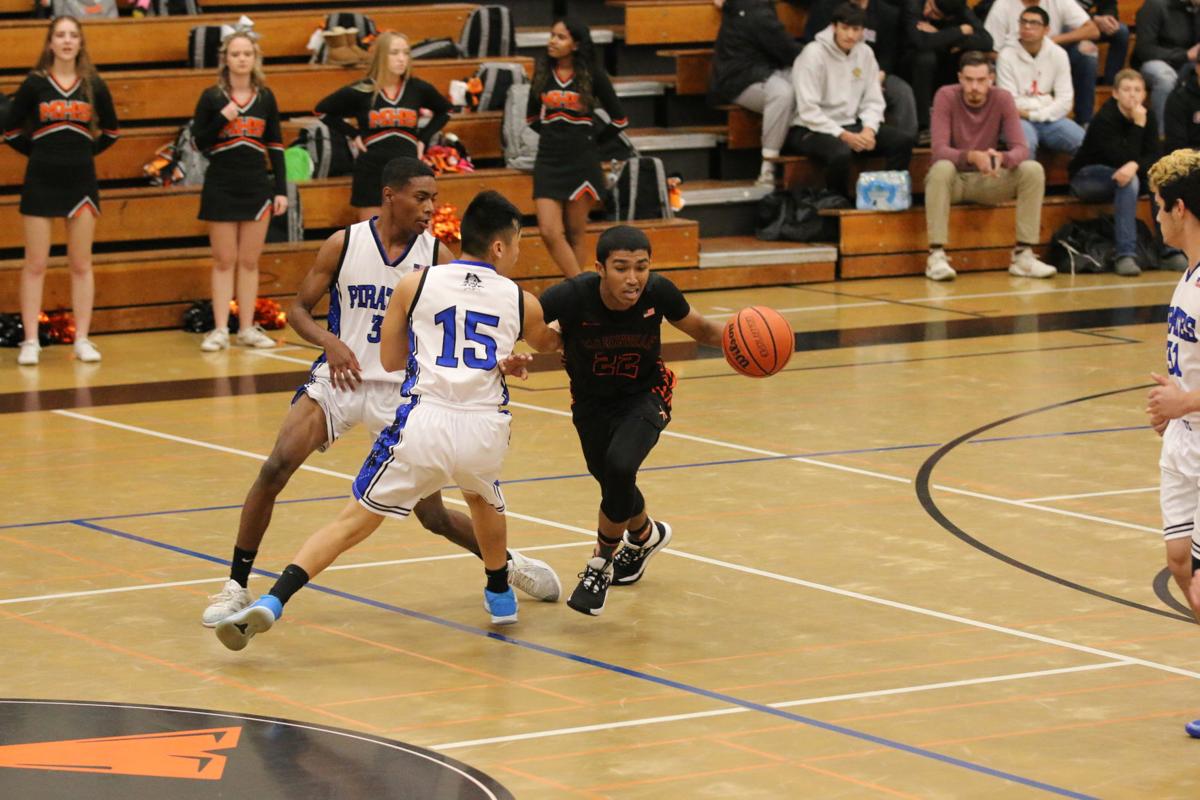 Marysville’s Jagir Johal (22) dribbles down the court, guarded by Wheatland’s Josh Saechao (15) during a game at Marysville High on Friday night.

Wheatland’s Alexis Durham shoots over the defense of Pierce’s Sierra Murphy.  Durham had 18 points in the Pirates’ first round win in the Colusa’s Jim Ernst Classic on Dec. 5.

Marysville’s Jagir Johal (22) dribbles down the court, guarded by Wheatland’s Josh Saechao (15) during a game at Marysville High on Friday night.

The Wheatland girls basketball team finished its run in the Corning tournament on Saturday with a dominant victory over Los Molinos, 72-33.

The Pirates were led by Logan Garza with 21 points and Alexis Durham with 16 points. Kaiya Potter and Jada Flowers also contributed to the win, scoring eight points apiece.

The Lions’ girls basketball team won its fourth game of the season on Friday night, defeating John Adams by a 14-point margin.

Faith Christian was led by Audrey Harris with 18 points and Bri Brennan with nine points and nine rebounds. The Lions also saw notable performances from Avery and Kenzie Johns, who combined for 14 points. Maddie Savage recorded eight rebounds around the rim.

The Lady Spartans finished with a perfect record in the Chester tournament on Saturday, taking down Big Valley en route to three players being honored.

Both Brynn Lauppe and Hannah O’Connor were named to the all-tournament team, while Taylor Roccucci was named tournament MVP.

In Saturday’s contest, Roccucci led the scoring with nine points, while Remmington Hewitt and Lauppe each scored five points.

The Bulldogs fell in the championship game of the Oroville tournament on Saturday to Lincoln in what proved to be a back-and-forth game according to Gridley head coach Becca McCray.

“Both teams were exchanging points in the first half and then we made some tough turnovers and never could quite get back up on top,” McCray said.

Leading the Bulldogs was Haley Gustavsen with 15 points and Kennedy Tull with 10 points. Ally Mardesich also contributed with six points.

Gridley (5-5) will have some time off before hitting the hardwood again on Thursday in the Lincoln tournament against Union Mine.

East Nicolaus was led by Devin Fernandes with 12 points and Ashton York with 10 points. Kent Earhart also pitched in with nine points.

The Indians fell just shy of a host tournament championship on Saturday night, falling to Chico High by a tough 11-point margin.

“In the third and fourth quarter I think we just lost focus defensively and couldn’t manage to regroup,” head coach Stan Easter said. “That’s not to take away from Chico, they played great and were a very tough opponent for us,” he added.

Despite the loss, the Indians was led by Anthony Gonzales with 11 points and J.D. Brown with 10 points.

Marysville (8-4) will host Lincoln on Tuesday.