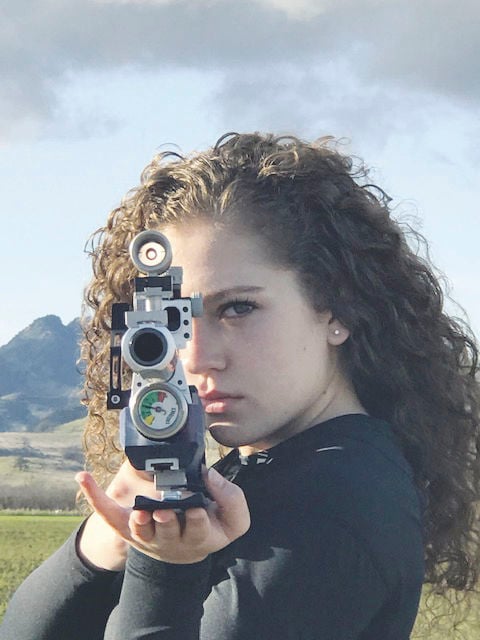 Madelynn Erickson is a state champion marksman out of Sutter. 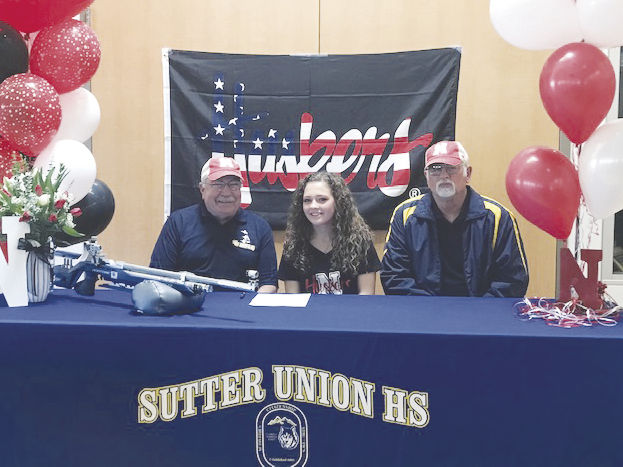 Sutter High senior Madelynn Erickson signed an academic and athletic scholarship to compete on the rifle team at Nebraska next year.

Madelynn Erickson is a state champion marksman out of Sutter.

Sutter High senior Madelynn Erickson signed an academic and athletic scholarship to compete on the rifle team at Nebraska next year.

Madelynn Erickson has been toying with guns since the sixth grade.

Erickson competes on a rifle team and has accomplished quite a bit since the tender age of 12-years-old.

The Junior Olympics was the first big match that Erickson, a Sutter High senior, competed in. Since then, she’s captured a pair of state championships in air rifle and indoor 4-position smallbore; earned 2019 Eley High School All-American status; and was a four-time competitor in the national Junior Olympics.

Last week, Erickson converted her accomplishments into an academic and athletic scholarship to the University of Nebraska.

Starting in August she will compete for a Cornhusker rifle team, which is coming off a fourth place finish in its conference championships before all sports came to a temporary stoppage due to the global coronavirus pandemic.

Erickson said while concerns surrounding coronavirus are scary, she is excited for her next venture in life.

“Nebraska felt like home to me; very welcoming,” Erickson said. “It will definitely be exciting to be part of that and all the hard-working athletes that I will be around.”

In addition to Nebraska, Erickson received offers from Ohio State, and was recruited by Texas Christian, Mississippi, West Virginia, North Carolina State, and the University of Memphis.

She said Nebraska got the final nod, because everything felt like home and very secure.

Her first team was also very family-oriented as Erickson began her rifle career on the Sutter 4-H team in sixth grade where she learned the ropes of being a marksman.

As Erickson transitioned to high school she dropped her other commitments, knowing that shooting is what she wanted to focus her time on.

“Shooting was what I wanted to do,” she said.

Now she’s on the brink of taking it to the NCAA’s biggest stage, competing for the D-I Cornhuskers. Erickson said the coaching staff is awesome and extremely trust-worthy.

“It gave me a clearer picture of what I will be getting myself into,” Erickson said. “Where I am going it will be like a family, so I think I will adjust.”

Erickson is planning to major in biological sciences at Nebraska.