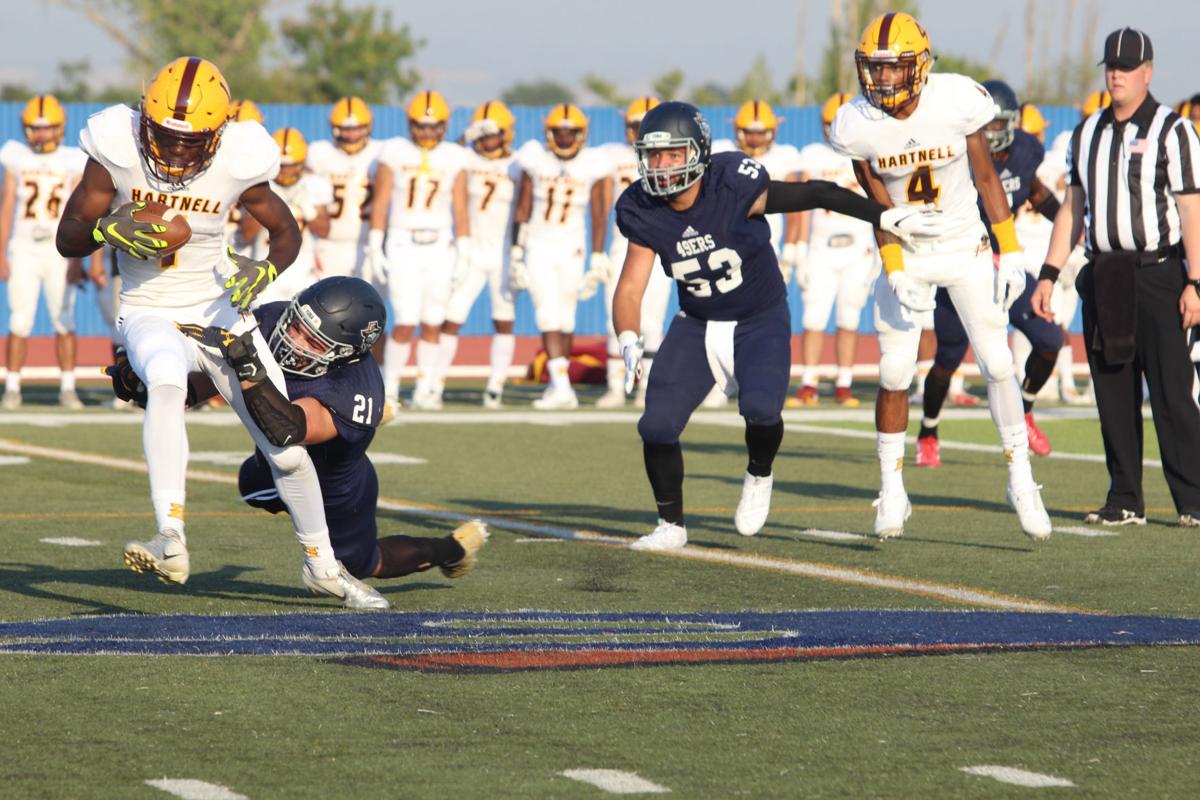 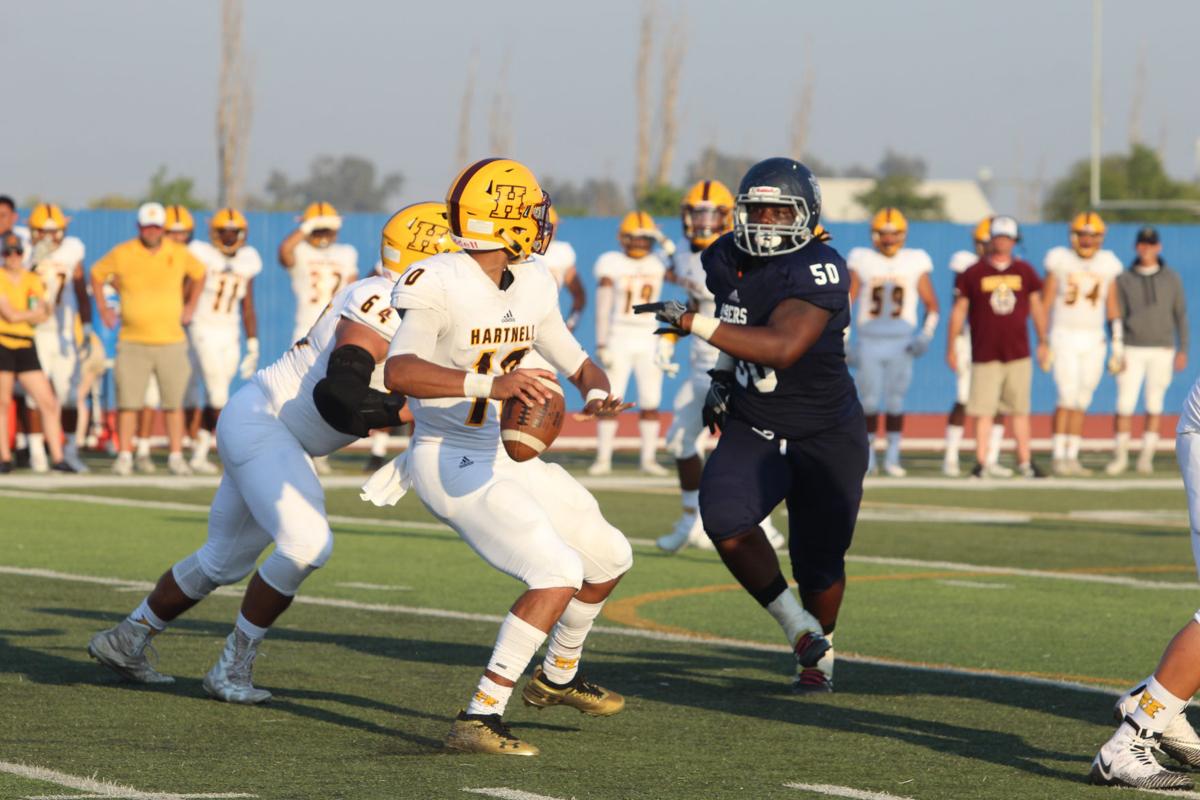 Mick Pettengill has held leadership roles in the government.

On top of that, the new Yuba College football head coach and his family love being a part of the Yuba-Sutter area. Now he and the 49ers are ready for his new role that started on Saturday against the Hartnell College football squad in Salinas.

Pettengill, who teaches weight training classes at Yuba College, was the offensive coordinator for the 2018 Yuba College squad that finished second place in the Pacific 7 Conference and won the Living Breath Bowl championship. He has worked in the college’s football program for a combined eight years.

Pettengill takes over for Ted Hoal, who retired as the 49ers’ head coach after 24 seasons. On the high school level, Pettengill has been the head coach at Rio Linda, Las Plumas and Delta. He’s been coaching football – college and high school – for a combined 16 years. He was born and raised in the Sacramento area and is a Mira Loma High graduate and played football there and Washburn University in Topeka, Kan.

Entering Saturday’s game against Reedley College, the 49ers’ offense is pretty similar to what they ran in 2018, which is the spread formation.

“One thing that Ted and I talked about when I came back was I wanted to be more aggressive on offense,” Pettengill said.

During the 2018 season, Pettengill wanted the 49ers to establish long drives on offense. That paid off well for Yuba College, which finished with an 8-3 record and averaged nearly 40 points per game.

“When I came back, I just told (returning and new players) I want to be a lot more aggressive,” Pettengill said. “That’s sort of the mentality I have for them; a super-fast tempo.”

The passing game is based on the air raid system; a series of short passes coming out of the spread formation. The 49ers’ ground game can have a lot of power and counter plays mixed into the offense.

“It’s kind of a mixture of the two,” Pettengill said. “When you look at us last year, we started off throwing the ball like crazy.  Then we started to run a lot more. I just tell my guys ‘I’m going to call whatever it takes to win the game.’”

Quarterback Mason Whitfield, a freshman out of Las Plumas, was projected to start in Saturday’s game for the 49ers. Patel Vashisth, a sophomore, is back this season.

Desmond Samples was the 49ers’ starting quarterback in 2018. But he injured his shoulder in Yuba College’s bowl game, had surgery and decided not to return this season.

In the backfield, Dwayne Yiggins will be the 49ers’ starting tailback. Yiggins, a sophomore, played on the 2017 Yuba College football squad but sat out last year.

“I got a lot of schools calling on him,” said Pettengill of Atu, referring to four-year colleges. “He’s really young. He’s been in the weight room. He’s got a lot of upside.”

“He destroyed some people,” said Pettengill of Siavao on playing in 2018.

The rest of the offensive linemen, Pettengill, along with his two returning players, need to learn the center, guard and tackle spots if they are looking for playing time.

“I try to keep my guys to get them to learn every position,” Pettengill said. “My left tackle can play guard, play center, can play the other guard. Our saying is ‘every man up.’”

Daniel Davis (5’11 and 185) is one of the 49ers’ wide receivers is back this season. There are 10 other receivers on the roster who are looking for playing time on the field.

“Daniel has been working out really hard,” said Pettengill of Davis. “He’s gotten a lot faster than last year.”

On defense, Yuba College will run a Bears defense that can put pressure on opponents’ backfields and quarterbacks.

“We’re going to be bringing five and playing a lot of man,” Pettengill said.

Defensive end Dylan Quinn, a sophomore from Lincoln, is back. The 6’1 and 240-pound Quinn also made all-league last fall. Defensive end/linebacker Rodney Melton (6’1 and 210), who played on the 2017 Sierra College football team but sat out last year, is another starter for the 49ers.

Another linebacker for the 49ers is Jack Boatman, also from Lincoln. Scott Sanchez (6’2 and 230) will play one of the tackle spots. Boatman is also a sophomore. Conner Harrick, from Colusa, will also play in the secondary.

In the secondary, Steve Massaquoi and Charles Farmer are back at defensive back and safety.

On special teams, Davis will handle the punting chores and Marcus Topete, from Live Oak, takes on the point-after-touchdowns/field goals.

From 1992 until 2000, Pettengill served an officer in the United States Army. Before he joined the military, he graduated from Sacramento State University. One of the benefits to serving as an enlisted officer in the military is dealing with stress that he’s teaching to his Yuba College football players.

“We talked about dealing with stress, and how the fatigue that you feel maybe because you’re not in shape,” Pettengill said. “You try to simulate that in practice that they may face in a game.”

Another item Pettengill said he talked with his players about who is ready to step up and be one of the leaders on this year’s 49ers squad. He’d like to see some of the returning players step up in leading on offense or defense.

“As I was told in the military: Influencing others and do things that they don’t want to do,” Pettengill said. “How do you influence them; that is how you’ve got to find out.”

Pettengill and his family have lived in the Yuba-Sutter area for the last 17 years. So he’s familiar with the football talent pool in the area as well as outside of the region and California. He hopes Yuba College football fans are pumped for this season. In particular for this Saturday’s home game against Reedley College.

“I’ve raised three children here and absolutely love this community,” Pettengill said. “My wife’s family is from here and she always considered this home.