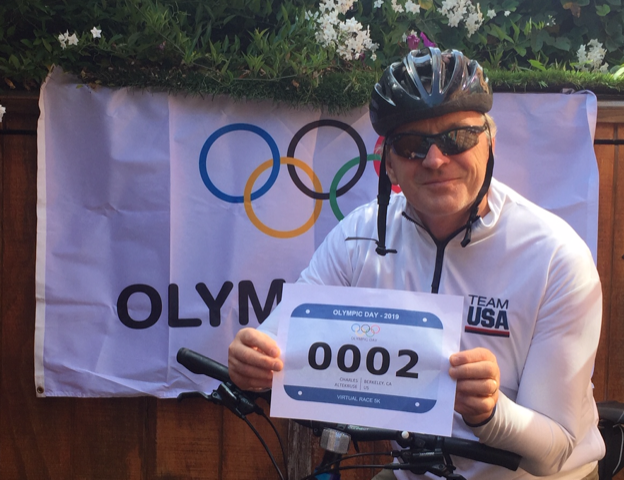 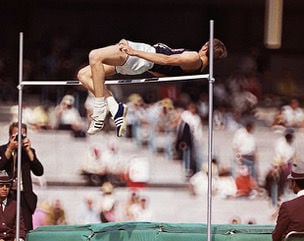 Dick Fosbury participates in the high jump before winning the gold medal at the 1968 Olympics in Mexico. 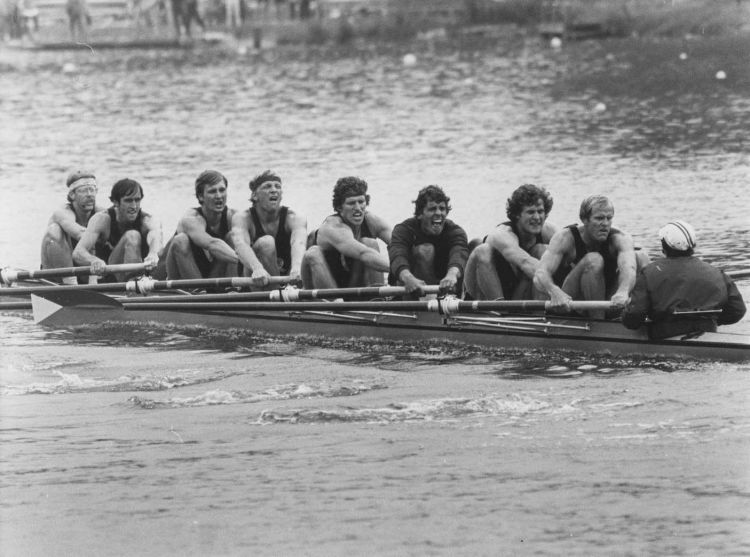 Charles Altekruse, fourth from the left, as a member of the 1980 United State Olympic rowing team in Amsterdam.

Dick Fosbury participates in the high jump before winning the gold medal at the 1968 Olympics in Mexico.

Charles Altekruse, fourth from the left, as a member of the 1980 United State Olympic rowing team in Amsterdam.

Editor’s Note: Olympic Day was created in 1948 by the International Olympic Committee to commemorate the birth of the modern Olympic Games on June 23, 1894.

After a rather dramatic career as an Olympic rower, Berkley native Charles Altekruse decided he wanted to create a race for people to compete alongside their favorite Olympian & Paralympian heroes anywhere at anytime. Thus, the inaugural Olympic Day Virtual Race was born.

The race is free to all participants in hopes that awareness can be brought worldwide for good health and sportsmanship.

“The most important thing in the Olympic Games is not to win, but to take part, just as the essential thing in life is not to conquer but to compete well,” Altekruse said.

The Harvard graduate isn’t alone in his efforts as his longtime friend and now president of the United States Olympian and Paralympian Association, Dick Fosbury has his back.

“We wanted to build awareness of and support for Olympic Day, an annual celebration of Olympic values and ideals,” said Fosbury, the 1968 Olympic Gold medal winner in high jump. “What better way to do that than by inviting everyone to participate together with Olympians and Paralympians from across the nation and maybe even the world?”

Altekruse’s Olympic career may not have been the fairy tale story that most hope for as he had multiple obstacles standing in his way along the journey. After competing on the Harvard rowing team in college and winning multiple championships, he qualified for the Olympic team and had his sights set on the 1980 Olympic games in Moscow. History had other plans.

After  President Jimmy Carter and the United States boycotted the Moscow Olympics, Altekruse would try again in the 1984 Olympics in Los Angeles.

“The storyline was set, I was in my home state, I had worked so hard to be compete that summer. And then all of a sudden the wheels just came off,” Altekruse said.

With less than a week away from the start of the competition, the star rower came down with bronchitis and couldn’t compete.

It would have been a vulnerable time for any athlete to hang ’em up or retire and start a new chapter. But not Altekruse, he wasn’t going to let two things he couldn’t control stop him from participating in a sport he loves.

“I told myself, it’s not going to be easy, but when the next Olympics come around. I want to be there,” he said.

Sure enough, at the 1988 Olympics games in South Korea, he made it. There wasn’t a sickness or any politics there to stop him. Just him, his teammates, and their will to compete.

“I’ll never forget the feeling of walking into the opening ceremonies. I still get goose bumps to this day just talking about it. It’s something I wish everyone could experience,” he said.

After Korea, it was a little tedious for the Olympic rower to start a new chapter of life, working a day job. After some time away from the Olympic scene he knew he wanted to still feel like he belonged.

“The U.S. Olympic alumni association is a very tight family. We’re always reaching out to each other, checking on one another and I think it’s because we’re so different from your regular pro athlete,” Atlekruse said. “I think that’s what really inspired me to reach out to Dick (Fosbury) and get this virtual race organized.”

Olympic Day Virtual Race participants can sign up online (www.OlympicDayVirtualRace.org) and dedicate a 3-mile/5K run, walk, roll (wheelchair), swim, row, or bike at the place, pace, and time of their choosing. Everyone who completes the race by the end of June receives an official race e-Bib upon registration and a certificate of completion at the conclusion of the race from IOC and USOPC officials.