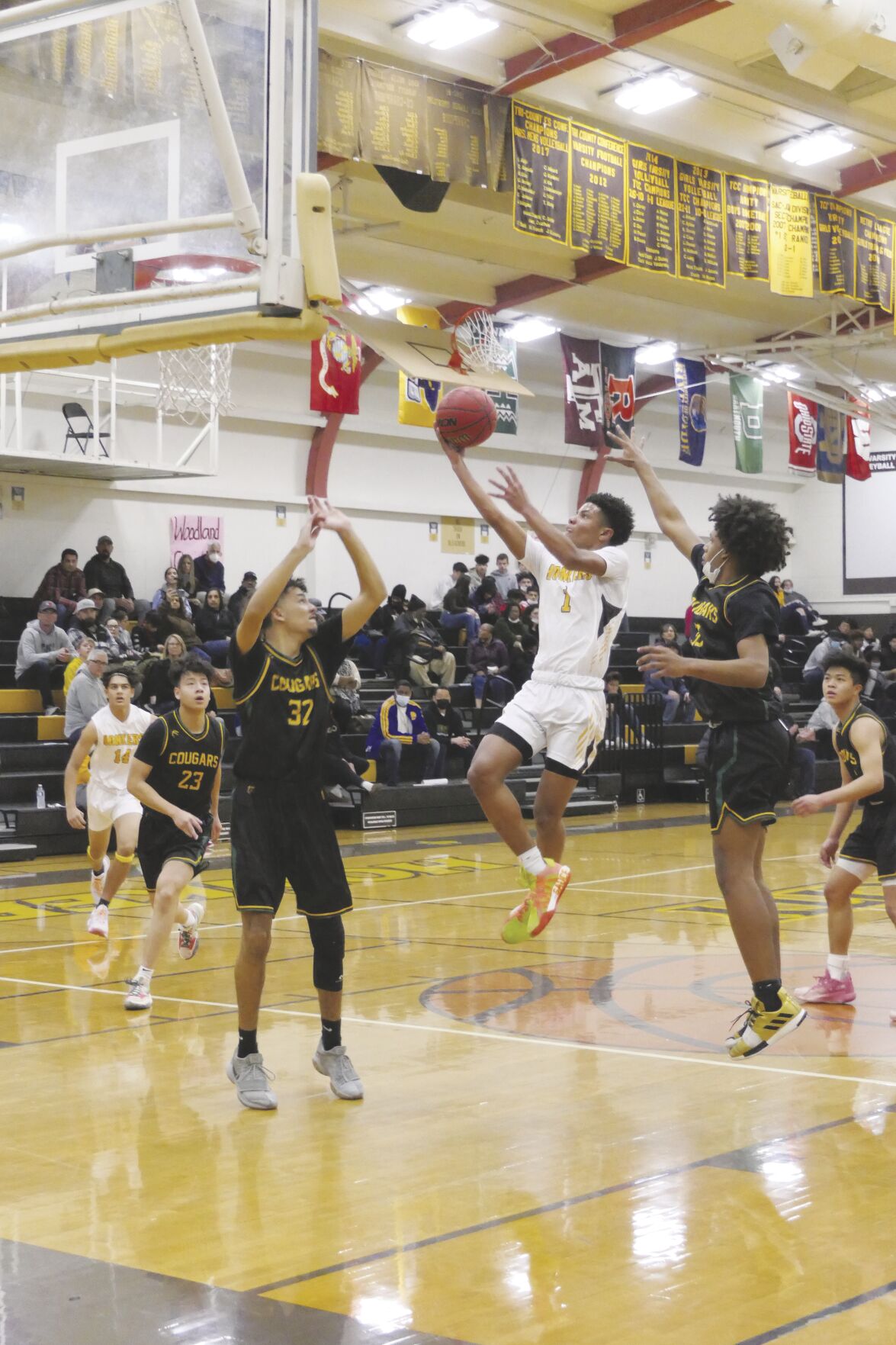 Yuba City’s Ke’on Walker (1) attempts a jumper in the key for the Honkers in 2021. RV and YC are scheduled to meet for the first time tonight at River Valley beginning at 7 p.m. 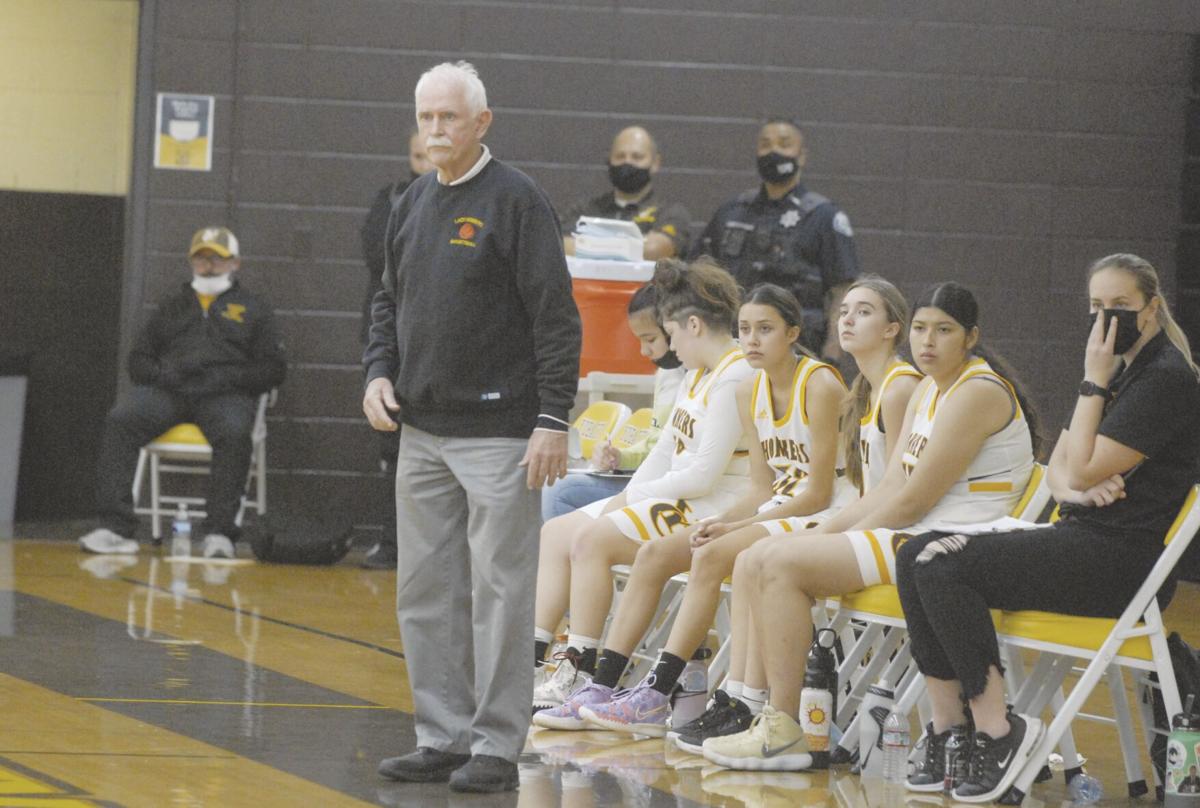 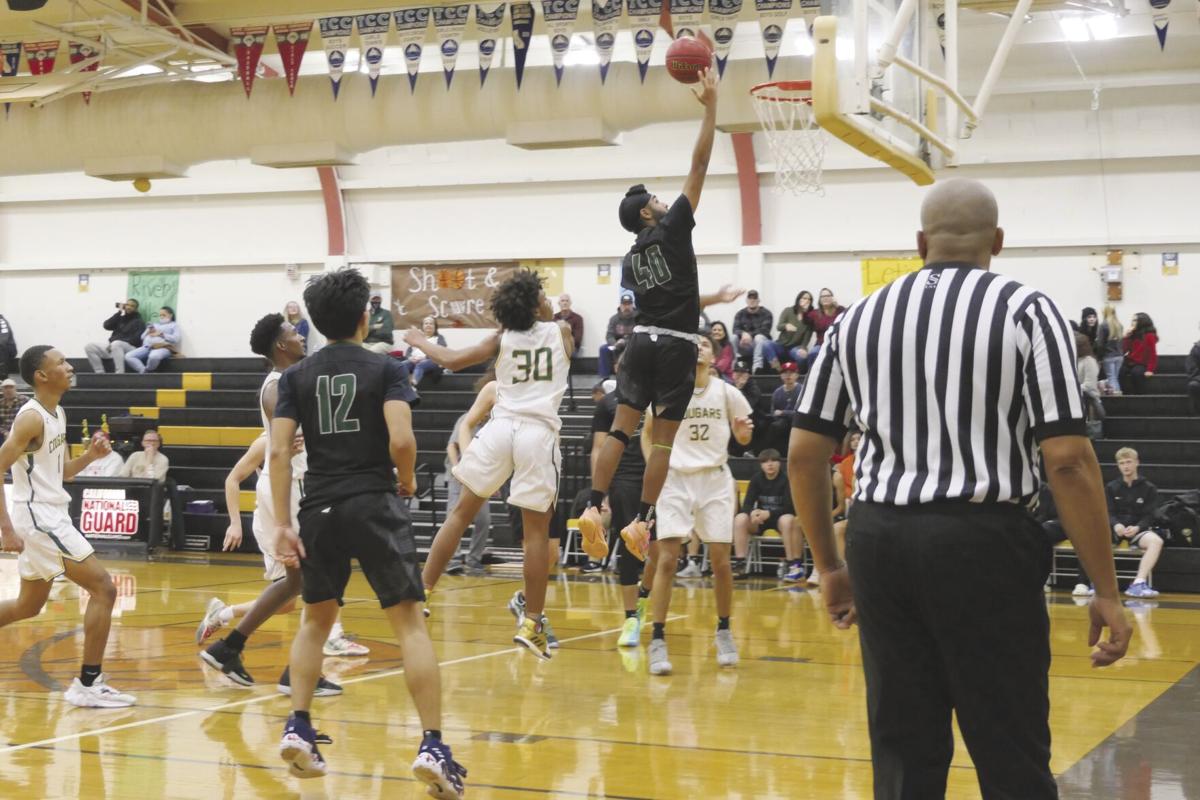 Yuba City’s Ke’on Walker (1) attempts a jumper in the key for the Honkers in 2021. RV and YC are scheduled to meet for the first time tonight at River Valley beginning at 7 p.m.

Rivalries are a big part of sports, especially in small towns, but thanks to the ongoing COVID-19 pandemic, winter prep sports in the mid-valley lost an opportunity to compete in town rivalries across the region last season.

The rivalries resume on the court tonight (Thursday) when the Yuba City High boys basketball team travels across town to play at River Valley in the first of two Capital Valley Conference matchups. Tipoff is scheduled for 7 p.m. at RV and is currently on schedule, according to RV Athletic Director Phil McCaulley.

COVID-19 testing is performed each Monday for levels of basketball, McCaulley said.

As of Wednesday morning the program is in the clear. However, masks will be required for all spectators and observers, he said.

“Expectations (are) to hopefully be healthy and injury-free,” Lowe said. “It’s nice to have some practice time in the gym to correct our mistakes.”

Even during a pandemic that has resulted in multiple surges of cases and hospitalizations the past two years, Lowe said he is really looking forward to having the RV-YC rivalry back for the first time since Feb. 12, 2020.

RV has dropped the last three games to YC and is 4-6 against the Honkers in its last 10 matchups.

Lowe loves the energy and excitement that everyone brings to the gym when the two Yuba City teams come together.

“To have a rivalry basketball game back in our community is not only good for the schools but it’s great for our community,” Lowe said. “The favorite part is the intensity and focus both schools’ student-athletes will have in this game and the student cheering section for both schools – Falcon Freaks and the Brown Mob.”

YC will come in tonight 3-13 overall and 0-1 in CVC action following a 77-31 defeat at Antelope on Tuesday. The Honkers, coached by Keith Carlson, have won two out of their last four games over opponents following an 0-12 start to the year.

The second part of the city of Yuba City doubleheader is scheduled for Friday night when RV (0-12) travels down to B Street to take on the 9-3 Honkers in the first of two CVC matchups.

The game is set for 7 p.m. and is currently on schedule, according to YC Athletic Director Joel Seaman.

“There’s always a chance in these crazy times that something might be canceled, but I don’t see it happening this week,” Seaman said in a statement.

Seaman said facial coverings are required by everyone on Friday night.

RV, though winless this season under head coach Brad Anderson, holds an impressive win streak against its rival. The Falcons have won 22 straight games against YC dating back to 2010. The last matchup between the schools was Feb. 11, 2020 – a 39-33 win for RV.

“It’s going to be fun, I think it will be a close game,” Hicks said. “They have a six-footer that we don’t have … She’s tall and a good player.”

Hicks said to have the opportunity to play this game on a Friday night with fans in the stands is something that his team is not taking for granted.

Anderson feels that having the rivalry back on the schedule is one step closer to normalcy.

“Competition and friendly rivalry is always a lot of fun for the players and the fans,” Anderson said. “(I like) seeing all of the school spirit and the energy it brings to the games.”