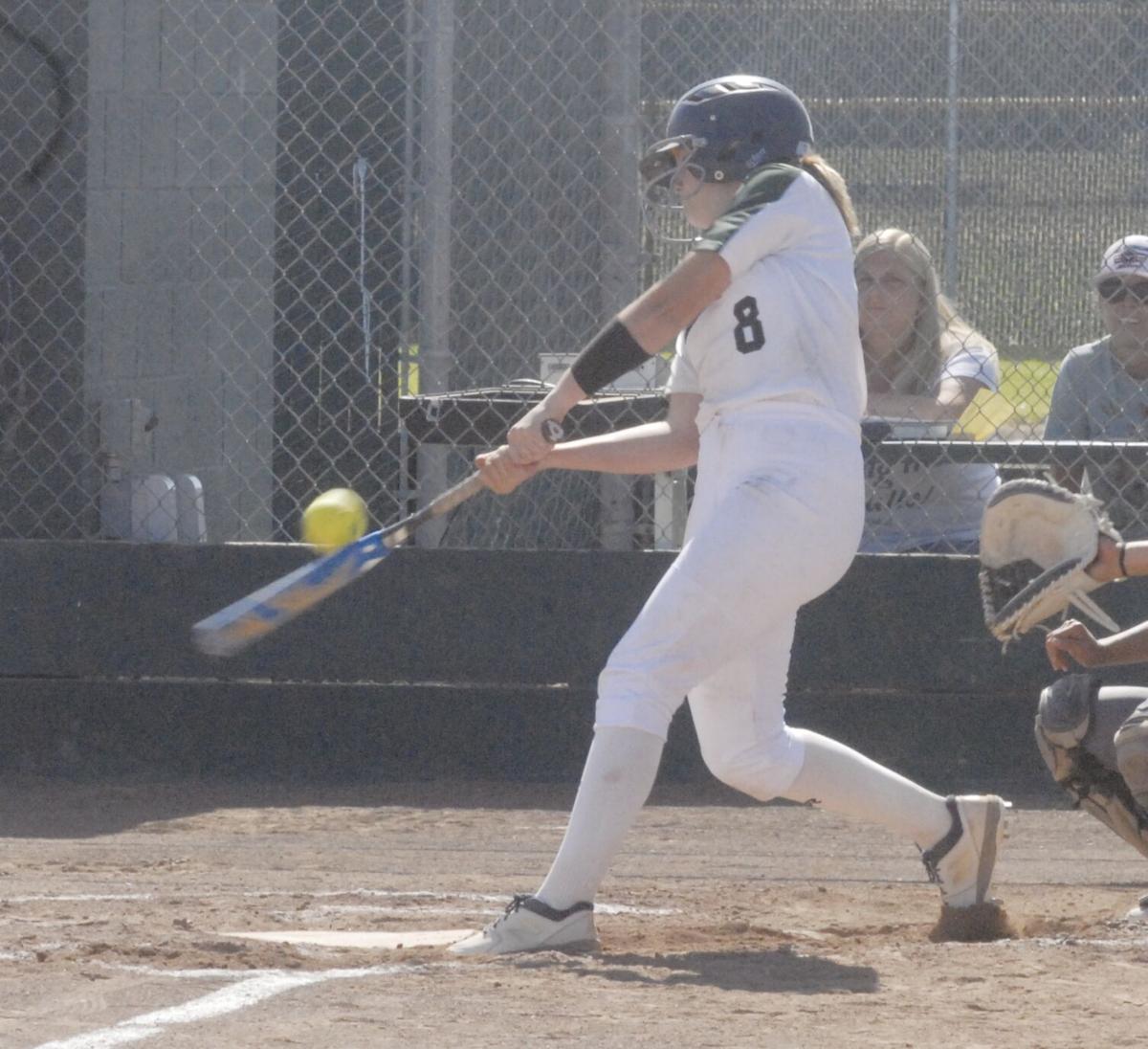 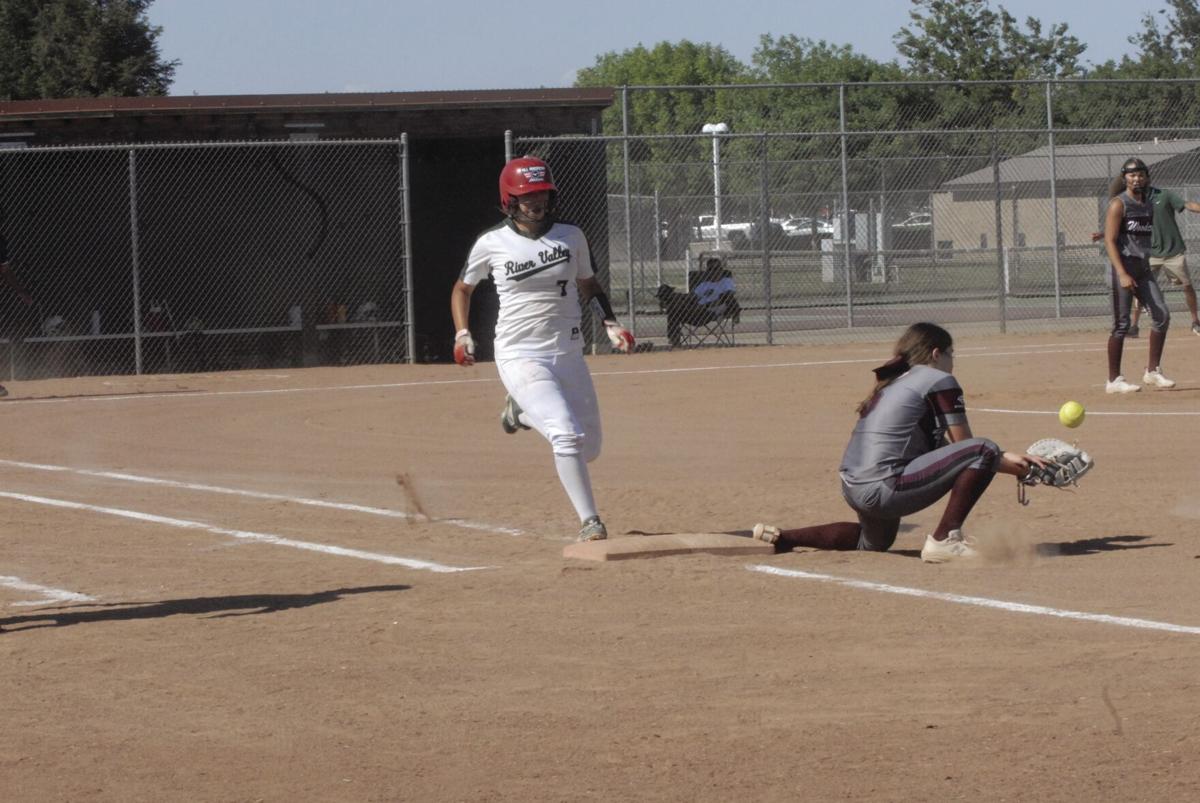 In front of its crowd for the final time this year, the River Valley High softball team faced a talented Woodcreek team led by a power arm in Maliyah Lawson.

The junior right-hander found her groove on Wednesday in the second inning, retiring 17 of the final 18 batters she faced to close out RV, 9-3, sweeping the season series between the schools.

Lawson went the distance in both match-ups with RV, coming away victorious each time.

RV coach Tom Almond said his team has had trouble stringing hits together all season.

That said he remains confident that his team can hit a talent like Lawson.

“They believe they can hit her, we just weren’t able to square her up (today),” Almond said.

RV (8-12), which ends its season Friday at Antelope, had success against Lawson early, when in the home half of the first inning, the team scored twice to tie the game at two after one. The first run came on a bases-loaded walk from Lawson to Harmony Balchus. Diana Hull followed with an infield single to plate Sam Flores.

Woodcreek (7-8) answered right back in the top of the second when Lawson delivered a lined shot over the center field fence for a three-run homer, extending the lead to 5-2. Morgan McMillan followed with a single, but would get stranded when RV junior pitcher Korrie Almond got the last two outs on a fly-out and strikeout to end the threat.

In RV’s half of the second, Abigail Shackelford delivered a one-out single and later scored on a passed ball to cut it to 5-3.

Samantha Hull legged out an infield single off Lawson. She’d remain at first after Hull and Taylin Pennington were retired in order to end the inning.

Lawson’s ability at the plate struck again in the fourth when the leadoff hitter blasted one off the left-field wall for an RBI double, scoring Shaun Szeto, who also doubled off Korrie Almond.

McMillan singled home Lawson to push Woodcreek out to a 7-3 lead.

Tom Almond said his daughter, Korrie did a good job against the Woodcreek lineup outside of a few location mistakes when she was ahead in the count.

He said too many of her 1-2 offerings were hitter-friendly.

“(Pitches that) caught too much of the plate,” coach Almond said.

Korrie Almond pitched a perfect fifth for the first time against Woodcreek to keep RV in the game trailing 7-3.

The only issue was Lawson was even stronger down the stretch. She allowed only Pennington to reach after the second inning, giving RV little-to-no-chance at the comeback.

Offensively, Shackelford and Hull were 1-3 with an RBI.

At the plate, Lawson notched her third of four hits in the top of the sixth, later scoring on a two-run triple from Kristyn Dodd to push it to 9-3.

Tom Almond said while it has been a tough year with six opt-outs for various reasons, he hopes to finish out the COVID-modified season on Friday at Antelope, a team still in search of its first victory in league.

Regardless of Friday’s outcome, coach Almond remains proud of the team for battling through a spring season under less than ideal circumstances.

“I’m proud of this year,” he said. “I’m proud of Korrie Almond for her excellent pitching all year. For Diana Hull’s excellent hitting and catching as well as Harmony Balchus for her all around hitting, catching and defense at first base. I am also very proud of our two freshman girls, Kaylee McCumber and Taylin Pennington for their ability to come up to the varsity level and compete.”

Sutter High baseball extended its win streak to eight games Wednesday with an 8-1 win on the road over East Nicolaus.

Sutter (16-7) got two hits each from Kyle Giovannoni and Leighton Tarke, and a couple runs batted off the bat of Joey Diaz.

Sutter looks for victory No. 9 in a row on the road Friday against Oroville. First pitch is 3 p.m.

Allyssa Williams pitched a complete game. She gave up five hits, walked one and struck out seven. Yuba City (13-7) will travel to Woodcreek on Friday for the Honkers last game of the season. First pitch is at 4 p.m.