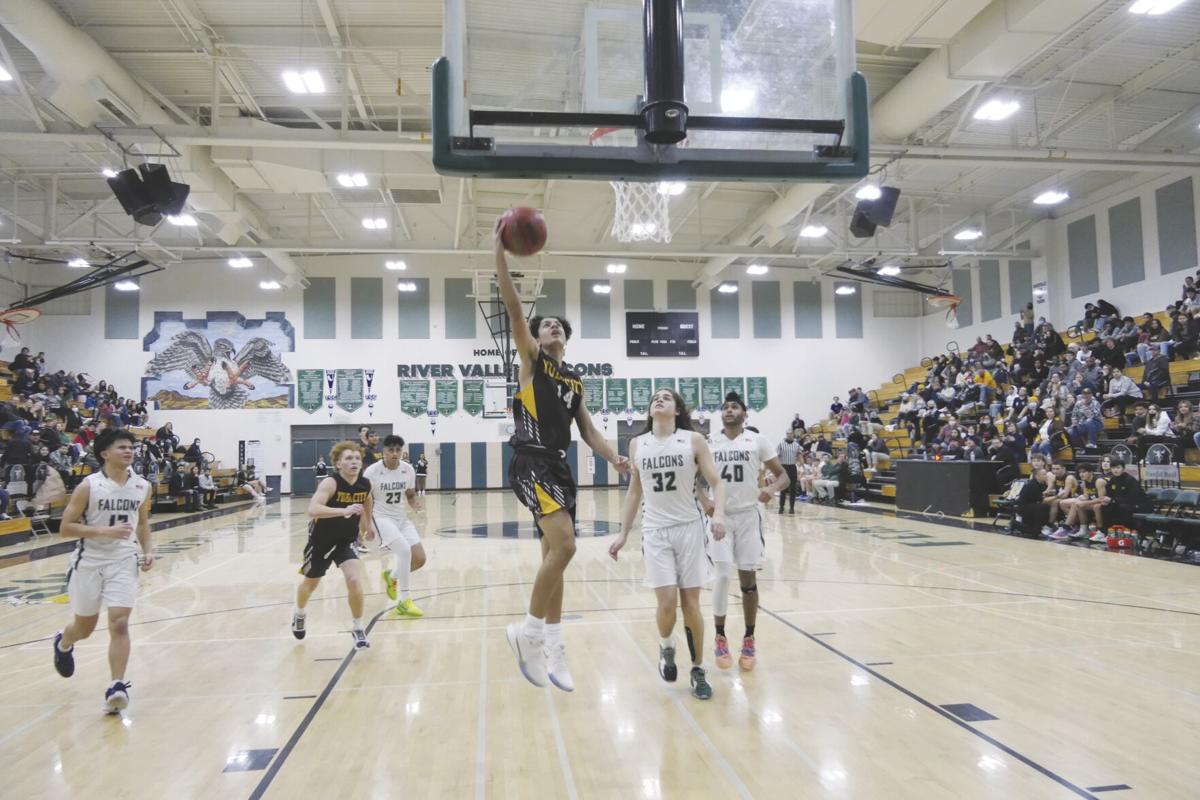 Yuba City High sophomore Dhiraj Atwal (14) takes off in transition Thursday at River Valley in the first of two league battles between the rivals. 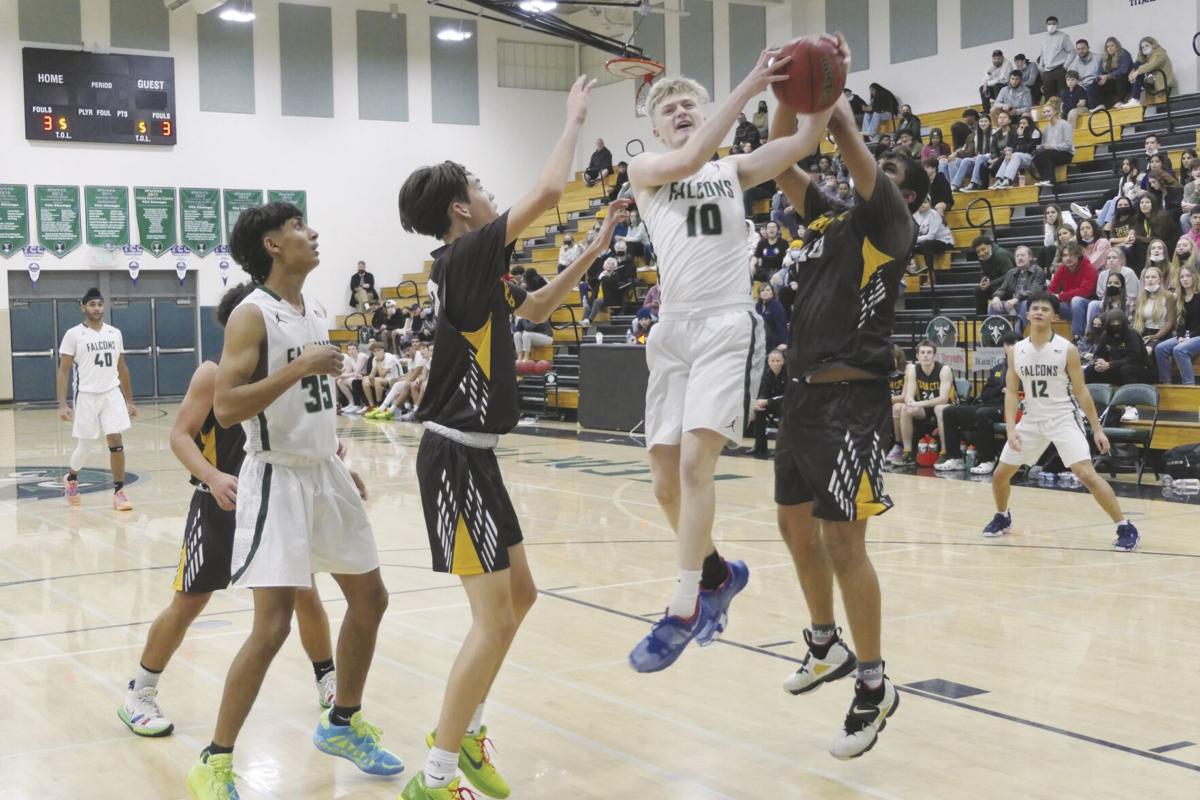 River Valley’s Luke Ratajczak (10) battles inside against two Yuba City players Thursday at River Valley in the first of two league battles between the rivals.

Yuba City High sophomore Dhiraj Atwal (14) takes off in transition Thursday at River Valley in the first of two league battles between the rivals.

River Valley’s Luke Ratajczak (10) battles inside against two Yuba City players Thursday at River Valley in the first of two league battles between the rivals.

A small-town indoor rivalry returned to Yuba-Sutter Thursday when both the Yuba City High and River Valley boys basketball teams packed Falcon arena for the first of a home-and-home series between the two schools.

RV head coach Brian Lowe’s bunch grabbed round one of the Yuba City rivalry despite a feverish second-half surge from Yuba City. RV held off the Honkers, 41-38, to get to 1-0 in Capital Valley Conference action and 8-9 overall.

The teams round out the series Jan. 28 at Yuba City.

“It was super nice to look out and see that many people that wanted to come and support these student athletes,” Lowe said. “It’s been a rough couple of years and it’s getting rougher with the new variant going around. Win or lose (if) we get the community to come it’s always a good thing.”

While he was proud of his team for holding strong at the end, even as YC trimmed a 13-point fourth-quarter deficit down to five in the final minute, Lowe was almost equally as pleased with the Honkers’ resilience down the stretch.

“They did what I would expect Yuba City to do regardless of what the score is,” Lowe said. “It’s zero-zero to them just like it will be when we go to their place.”

“That’s going to be on my mind for the next 17 days to be exact,” Grace said. “I know exactly when the (next) game is. I am going to lose sleep over that.”

Grace’s push beginning in the second quarter helped YC whittle down a once 10-0 deficit following the game’s opening minutes to 22-18 at the break.

Grace hit a trio of 3s in the second quarter to bring the Honkers back within reach of RV, which struggled all night offensively. Sophomore Dhirah Atwal added 12 points for YC to finish as the team’s second option.

The Falcons’ high-point man was Jacob Branum with nine points, while Patrick Laberdie and Gulbag Judge followed with eight apiece.

Judge was big down the stretch with a couple 3s to bring the lead back to double-digits in the fourth quarter.

Lowe said while he’s happy that RV was able to find a way in the closing minutes, he wants to see the Falcons get back to the game plan eventually.

“I’ll take the win but we’re still having issues with situational basketball,” he said. “What situational basketball (is) running (our offense) till we get what we want, not what they want to give us. We have a habit of doing that and so we’re working on it. I want to dictate in the post (because) we definitely have more size than they do.”

On the glass, Judge and Branum each pulled down 10 rebounds.