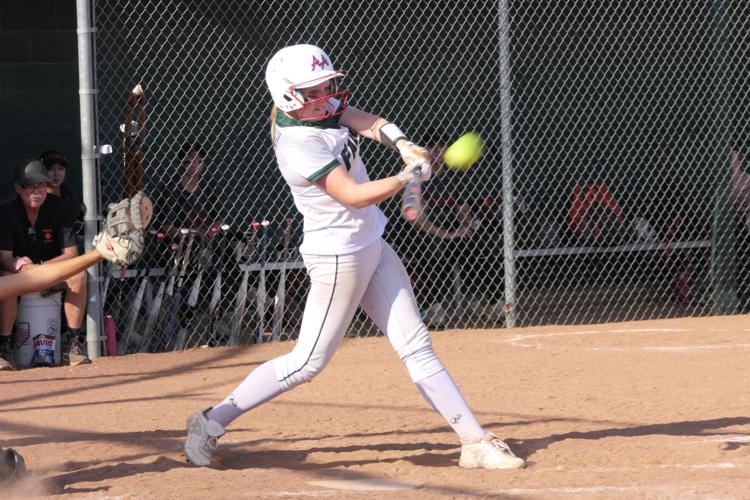 River Valley freshman Claudia Dudek lifts a home run to center in the fifth inning Friday at home against Roseville. 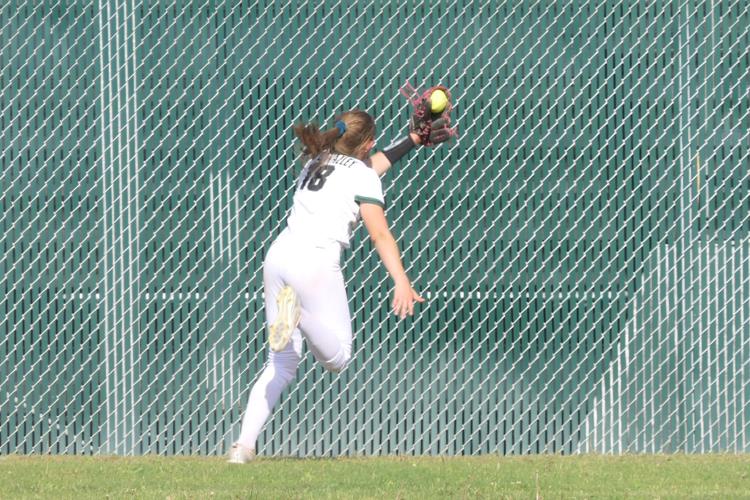 River Valley’s Abigail Shackelford reaches out to snag a ball in left field Friday against Roseville.

River Valley freshman Claudia Dudek lifts a home run to center in the fifth inning Friday at home against Roseville.

River Valley’s Abigail Shackelford reaches out to snag a ball in left field Friday against Roseville.

Tasked with facing the top team in the Capital Valley Conference and the 12th-best in the entire Sac-Joaquin Section, the River Valley High softball team felt the brunt of the stiff competition, en route to a 11-1 league loss at home to Roseville Friday in Yuba City.

Roseville (16-7, 8-1 CVC) swept the season series with RV (13-6-1, 5-2) and extended its lead on the second place Falcons by multiple games as CVC action moved to the second half of its season.

Already faced with trying to hit perhaps the best pitcher in the CVC, Malaya Johnson, who is bound for UC Santa Barbara next year, RV struggled in the field many times to help out the Tigers. In the top of the sixth, RV committed two infield errors, which aided Roseville to score two more runs and extend its lead to 9-1.

It’s an offensive output that came an inning after RV freshman Claudia Dudek lifted a first-pitch rise ball from Johnson over the fence in center for a solo home run.

The blast put the Falcons on the board and gave the hosts a much needed boost against Johnson and Tigers, the prohibitive favorite to repeat as champions of the CVC.

“(Johnson) likes to get ahead early in the count and the first couple innings that’s exactly what she was doing,” Almond said. “So our game plan was that ‘We got to go out and attack that first pitch.’”

Almond referenced Diana Hull, who had two doubles, and Abigail Shackelford as attacking the first pitch with base hits to the outfield off Johnson.

“We seem to have better luck when we do that,” Almond said.

Then Dudek blasted hers over the wall in center for just the 12th home run that Johnson has allowed in her four-year varsity career. Johnson went all seven and allowed one run on four hits while striking out 12 Falcons.

“We knew (Johnson) would be tough, but we got to play better defense,” Almond said.

“We got to get back at it Monday (because) we got Woodcreek and they are one game behind us,” Almond said. “The girls got to keep their head up and know that we’re 5-2 (in league). If you would have told me that we would be 5-2 at this point I am taking it.”