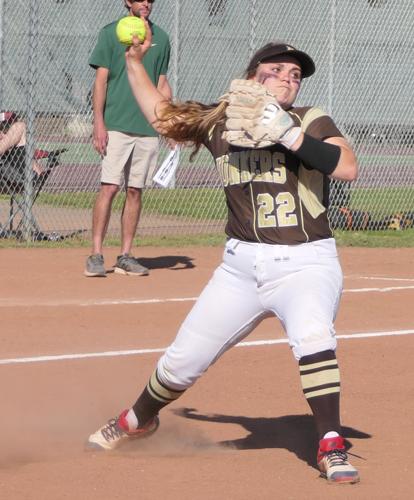 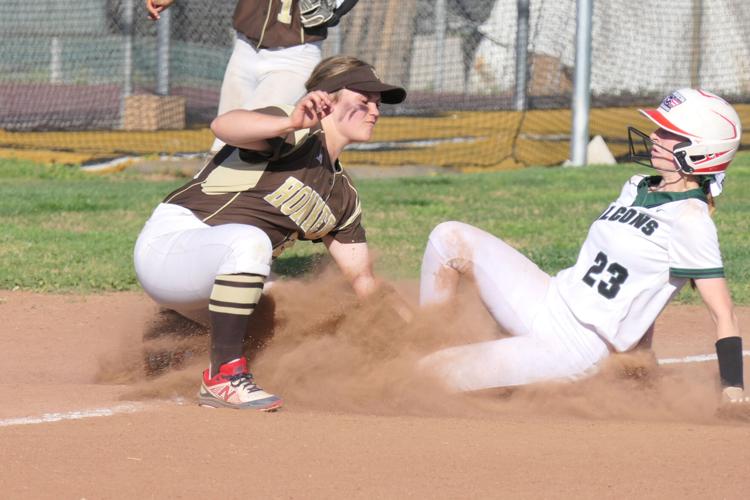 For the first time this season, the River Valley and Yuba City High softball teams met on the diamond to begin round one of Capital Valley Conference action Friday afternoon at RV.

Senior hurler Korrie Almond got the best of her counterpart, Allyssa Williams, a fellow senior and soon to be division II softball player at the next level. Almond fired a complete-game with nine strikeouts to only two walks, as RV grabbed round one over YC, 3-1.

Almond single-handedly stranded five YC (3-6-1, 1-1 CVC) runners on base by recording a strikeout for the final out in the fourth, fifth and sixth innings. In the fourth, the Honkers advanced runners to second and third on a sacrifice bunt by Drew McDonald. The ensuing hitter, Bella McCleary, struck out looking on an Almond offering, ending the threat and keeping RV (8-4-1, 1-0) ahead, 1-0.

The Falcons extended their lead to two runs in their half of the fourth inning, when Harmony Balchus reached on a single and advanced all the way to third on a stolen base and fielding error from YC. Balchus scored from third on a squeeze bunt off the bat of Natalie Buzzini, making it 2-0 Falcons.

Almond helped herself out in RV’s half of the fifth with a one-out triple. Diana Hull followed with a low line drive down the third-base line to chase home Almond and extend the lead to 3-0.

That was all Almond needed, with the 5-foot-7 right-hander ending another YC threat via the strikeout in the top of the sixth after she caught McCleary looking with a runner on first base.

Almond finished off YC for good in the seventh, enabling RV to strike first on its rival.

“She is our lion out there, she goes out and gives it her all and sometimes carries the team on her back,” RV coach Tom Almond said. “All the girls wanted this game because it is our rival.”