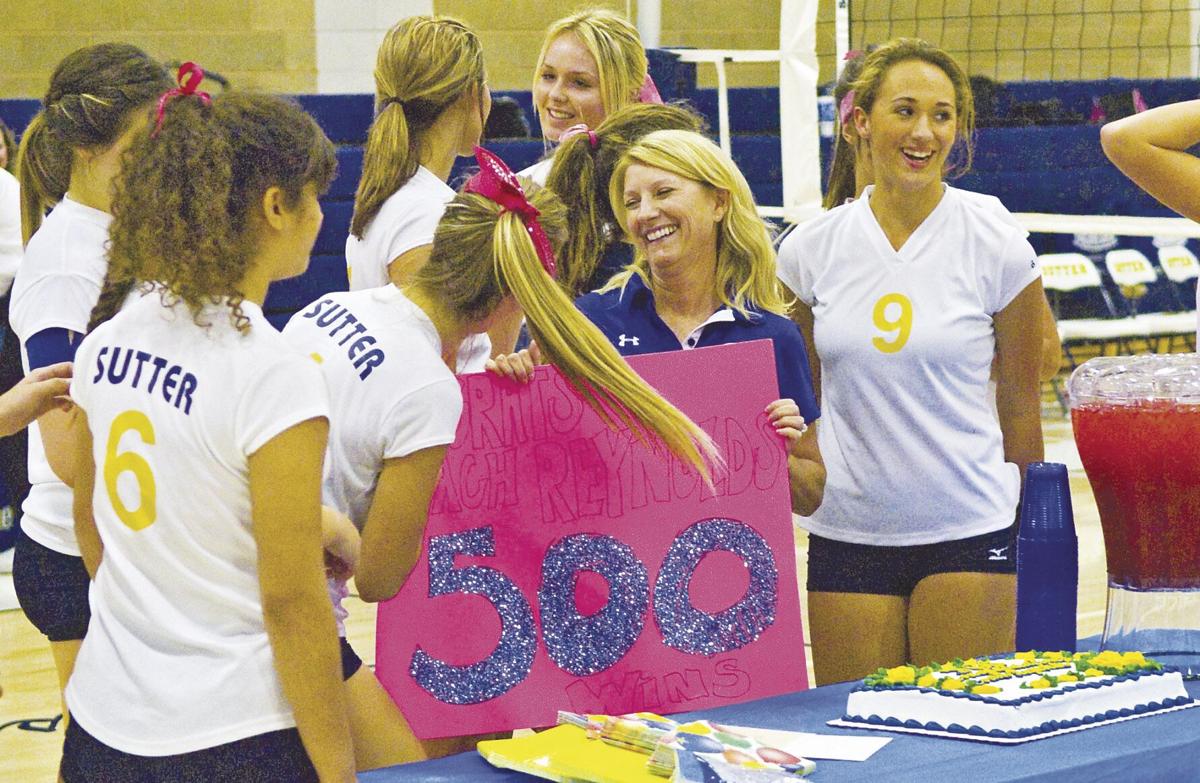 Sutter High volleyball players congratulate coach Ann Reynolds after the Huskies defeated Marysville in straight sets for Reynolds’ 500th career victory in the fall of 2014 at Reynolds Court in Sutter. 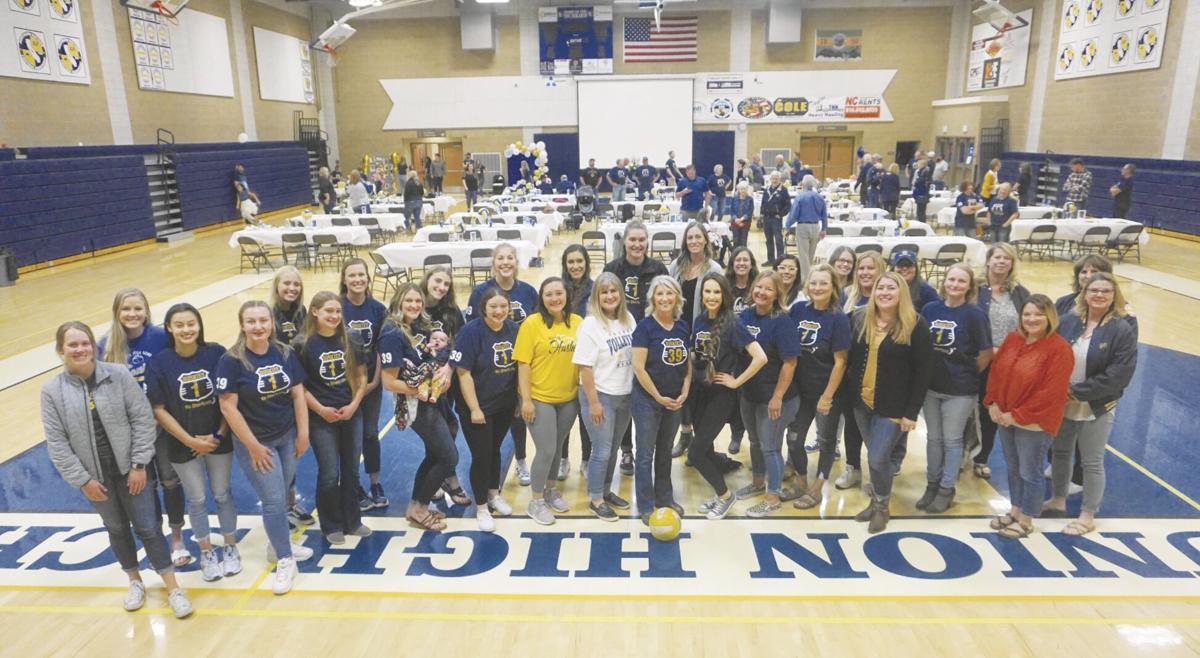 Sutter High volleyball players congratulate coach Ann Reynolds after the Huskies defeated Marysville in straight sets for Reynolds’ 500th career victory in the fall of 2014 at Reynolds Court in Sutter.

Sutter High girls volleyball coach Ann Reynolds’ plan moving forward was always to put down the ball at the end of the 2020-21 school year.

“This retirement was my plan,” Reynolds, 62, said.

She said the uncertainty of whether indoor sports, like volleyball, will return to normal in the fall did not play a role into the decision to retire following 39 years of coaching at Sutter High School.

“This was the game plan all along, COVID or no COVID,” Reynolds said.

Reynolds is leaving the Sutter girls volleyball program following a host of accomplishments. Some of the highlights include winning seven Northern Section titles, including a four-peat from 2005-2008, league titles every year from 1997-2019, eight Appeal-Democrat Coach of the Year honors since 1986 and the third most wins in section history (647).

“I just feel it’s time,” said Reynolds on the decision to retire. “The energy level you need for coaching a sport is a high one and I am getting to where I don’t know if I have that energy anymore. The game is starting to advance and I think that maybe we need a new set of eyes.”

The game has evolved a lot during Reynolds’ time at Sutter. Scoring rules changed, positions were added and the game’s speed really picked up over the last 39 years, she said.

“I didn’t like rally scoring (at first),” Reynolds said. “When you change things and are not used to it that’s not right.”

But now Reynolds is a proponent of rally scoring because it has quickened the pace of the match.

Another change was the implementation of the libero, which Reynolds said has improved how a coach can strategize and make changes to the lineup.

For Reynolds, her libero each year became not only the team’s best passer but someone willing to do the little things on defense.

“(Our libero) was the girl who would sacrifice her body to make the play,” she said. “There are some who will hit the floor and will have bruises for days.”

Reynolds’ offenses varied throughout the years, but overall she preferred the 6-2 set because it allowed for that extra hitter.

“I like that it gets you the three hitters all game,” she said.

Reynolds said another byproduct of a 6-2 is that players can learn a different skill-set – referencing the 2016 team that featured senior setters Gillian Tripp and Rabakkah McLaughlin.

Both went on to play in college, along with a number of other former Huskies under Reynolds.

Many of Reynolds’ past players and numerous coaches from other areas reconvened recently to celebrate her retirement.

Willows coach Carol Martin said it is bittersweet to watch one of her rivals call it a career. Over the years, Martin and Reynolds squared off many times during the regular and postseason. In fact, the two met in the last true postseason tournament right before the COVID-19 pandemic.

Willows got the best of Sutter in that match-up to advance. It was one of many matches between the two schools that invariably went back-and-forth all night.

Sutter graduate Gillian Tripp remembers a match with Willows her junior year in the 2016 playoffs that went five sets before Sutter pulled it out.

“It was neck-and-neck and back-and-forth … a hard game that we ended up winning,” Tripp said.

In tight matches, Tripp said Reynolds rarely screamed at her team because she knew that wasn’t the ideal way to motivate.

“She did a good job not yelling and screaming at players,” Tripp said. “She had a good way of nurturing us.”

A lot of times during timeouts, Tripp remembers Reynolds saying, “‘Just do your thing, figure it out.”

She was a great coach and an inspiration, Tripp said.

Martin said Reynolds will be missed.

“I am hoping that the person replacing her can step in because Ann left some big shoes to fill,” Martin said.