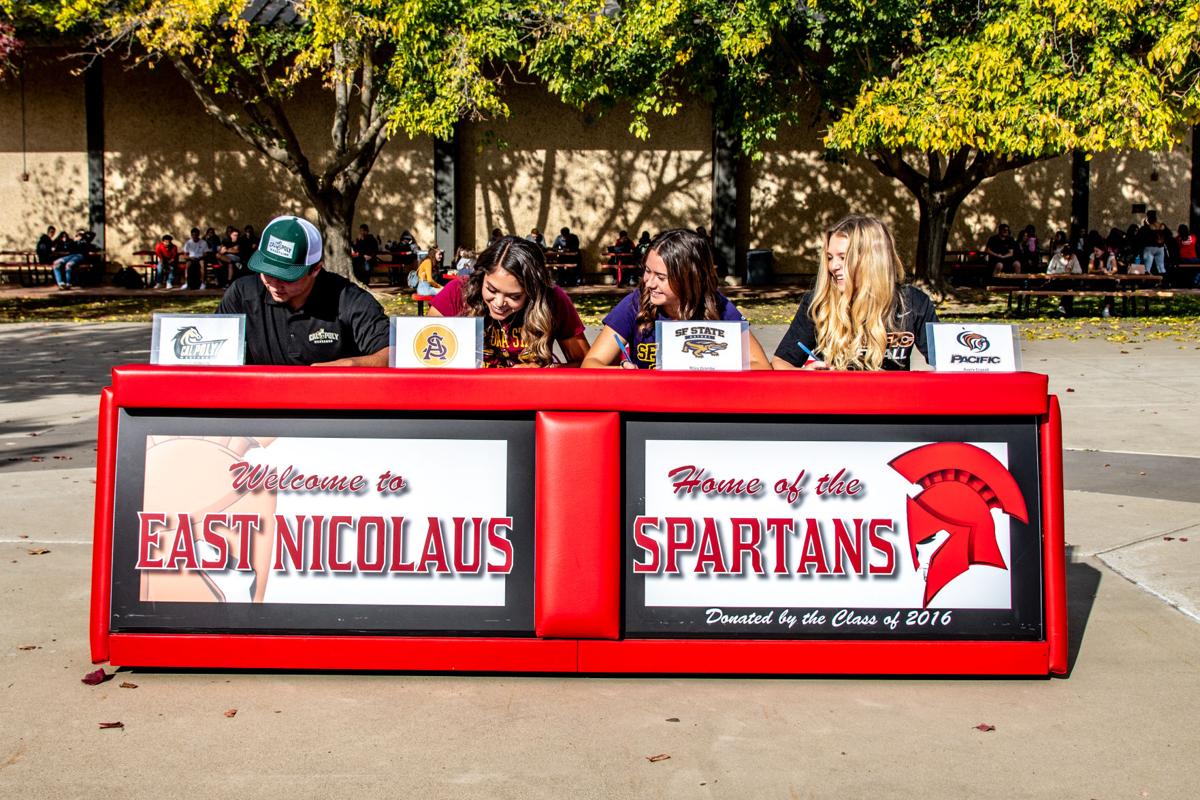 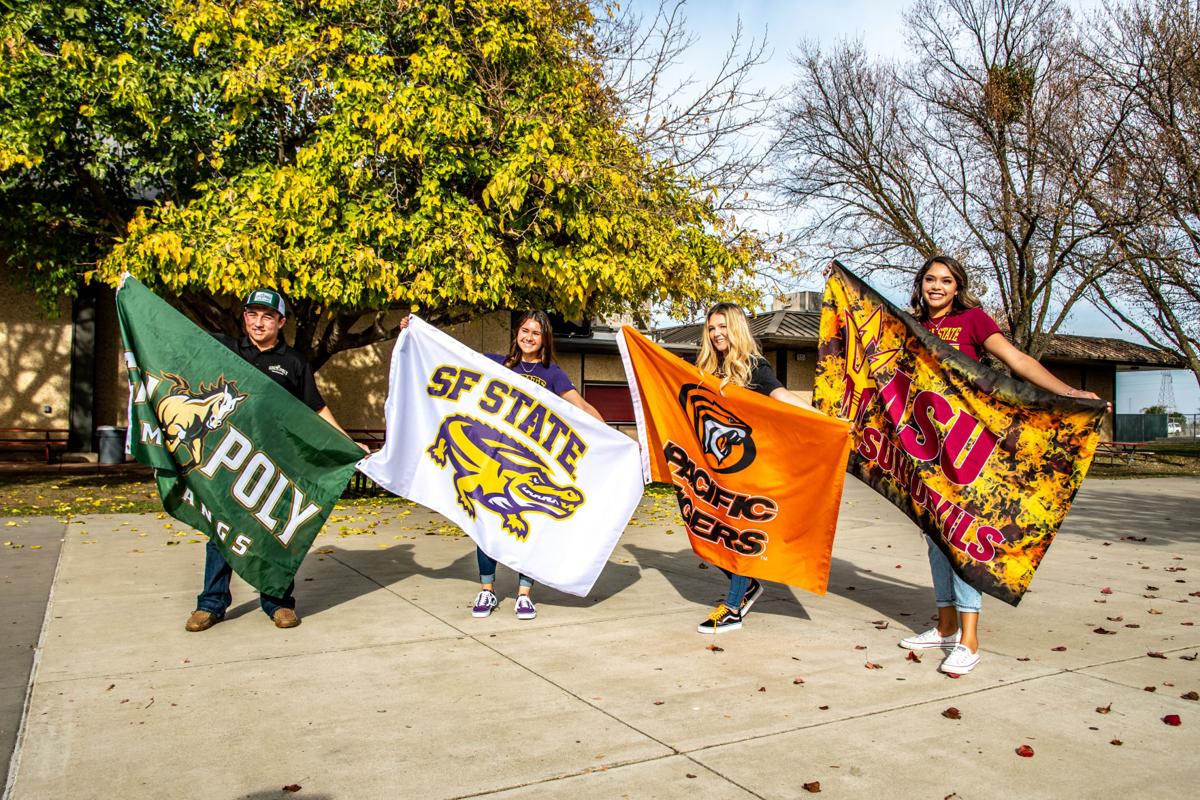 The early signing period usually lets schools showcase one or two athletes and their commitment to play at the next level.

However, at East Nicoluas High School on Wednesday there were four Spartans who signed.

“For a small school like us, just having one athlete sign is great, but four? That’s very rare and super special to us,” East Nicolaus athletic director Neil Stinson said.

While some may know Stinson on the gridiron, he’s actually an outstanding wrestler. The three-time state qualifier and two-time state placer signed to wrestle for Cal Poly State University in the fall of 2020.

It’s hard to know where to begin when it comes to accolades for Price.

The future Arizona State Sun Devil shortstop collected Northern Section first team honors in 2018 and 2019 to go along with her 41 career hits and .609 career on-base percentage.

Price will join an Arizona State softball team that finished 35-20 in 2019.

After a selection to the Northern Section first team in 2019, Grigsby will be taking her talents just south to San Francisco State.

Throughout East Nicolaus’ success in softball one thing has remained true: It’s hard to score a run when Croxall is in the circle.

Through her career Croxall holds a 0.92 ERA and 196 strikeouts.

The talented pitcher will take her skills to the University of Pacific.