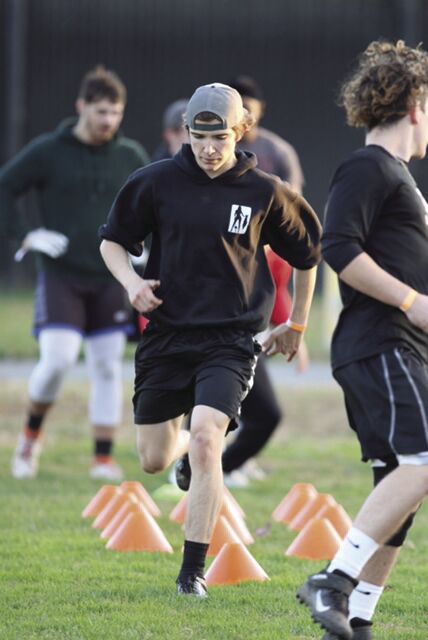 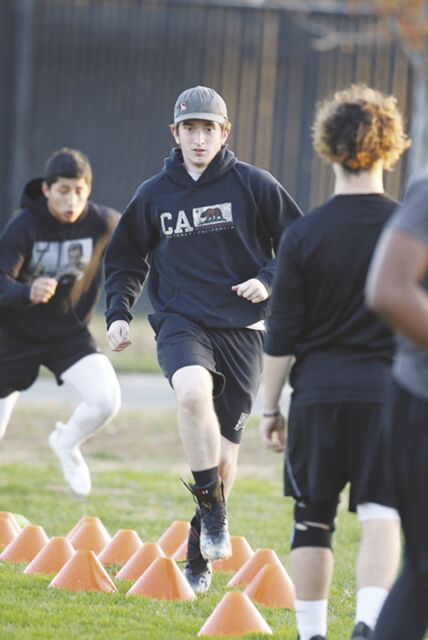 Xander Perin of Marysville during a recent conditioning drill. Official practices across the board have been delayed until after the New Year due to the latest spike in coronavirus cases. 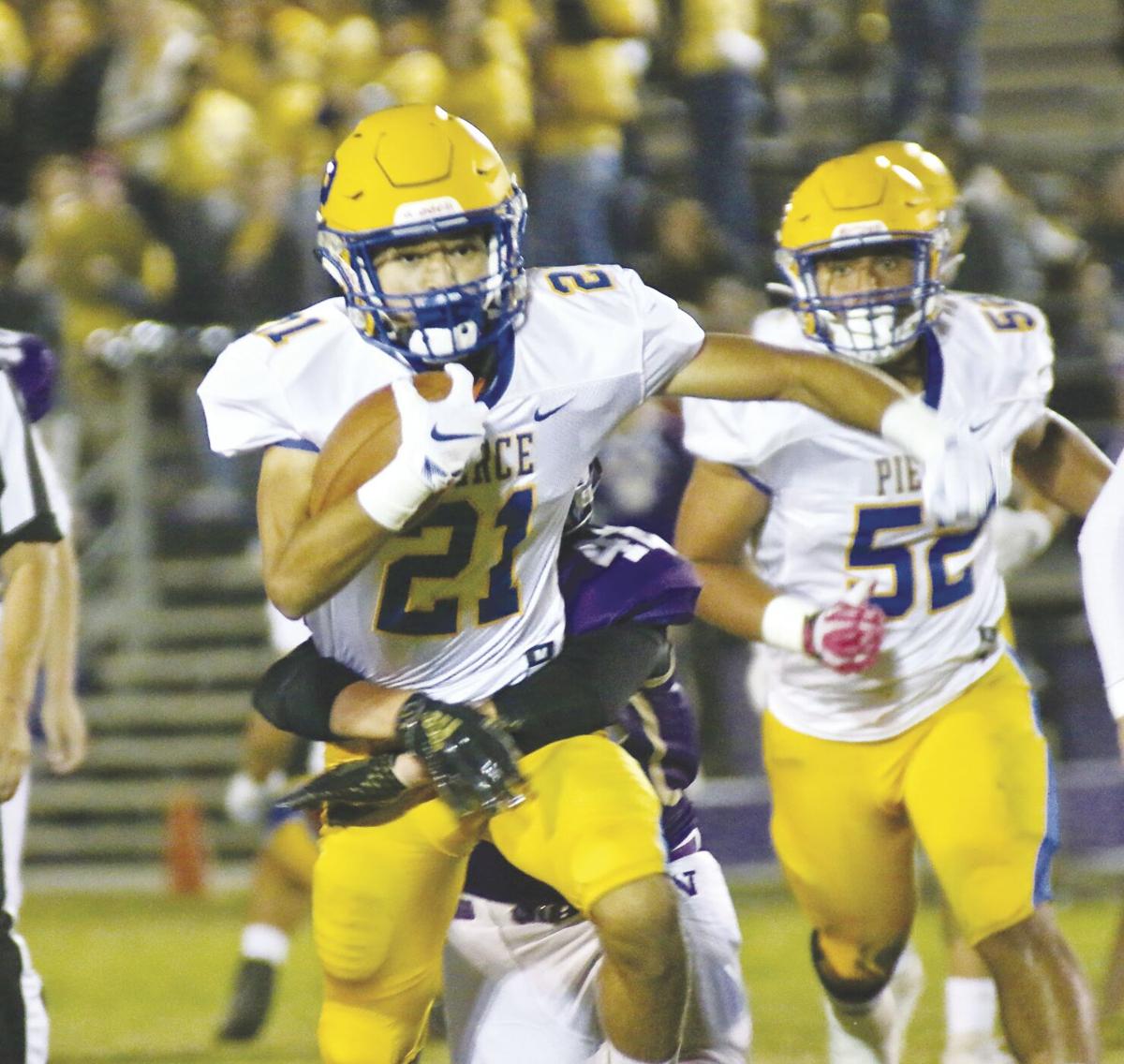 Eduardo Ambriz of Pierce during a game in 2019. All conditioning workouts have been suspended at Pierce due to the rise in COVID-19 cases.

Xander Perin of Marysville during a recent conditioning drill. Official practices across the board have been delayed until after the New Year due to the latest spike in coronavirus cases.

Eduardo Ambriz of Pierce during a game in 2019. All conditioning workouts have been suspended at Pierce due to the rise in COVID-19 cases.

The drop into the most restrictive tier (purple) for the vast majority of the 58 counties across California has forced a delay in any guidance regarding high school sports for the 2020-21 school year.

The California Interscholastic Federation (CIF) does not expect the state public health department to issue any up-to-date guidelines for schools to return to full practice and competition until at least after the New Year, according to a press release.

In order to provide the best experience for all sports, CIF has taken Northern California regional and state postseason tournament play off the table.

Most schools in the Yuba-Sutter-Colusa area are now facing solely a league season plus section playoffs.

The silver lining, according to Sac-Joaquin Section Commissioner Michael Garrison, is that the state will eventually be providing a pathway for many of the sports to be played via a high risk versus low risk and indoor-outdoor model.

“If it is tied to the tiered system then football may not be the first to reopen,” Stinson said. “I am hoping that the guidance gives programs a chance to participate.”

Stinson said while no one knows definitively what will transpire in the next month, he remains optimistic that high school sports will be played at some point in 2021.

“Nothing has been canceled,” Stinson said. “To me that is a good sign.”

The Sac-Joaquin section is supposed to meet via teleconference starting today (Friday, Dec. 4) to discuss the sports calendar.

Though disappointed, Marysville football coach Jeff Freeman has been preparing his team each month for the best-case scenario regarding reopening of return-to-play activity.

“This is the year of flexibility you have to  be able to roll with it,” Freeman said. “It’s been out of my control since March. I am ready for my kids to play and have a sense of normalcy.”

Freeman said under a league-only season, Marysville would open at home against Bear River on Feb. 19 for the first of two home games without fans. The Battle of the Bell game at Lindhurst would be Feb. 26, followed by a trip to Colfax (March 5), home against Center (March 12) and at Foothill (Sacramento) to round out the regular season on March 19.

The best case, Freeman said, is eight games, including the Sac-Joaquin Section playoffs.

He said it’s important to note that his program is ready to reopen whenever allowed and has not had a single player or coach test positive for COVID-19 since sports were permitted to return.

Marysville’s biggest rival, Lindhurst, has shut down all its workouts until Jan. 1, according to Athletic Director Bob Jensen.

“It seems like the right thing to do given the spike in our area,” Jensen said. “The reality (is) that the season is not going to start on time and seems to be very much in jeopardy.”

Jensen said at this point the spring season has the best chance at reopening given the circumstances surrounding sports like baseball and softball.

“The CIF has stated that having those sports is the priority since they lost most of their season last year,” Jensen said. “The sports are outside, there isn’t as much direct contact as other sports, and we could probably start the season as late as April and still have a meaningful season.”

Limited fan attendance may even be a possibility for spring sports, Jensen said.

“It is conceivable that there may be spectators at those games,” he said. “They will be able to space out and socially distance and still view the games.”

The Honkers are still conducting conditioning workouts as of now, according to Athletic Director Joel Seaman

“We can still condition in pods of 10, but only outdoors,” he said.

The Sac Joaquin COVID modified calendar that was updated in July says that Season One, known as fall sports, is scheduled to conclude March 20. A lengthy delay into 2021 is likely to tax the school’s facilities, Seaman said.

“The giant ‘if’ is when will Season One start up,” Seaman said. “Keeping the same end date of Season One will help with facilities usage, if (it) gets pushed back it could cause a lot of trouble with facilities.”

“Everyone has been running on hope for such a long time, it’s exhausting,” he said. “ It’s going to be glorious when we see high school competition again.”

Athletic Director Michael Barber said up to this point the school had been running a COVID modified summer program for football and volleyball.

“Everybody is letdown and dejected,” Barber said. “We felt so close, the kids were getting excited and participation numbers were some of the best we’ve had for offseason programs.”

The delay, Barber said, is going to be extremely tough on multiple sports.

“I think it’s just going to cram everything in even more (and) make seasons even shorter, possibly eliminate playoffs,” Barber said.