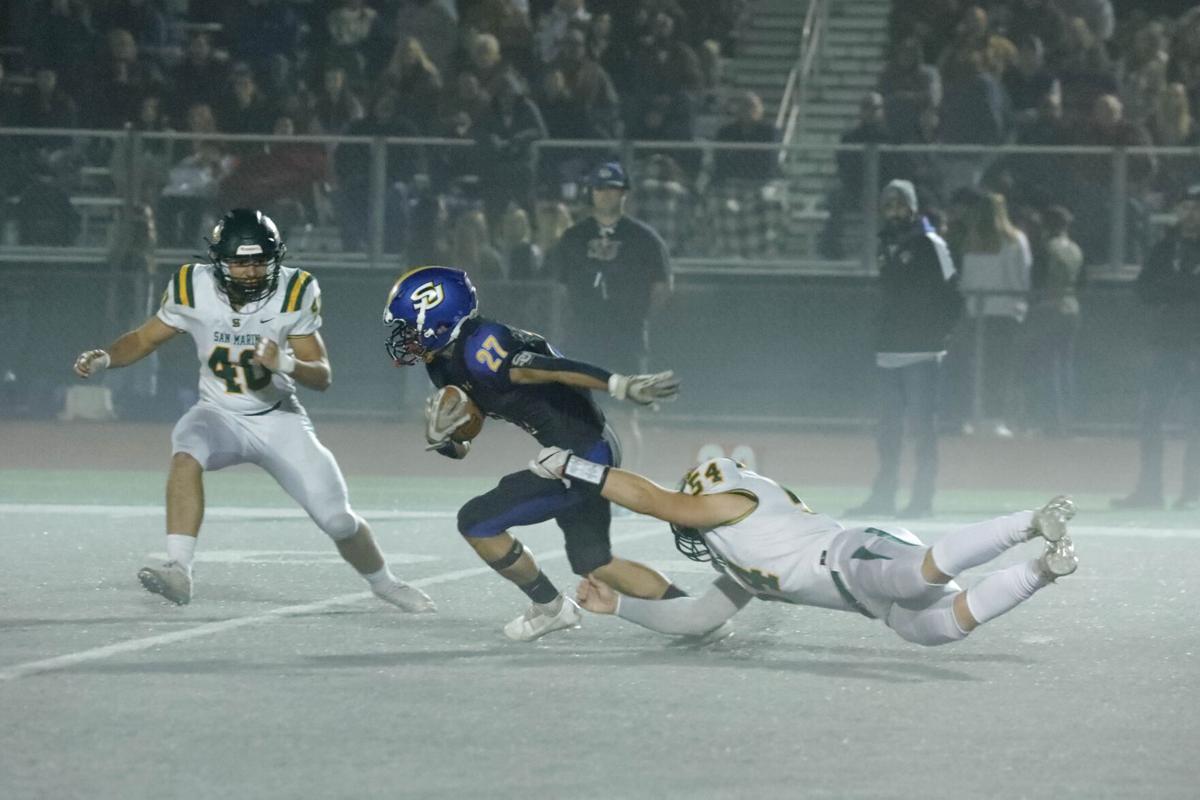 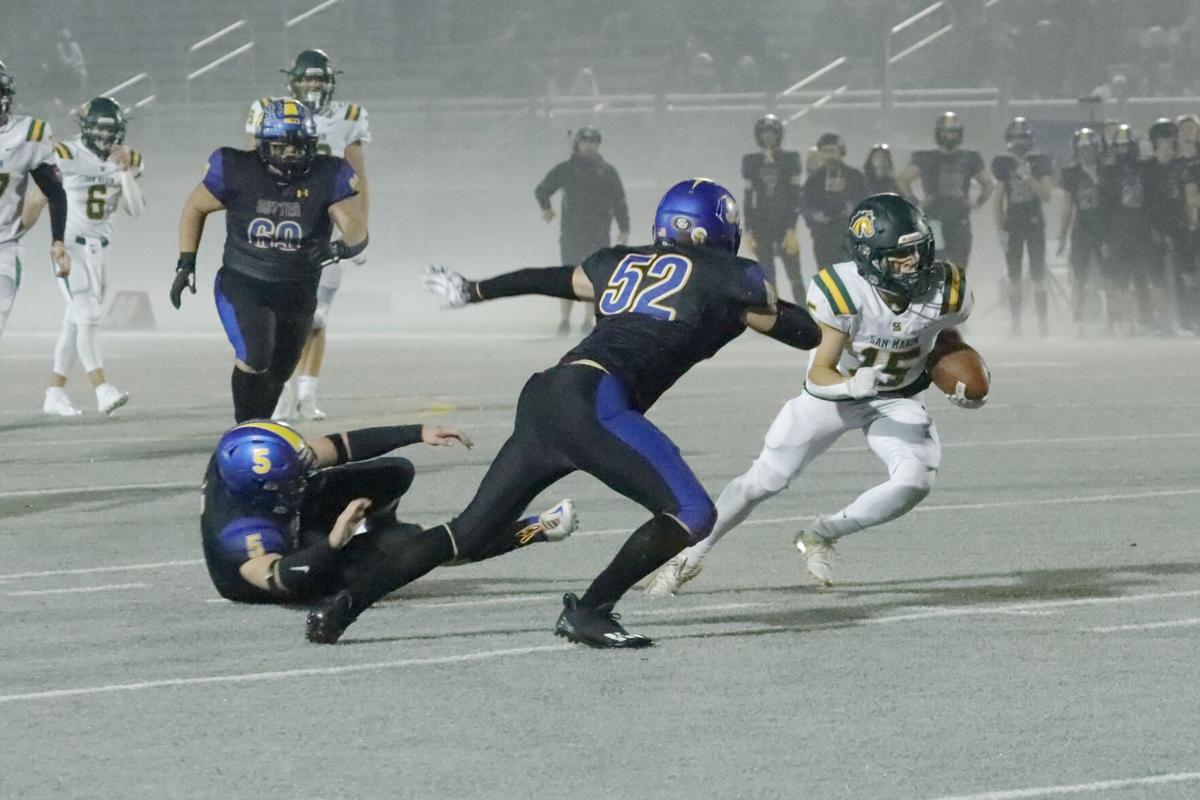 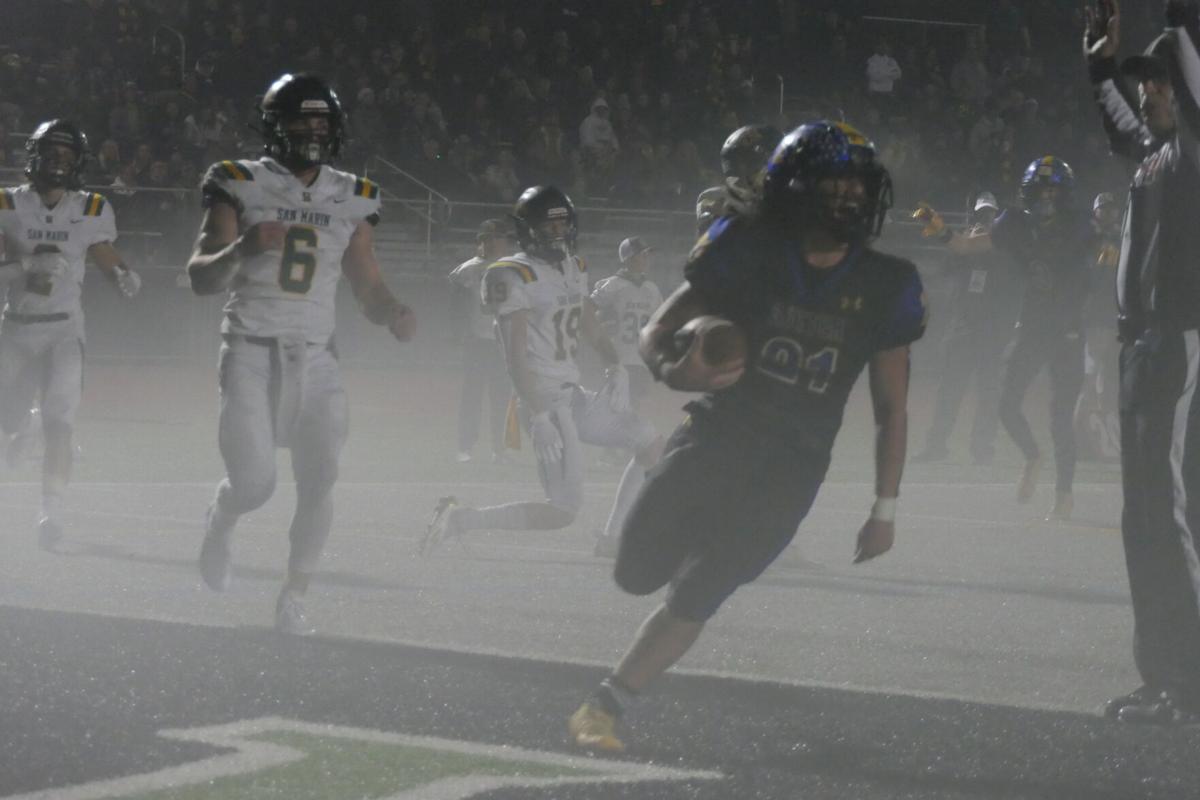 Sutter finished its season at 10-2, while San Marin advanced to the 5-AA state championship against Independence -- a 19-14 winner over Venice in the Southern California 5-AA regional.

Sutter, the Northern Section D-III champions for a record 14th time, got behind San Marin (13-1) within the first 3 minutes of the contest after quarterback Joey Cook hooked up with Andrew Abell on a double move near the visiting sideline that went for 40 yards to put the Mustangs up 7-0 with 8 minutes, 59 seconds left in the opening quarter.

San Marin’s defense followed with an interception on the second play of Sutter’s opening possession to get it back deep in Husky territory. Justin Guin, a 2,000-yard rusher this year, capped San Marin’s next drive with a 21-yard score, extending the lead to 14-0 over Sutter.

When Sutter got it back, a negative rush and false start put the hosts behind the chains, eventually having to punt it back to the Mustangs.

Sutter’s defense finally found some rhythm in the second quarter when it gang tackled Cook for a sack and loss of seven yards on third down, forcing a San Marin punt.

San Marin got back on the scoreboard once more in the first half when Guin motored in from four yards out, extending the lead to 21-0 at the 4:49 mark of the second.

Sutter nearly countered in the closing minutes of the opening half, but quarterback Trevor Eck was intercepted for the second time in the back corner of San Marin’s end zone.

Sutter kicked off the third quarter with a 76-yard drive that was punctuated by a Nic Fisher 33-yard touchdown run on fourth down to cut it to 21-7 with 6:36 left in the quarter.

San Marin answered with another scoring strike from Cook to Abell from 34 yards to extend it back to a three-touchdown game at 28-7.

The Mustangs put the finishing touches on the regional championship when Guin picked off Eck and returned it 55 yards for a touchdown, pushing the Mustangs ahead, 35-7 in the fourth quarter.