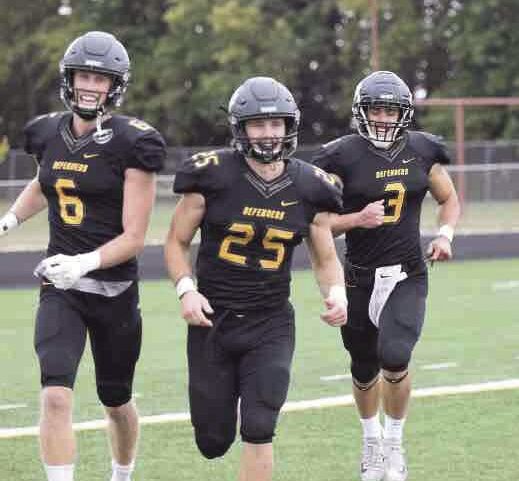 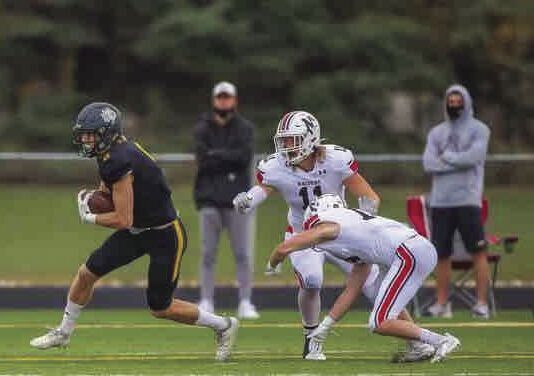 Heuvelhorst will remain on the sidelines after he suffered a season-ending kidney injury following Dordt’s loss to top-ranked Morningside on Oct. 31.

The injury, Heuvelhorst said, wasn’t as bad as initially forecasted, and he remains on schedule to make a full recovery.

He said the injury happened after he was hit smack dab on what he was told was a “defective kidney,” that he didn’t know about.

“I had a stent put in to relieve inflammation on my kidney,” Heuvelhorst said.

Saturday will only be the second game that Heuvelhorst misses while at Dordt. During his senior season he was the team’s second-leading receiver with 28 catches for 266 yards and a couple touchdowns. He was averaging nearly 10 yards per catch and 38 yards per game in seven contests this year.

Dordt, a National Association of Intercollegiate Athletics program, is 6-2 and was ranked as high as 24th in the country at one point with Heuvelhorst as one of the main targets.

Briar Cliff, meanwhile, is 1-7 coming into its senior day.

For Heuvelhorst, this year marked a lot of changes, beginning in the offseason when the team was forced to work a lot over the internet due to the health crisis surrounding COVID-19.

“It was definitely a challenge not knowing if we were able to play,” Heuvelhorst said. “A big change team-wise was maximizing communication with position groups and with incoming freshmen groups, which we have never done before.”

He said it brought everyone closer together.

“Facetime and group chats mostly with incoming freshmen and teammates,” said Heuvelhorst, referencing the summertime communication. “It was something I wish I would have had coming into my freshman year. COVID made our team stronger.”

Outside of the football field, Heuvelhorst said daily life was fairly normal in Iowa. He said classes remain in-person rather than digital to this day.

“It almost felt like a normal semester,” Heuvelhorst said.

In fact, the biggest change to Heuvelhorst’s day-to-day life is having to wear a mask each day in public.

While he has enjoyed his time in the midwest, Heuvelhorst said he looks forward to one day being able to return west to his rural Northern California home.

Heuvelhorst had plenty of NorCal buddies while at Dordt, including his roommate and one of the best quarterbacks ever to play at Sutter and in the Northern Section, Tyler Reynolds.

Reynolds, a year behind Heuvelhorst, injured his shoulder early this year, but is on track to make a full recovery heading into his senior season at Dordt.

“He is out of a sling and undergoing physical therapy,” Heuvelhorst said. “From what I know it’s going well. He’s going to work hard to get back next year.”

How to watch today: