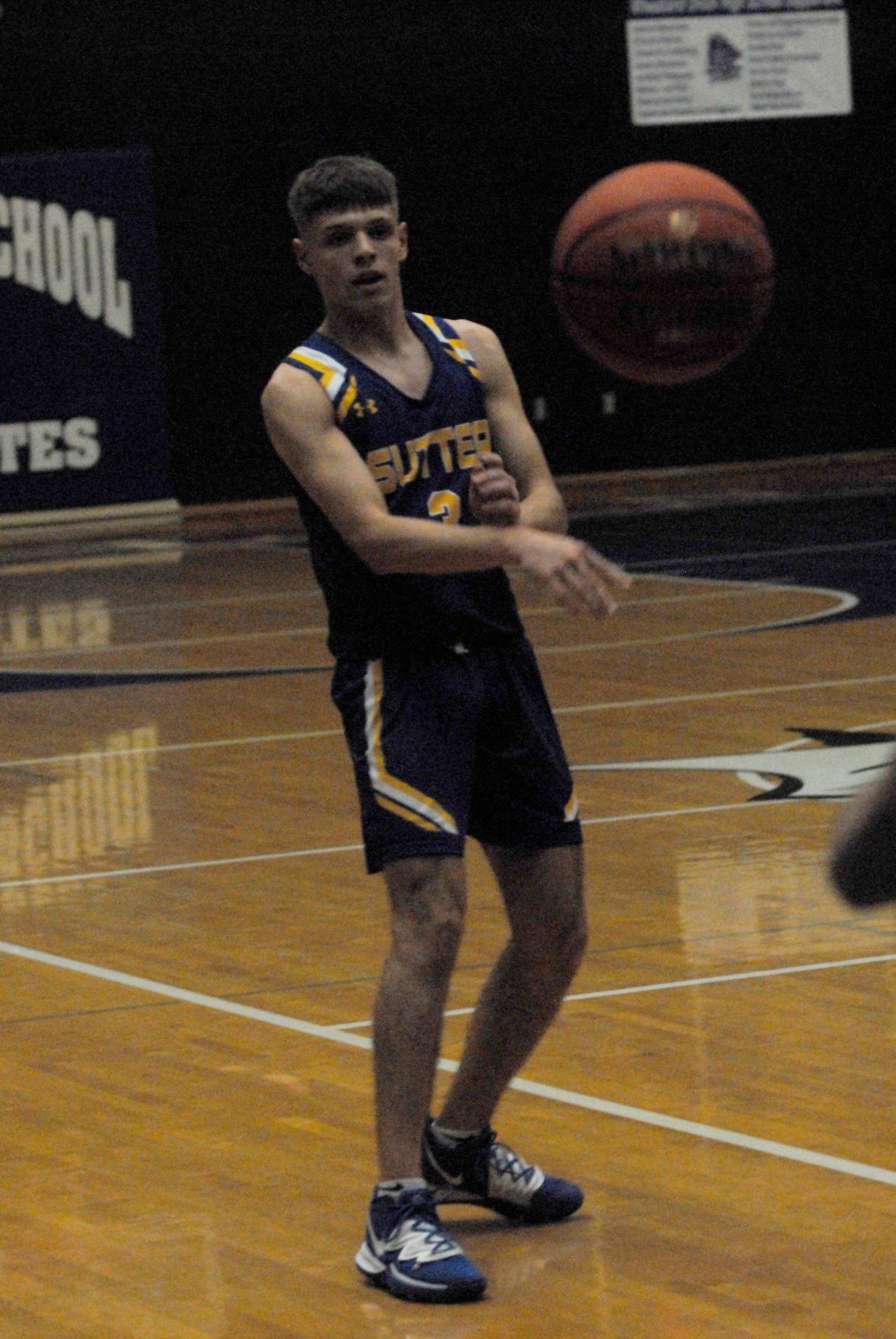 Sutter’s Casey Becker follows through on a pass during the first half of Friday’s game at the Wheatland High gym. 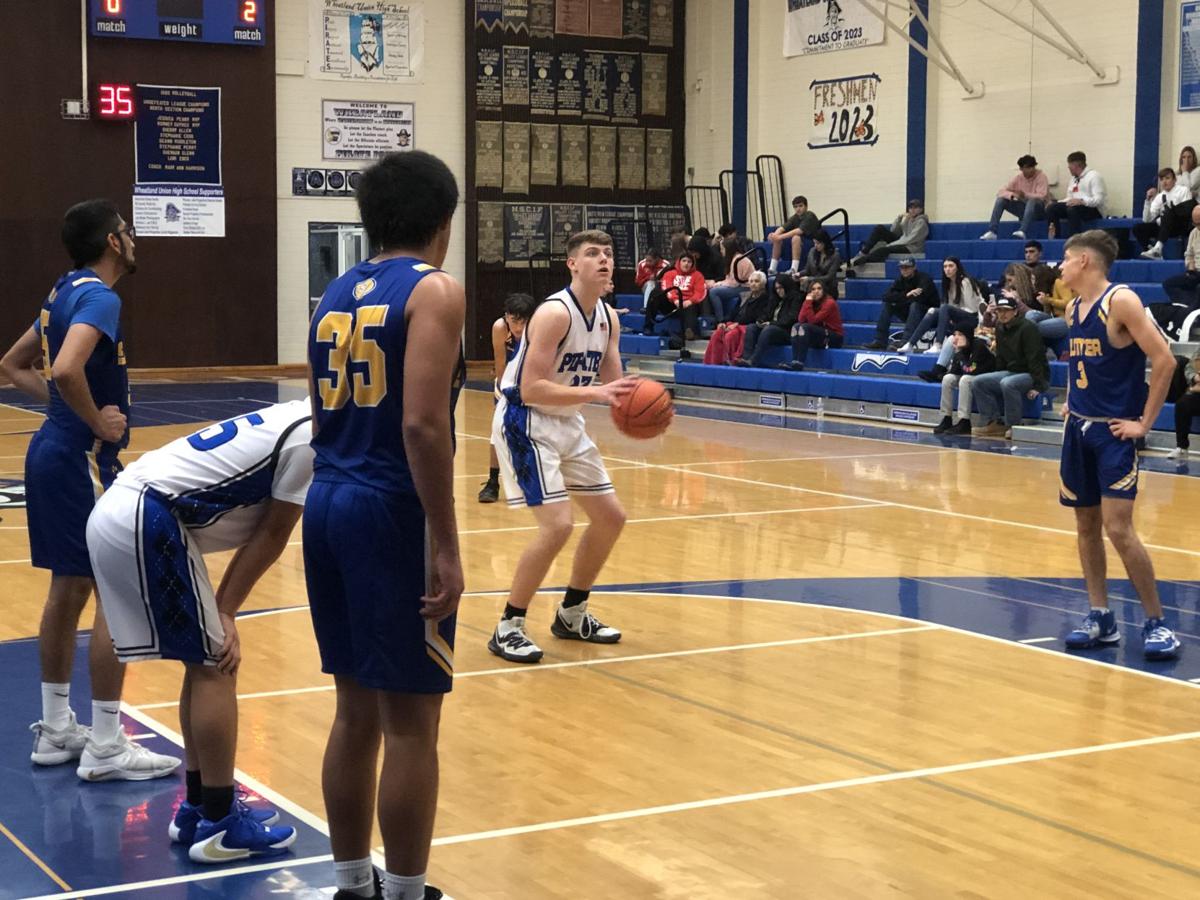 Wheatland’s Tanner McAdams prepares to shoot a free-throw during the second half of Friday’s game at the Wheatland High gym.

Sutter’s Casey Becker follows through on a pass during the first half of Friday’s game at the Wheatland High gym.

Wheatland’s Tanner McAdams prepares to shoot a free-throw during the second half of Friday’s game at the Wheatland High gym.

Coming into Friday’s game, Sutter head coach Michael Brantingham knew his team would be tested. Wheatland gave Sutter all it could ask for in the second half, but in the end it was the Huskies’ clutch free-throw shooting that would ice the game.

“In the past we probably wouldn’t make those (free-throws), but we’ve really been working on those at the end of practice so we have experience shooting them tired and tonight that paid off,” Brantingham said.

After battling back the entire second half, Wheatland’s Chad Wilkins knocked down an electrifying 3-pointer to give his team a 49-47 lead with 1:30 to go in regulation.

“Chad’s shooting tonight was what I expect out of him on a nightly basis,” Wheatland head coach Scott Rounds said. “He was clutch when it mattered for us and it shows just how good he can be in these big moments,” he added.

Then Sutter would slowly rally back from the charity stripe.

First off the hands of Casey Becker, who drove to the basket for the Huskies to draw a foul. After Becker knocked his first pair, he found himself at the line again. This time with the score tied and only 5.4 seconds left.

“He’s a gym rat, I’m sure he’s probably played this sort of situation over in his head numerous times. He enjoys the spotlight,” Brantingham said.

After quieting the crowd with two made free-throws to take a 51-49 lead, Wheatland would try to draw up one last play.

The Pirates tried to heave the ball down court to Tanner McAdams but a collision ensued resulting in a change of possession. Though the Wheatland fans in attendance wanted a foul, the officials did not budge.

Then Sutter’s Ayden Hursky would be sent to the line to try and put the game away.

“i remember everyone telling me to calm down and saying ‘You got this’,” Hurksy said. “I just focused and was able to concentrate on sinking them,” he added.

After Hursky’s two made free-throws, the game ended at 53-49 in favor of the visiting Huskies.

Despite the tough loss, Wheatland was led by McAdams with 13 points and Wilkins with 10 points, including his three fourth quarter 3-pointers.

“We’ve kind of been a second half team all year, we always seem to put ourselves in a hole and that kind of bit us tonight,” Rounds said.  “So hopefully we can work on starting out games with that same energy and go from there.”

As for Sutter, Gaven Gardener led the way with 13 points, while bot Hursky and Becker finished with 10 points.